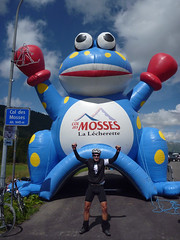 As 2011 approaches, I am relieved happy to say that I have finished my 2010 Challenge.

Overall, I cycled over 130 Cols – not counting repeats.

I managed 27 climbs over 2000 metres. It was looking unlikely until managing 11 in a sensational five day stretch in September (in Italy & Eastern Switzerland). 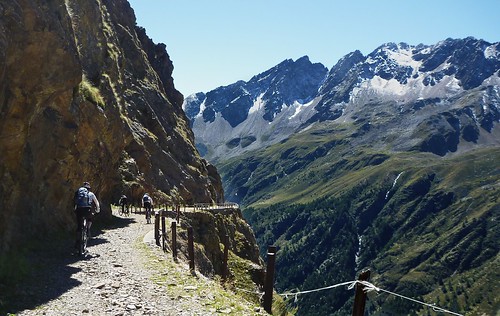 I spent a lot of time scouring maps and managed 50 new Cols. It’s always fun to do a climb for the first time.

For a map and links to trip reports of all major 2010 climbs see here.

I managed 17 metric centuries in 2010. These ranged from mountainous and very challenging (like La Marmotte), to one flat century, and three on the indoor trainer (including yesterday). The Indoor trainer is a necessary evil …. similar to root canal.

Given that before June 2007 I had NEVER done a metric century, this part of the challenge kept me on edge throughout the year.

Although still hours behind the winners, I trained pretty hard for this and managed to knock almost 90 minutes off my 2008 time.

In the heat, the final climb up Alpe d’Huez was one of my toughest/worst moments on a bike. But the beers after tasted extra sweet.

I am now officially retired from La Marmotte. 🙂 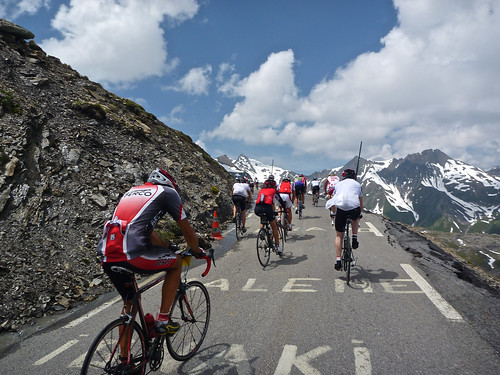 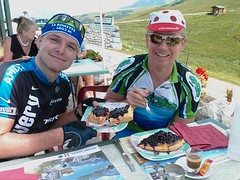 After losing a lot of weight in the first months of the year (due to Marmotte-fear), I have gained some back. But I’ll finish the year lighter than I started it – unless Christmas is especially gluttonous this year.

Thanks again to all the people who have tolerated my silly challenges – and joined me for some great rides. I had loads of fun cycling with a lot of great people this year: 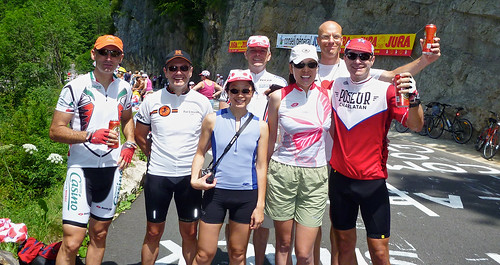 The Best Ride of the Year?

That’s a tough call. But the weekend in central Switzerland in the Berner Oberland was probably the most beautiful: