Passo Lucomagno (Lukmanierpass) separates Italian-speaking Ticino and German-speaking Grisson. It is never a steep climb, but 41 kilometres and 1650 metres of ascent — entirely into a strong wind — made this quite a ride.
Lucomagno comes from the latin lucus magnus meaning big forest. 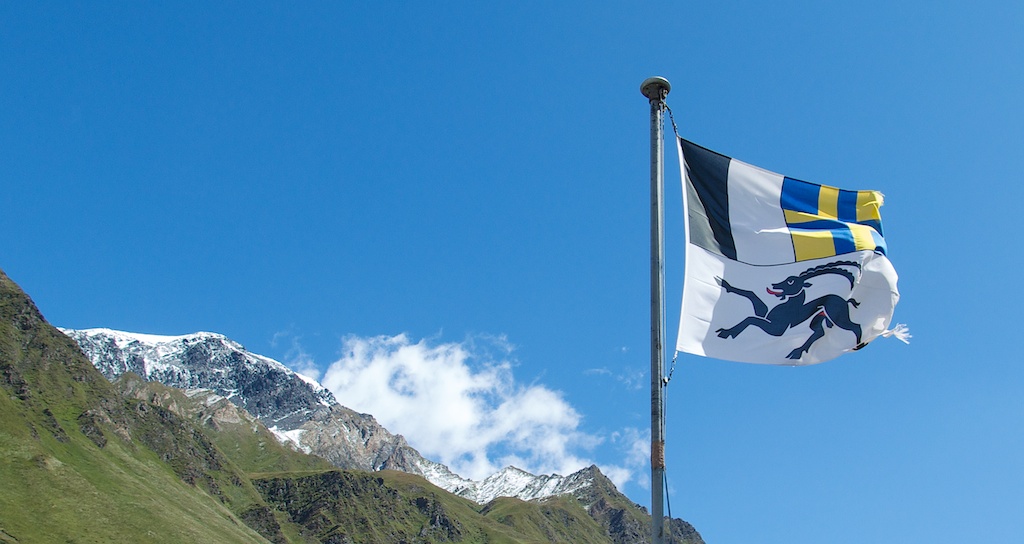 South and North side profiles:

Starting from Biasca the first kilometre feels almost like being on a highway. But the key to this ride is following the Swiss National Cycling route signs. This soon leaves the main road, and for much of the route uses a quieter and more scenic paved road – especially on the lower section where the main road passes through several villages and can have sparse but fast traffic. 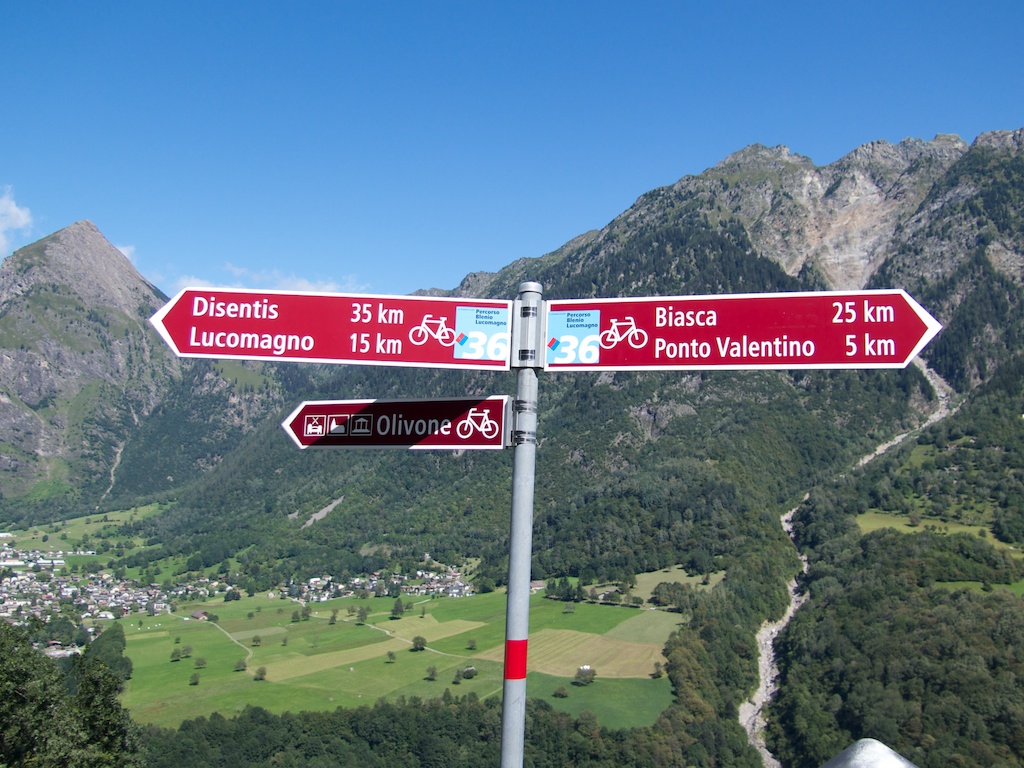 There is evidence that the pass has been used since at least the third century. In 1374 the Abbaye in Disentis built a refuge and a chapel dedicated to St. Mary at the summit. The modern road was finished in the 1870’s.

Nice hairpin, off the main road

At the summit is Lago di Santa Maria. The dam is on the far side of the lake. But alongside the lake is a big Galleria/Tunnel — the high point of the route (1980m) is in the tunnel — and with the wind and cold I decided not to visit the diga (dam) or descend the far side. But I have included above the profile for the north side.

The original refuge was flooded over with the creation of the lake in the 1960’s and a new hospice (ospizio) and chapelle were built at the pass.

The crazy wind diminished my enjoyment a little, but this is a very nice climb.

Twice the distance but the same elevation gain as Ventoux. This is a very long, gentle climb through a typically pretty Swiss valley. Shame about the galleria at the summit beside the lake.