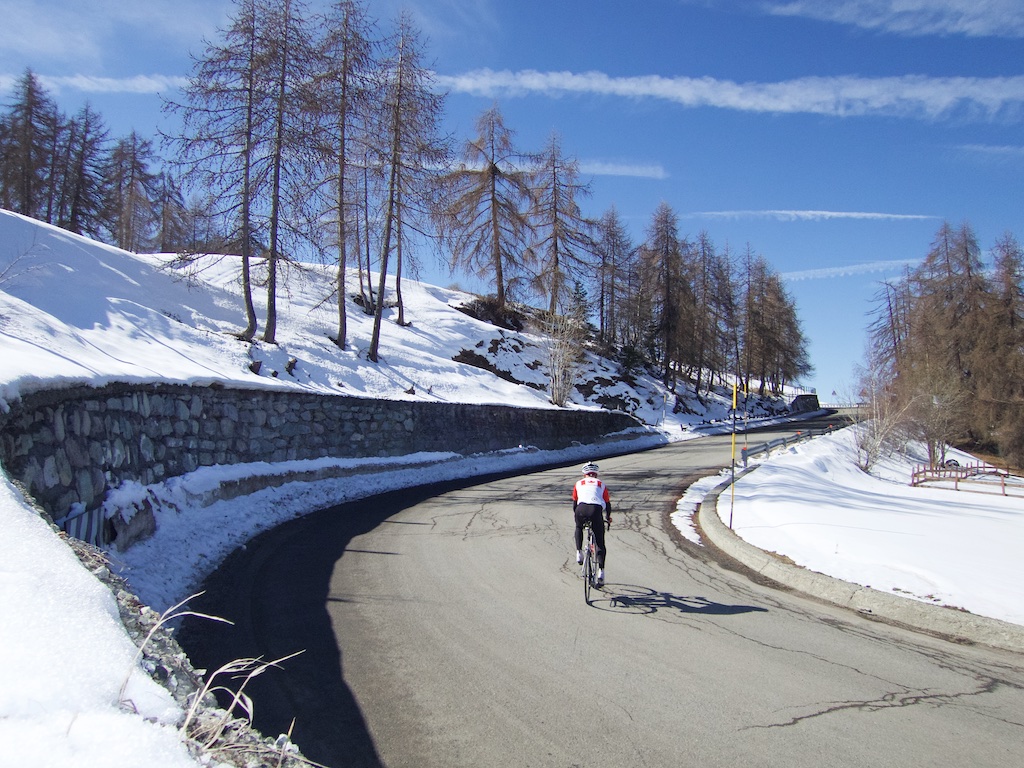 Pila is the ski station high above the city of Aosta. In fact, if you are driving on the autoroute, you may see the gondola ski lift running over the highway that goes all the way up to Pila.

For more climbs in the Aosta/Piemonte region see here.
This is a big climb, on a wide road, typical of purpose built ski stations. 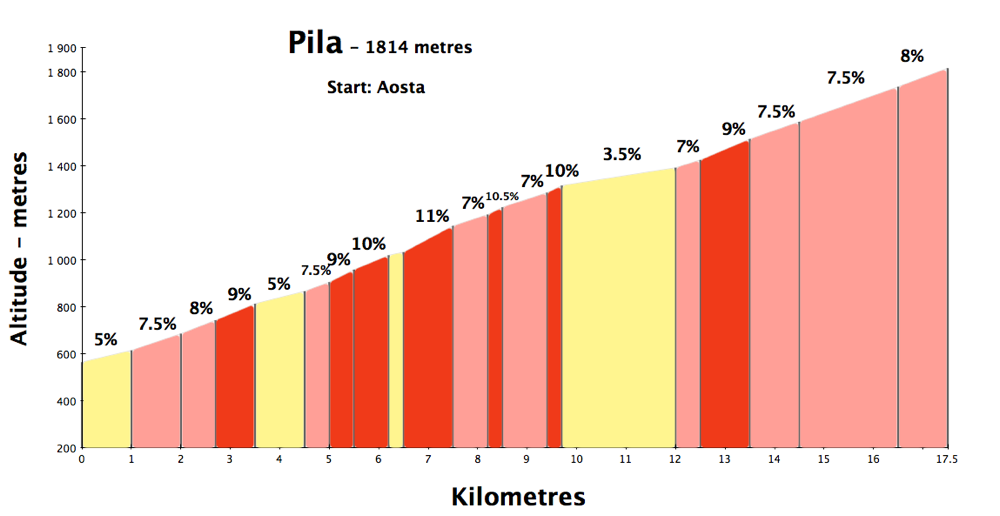 Aosta is in view for most of the climb. It didn’t take long to feel like I was making progress. 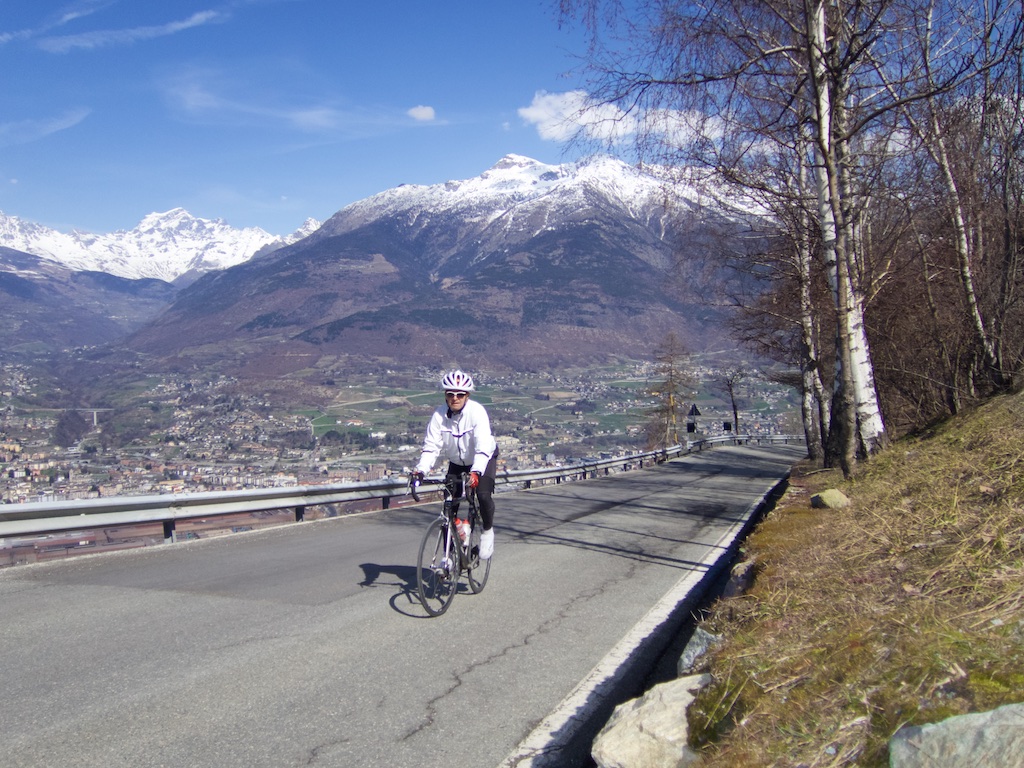 The road starts by quickly passing under the ski lift several times, and a few more times as it gets higher. I suppose this helps keeps tourist cars off the climb. 🙂 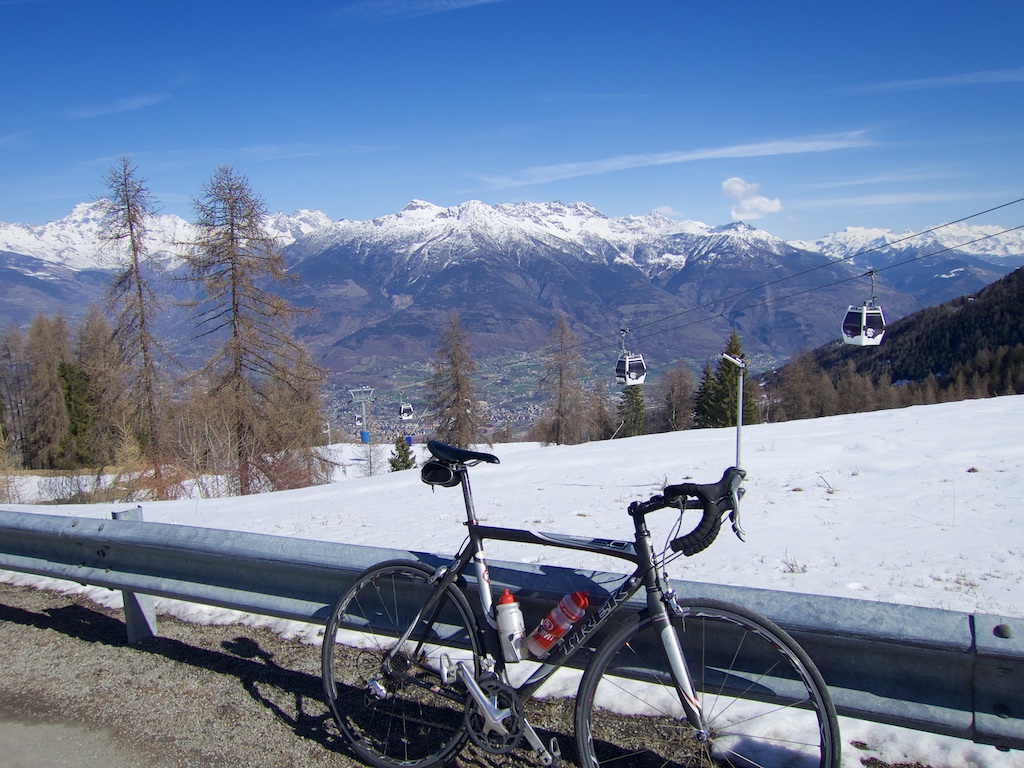 I made a rookie mistake for cycling at this time of the year: I usually avoid north-facing roads, as they don’t get much sun, and melting snow can run onto the road and freeze at night, creating black ice.

I was caught off guard less than half way up and slipped on an ice patch. Nothing injured except my pride – I was going very slowly and in fact the motion of unclipping a pedal brought me down. 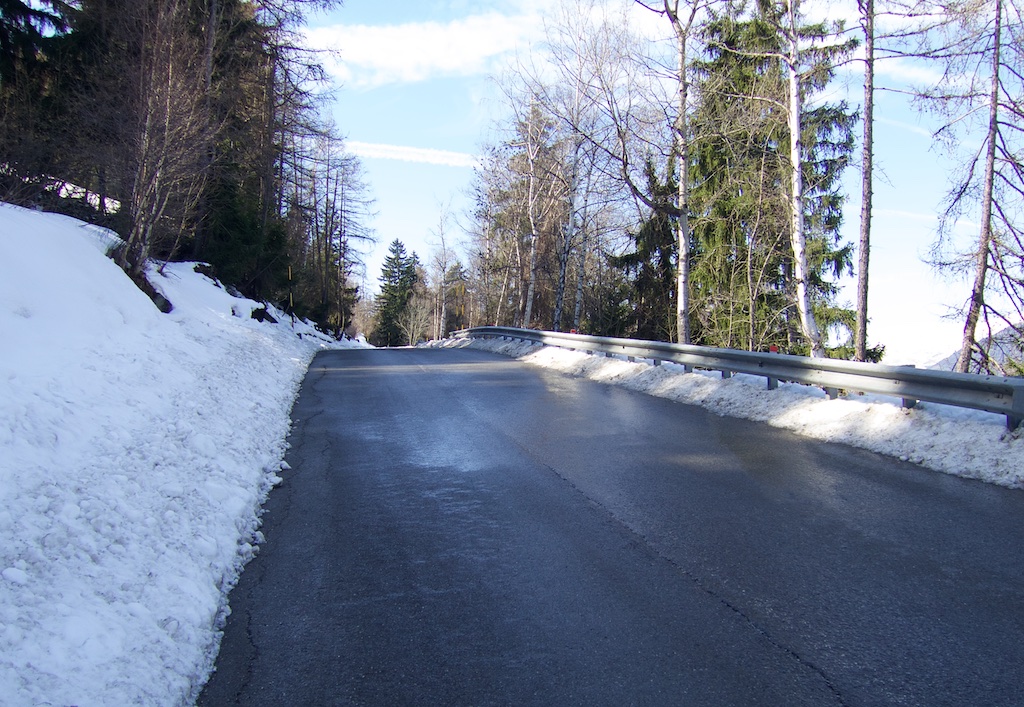 This is black ice

I was careful from this point on, and there were a few other tricky stretches, but generally the road was fine. No worries. 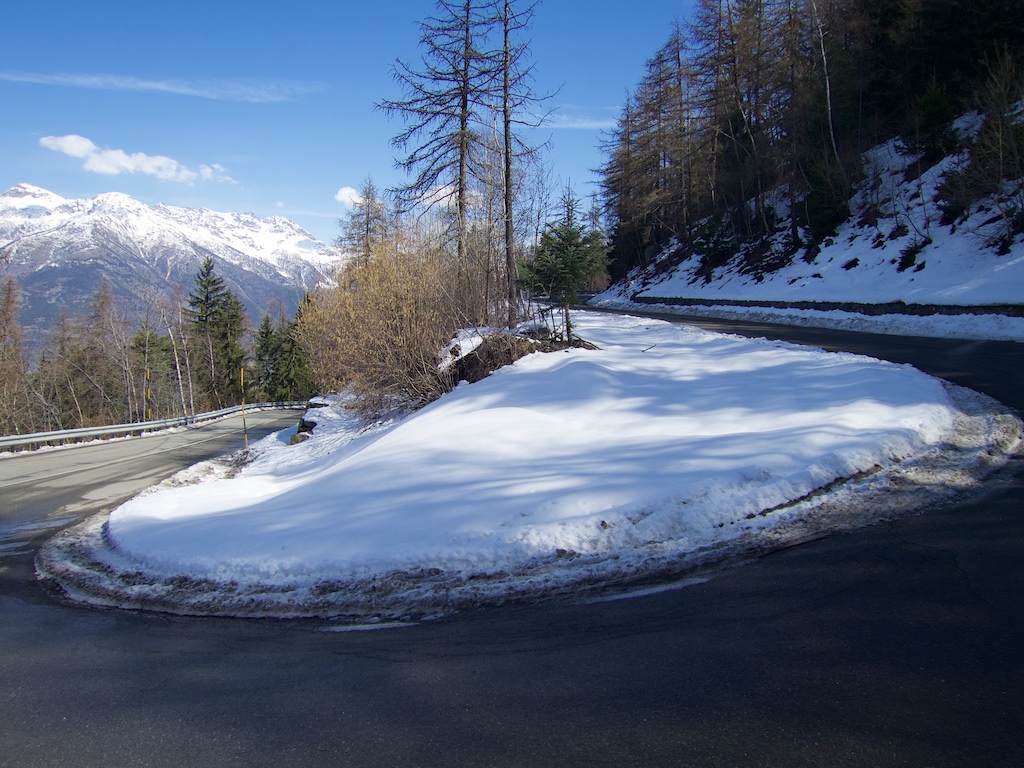 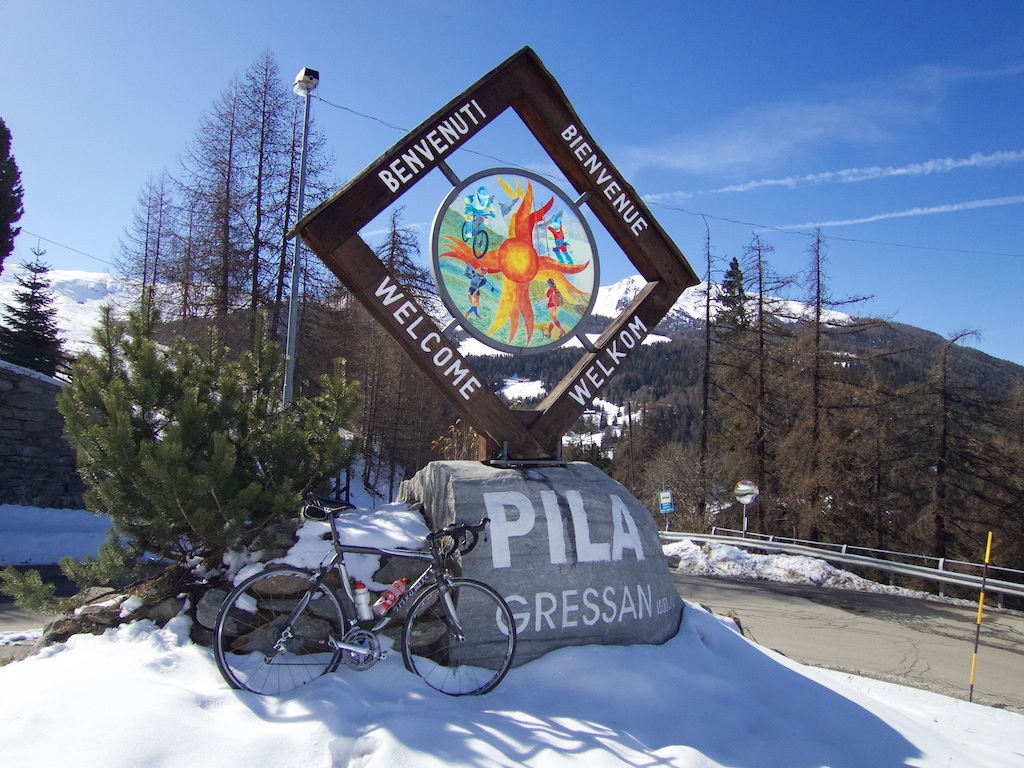 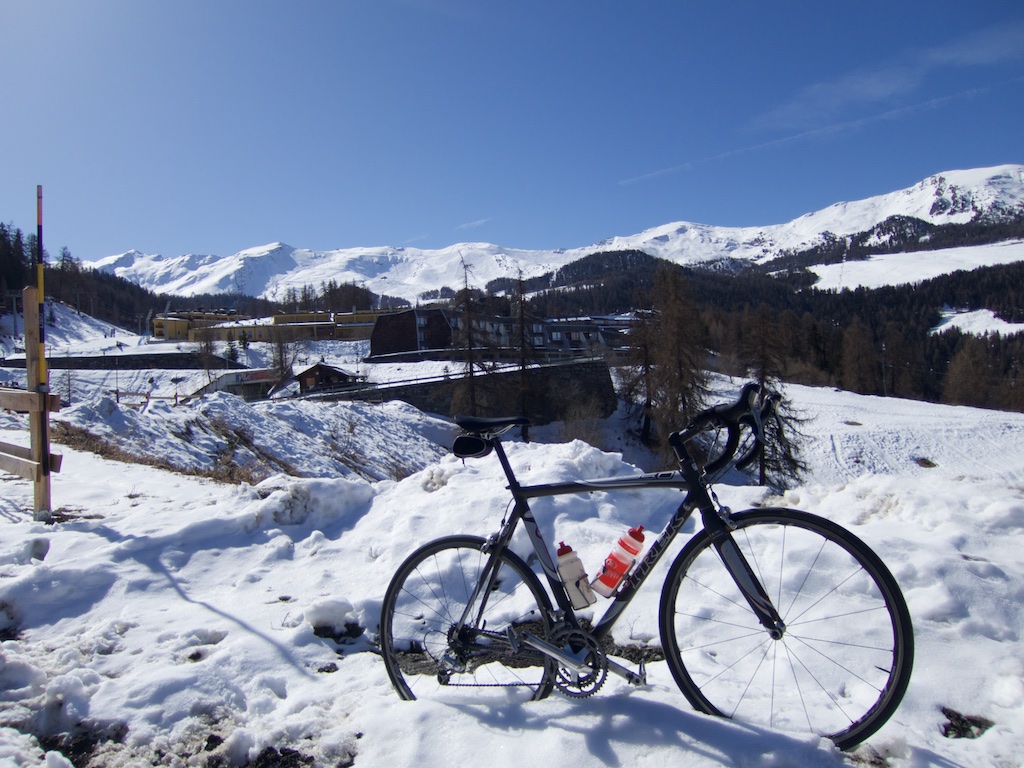 For more climbs in the Valle d’Aosta see here.

I had planned to descend on an alternate route – the SR40 – and it probably would have been fine. But it seemed a quieter, north-facing road and I was worried about ice. So I just gingerly descended the same way I had climbed.

Despite the little incident, I enjoyed this ride. I assume it is dead quiet once the ski season ends as there is not much up top. Just another enjoyable, big cycling climb in the Valle d’Aosta.