As the story goes, the organizers of the Tour de France were looking for new routes in the Pyrenées, so in 2006 they paved the last 5 kilometres of an old trail on the south side of Port de Balès (pronounced “baal – ess”) to link to a little forestry road in the north side creating a huge “through” climb.

The Tour has now crossed Port de Balès three times (’06, ’10, ’12) and appears primed to make more visits in the near future. Kim Kirchen was the first to cross the summit in its debut year but its most famous Tour memory must be “chain-gate” in 2010 when Andy Schleck dropped his chain during an attack and lost the yellow jersey to Alberto Contador.

I started from the base of the south side in Bagnères-de-Luchon. The first four kilometres follow the “Route des Cols” towards Col de Peyresourde, before turning off onto a quieter road. The early stretches pass through some small villages, but one has the feeling of getting into ever more remote country.

I passed a little house with a photo of every Tour de France winner: 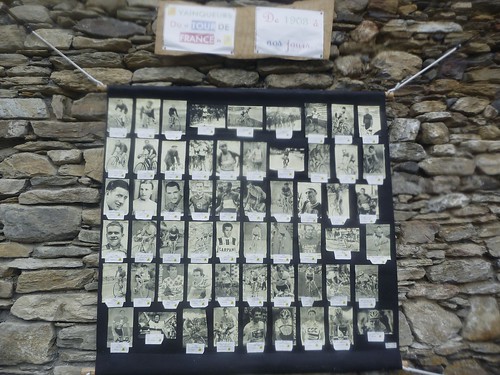 The real fun starts on the south side at the tiny ski village of Bourg d’Oueil. It’s here where the “new” paved stretch begins. 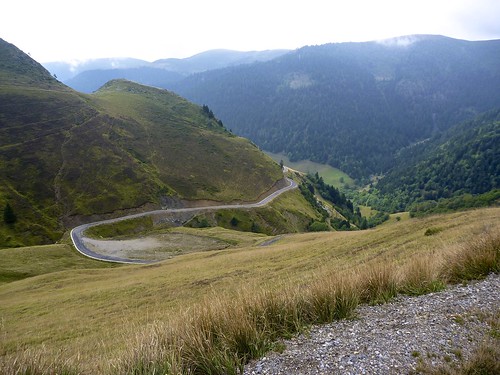 At the summit I passed into thick fog and had little idea of what the other side looked like for much of the beginning descent: 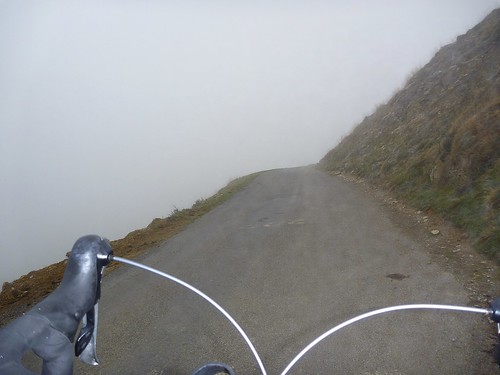 The north side is even better than the south side. Almost completely undeveloped from the start, it’s just a wonderfully remote climb, starting out easy, but at times quite steep.

I was slightly nervous passing through a couple of herds of cows with calves, but they seemed cheerful enough. 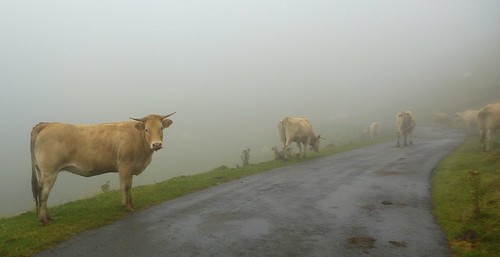 At the top, it was cold and wet, but I was well prepared … see the small “before” and “after” photos as I piled on layers and stayed warm for the 20 km descent back to Bagnères-de-Luchon.