“Ride the Alps” is a series of non-competitive bike days in Switzerland sponsored by Switzerland Tourism and a sporting goods company. Yesterday I attended the “Ride the Alps Vaudoises” day (Vaud is a canton is the western, French-speaking part of Switzerland). See here for more of their upcoming events.

Given the current heat-wave, I decided an early 7:30am start would make sense. I had the great fortune to bump into an old friend, Alain Rumpf, who had designed the route. In fact we would ride most of it together. Unexpected fun.

A Swiss With A Pulse is Alain’s cycling focused web site.

See here for a brilliant loop from Aigle that climbs to and rides alongside Lac de l’Hongrin. 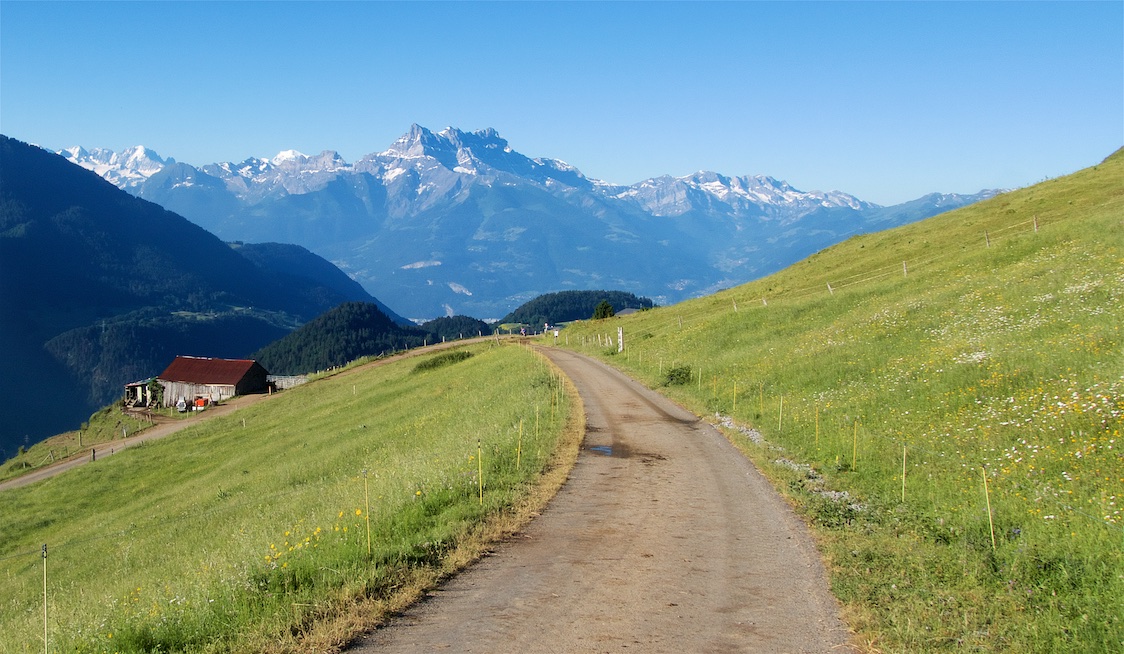 Alain is a very, very strong cyclist but he cheerful rode my pace (he would ride a second lap later on). Of course, we chatted the entire time. Brainstorming ride ideas, sharing favourite routes, planning future adventures, etc.

And of course, stopping to take the occasional photo: 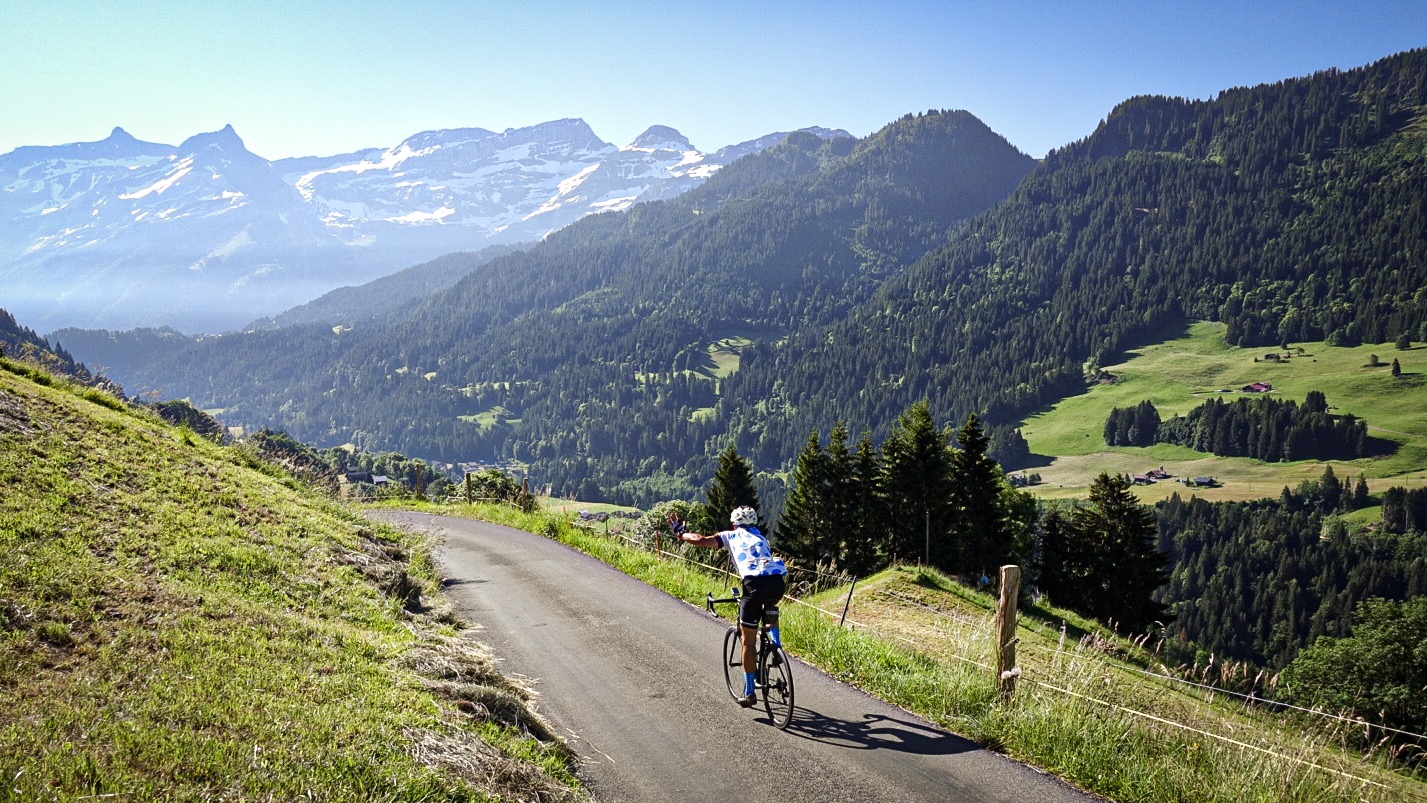 As we approached the finish, I saw a field full of hay bales. I yelled at Alain to stop. He knows my twitter account and how I enjoy #haysurfing.

He laughed, stopped, and was a VERY good sport and agreed to make his hay surfing debut. Wooohoooo! 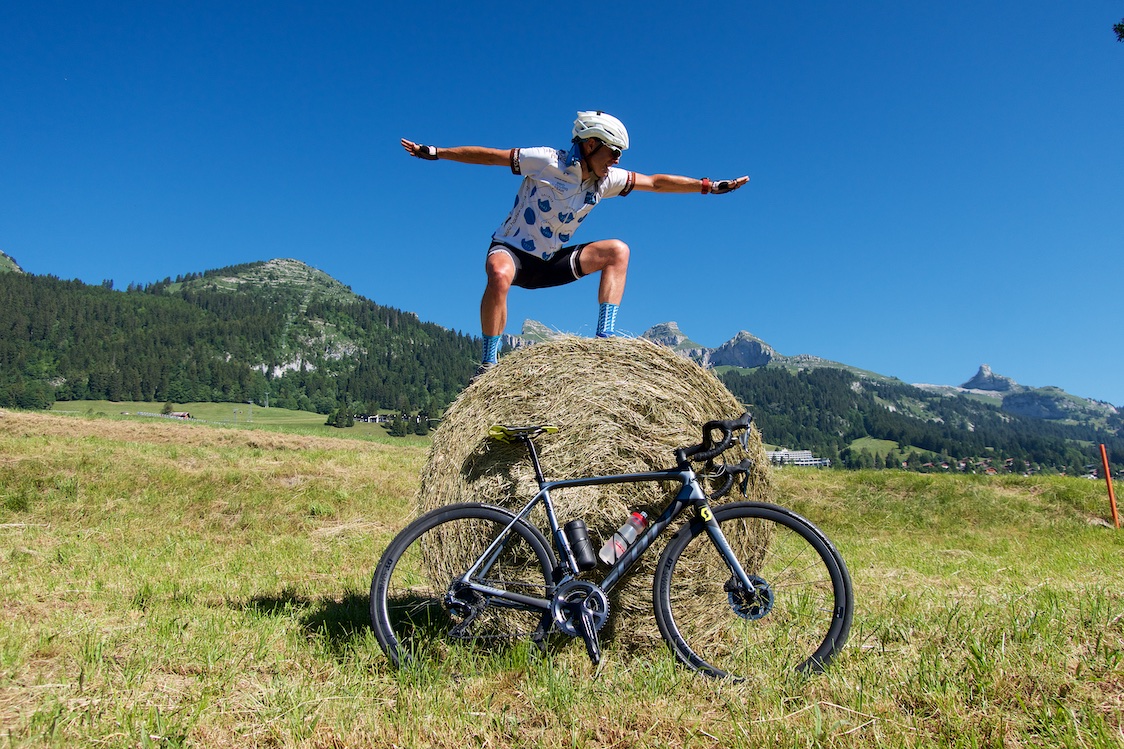 Note: As the map profile below shows, we also traversed Col des Mosses (1445m) and climbed past La Forclaz (1261m; a geographic col according to the experts at Club des Cent Cols).