Two quiet, scenic climbs in the Hautes Alpes region of France, both starting from the village of Corps on the Route Napoleon.

The climb to Notre Dame de la Salette is a big, wide road, but barely a car. The weather was supposed to be 100% sunny, but unfortunately I got caught in a cloud that wouldn’t clear. So the famous views from the summit were mainly a rumour.

In 1950, an airplane with 51 people, 49 Canadian, crashed into nearby peak Grande Tête de l’Obiou. The victims are buried at a very well tended cemetery/memorial a few kilometres along the road. 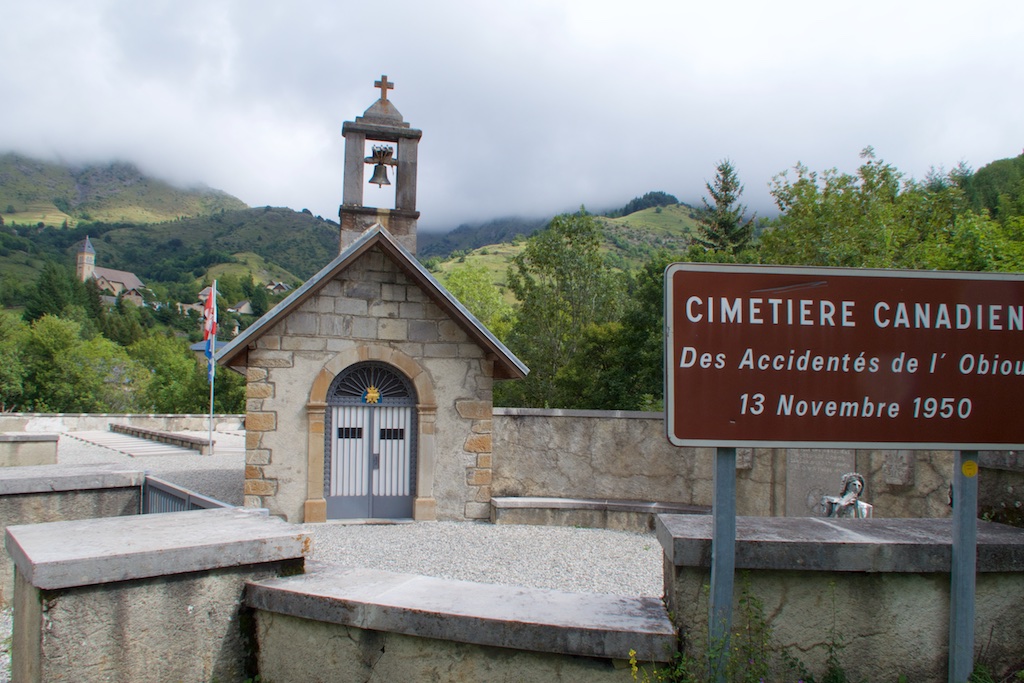 The climb is not too steep, but has plenty of nice curves:

In 1846, two children had a vision of the Virgin Mary. Long story short: There is a now the Sanctuaire and Basilica – built in the 1850’s – perched in a spectacular location at almost 1800 metres.

I had considered bringing a mountain bike as I “think” it “might” be possible to get over the ride behind the sanctuary. But given the fog, it was probably a good decision to be on a road bike.

I descended back to Corps. It’s a very nice village with several inviting restaurants. I kept it simple and had a panini and then set off again towards Col de Parquetout.

My mapped route below is excellent. A very, very quiet, scenic road that takes several kilometres to join the main west side of Col de Parquetout.

First, the road would climb past Col de l’Holme – 1208 metres – before gently climbing to Parquetout. I haven’t put the profile for the west side of Parquetout as my route was a fairle gently climb perhaps 550 metres of ascent over 14kms, roughly 4% average. But the north-east side is brutal: 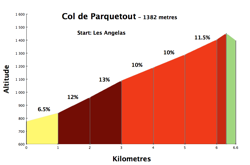 Strangely, Col de Parquetout is at 1382 metres but then immediately heads steeply UP to roughly 1450 metres before descending down a very, very steep road through the woods. I was quite scared descending, mainly because I realised I would have to turn around and climb this monster (see profile above). Hard work, but I was pleased that I had descended to the bottom of the far valley.

There is no easy way to make a loop and avoiding the busy Route Napoleon, so I just cheerfully returned to Corps the way I had come.