Trending
You are at:Home»Favorites»Schwarzsee (Matterhorn) 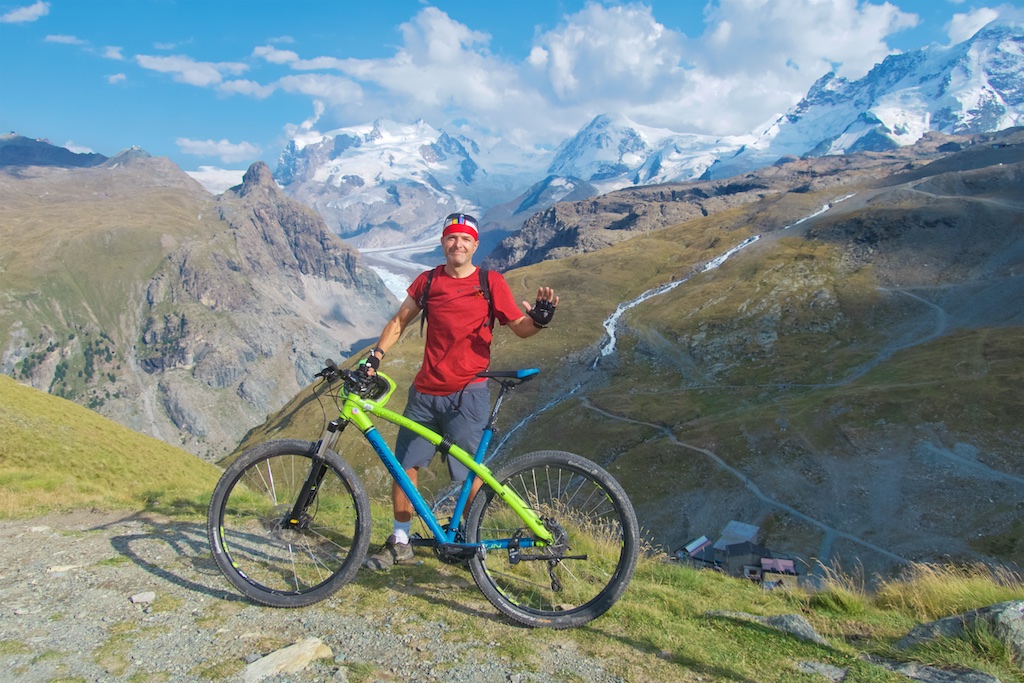 Doreen and I were in Zermatt for 4 days to celebrate our 20th wedding anniversary. 3 days were filled with fabulous hiking, and one day I rented a mountain bike to attempt the amazing Gornergrat ascent to 3135 metres.

Since I only had one day to bike, I decided to try another cycling climb late on the same day after surviving the Gornergrat: From Zermatt up to the top of the Schwarzsee ski-lift right beside the Matterhorn at 2583 metres. 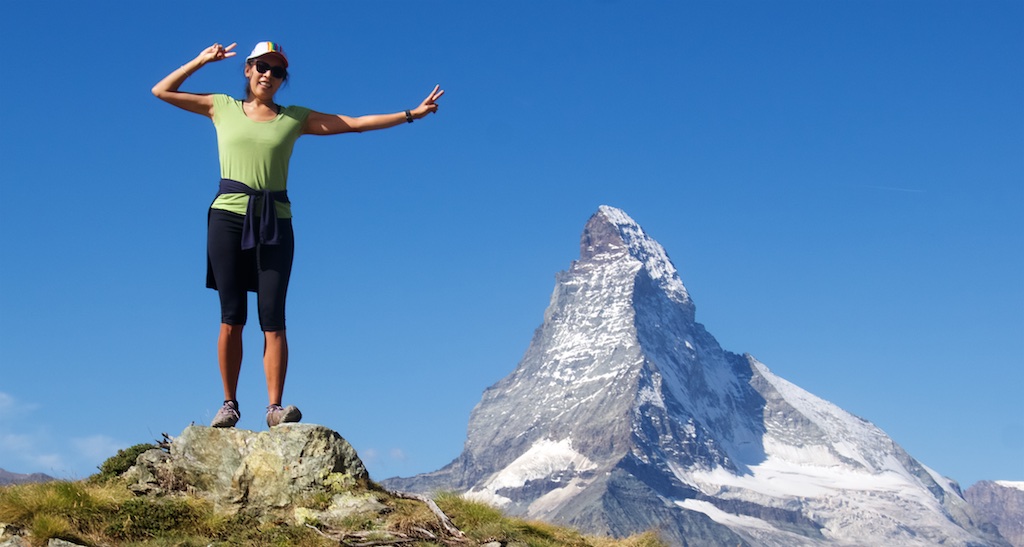 Hiking with my lovely bride


The climb to Schwarzsee: From Zermatt, the route heads up to Furi on a nice, paved little road that is even signed as a wheelchair route. So smooth and not too steep. Relaxing climbing. Detailed map at bottom of post. 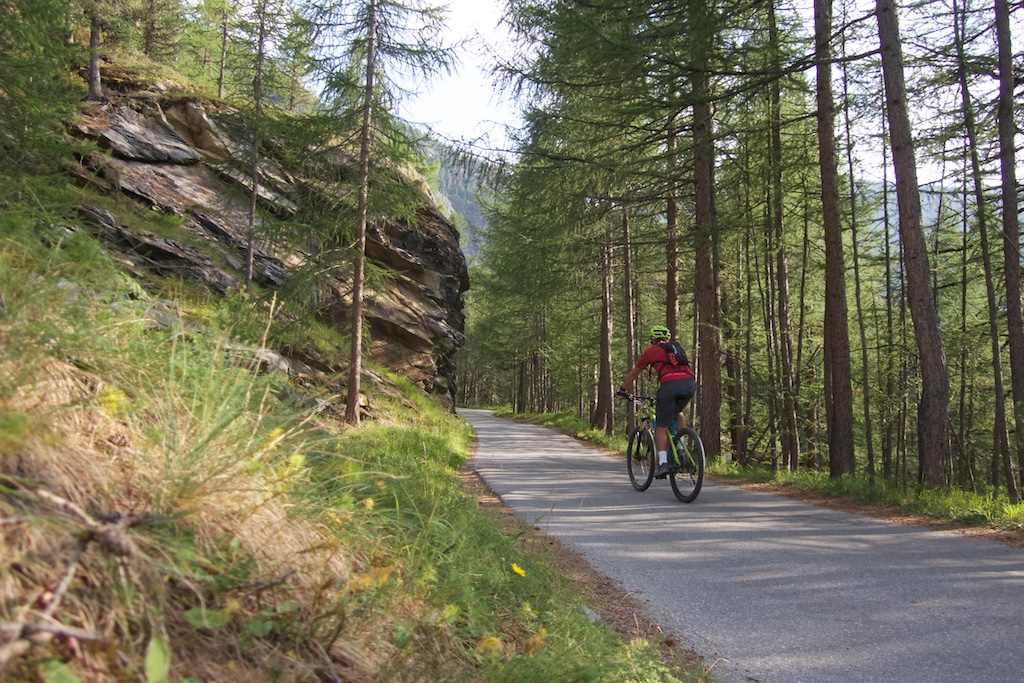 The paved road continues until the dam/lake near Zmutt at roughly 2000 metres. 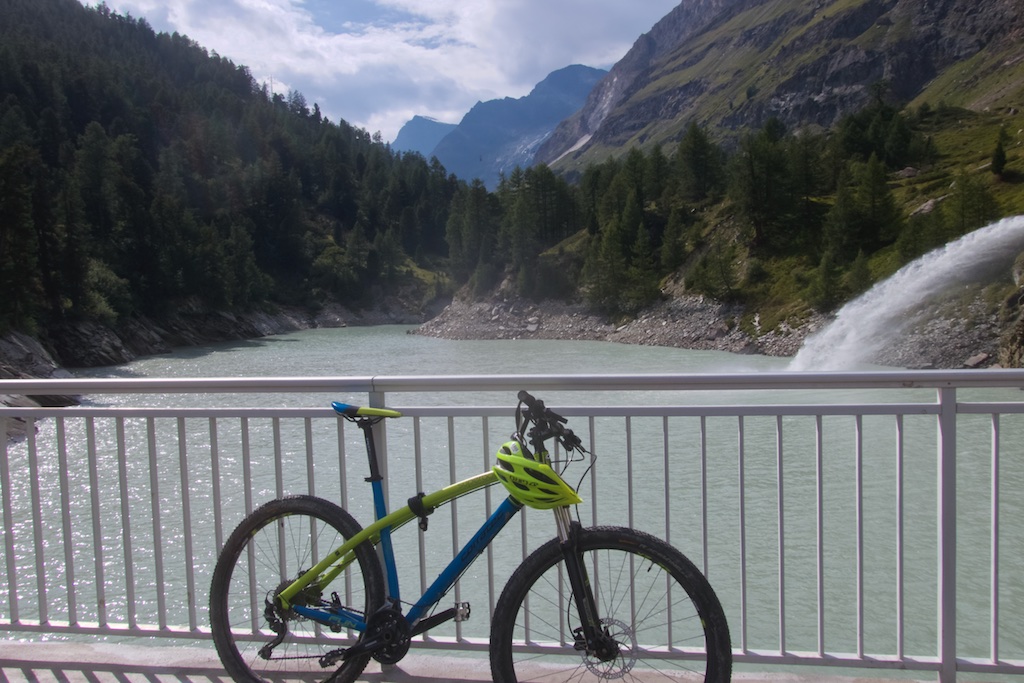 Water from the glaciers further up the valley

Beyond the dam, the road soon gets far steeper as it hairpins above the tree line. I struggled with decent photos with the clouds and the direct sun, but the Matterhorn towers over this climb. Probably even better views early in the day with the sun not behind the Matterhorn. 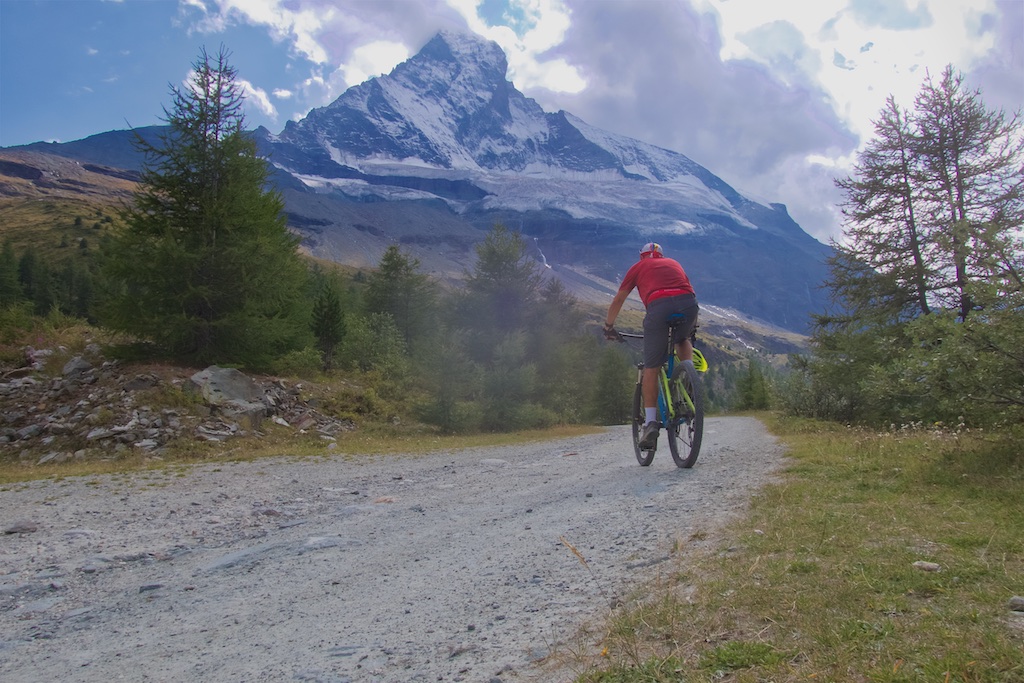 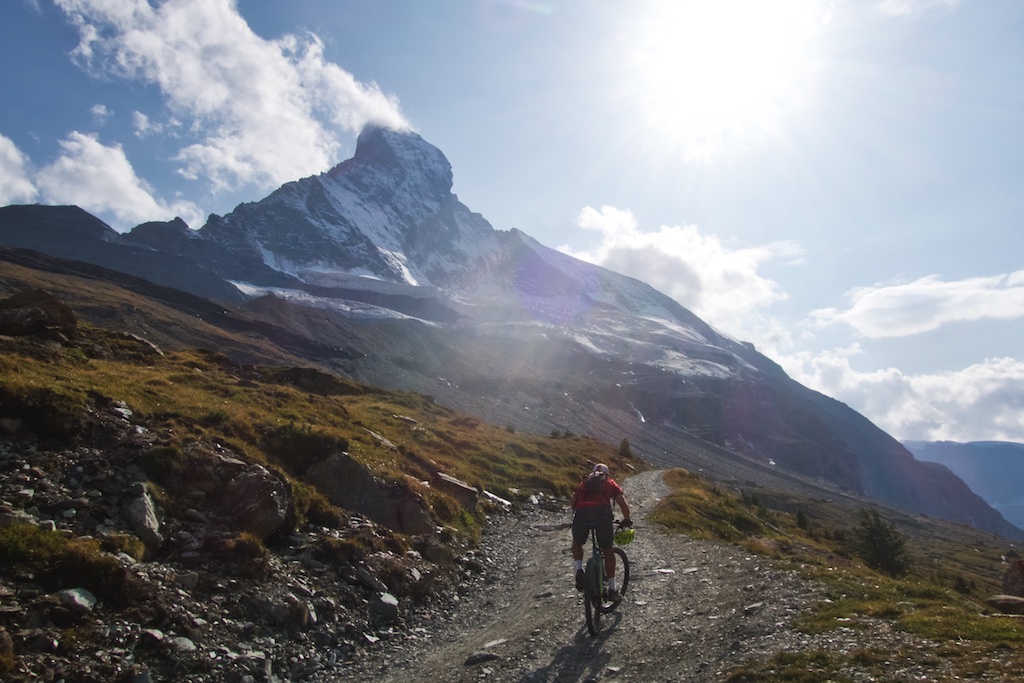 There is then a long, easier stretch through high alpine meadows. Beautiful. 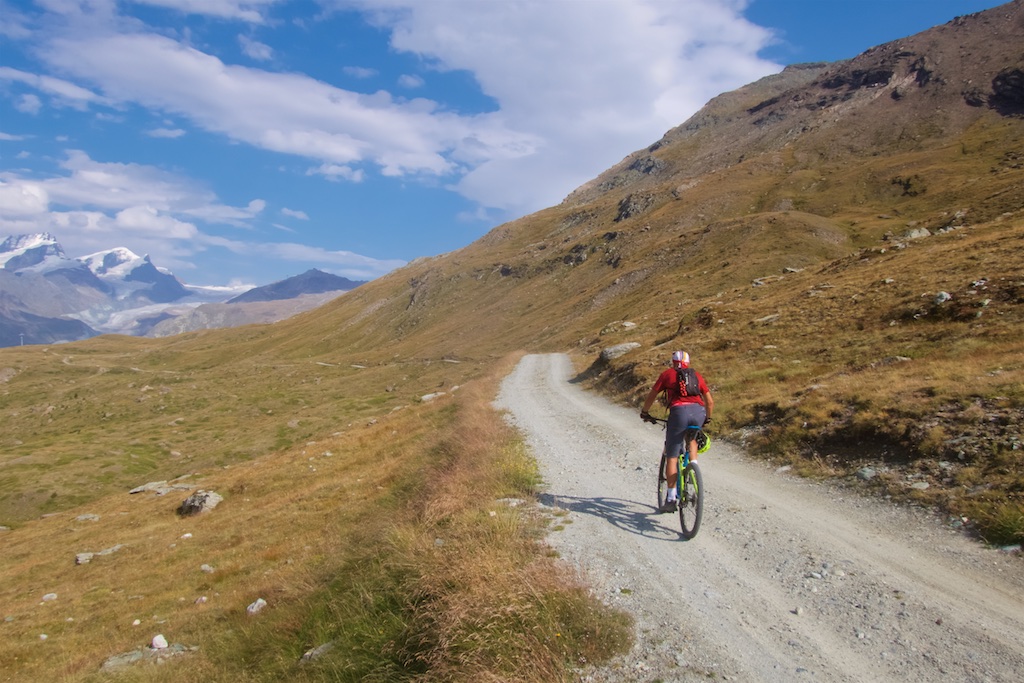 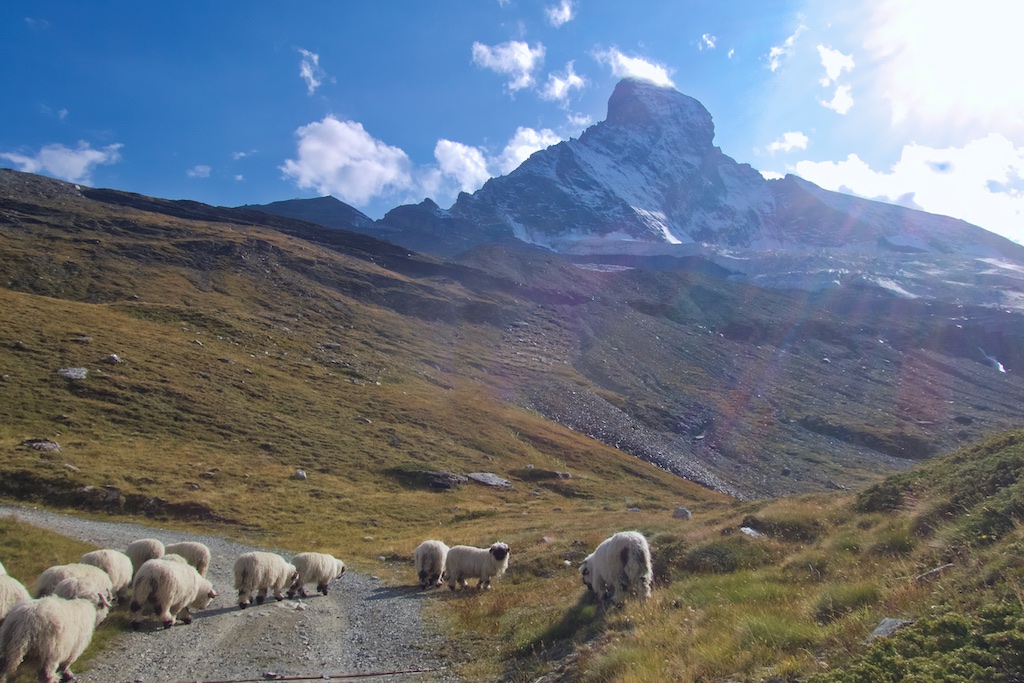 Nearing the top is a lake that isn’t named on my map. For me, it was prettier than the Schwarzee beside the summit. 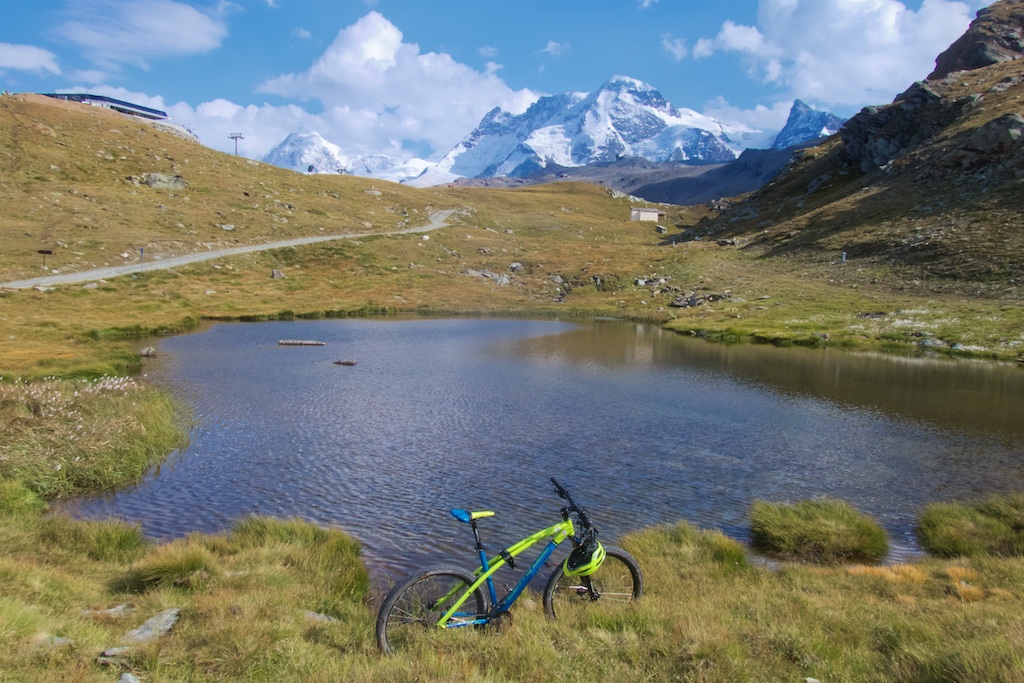 Not certain the name of lake.

The views from the summit at 2583 metres are great. The top photo in this post has the Monte Rosa massif (highest mountain in Switzerland) in the distance. The Matterhorn is also right here. But I struggled to get a good photo: 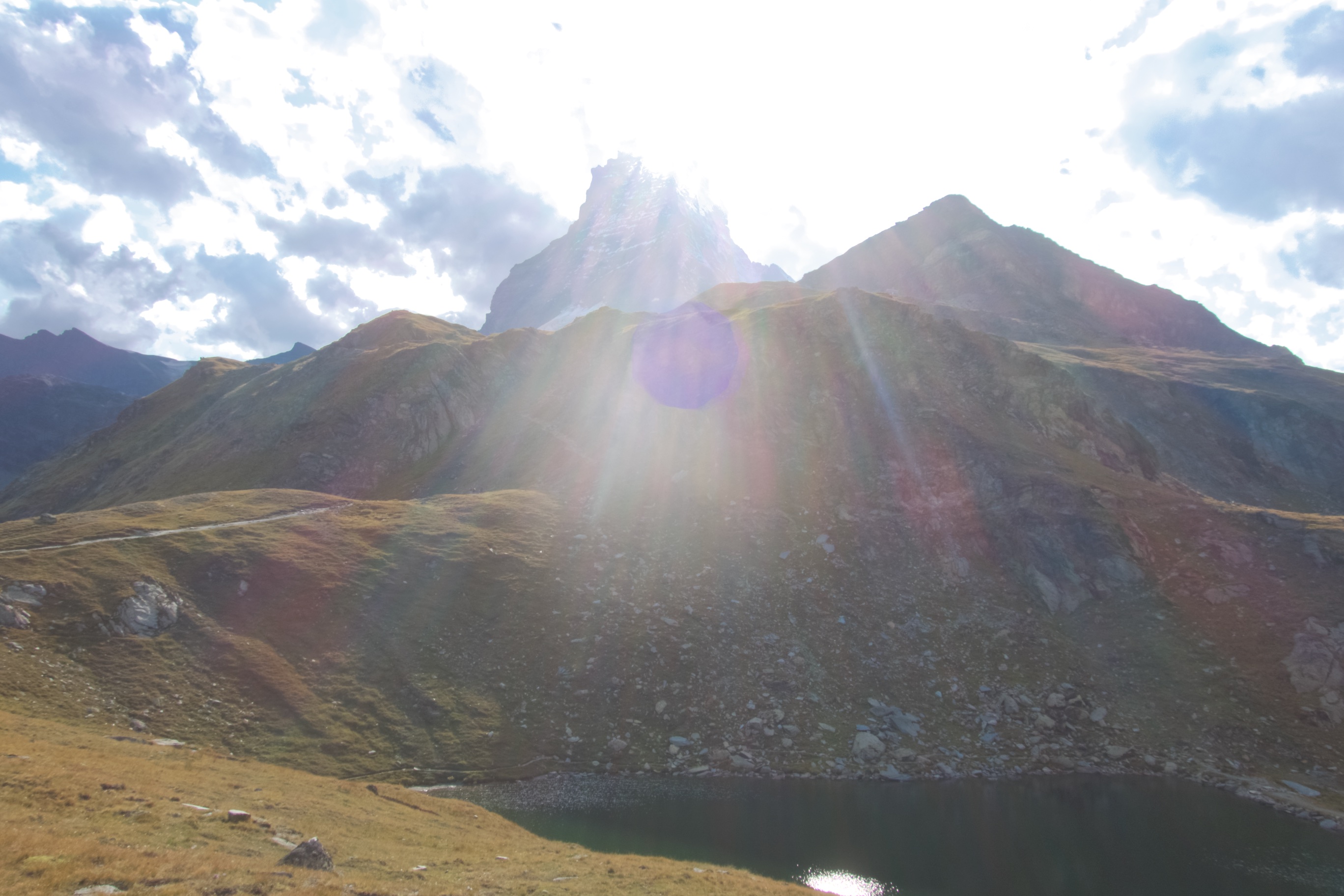 A bad photo of the Schwarzsee and Matterhorn behind.

It’s possible to mountain bike down the other side. But it’s steeper and I was certain the best option. It was late in the day, and my second big climb, so I decided to keep it simple and double back for a fast, easier descent on the road I’d climbed. But here is a view from out hike the next day with a couple of descent ideas arrowed (I climbed on the valley behind at far right. 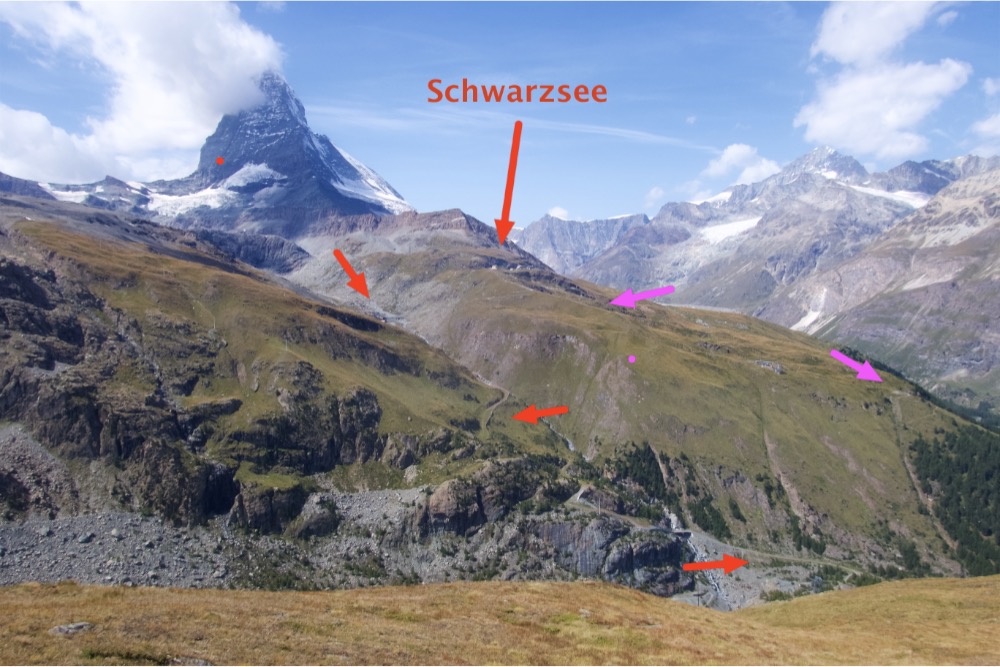 This is not as tough or quite as fun as the climb to Gornergrat. But it’s still fabulous. Completely ride-able, very quiet beyond Fuli, and up close views of the Matterhorn. Not bad.