A very fun day cycling the Gruyère Cycling Tour with Xavier and Philippe (the best pics here are his).

This was my third time doing this well organized event. It’s an absolutely beautiful route, surrounded by Swiss mountains throughout. 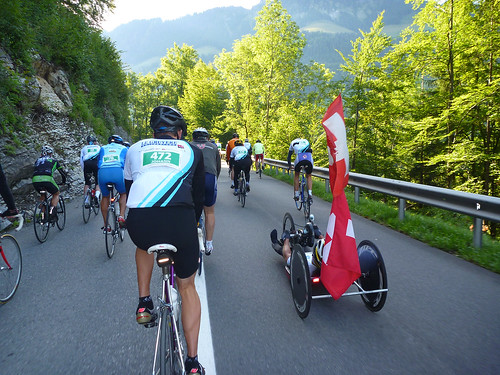 There are three climbs. The first, Mittelberg, is easily the toughest, with the last 5 or so kms a steady 10% along a superb, single lane road.

It’s nice to get the toughest part out of the way early – the other two climbs are much easier.

After descending to Gstaad it’s a long, false flat into the wind, before starting the climbs to Col du Pillon from Gsteig. I love this climb. It’s pretty short, and only has one very steep kilometre, but the views are great. 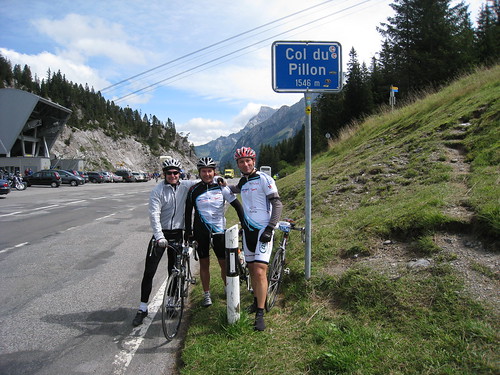 It was supposed to be very cold, and I had several more layers than needed. While 95% of the riders wore shorts, I had leg warmers …. and received much mocking while riding with them around my ankles (note in photo below, I also have pockets stashed with extra clothing). It seems that a few too many freezing rides in the mountains have made me an over-dresser. 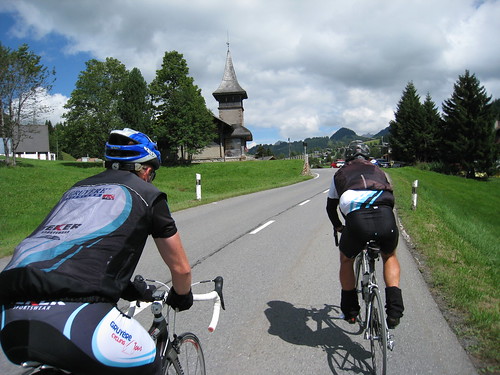 After descending through Diablerets, the final climb to Col des Mosses is the easiest. But the Col sign at the top was easily the best. 😉 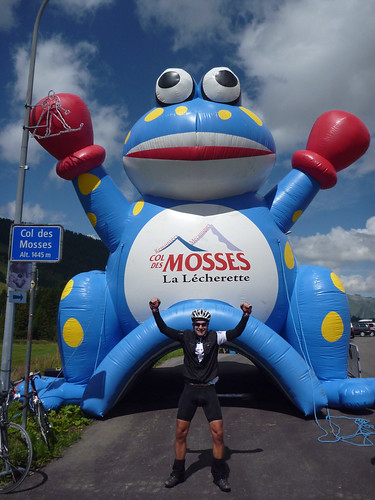 After Mosses is a very fast 40 + kilometres generally downhill. Roughly 10 kms from the finish, I flatted. I kept hoping it was just a leak. But ended up needing to add air every couple of kilometres and finally even considered carrying the bike over the line- I was determined not to bother fixing it before finishing. 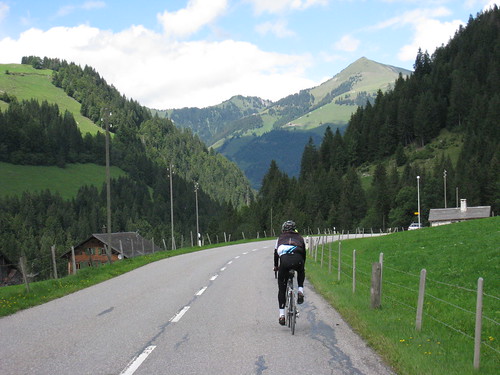 Despite the flat, a great day in the Swiss Alps with friends. 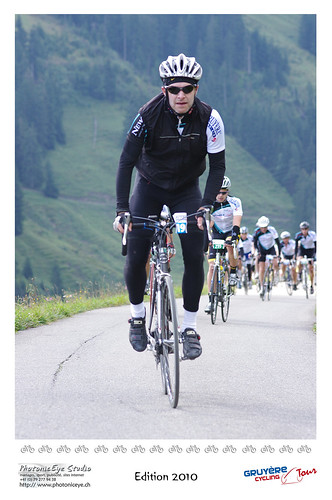