In 1602, the Duke of Savoie launched a surprise attack on the walls of Geneva (escalade = to scale or climb). Over 4 centuries later, Geneva still annually celebrates their victory over the evil Savoyards (I live in Savoie). More on the Escalade tradition at bottom. 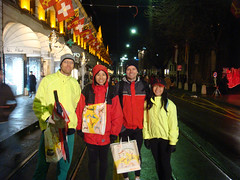 Today, I was the camera-man while Doreen, Katy, Martin, Eric, and almost 30,000 (!) others ran the Geneva Escalade.

This is a huge spectacle with races continuing all day. The cobblestoned course does laps around the old town (old walls and all). I watched 3 events, with the girls in one, Martin in another, and Eric racing with the old men (he just turned 40). 😉

Not surprisingly, all four did a great job. Congratulations!

Me? I enjoyed the free soup and mulled wine. Sadly, I failed in my duties, and got the camera settings all wrong once it became dark. Sorry!

In the video, Eric is the tall guy in grey, wearing pale green pajamas:

Doreen and her friend Toni: 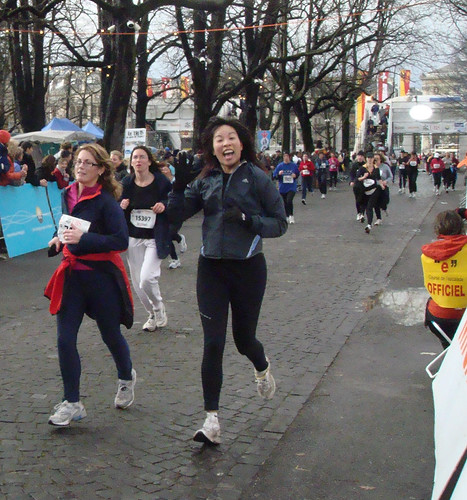 Katy is flying in her black cap. 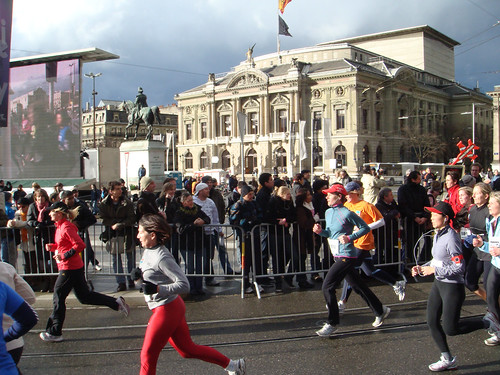 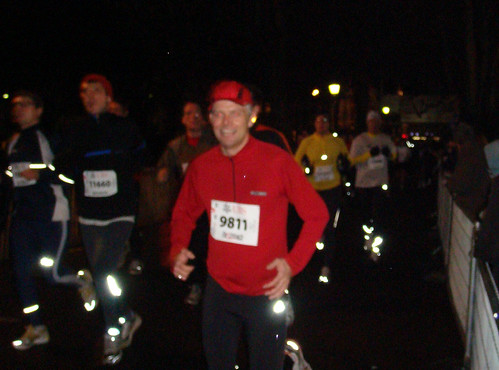 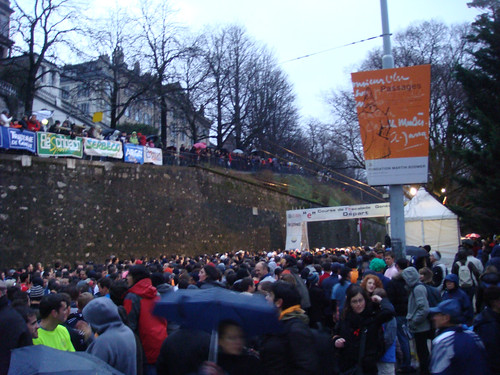 Legend has it that “Mère Royaume” – a mother of 14 – joined in the defense of the walls dropping a cauldron of hot soup and killing an attacker. Celebrations include a large marmite (cauldron) made of chocolate filled with marzipan vegetables and candies wrapped in the Geneva colours of red and gold. It’s customary for the eldest and youngest in the room to smash the marmite, while reciting, “Ainsi périssent les ennemis de la République! ” (Thus perish the enemies of the Republic). Other traditions include mulled wine, large servings of soup, and children in Halloween-like costumes singing Escalade songs for money. There is a fancy costume parade for everyone after all the running events.