The official tourist web site is full of route information, maps, gpx files, etc. See here. And the first thing we did when we arrived was walk into a tourist office for a free map (far more detailed than below).

We started in Chalon-sur-Saône (map of our route below), and spent the first day riding along the Canal du Centre. Once we reached the canal, the next 35 or 40 kilometres was on a car-free Voie Bleue beside the canal. Fantastic.

The route then deviates from the Canal to avoid a busier stretch of road introducing some hills to the route. But it’s nice cycling. The route rejoins the canal, sometimes car-free, sometimes a quiet road.

This day started heading away from the canal, again on nice enough quiet roads. This is the one place where the cycling route signs let us down. One needs to assume signs will be missing and at several key intersections there were no markings. But the paper map and my GPS kept us from getting too lost.

At Ciry-le-Noble we decided to ignore the bike route and just ride along the canal. It was open to cars, but still super quiet and enjoyable. A good decision.

About the furthest point south we visited the Château de Digoine, but they wouldn’t let us in. 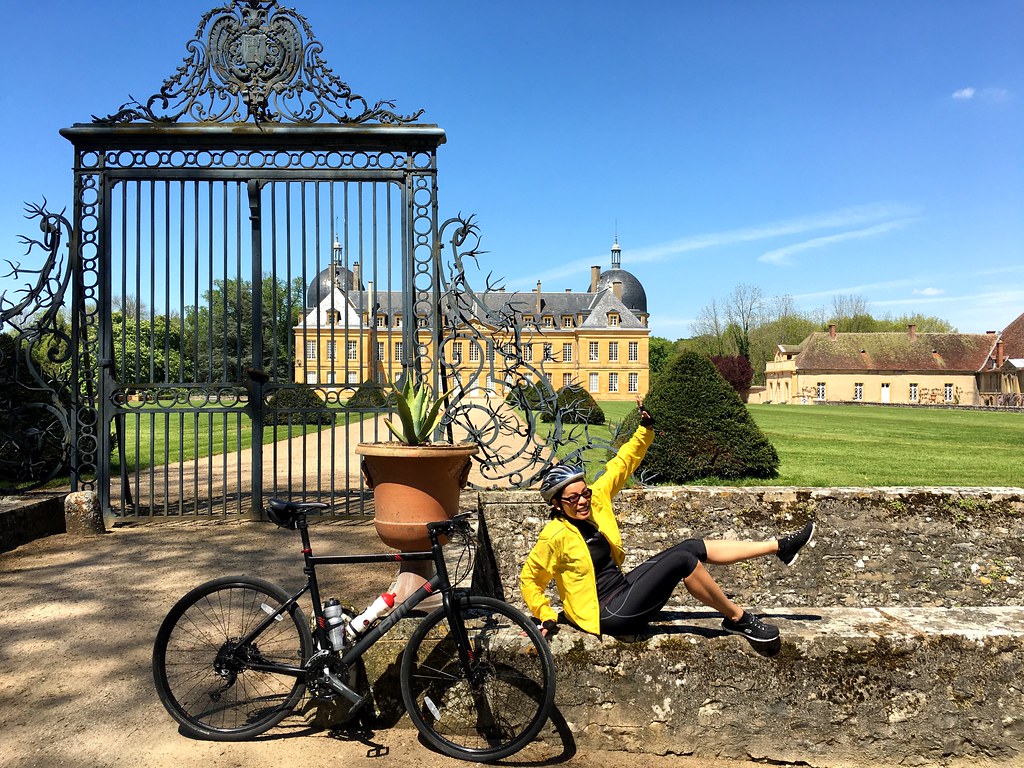 Last year we rode a couple of other Burgundy Voies Vertes including the longest bike-only tunnel in Europe. See here.

No canals on this final day. The first two-thirds of the route has some hills as we traversed towards the Voie Verte to the east. But what a great stretch! Tiny villages, quiet roads, beautiful country side.


At Etiveau we joined up with the Voie Verte bike path built over an old railway line. It’s fun to pass all the old little stations, still signed, but no tracks in site. The majority of the route is set far away from any roads. Very peaceful. Not a hairpin in sight.

What a great three days. Cycling on Voies Vertes is a step better than even the quietest roads. No cars, ever. It is supremely relaxing. And there are still lots in Burgundy that we’ve yet to visit. We’ll be back.