Valgrisenche is a valley extending south-west from the main valley in Val d’Aosta, Italy. Typical of the many finger side valleys here, it has some long, straight, tough uphill stretches (that can be morale sapping), and a few fun hairpin stretches.

The majority of this climb is paved and perfect for a road bike. I was riding a mountain bike just to explore the end of the valley — the gravel/offroad stretch is marked on the map below.

It’s a wide road with not much traffic. There are a couple of tunnels but the first long one I could bypass using the old (unmaintained) road just to the left (photo below). Generally, this a very uneven climb, flat stretches, super steep stretches, eventually entering a more touristy area (but very small stuff, one tiny ski lift, etc) as I entered Valgrisenche and approached the dam/lake.

As I approached the dam, from a couple of kilometres away I suddenly saw all these water sprays above the dam. I was confused. I then saw massive dust-cloud. I would soon learn from signs, that the dam is in the middle of a massive reconstruction project and there were planned explosions going on. 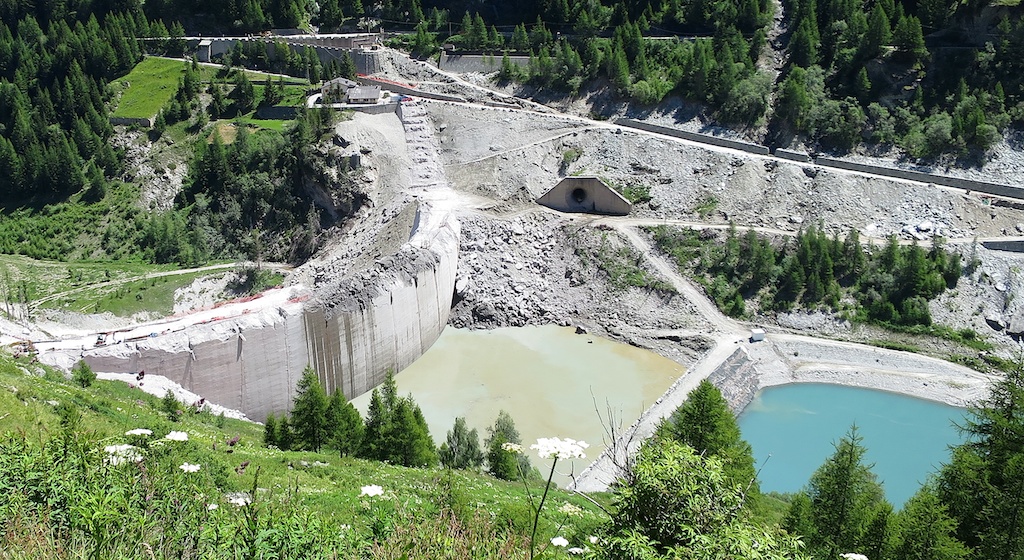 The road to the dam was thus closed off, and “blasting zones” marked on a map. No worries as the main climb goes beside and above the long, skinny lake. But unfortunately, the lake was far less beautiful than usual due to low water levels.

Strangely, up higher, there were several marked viewing areas to watch the blasting … and there were a few small groups of people doing just that.

After reaching the high point of the paved road (marked on map), I took a right turn onto an old gravel military/farm road. It heads up into a side valley passing an old barracks and a deserted settlement. 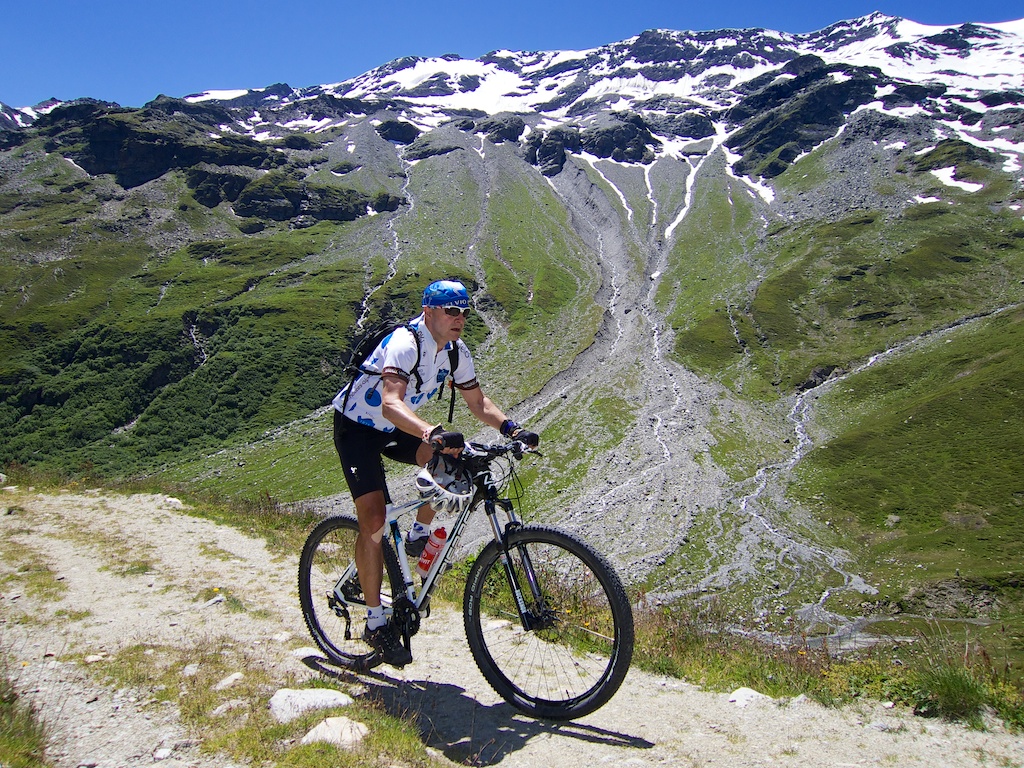 The road ends around 2200 metres and becomes a hiking trail. I was hoping to get to a lake following a nice torrent and continued higher occasionally pushing my bike. But the valley seemed to end in a wall of mountains. I turned around, but looking now at a detailed map, I think I was almost at a little lake. Bah. 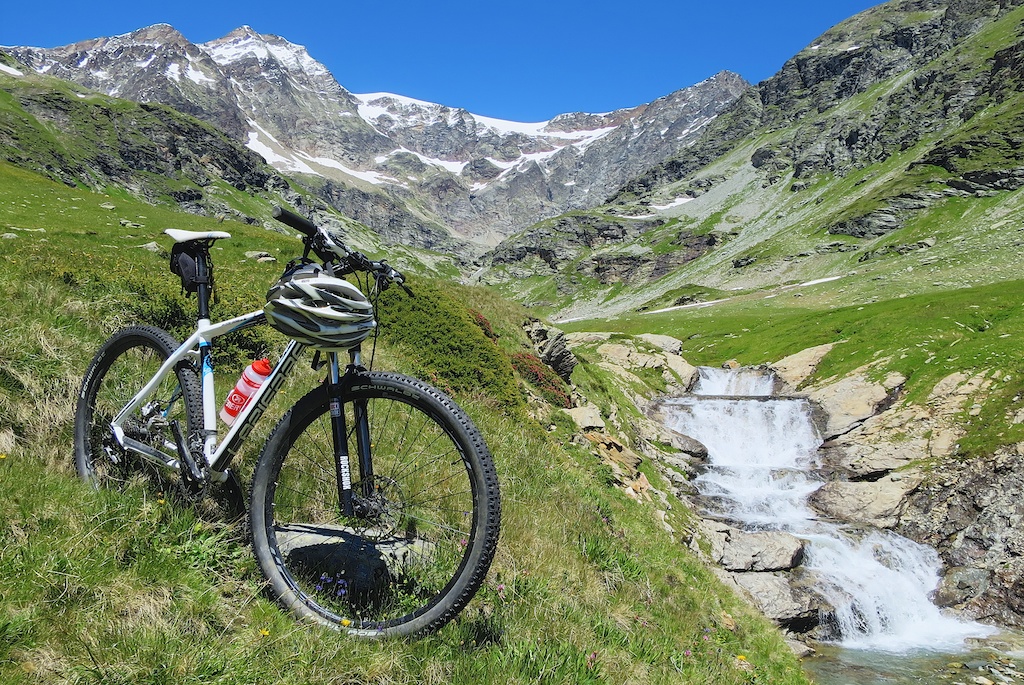 But it was a truly beautiful, deserted little place. I was glad I had endured climbing up the paved road with a mountain bike to allow this extension. 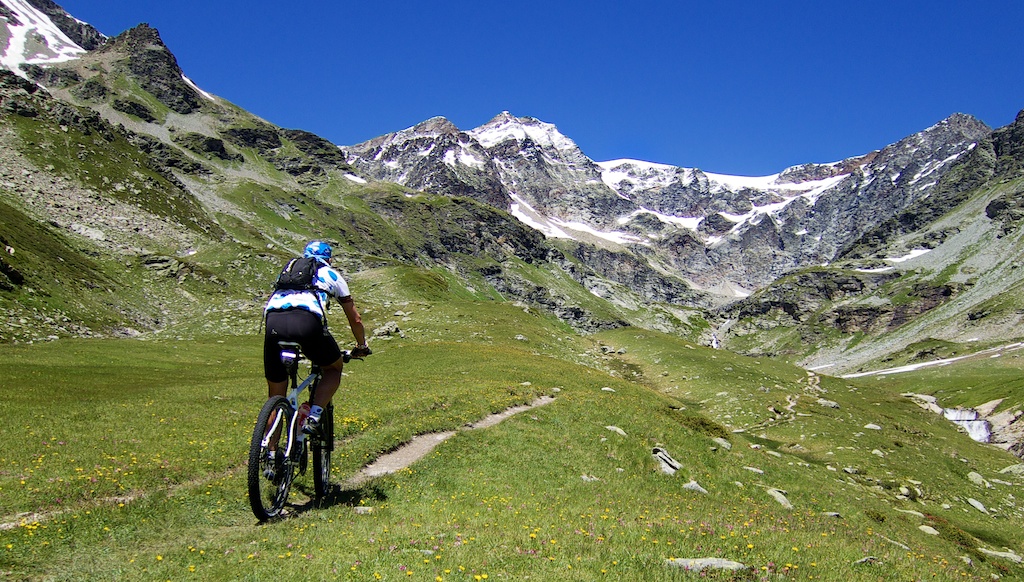 I turned around, and at the paved road descended some great hairpins down the far side past another deserted settlement. Here, the quality paved road end, and there is a trail-head to lots of high hikes. There were quite a few cars parked here – probably all hikers. 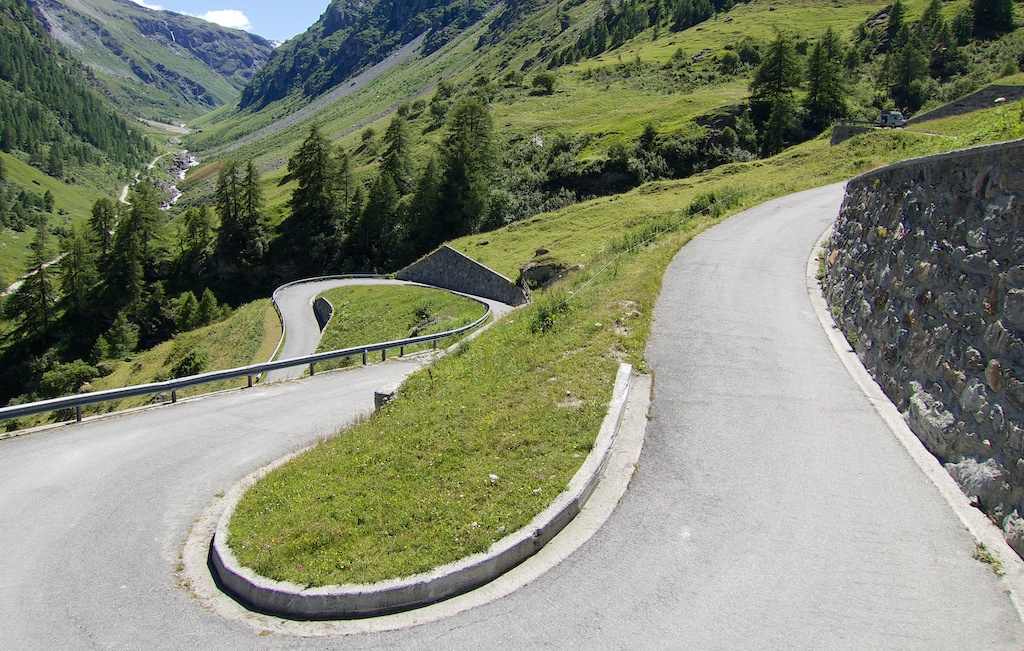 The road around the other side of the lake was closed due to the explosions, but I was able to follow it most of the way around (see map) before being forced to turn back (usually one could make a lake loop on bike, but the construction project currently prevents this). The road on this far side is a very fun, flat, old paved road – seriously falling apart – but worth exploring. There are also a couple of unpaved trails to old building up higher — but I didn’t have the legs to go any further. 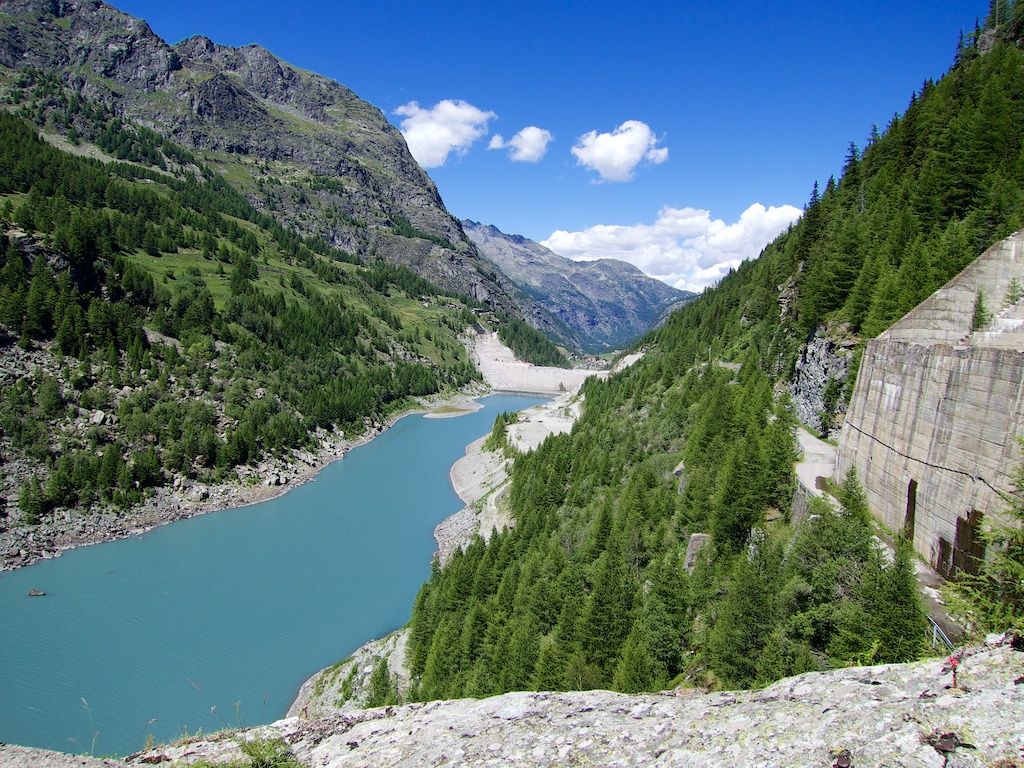 View from far side

I just doubled back, and enjoyed a very fast, untechnical descent to the start.
Cycle Route 2703487 – via Bikemap.net 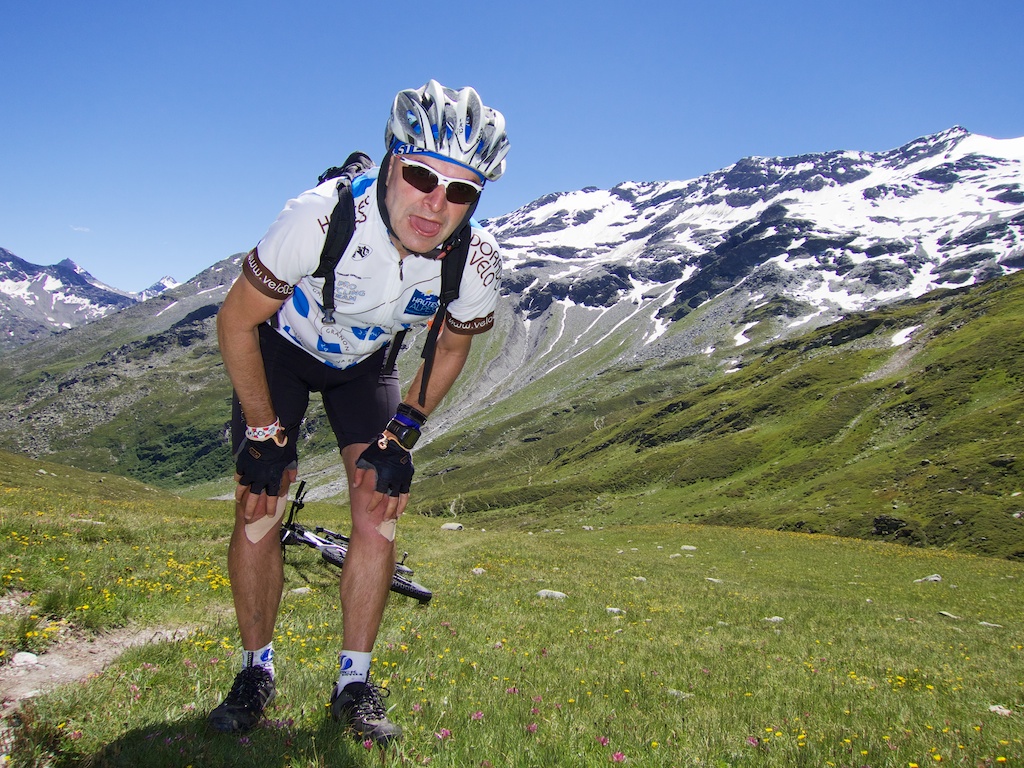 A long, scenic climb to another big alpine dam / lake. Unfortunately the dam is under re-construction through 2015 so the lake water level is low and the lake loop not possible. A few fun mountain bike extensions possible.