I brought my photographer today to video my stage victory: (the secret is to leave two hours before the peloton)

Chapeau to the race organizers. This stage was designed for the fans.

The lazy could watch near St Croix and see the Peloton pass three times – including the finish.

I love riding in the Jura mounatins – but anyone who lives here soon learns that it has its own micro-climate. So while most of Switzerland basked in 75F sunshine, today’s Romandie route featured cold, wet, even thunder, the occasional downpour, and yes, sunshine.

The plan was a 75 km loop starting at the bottom of the 1st climb and watching at the top of the 3rd and 4th climbs.

Col des Etroits is seldom that steep and seemed grossly over-rated at Category 1. Near the top, we passed Saint-Croix and were able to ride the fenced off last km of before continuing on. 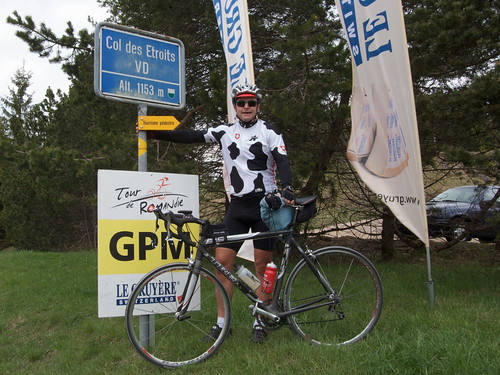 After a short cut to La Cote-aux-Fées, our route descended and led to the base of the 3rd climb.

This climb up to Le Rond Noir was seriously steep, especially the first few kilometres. Settling in to watch the riders pass I was pretty cold. Luckily a little farm café nearby plentiful hot chocolate (before and after the race passsed).

After watching the race pass here, it was only a 15 minute shortcut to reach the top of the final climb to Mauborget and await the peloton again.

A fairly big crowd, views of Lake Neuchatel, helicopters, and riders were spread all over the road. Exciting! 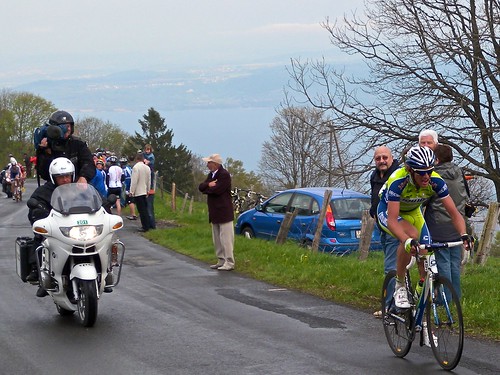 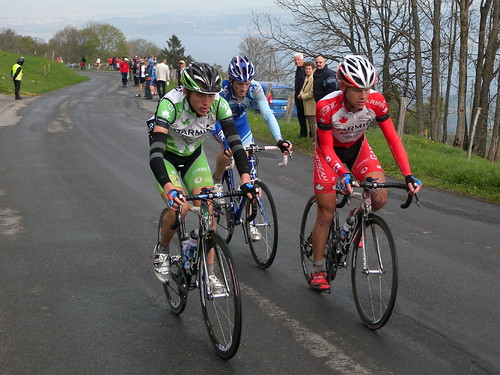 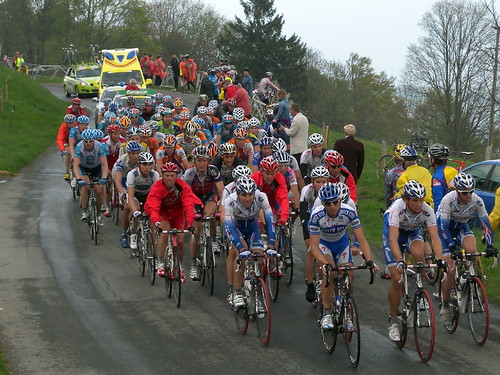 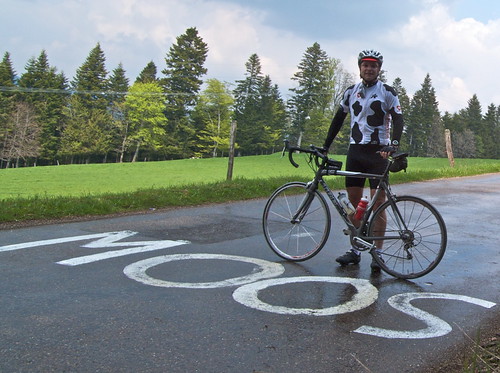