Well I still haven’t Learned my lesson. It snowed last night up higher and I failed to notice a very strong Bise (north wind) in the forecast.

Today was a great 50 km loop in the Vallée Verte over the Col de Cou, Col de Saxel, and a detour up to 1450 metres on a little road above Saxel. Climbing was great, it’s a nice route. But we ran into snow around 1,000 metres and, with the strong wind, descending the 1,116 metre Col de Cou was scarily cold.

Despite that, Martin was game to try my 6km detour to Monastère and above on our second climb of the ride. It’s a fantastic little road, although at about 1200 metres it started getting snowy and icy. But when you’re going up, it’s hard to be cold and we were enjoying the route. After a few pictures we started to gingerly descend on the ice. And it was COLD. SO COLD!! I couldn’t stop laughing, but it was awful. At the start of the descent, wind blew snow all over our faces which melted then refroze, and it just made things worse.

The real punch line was that I had dressed warmly and – poor Martin – had brought only very light clothes since it was so warm at 1,000 metres below. YIKES and I was whining.

Still, I think we both thoroughly enjoyed (most of) the ride. 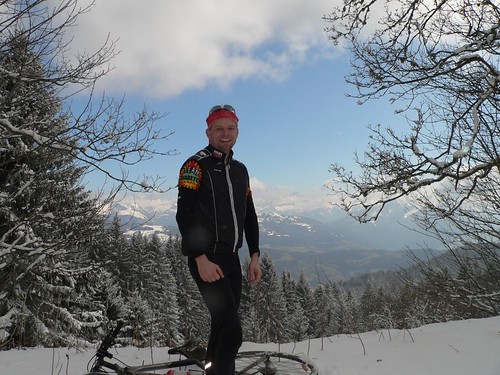 Don’t Worry, Martin did at least have gloves! 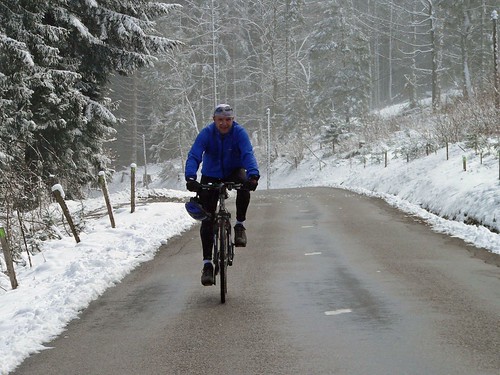