Another north Alps col has just re-opened after a long winter. This is one of the more famous climbs near to where I live. My plan had been to climb the toughest “third” way via Romme but the route was completely fenced shut. Probably some issues with the fun cliff roads above.

No worries, I turned around and rode up the classic north side. It’s a climb of two parts, split by a flattish stretch at Reposoir. The initial 5 or 6 kilometres are not too steep, pleasantly climbing through a forest. After Reposoir, the views open up and the road turns up. The final three kilometres are the highlight: much steeper with a cliff edge on one side and a big mountain wall on the other.

I rode reasonably hard – for me – to the summit and only went a couple of kilometres over the other side – and then spent a lttle time taking drone photos. But see here for a post with full details of both sides plus the easier side to Romme.

A 360 degree view of the top of the north side. You can scroll and zoom the photo: 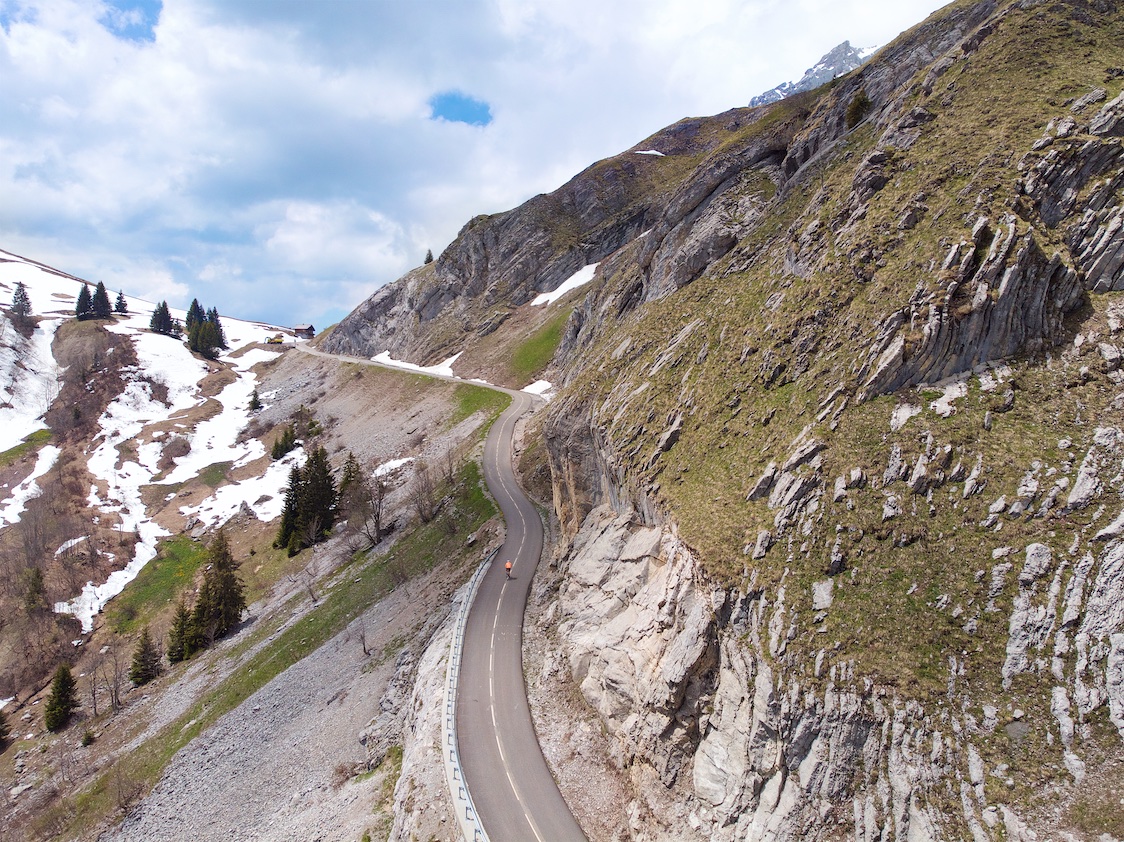 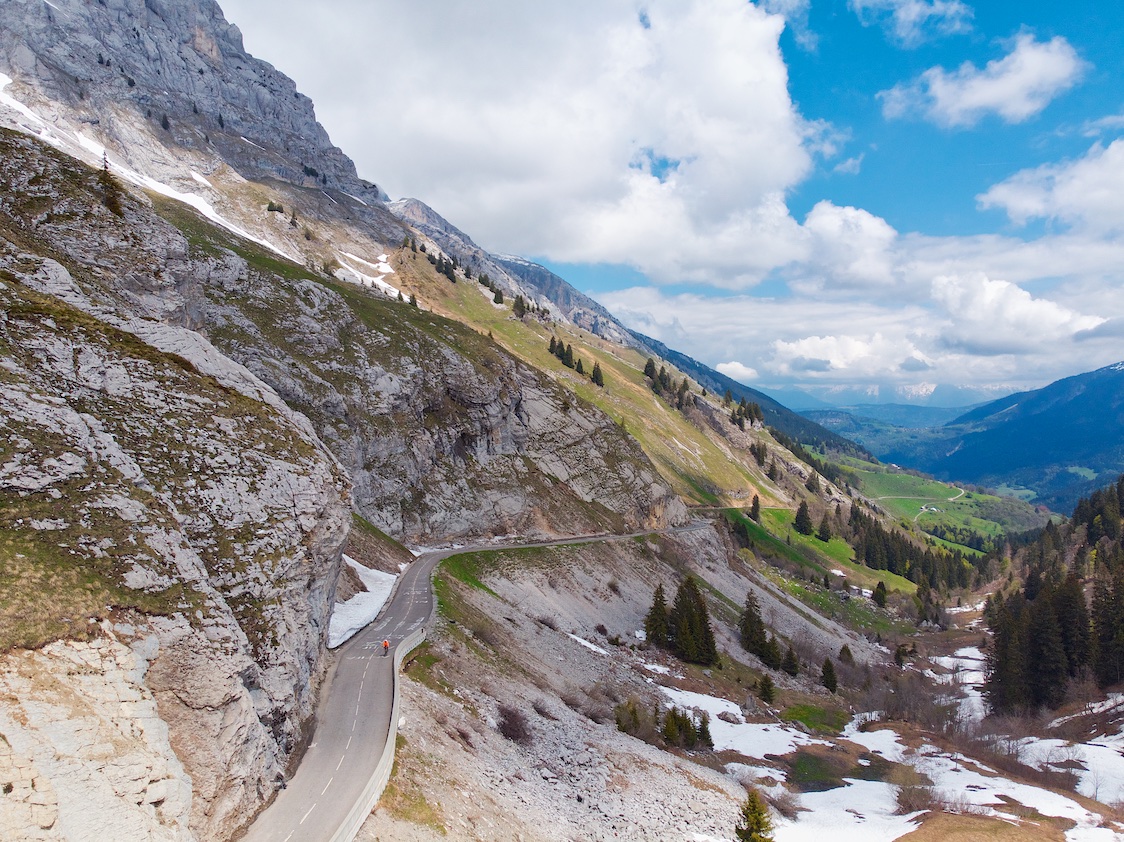 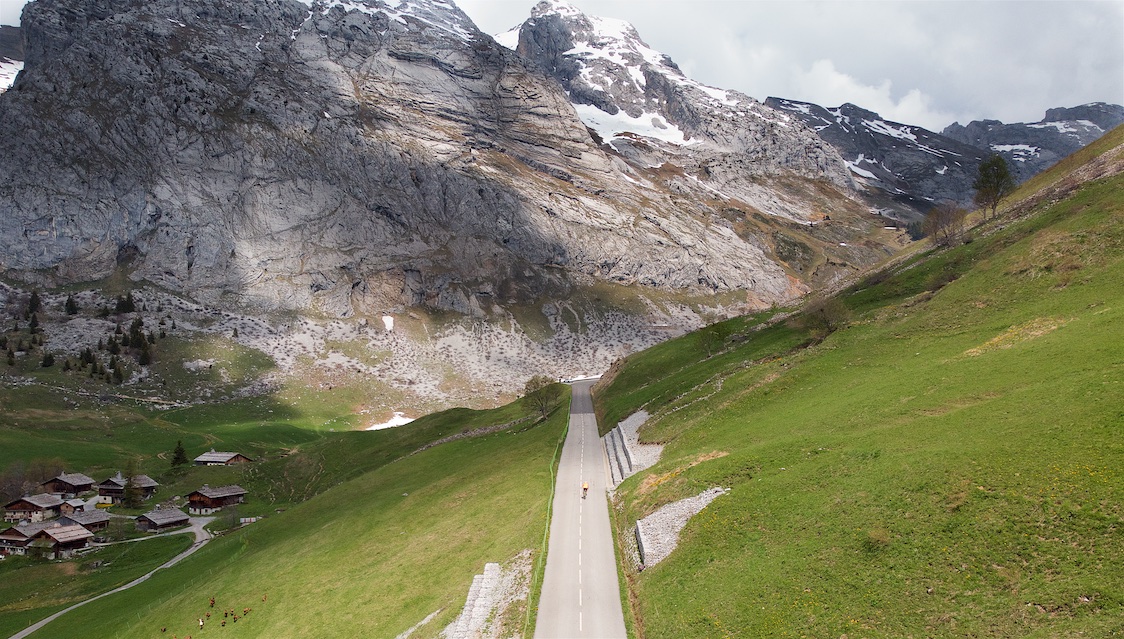 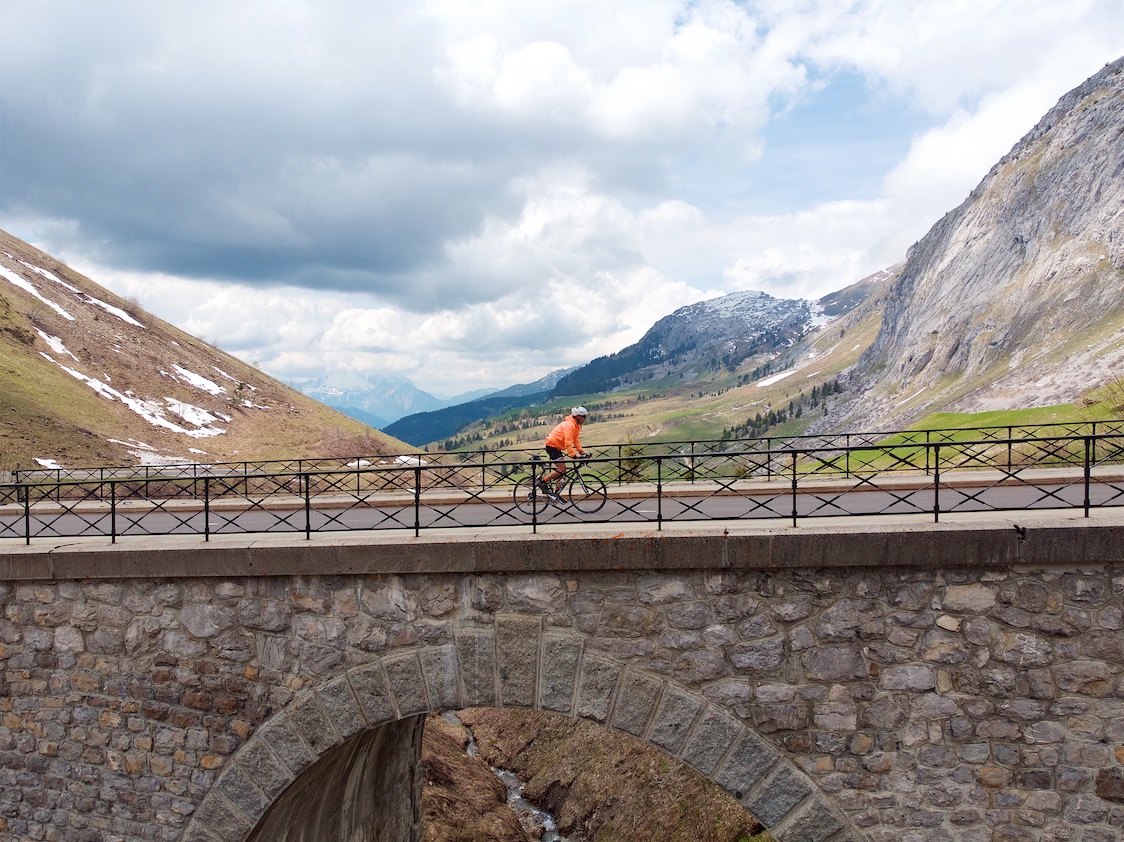 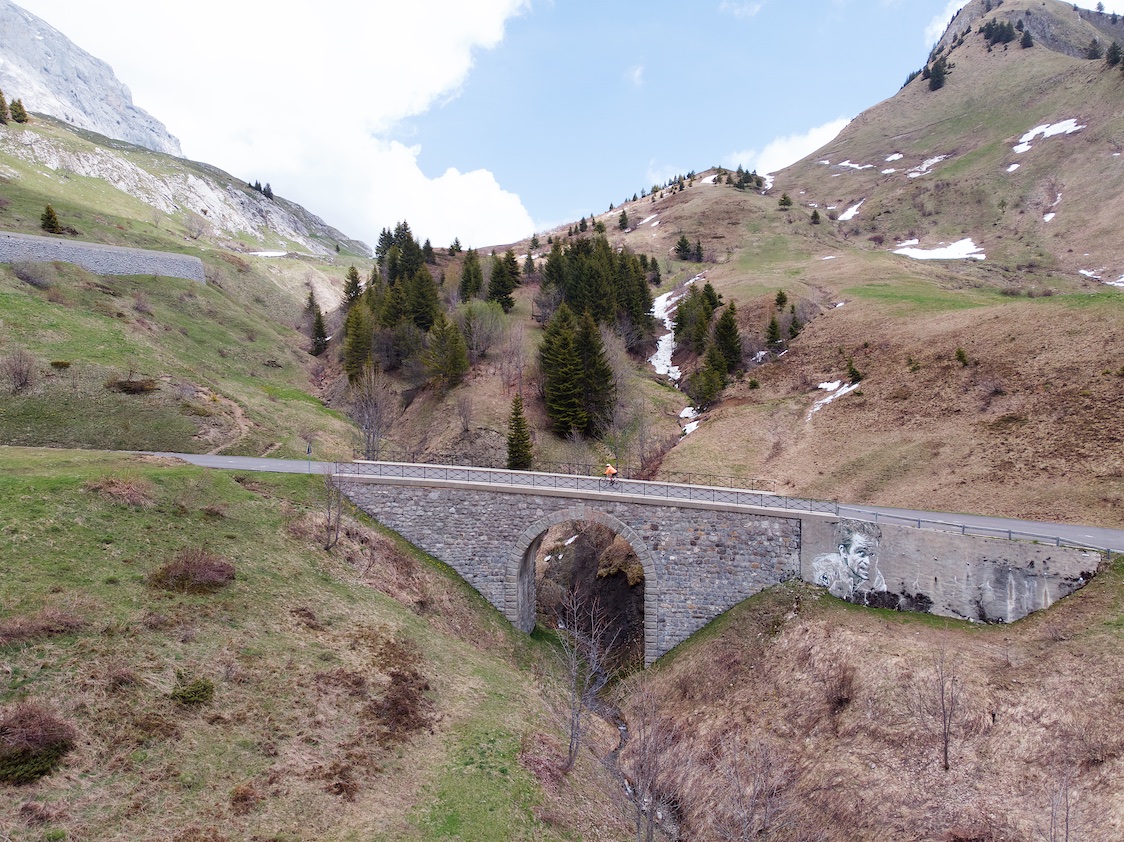 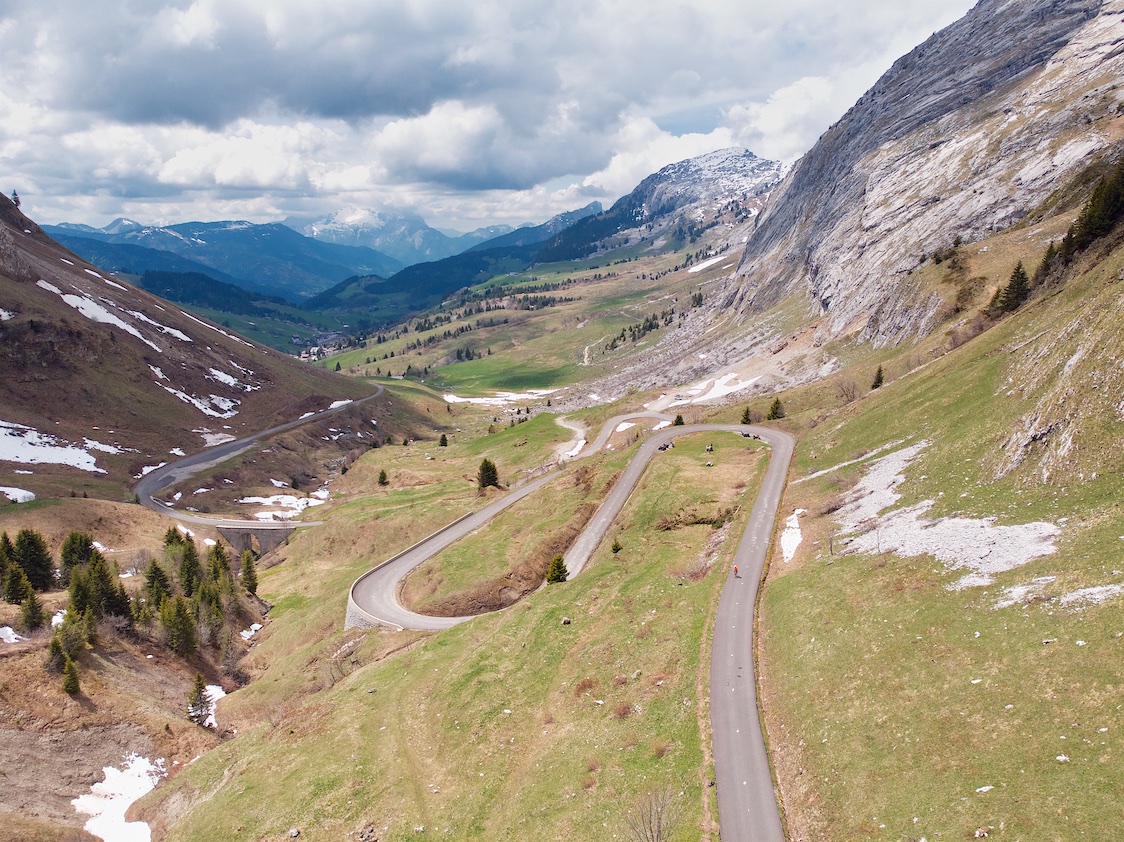 Here’s the 360 photo without software that makes it 360/zoomable. Strange but interesting. 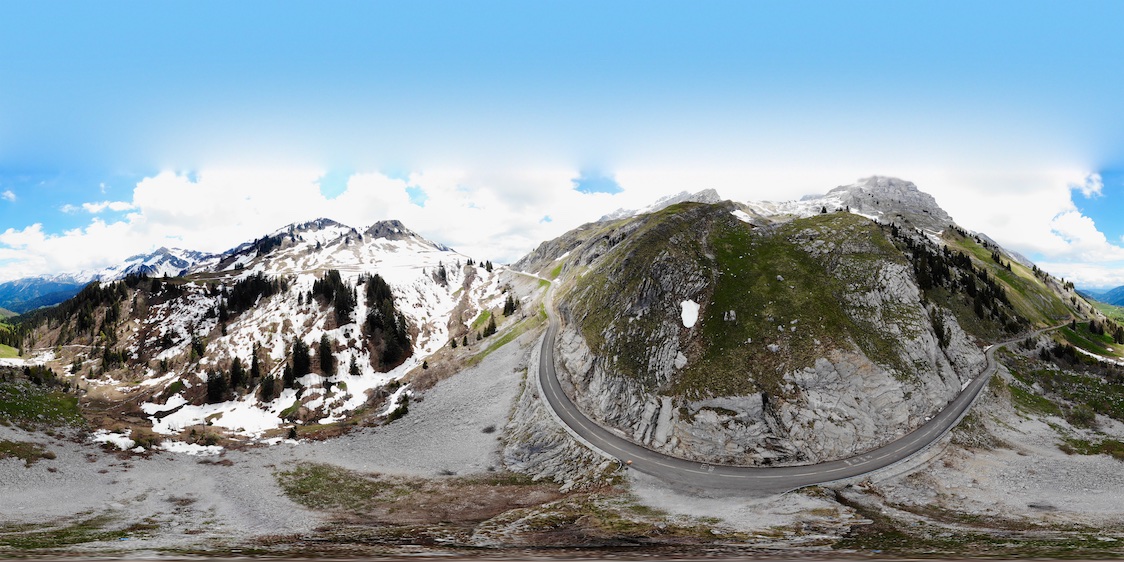 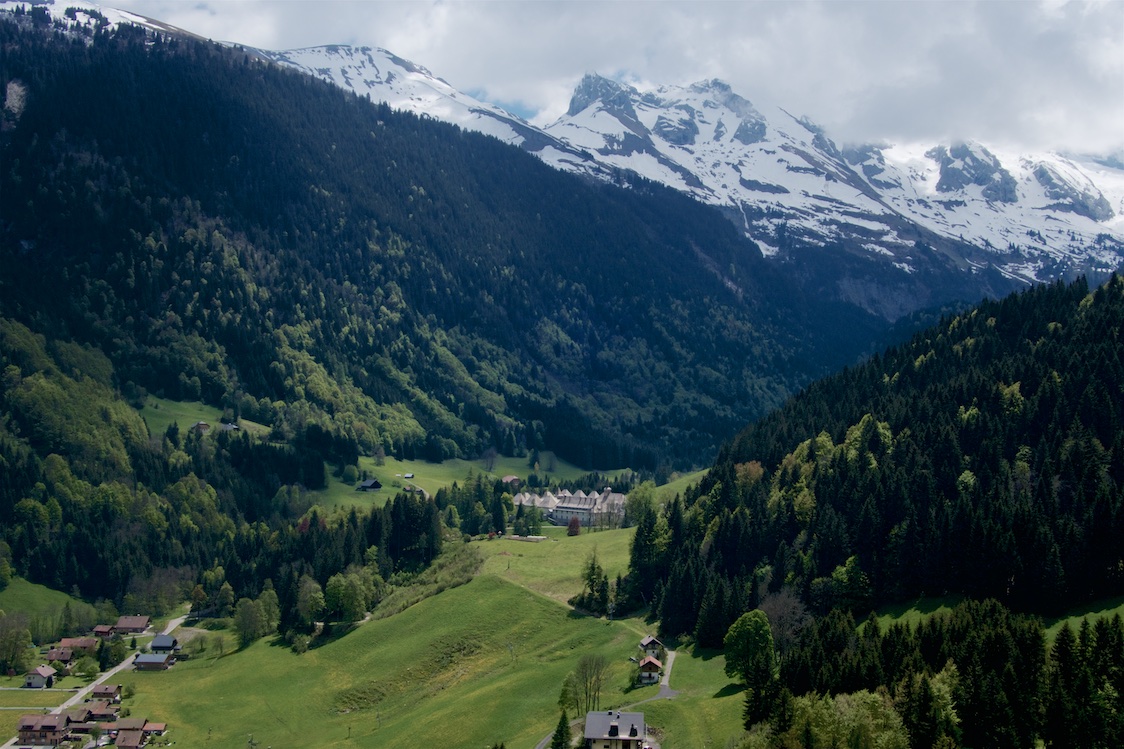