This ride includes the entire paved road up the west side of Col de la Ramaz (map at bottom). But then I would take gravel higher to Col de Sommand. And much of the descent is on very fun unpaved roads/trails.

See here for details of the other paved side (south-west) of Col de la Ramaz. And see here for one of the best paved loops in the north French Alps including Ramaz, Col de Joux Plane, and two other cols.

The steepest part of the paved climb is in the modern tunnel that replaces an old cliff road roughly 4 kms from the summit. The cliff road is closed to cars, and covered in debris, but far more fun than a steep tunnel. 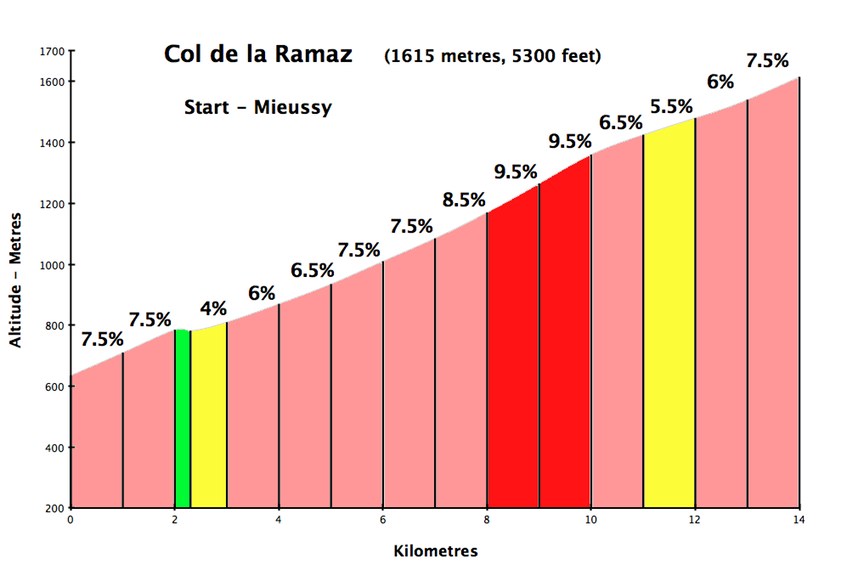 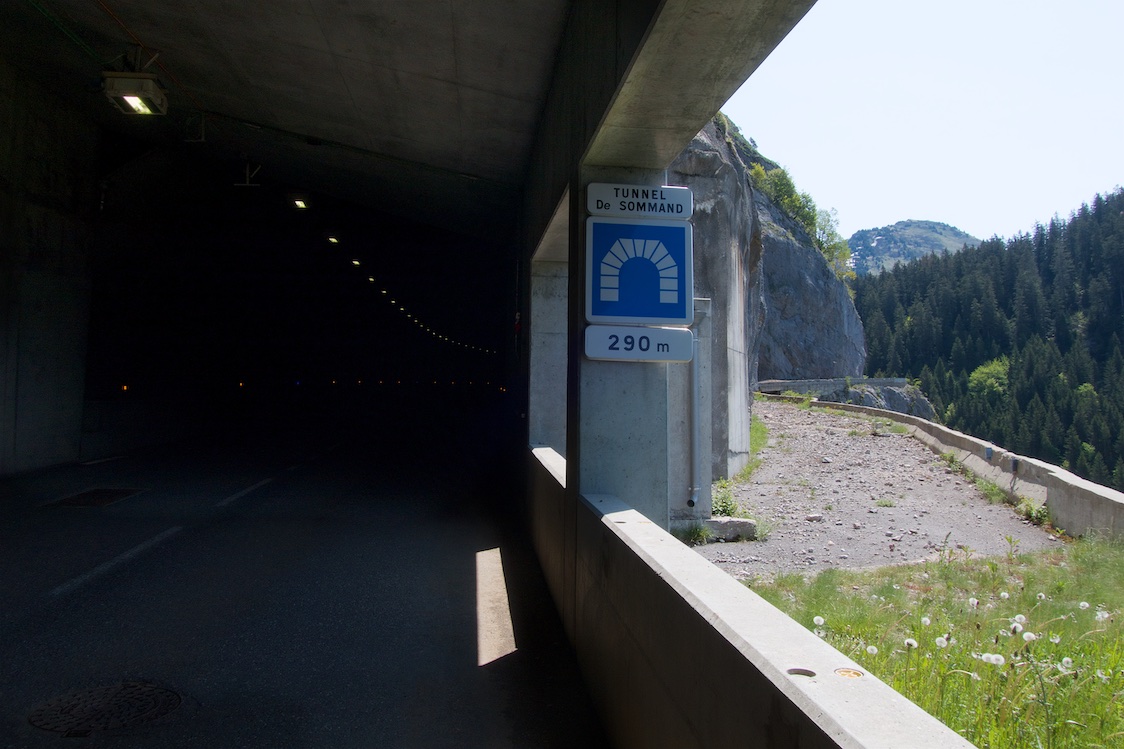 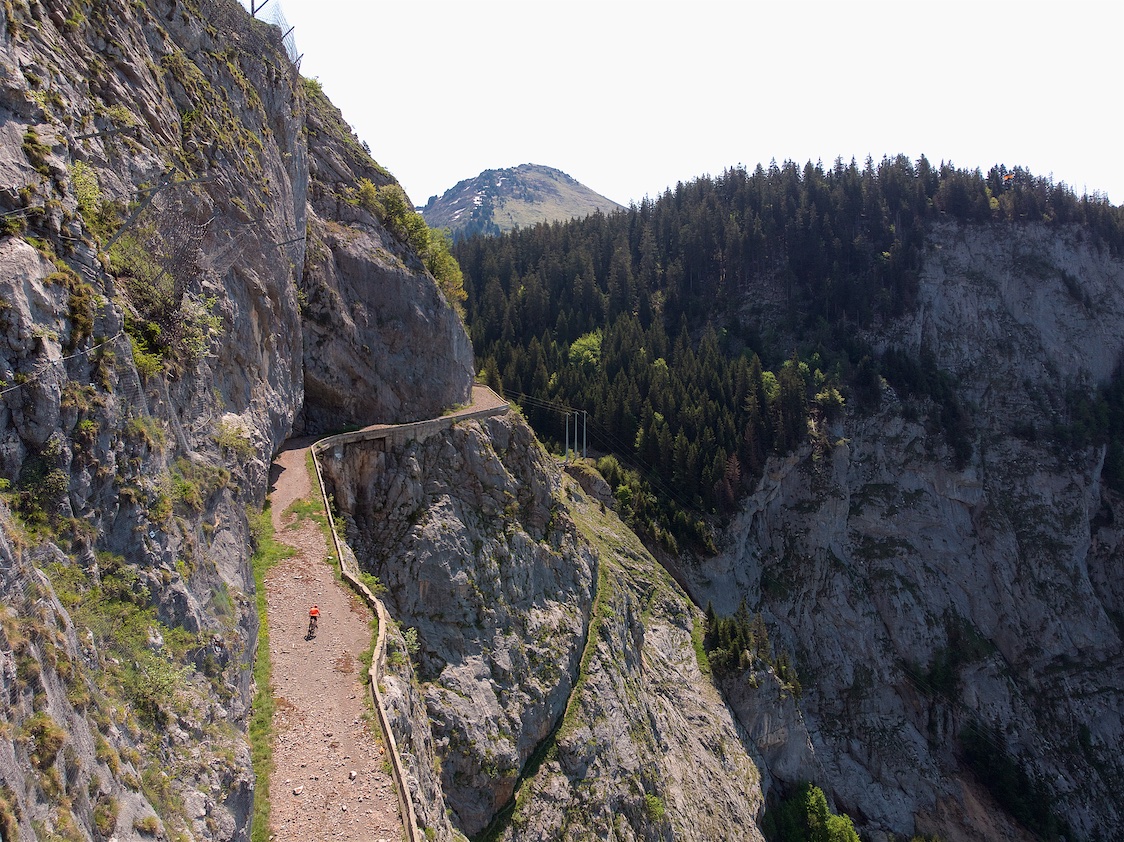 After the tunnel, is a plateau and the Sommand side of the Praz de Lys/Sommand ski station. In winter, there is great cross-country skiing here, including trails that traverse to the far side via Col de la Ramaz.

At the summit of Ramaz (1619 metres) is a relatively new artificial lake. Brilliant views as Mont Blanc appears above: 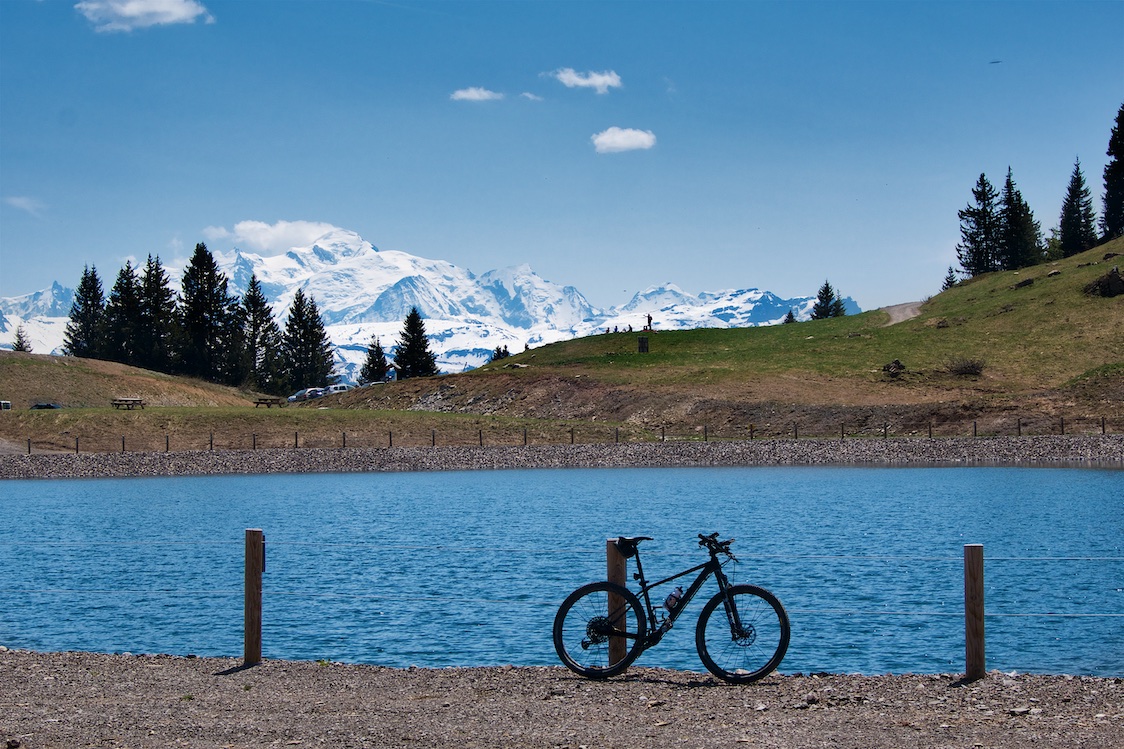 Exactly at the col is a gravel road higher. I would follow it up to Col de Sommand (1726 metres). The views just keep getting better. 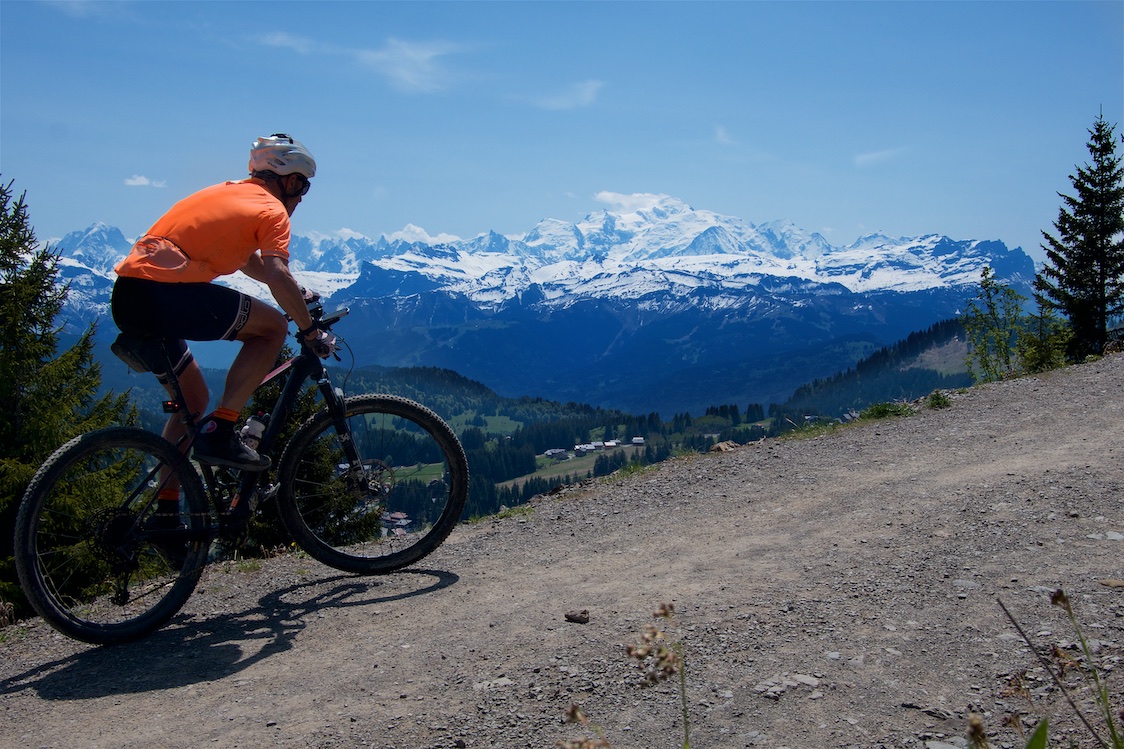 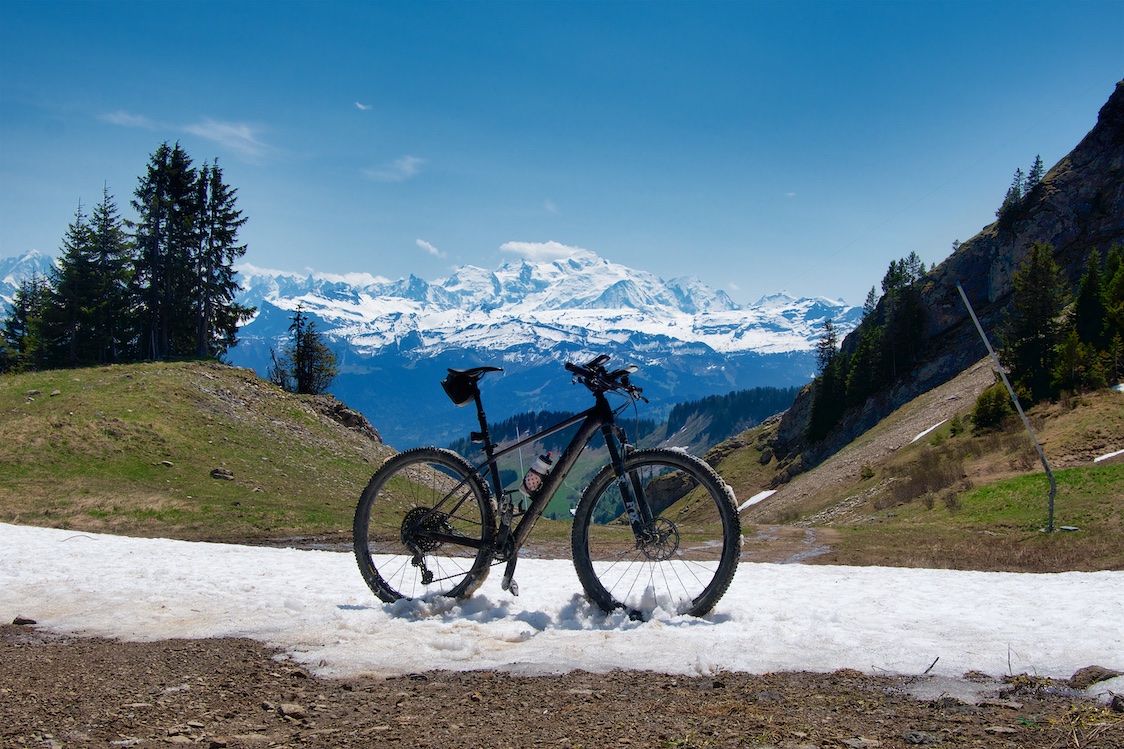 The road ends there, although there are plenty of other unpaved options. For example, in the distance to the north I could see the gravel road almost up to Col de Chavan (trip report from 2010 here). 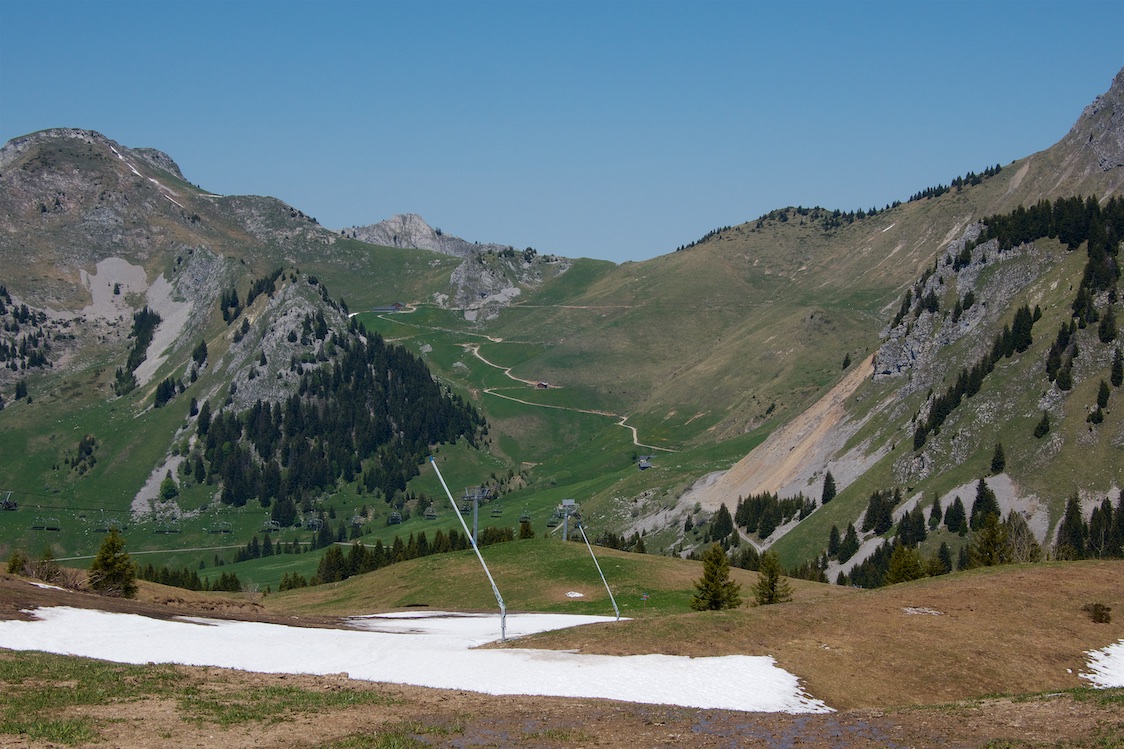 I was hot, thirsty, and tired in the newly arrived heat so I kept things simple and just headed back down. I would first visit the geographic Col de la Ramaz (1559 metres) perhaps a kilometre below the paved high point of the road, reachable on gravel.

For the rest of my descent I would take various trails and gravel farm roads above and below the tunnel. Very rideable. I would bump into a brief traffic-jam: some friendly horse riders. But I’d recommend my way down to anyone with wider tires.

Always fun to reach a col for the first time (Sommand) while visiting a beautiful old friend (Ramaz).