The other weekend Doreen and I went to Val d’Isère to cycle Col de l’Iseran the highest paved mountain pass in Europe – and definitely one of the most beautiful.

It was “1 jour, 1 col” day as part the Savoie/Mont Blanc Tourist Board’s excellent series of road-closed-to-traffic-bike-only days. See here for the official site.

I rode it last year and enjoyed it so much that I just had to come back with the wife boss. For maps, and profiles of both sides of Col de l’Iseran see here.

We started from Val d’Isere as part of the offical 8:30 start. Not too many cyclists this early, but the road was closed on both sides for 5 hours and we saw a steady stream throughout the day.

Doreen poised to attack from the start in Val d’Isère: 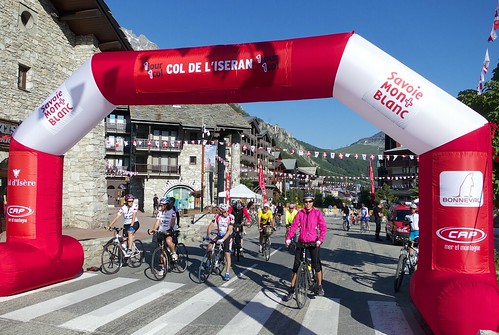 It is such a beautiful climb, and the weather was just perfect. So much fun riding up with my favourite person in the world. 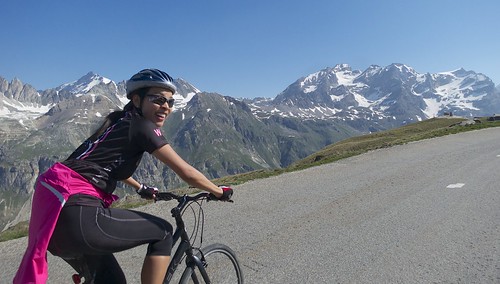 The road gets high quickly: 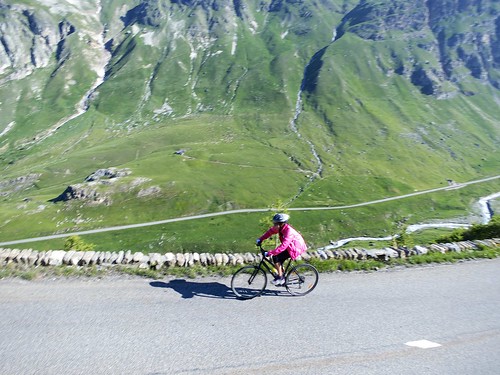 Iseran was the last big Col to open in France, in late June. Still plenty of snow around: 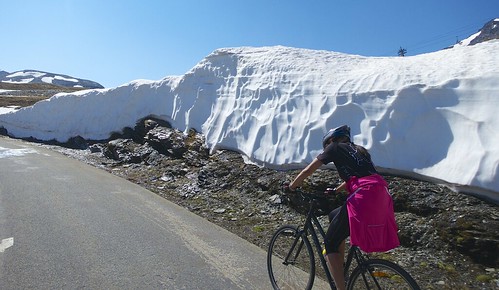 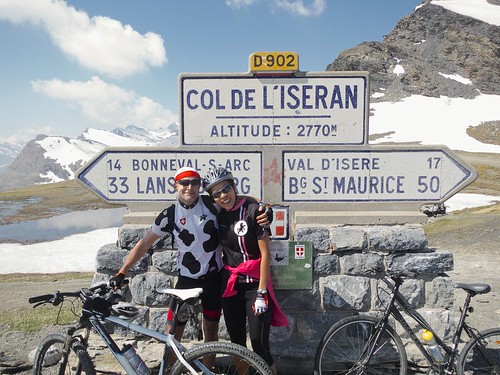 At the summit was food and music. The band was absolutely fantastic. 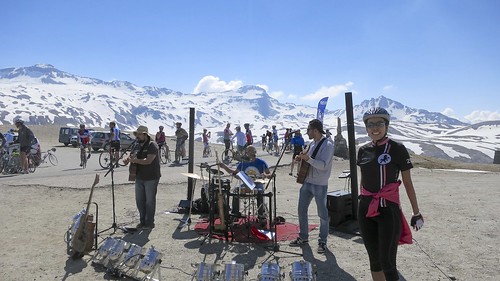 Brief Video of Band at Summit:

Just above the summit was a great flag, Doreen posed for my attempt at an artsy photo. Note, summer skiing in top right of photo: 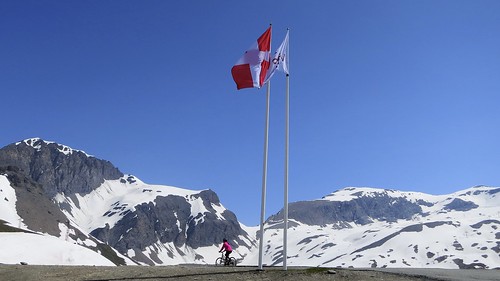 On the descent we took a detour to a great lookout point to just enjoy the views. Overall, perhaps the best ride of the year.

Bike-only day in paradise with my brave wife. What's not to love?