A beautiful loop in the Drôme department including a beautiful gorge, two main climbs/cols, as well as six more smaller cols passed along the way.

Starting alongside the Drôme river, the route leaves the main plain and heads into the Gorges de la Roanne. I would follow the Roanne river for roughly half the route, but the early stretch, perhaps the first 15 kms, are the most fun. 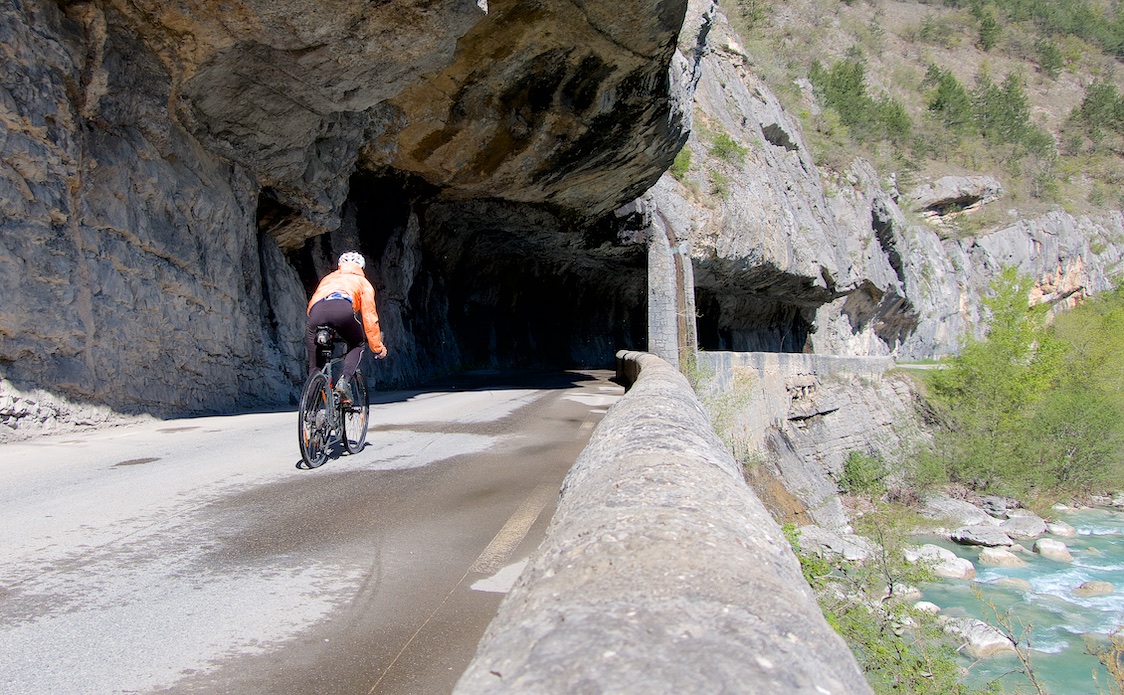 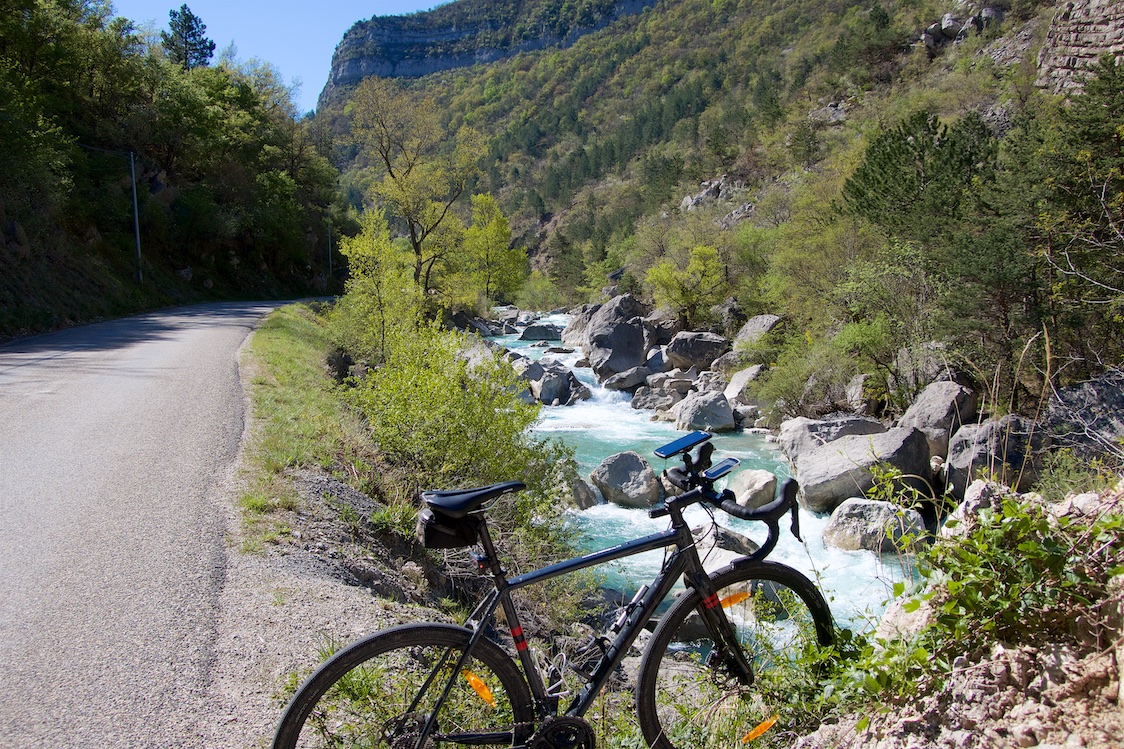 Riding through the gorge there are fun looking little side roads on both sides. I would take one of them as a quick there-back to Col de Pennes (1040 metres). This is cycling country and the Drôme department has nice signs for the better known climbs: 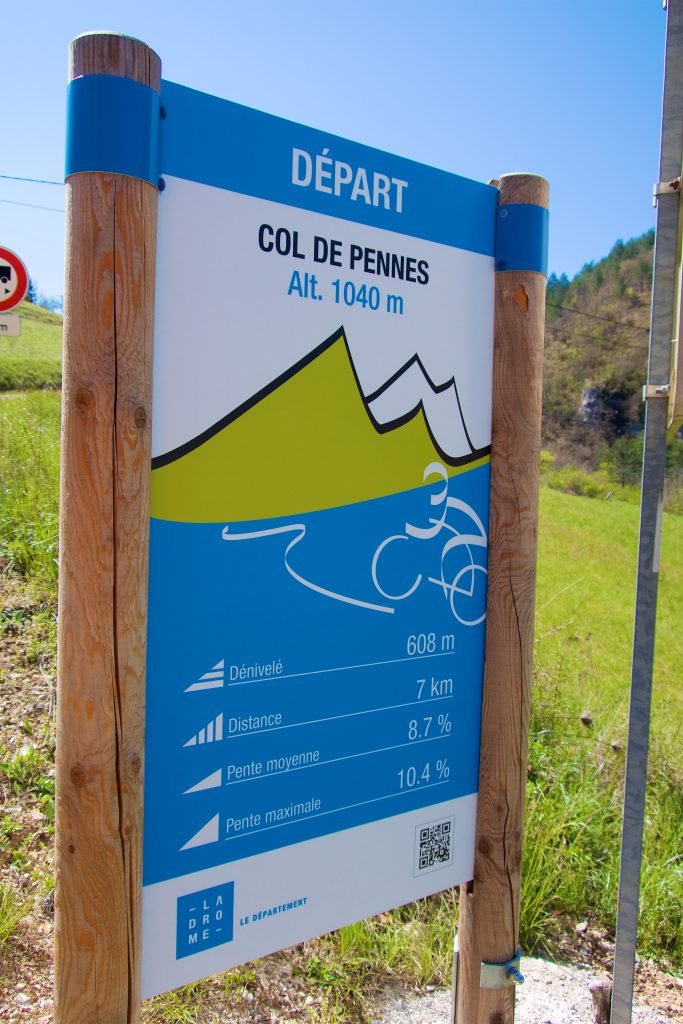 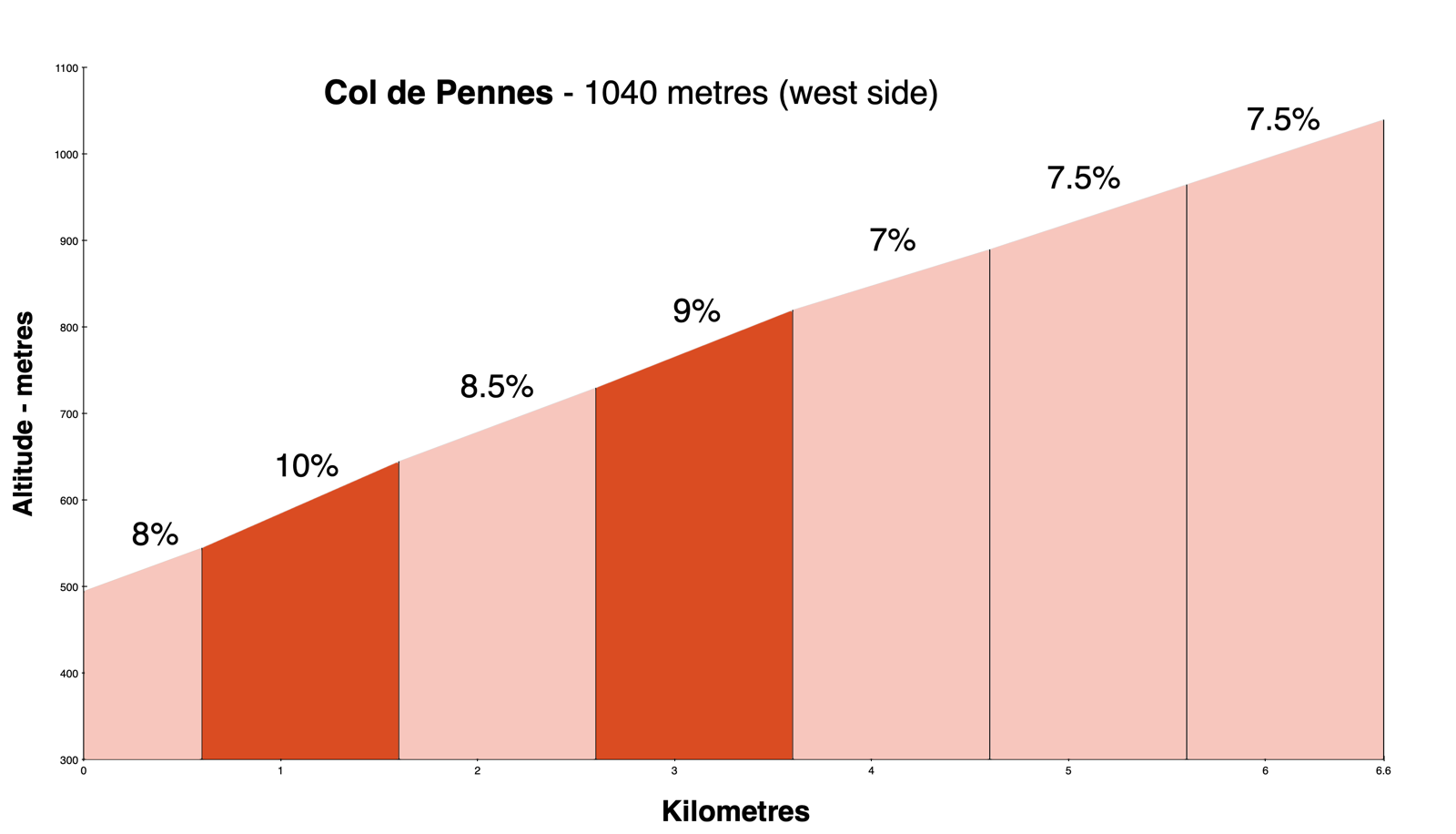 It’s a great little road, I never saw a car. Plenty of hairpins and views: 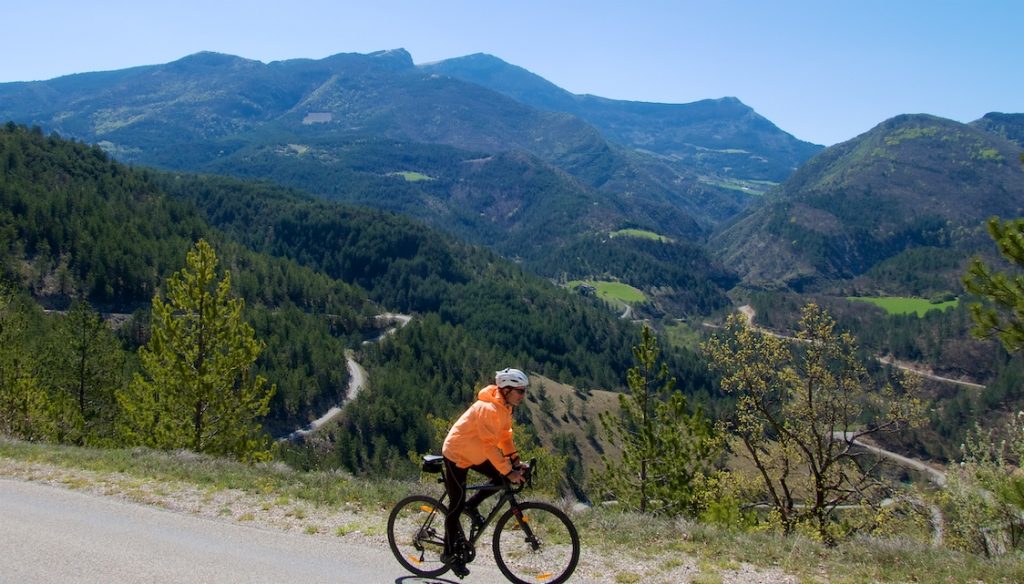 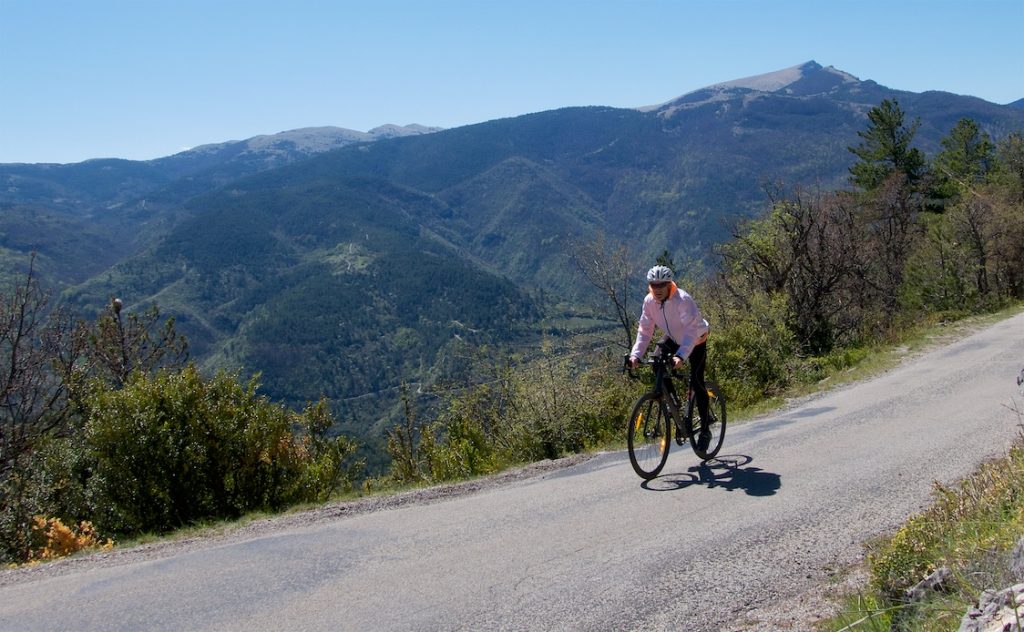 I had a loop in mind so I simply turned around at the Col and descended back to the Roanne. The next 40kms or so of the route is just pleasant cycling. Quiet, descent surface, nothing crazy. Relaxing.

The road would slowly turn up, first passing Col de Tavard (557 metres). My next goal was Col Lescou (829 metres). As I was getting nearer I could see a higher road and what looked like a col. So I had a close look at my map and decided to make another detour to visit Col de Muse (932 metres). Note, all cols are labeled on the map. 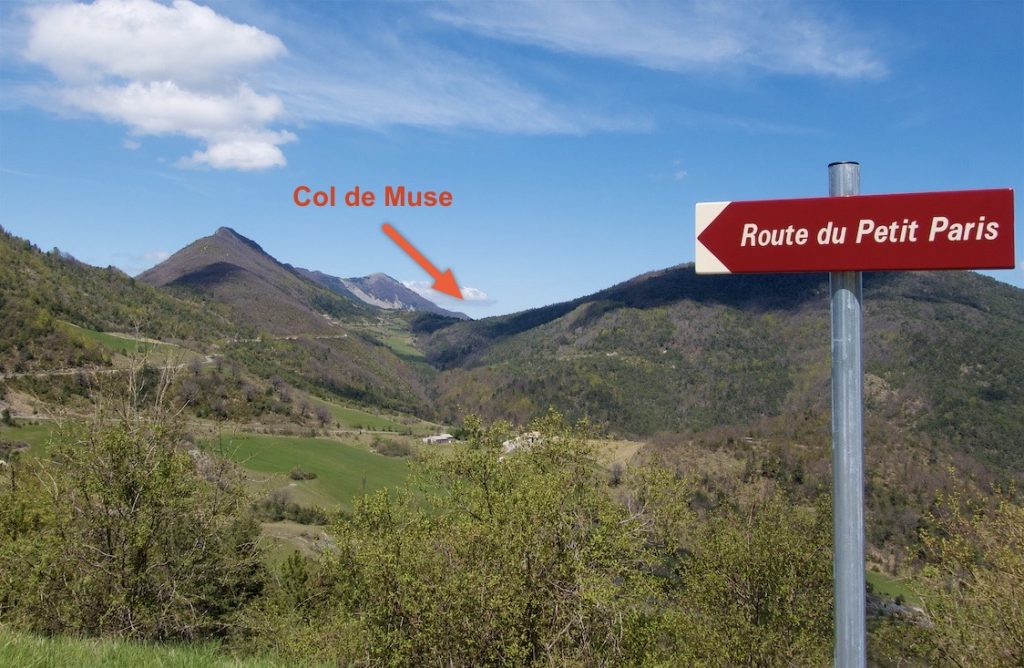 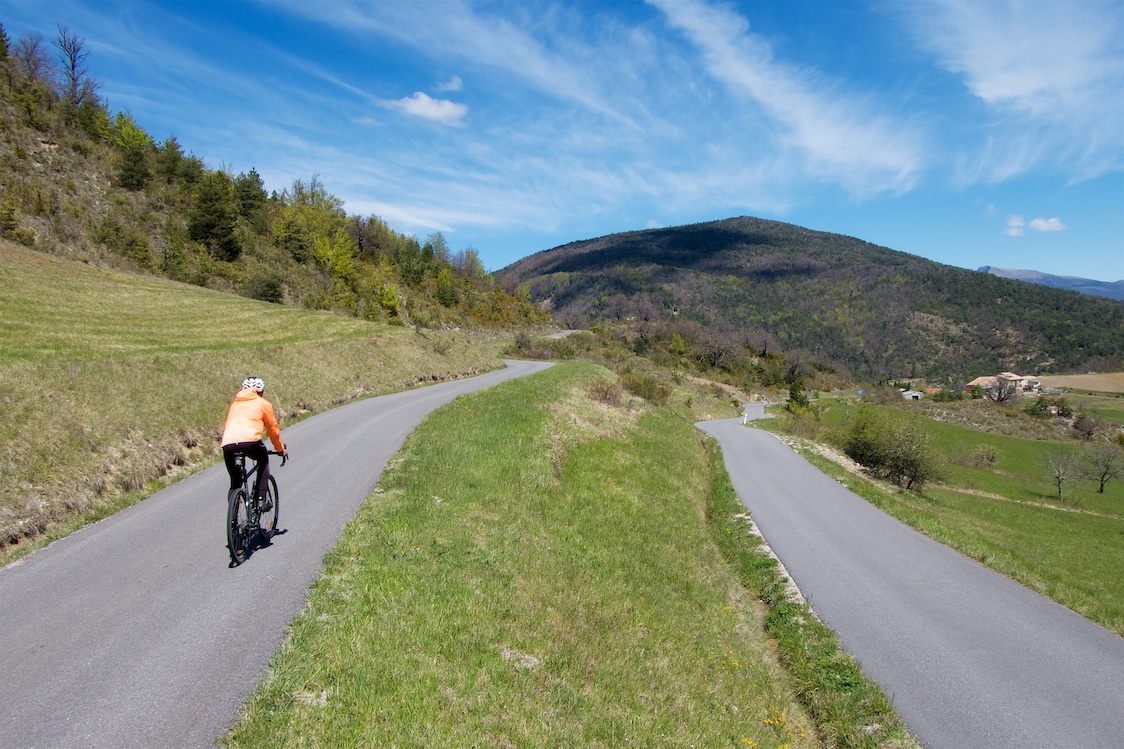 Turn off to Col de Muse

People that know me, understand that I get far too excited at the chance to visit a new col. So I was in a good mood. And then things got even better as I realised there was another col nearby if I just took a brief 1km gravel detour. Wooohooo, I found Col du Pin (918 metres). 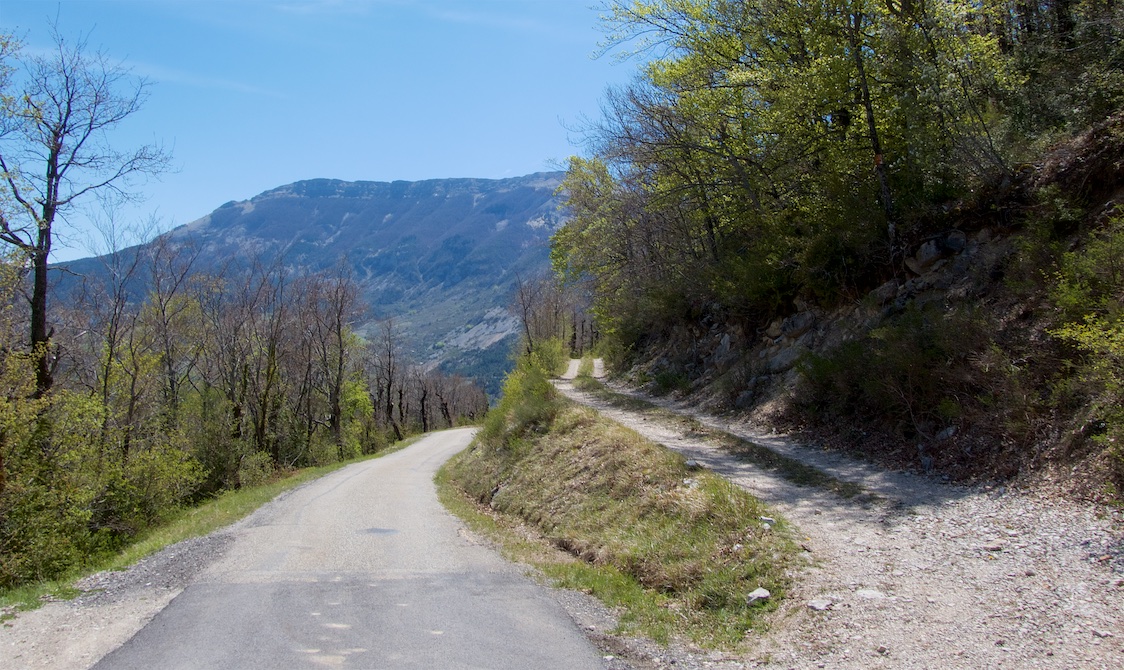 After finally reaching Col Lescou, it was an easy 15 kilometres mainly downhill to the start of the second real climb of the loop: Col de la Chaudière (1047 metres). 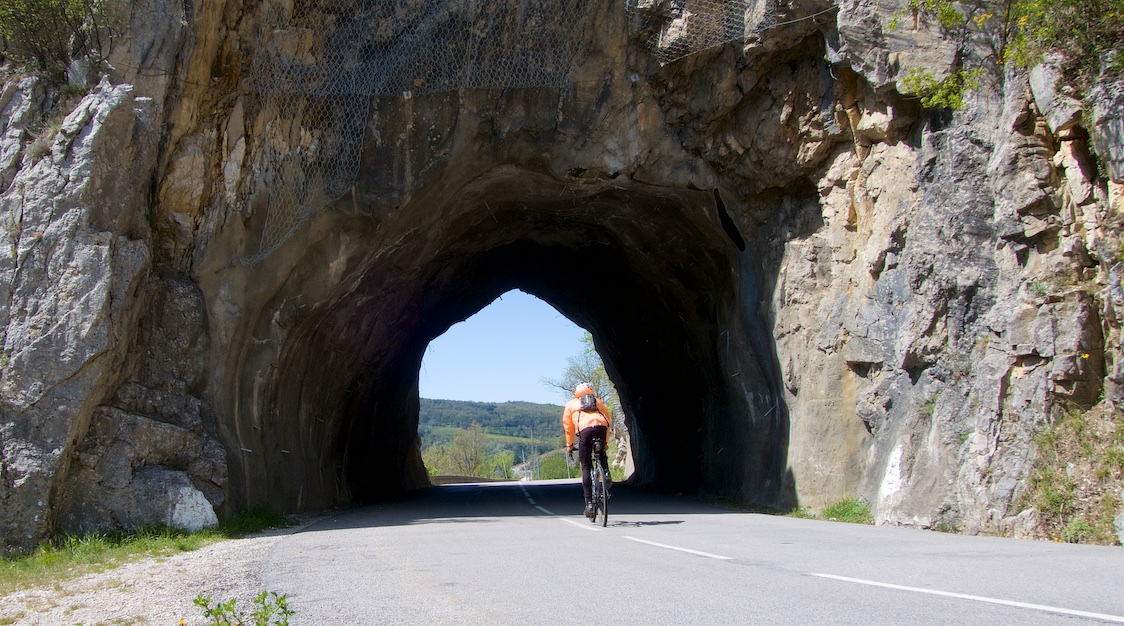 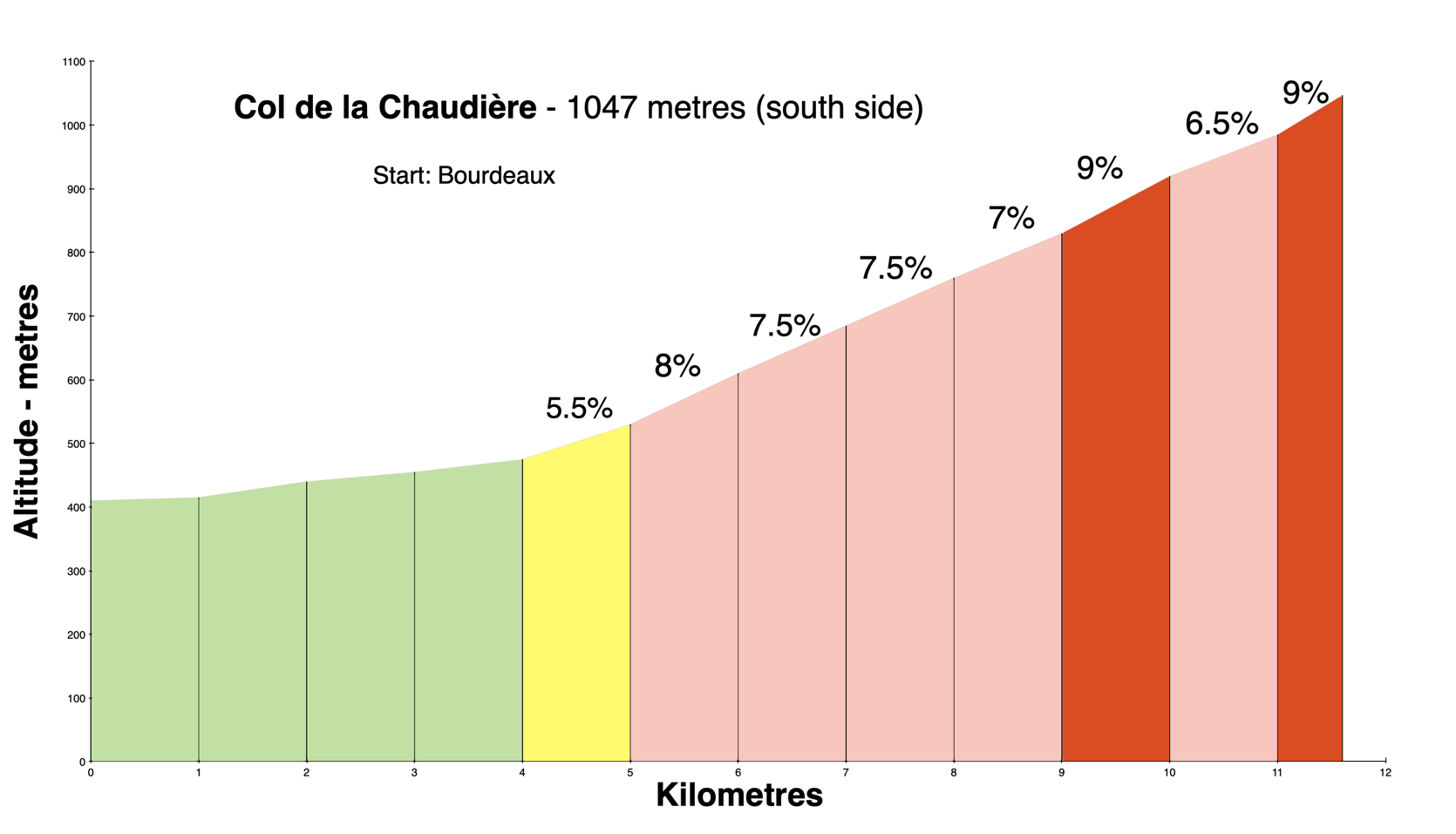 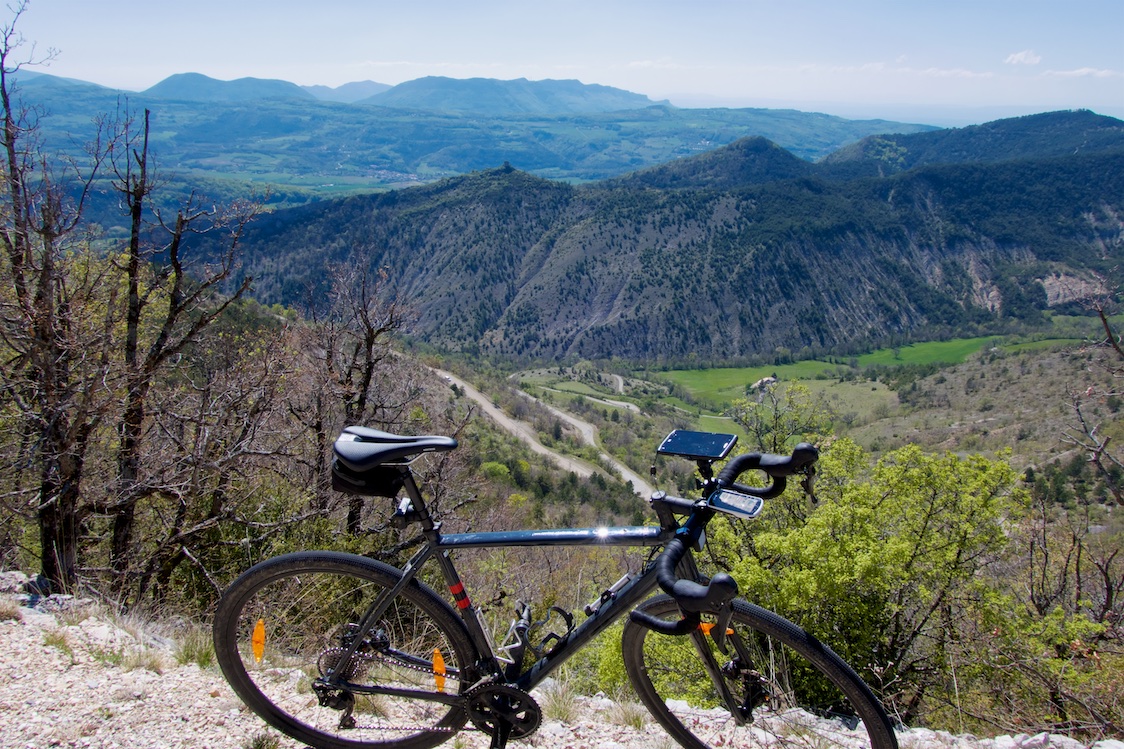 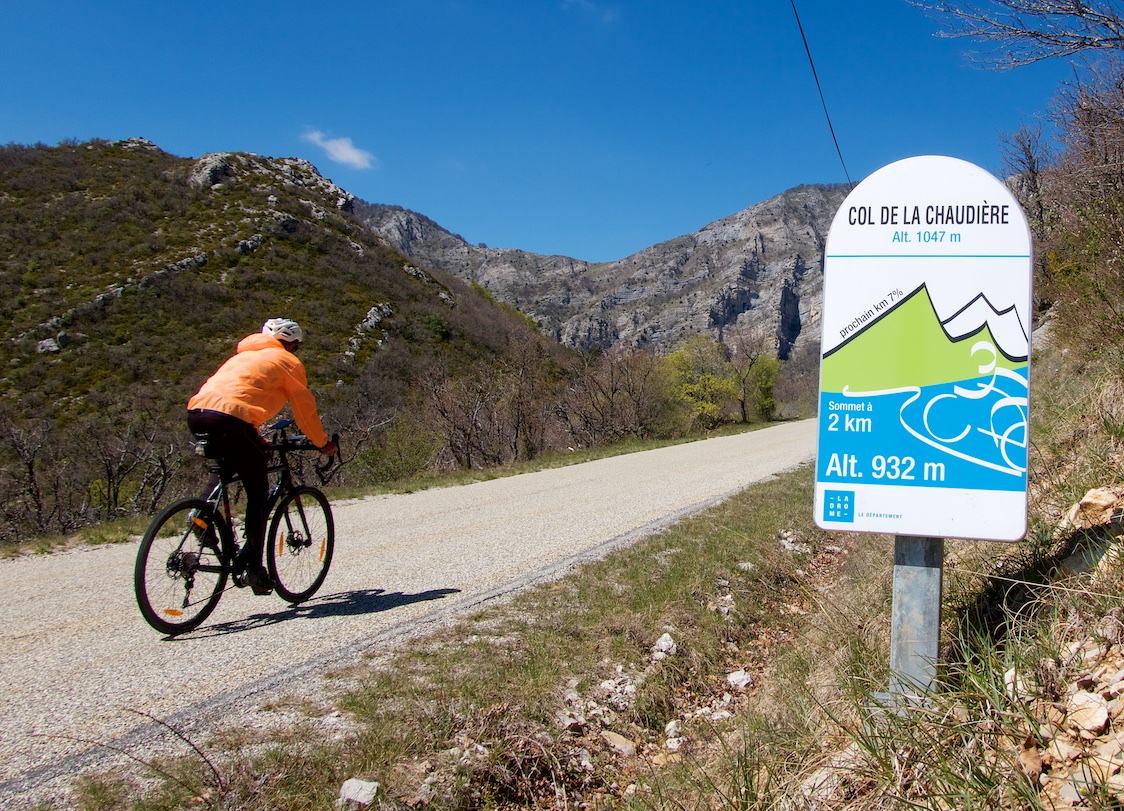 Before the summit I would first pass Col de Gourdon (953 metres). The final stretch to Chaudière is stunning with a huge mountain ridge on the far side of a deep gorge. 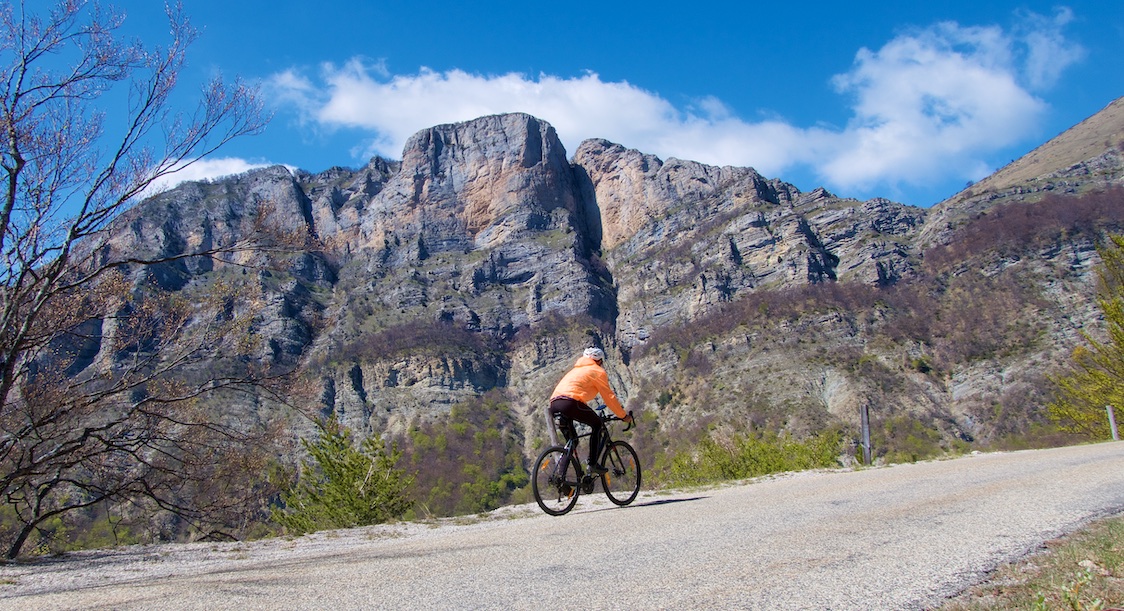 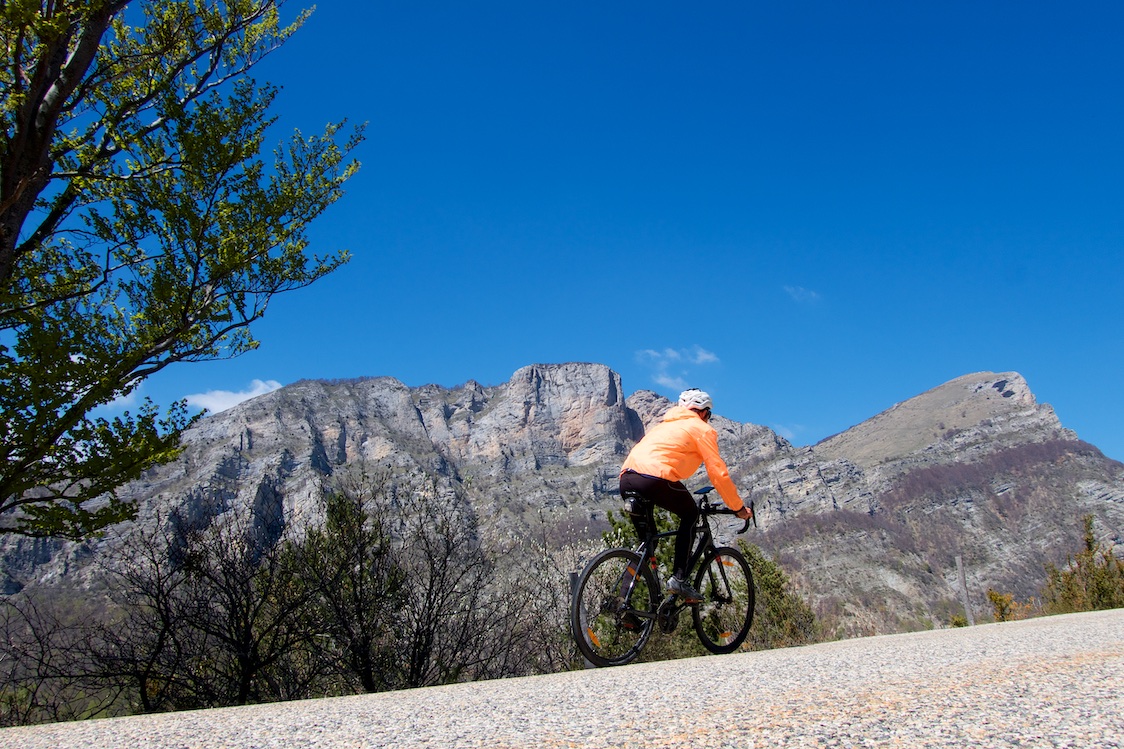 From the exact summit, I would get my first view of the distant high Alps: 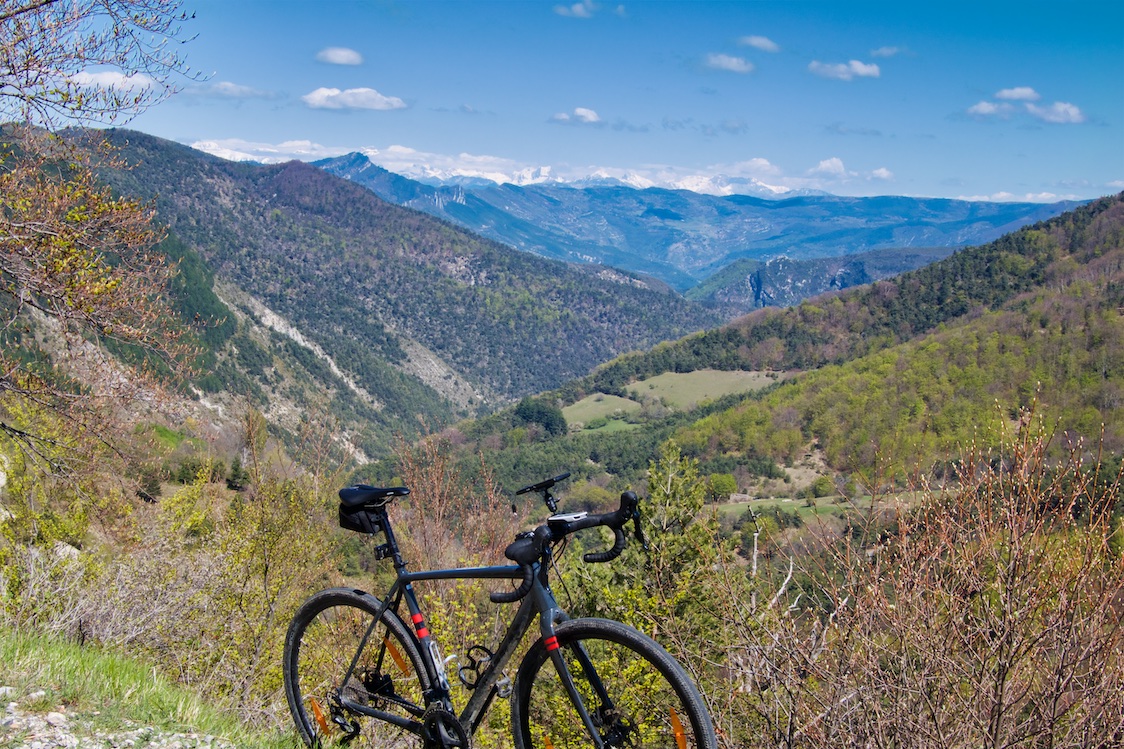 Finally a very quiet, curvy descent back to the start of the loop. Of course, this is not the highest, the most spectacular, or the most famous route in the Alps. But it’s very good off-the-beaten-track cycling. Peaceful, and plenty of cols. Perfect.