By far the highest Col near me that is open 12 months a year – as it leads to Flaine ski station. 21 kms uphill in March! Not the steepest (or easiest) climb but 1350 metres of ascent means it’s probably an “easy” Hors Categorie. 🙂

If doing this during ski season, make sure it hasn’t snowed recently or it risks to be treacherous on a road bike. And avoid Saturdays as lots of ski traffic. It’s a much quieter climb from May through November.

The goal was to break my record to the top (hurray!), and then take a few photos on the way down. I decided not to go the few kms down into Flaine as I was knackered, but it’s a nice little extension with some great hairpins (see the profile). 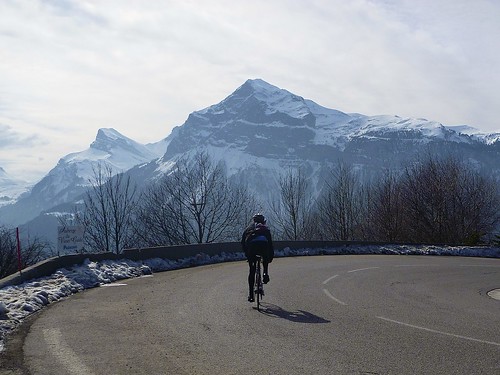 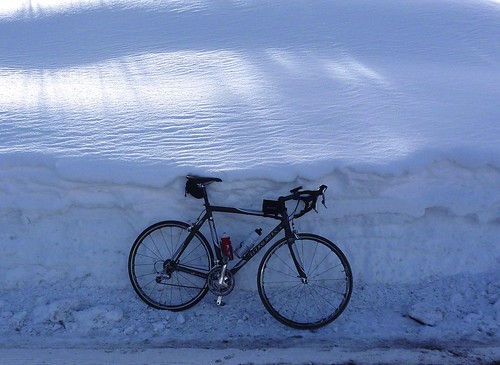 At the Col is a golf course which doubles as a small Cross Country Ski centre in winter. I visited recently, and the views are unbelieveable: 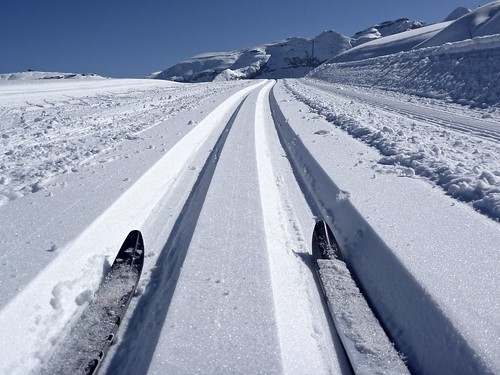 The descent was cold today, but it’s not too technical and can be a lot of fun. Here’s a video from 2010 that shows the descent: