The plan: Cycle as many Cols as possible (they are everywhere here), and watch Stage 4 of Paris-Nice at the top of Col de Fontmartin (final climb).

I’d never cycled here before but beautiful Cycling Country. I started in Belleville, in the Rhone river valley. As I headed towards the hills to the west, there are vineyards everywhere – a little brown now – but it must be beautiful from June until the the Vendange (the grape harvest, usually in Sept). Above and beyond the vineyards, lots of scenic, hilly, deserted roads going up and down through forested hills and the rare village. Superb.

To watch the race I found a hairpin a few hundred metres below the final climb (Col de Fontmartin) that allowed me to easily see the approaching peloton.

The fans were excited as French favourite Thomas Voeckler was in an escape group. Allez Thomas! ( I didn’t find out until much later that Voeckler won …. but isn’t it great to see aggressiveness rewarded?).

A couple of Voeckler pics: 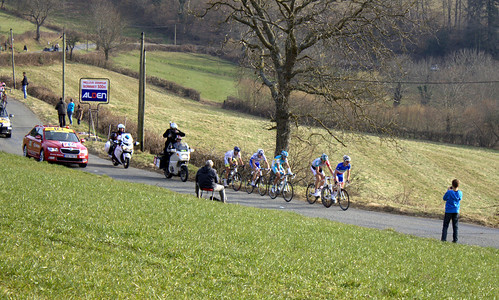 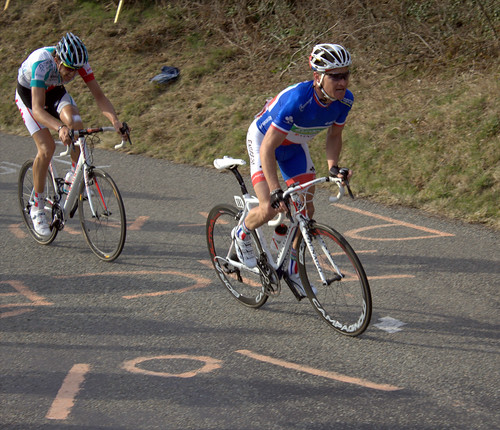