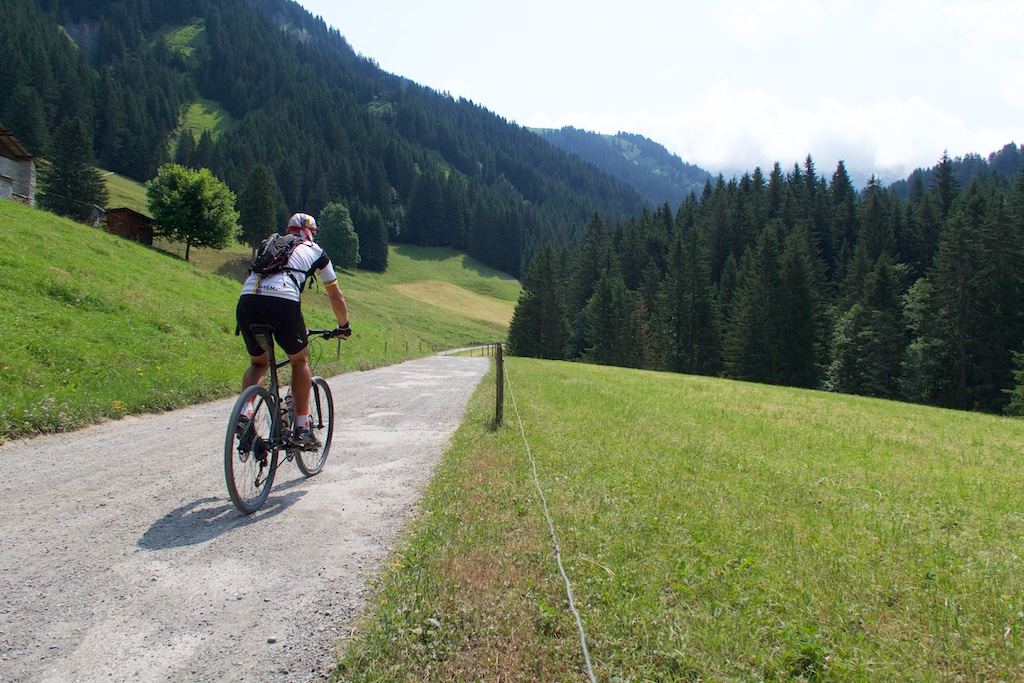 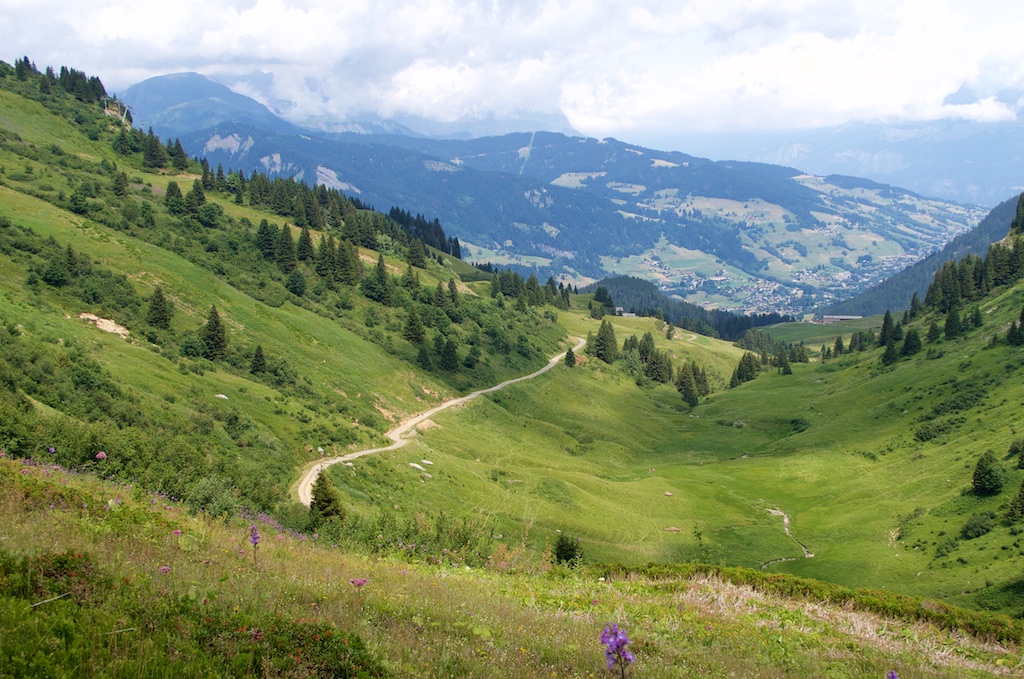 Looking back at road to Basse Combe 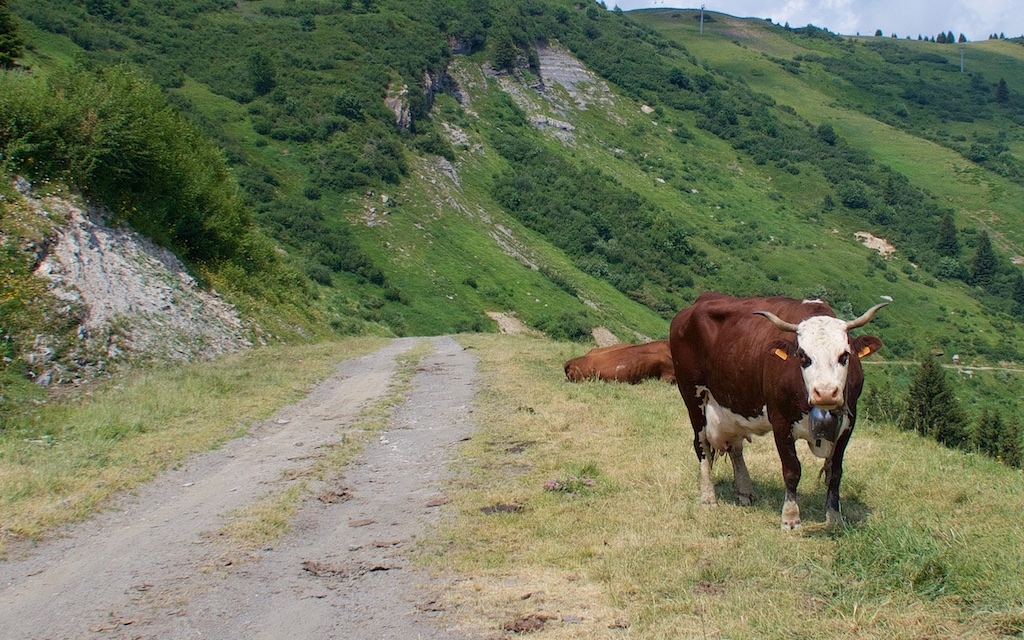 From Col de Basse Combe the route continues higher along a ridge – with different ski stations on either side. 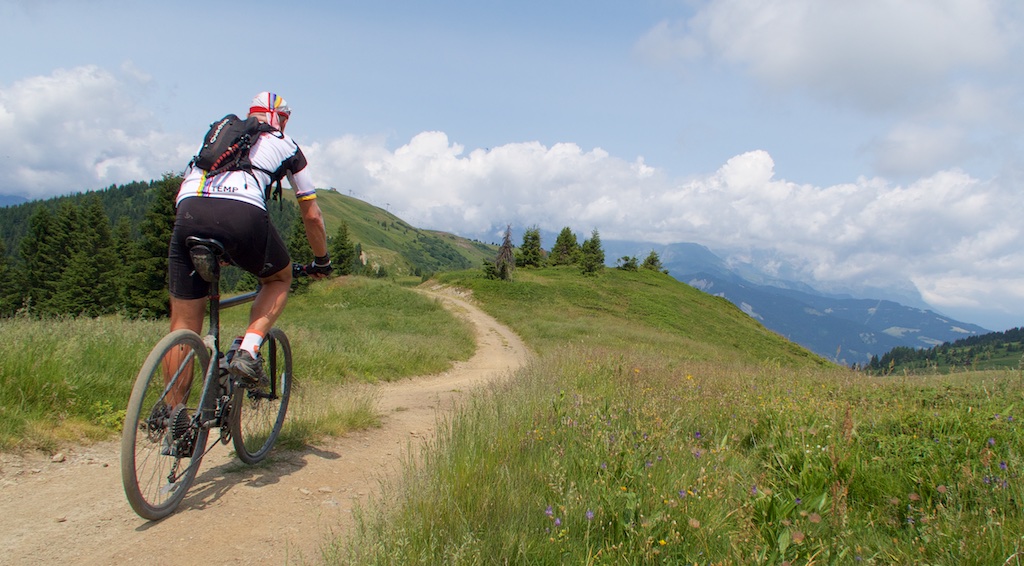 The route soon crosses another ridge and joins the road to Col de Véry (1960 metres). Usually this ride would include plenty of white high mountain views …. Mont Blanc is not far in the distance. Unfortunately it was a little cloudy today. 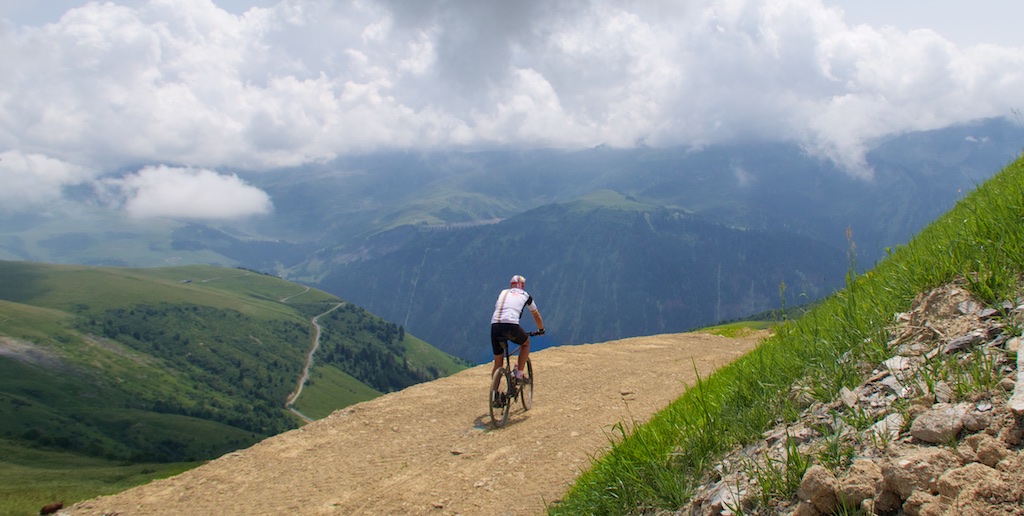 At Col de Véry it is only a couple of hundred metres to another pass: Col de la Croix de Pierre (see map). 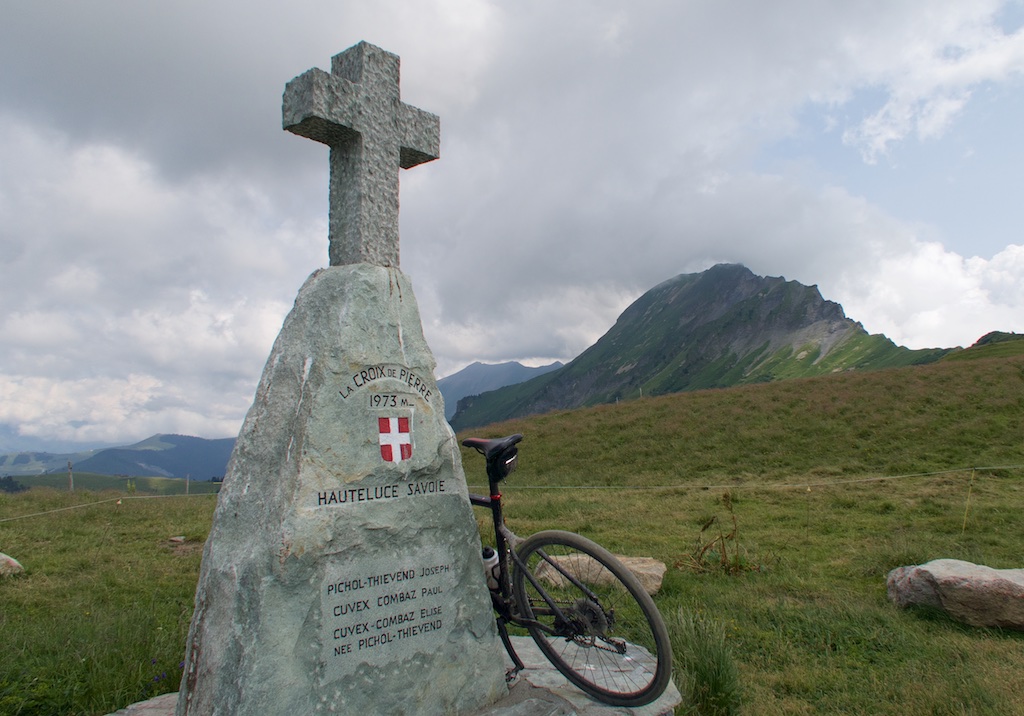 I descended the other side of Véry following a trail eventually leading to another ridge, the Rochebrune section of Megève ski station. 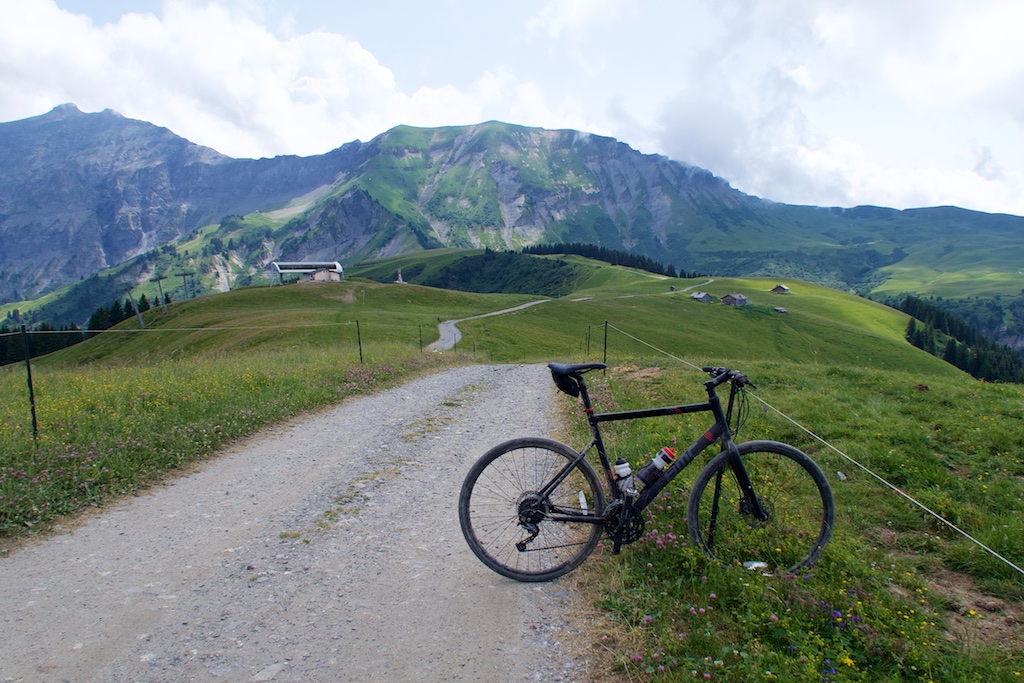 Finally I doubled backed a little and then descended a bumpy gravel road that becomes paved at roughly 1500 metres near the little airport. Then a quick paved descent back to Megève.

This is a super-scenic, super quiet, cow-filled loop. 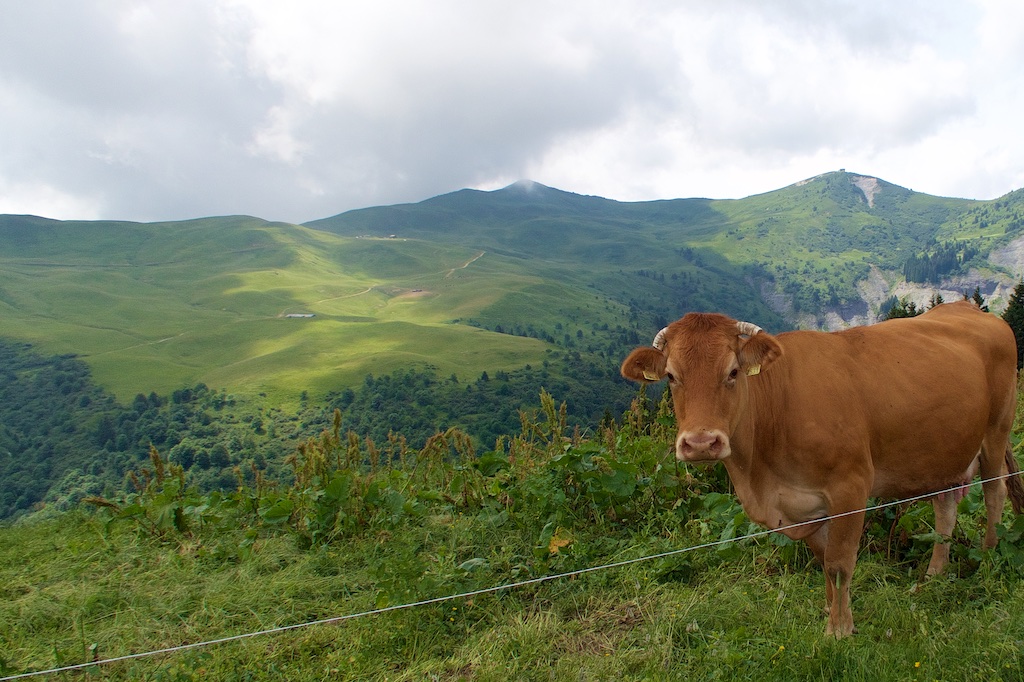 Descent side of Col de Véry 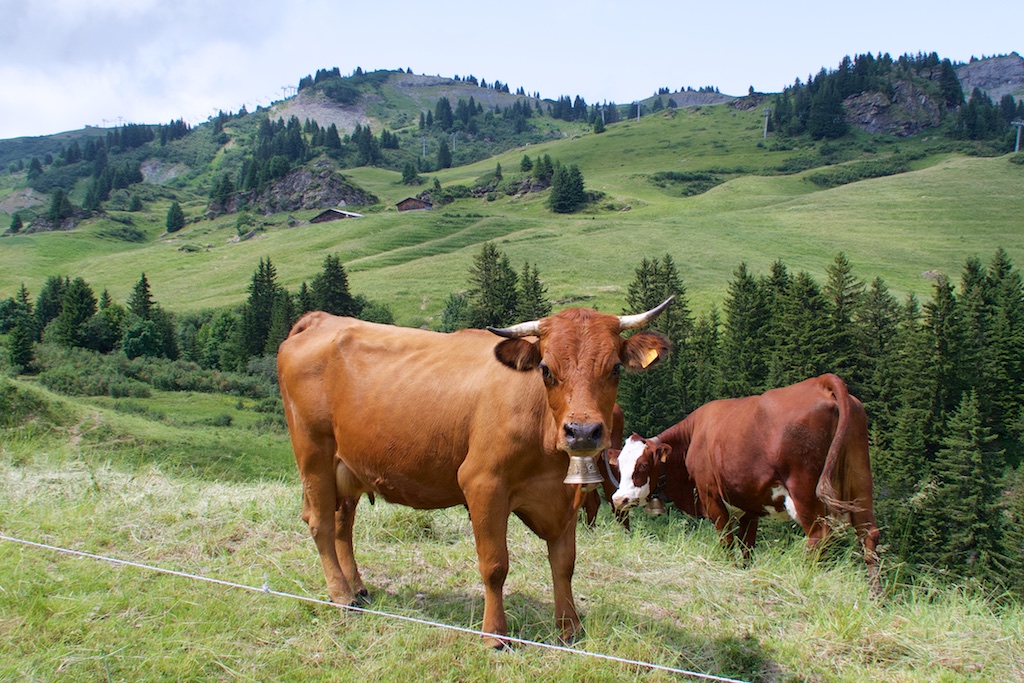