Col des Glieres starts only about 15 miles from home. It’s a beautiful hair-pinned route up the side of a mountain past a superb cliff waterfall. Steepish in parts with 6 kms at 9% or more.

Up top is the Plateau des Glieres. During WW2, this plateau was generally inaccessible in winter and the Maquis (French resistance) used it as a base and for weapon drops from the English. It was the site of one of the biggest battles between the Nazis and The Maquis, with 149 of the French resistance killed in a March 1944 battle.

Doreen gave me car support for the ride and at the top we went for a hike along a route filled with information panels about the resistance. See the huge monument in photo below. 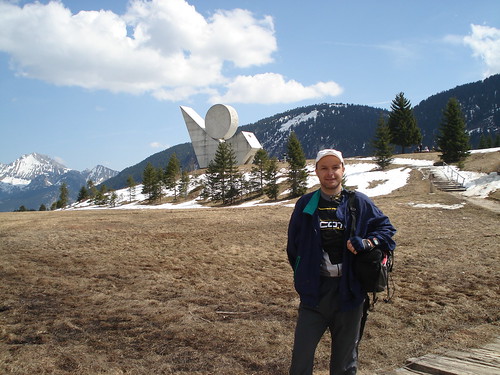