Lac du Bourget is the largest and deepest lake entirely in France. It is surrounded by the Alps and Jura mountains including Mont du Chat, one of the toughest road bike climbs in France. Doreen and I would ride the bike path on the south east side of the lake and then visit the very scenic Col du Chat above.

See here for a detailed post mapping and describing a bunch of cycling climbs and loops in the Lac du Bourget region.

We started on the south edge of the lake. There is a segregated bike path that reaches Aix-les-Bains roughly 10 kilometres away. Note, we didn’t take it, but there is also a 10 kilometre bike path to Chambéry that begins at the start of our route. 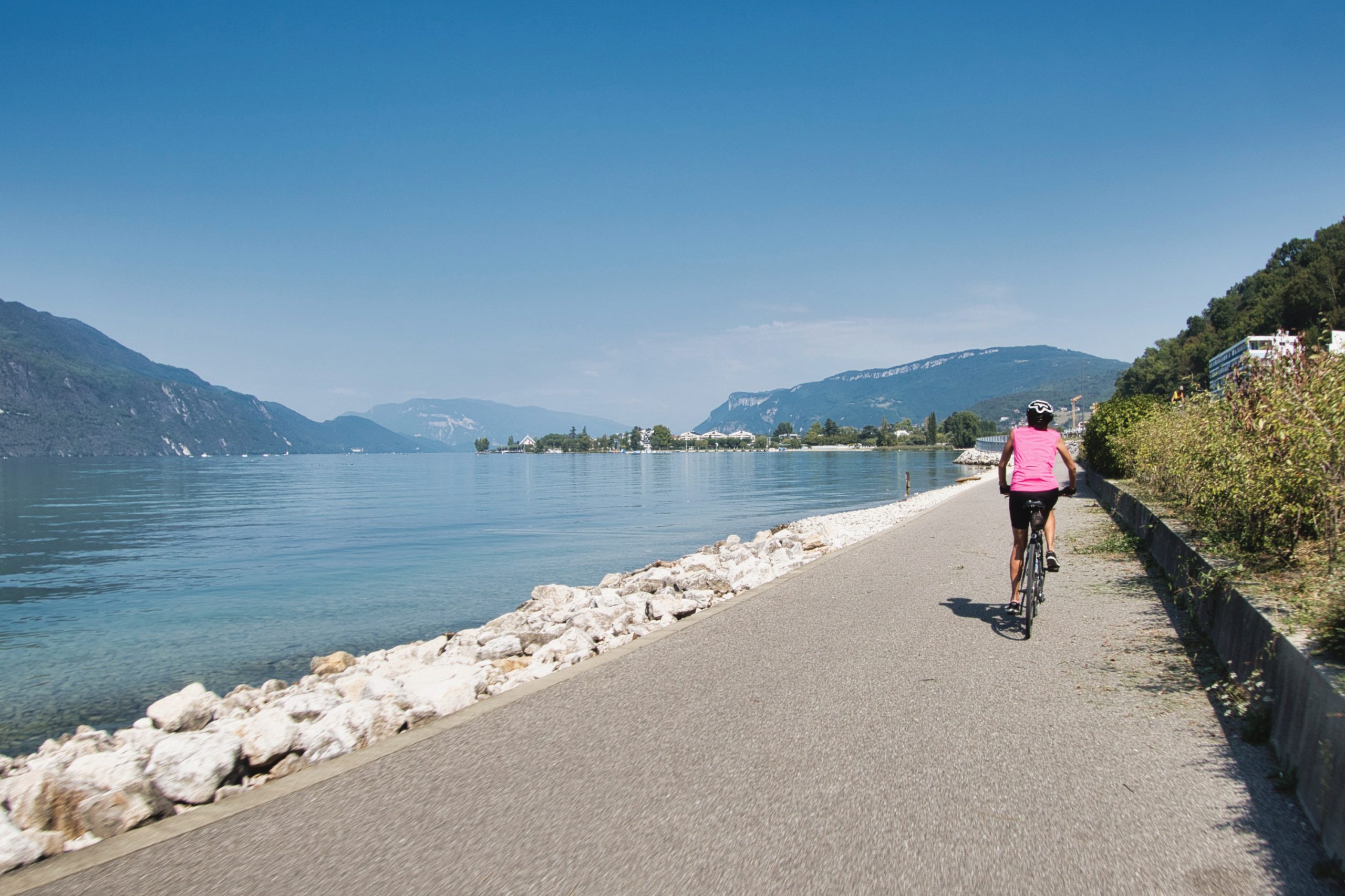 On our left, the far side of the lake is dominated by Mont du Chat. 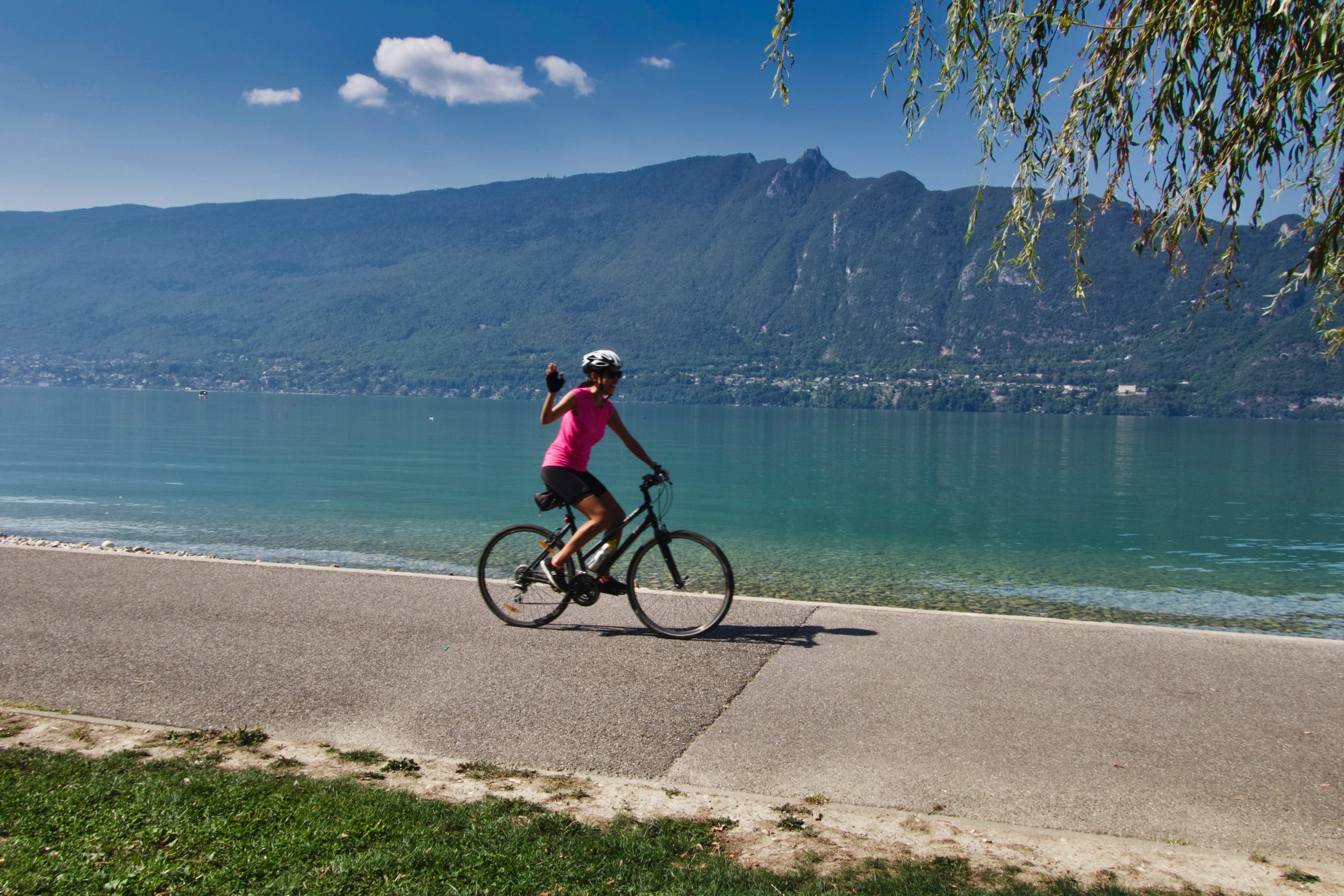 Aix-les-Bains is a nice enough town. But the Riviera of the Alps? 🙂 These signs were everywhere. 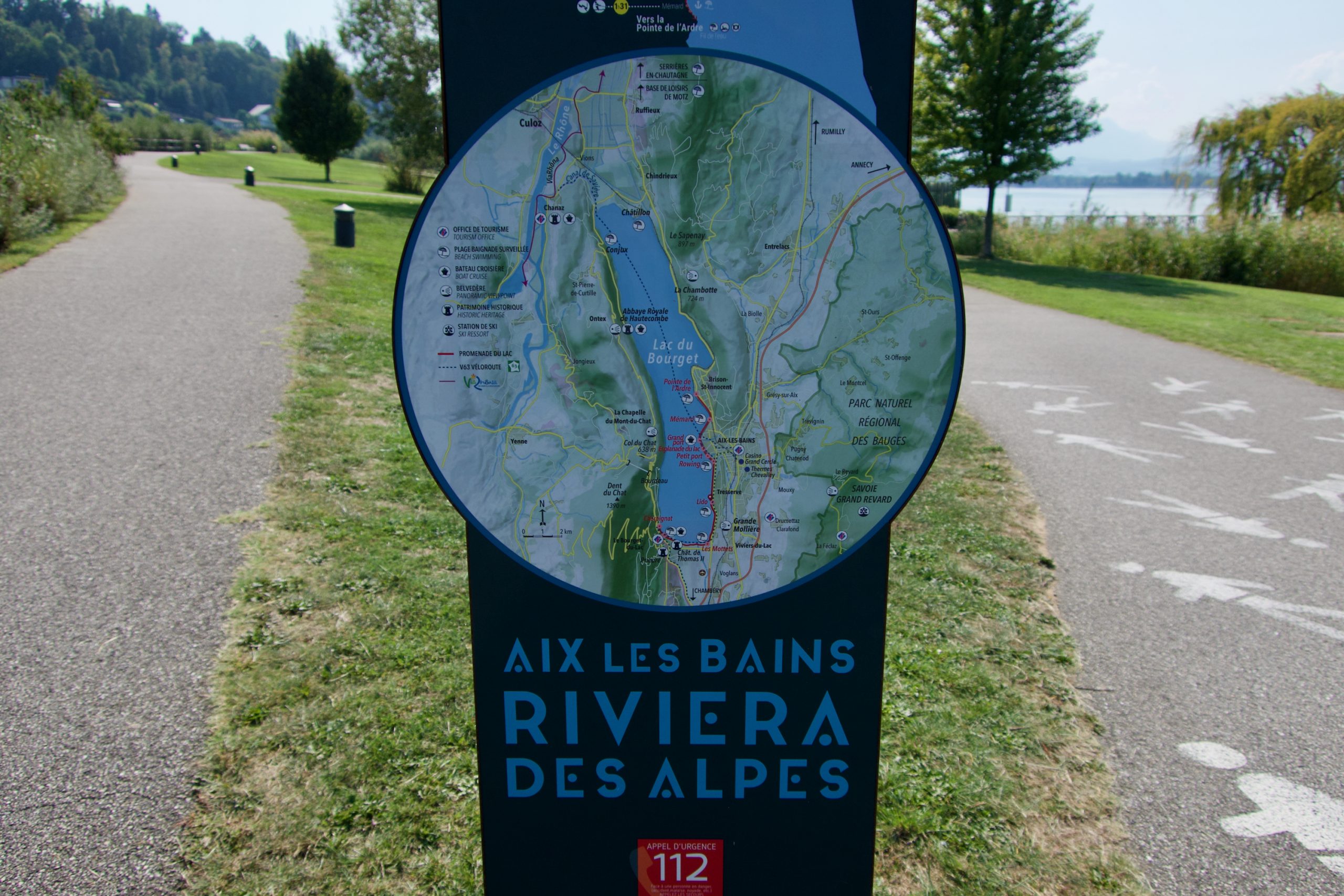 As we approached Aix-les-Bains, it was more crowded, so we decided to turn around and climb the smaller ridge on the far side of the lake to Col du Chat. 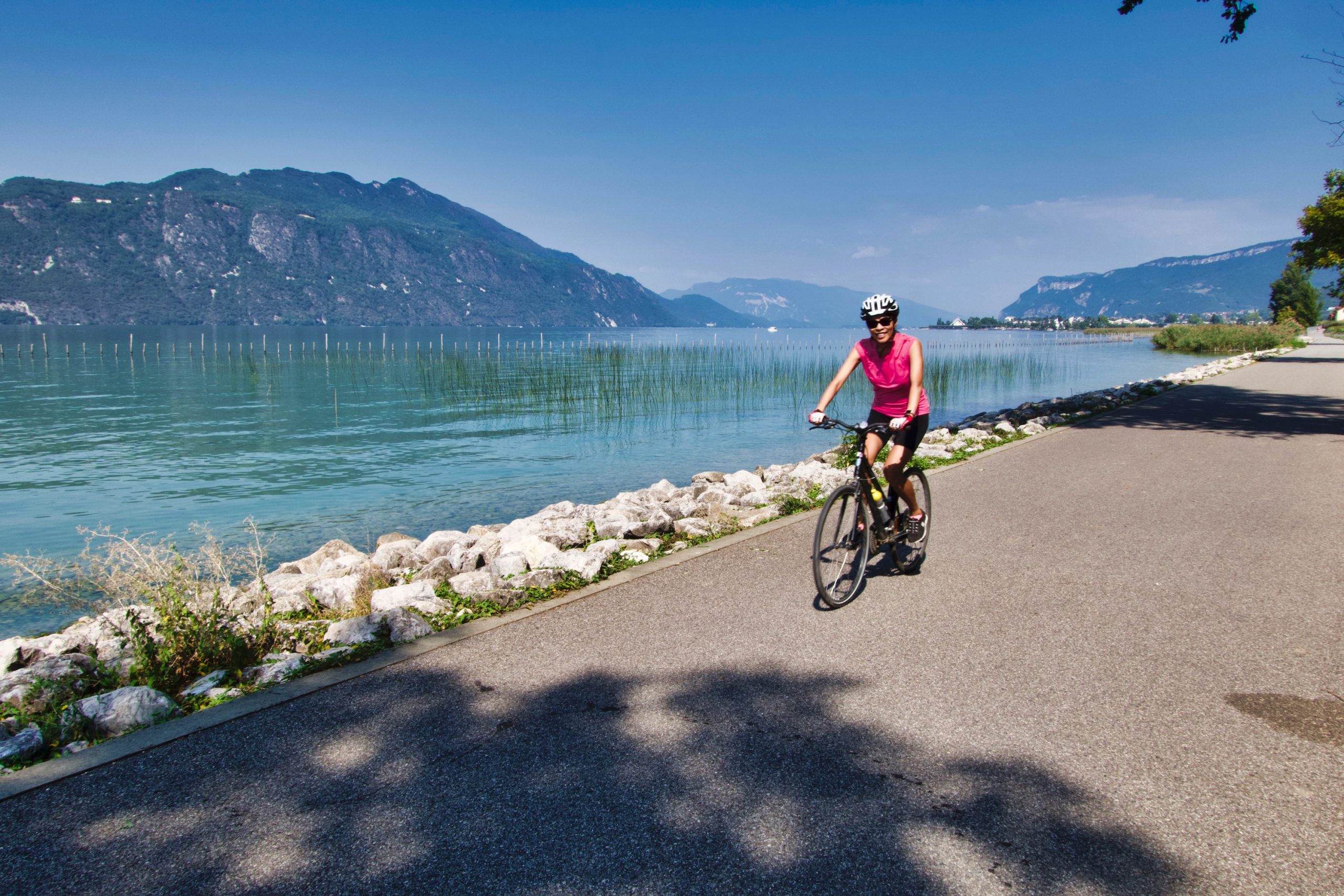 It’s a beautiful little climb. Far more scenic if MUCH easier than the climb to the summit of Mont du Chat 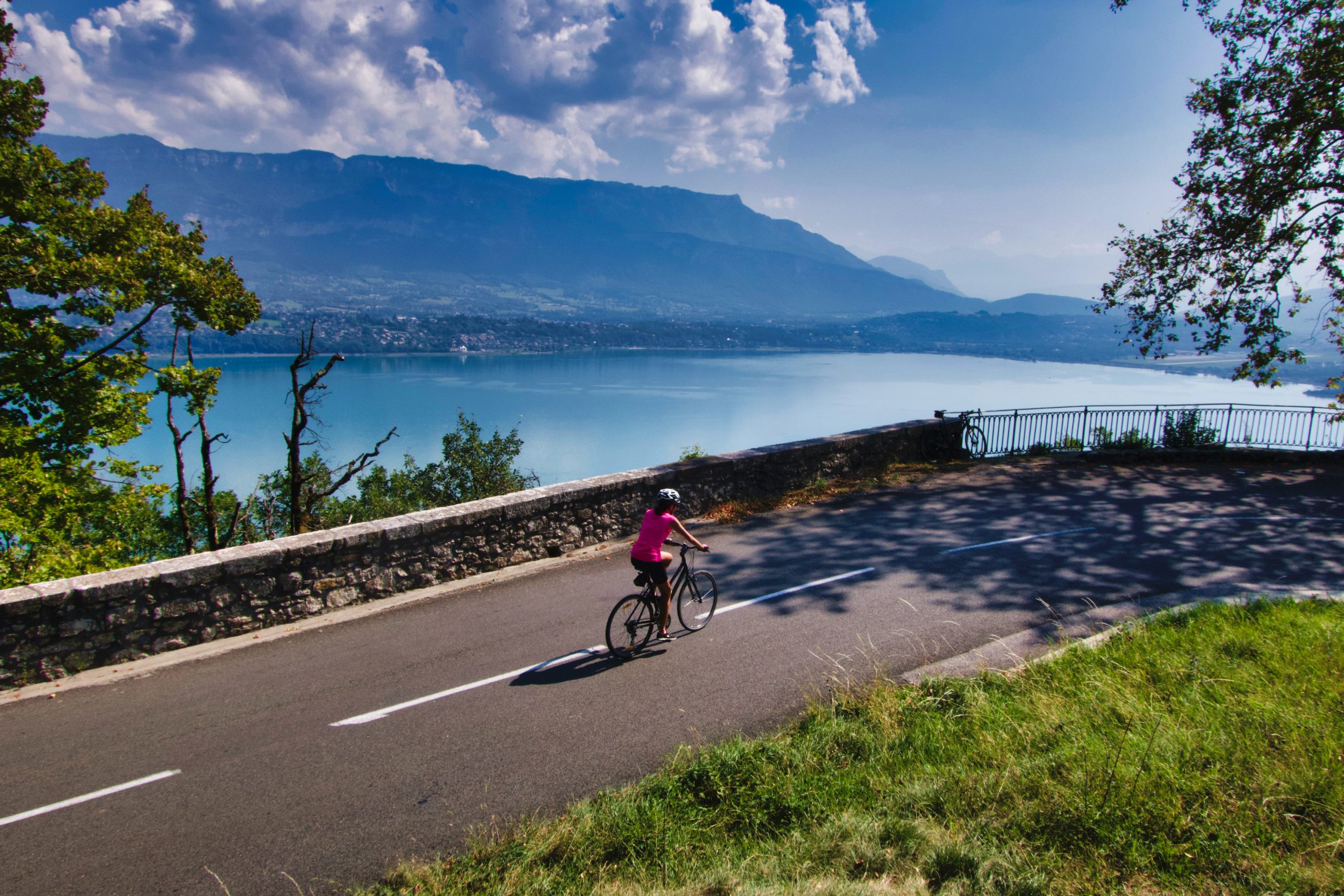 Mont Revard is the big mountain above the (south) west side of the lake – behind Doreen in the photo below: 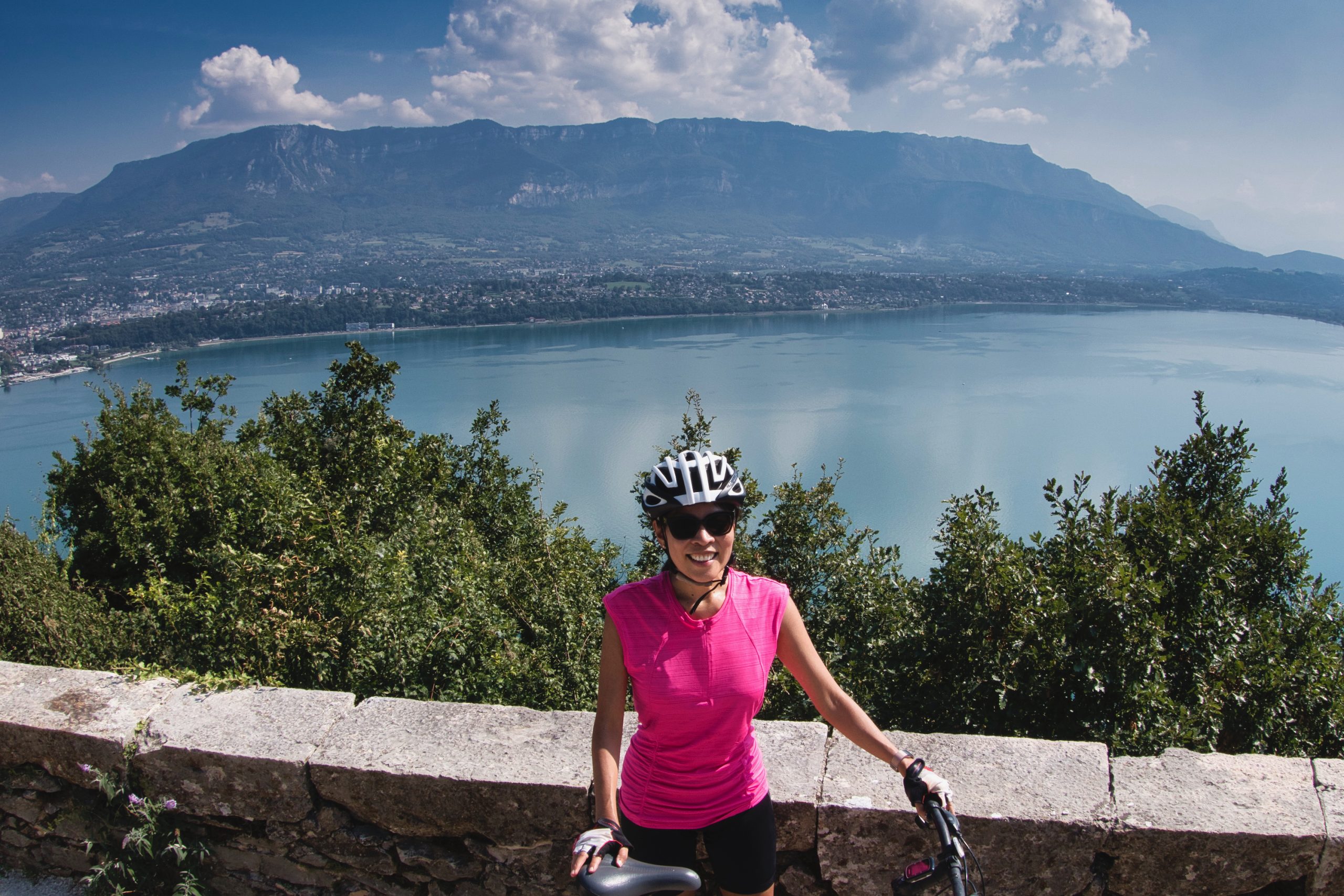 After visiting the Col, we went a little further along the top of the ridge to the 14th century chapelle Notre Dame de l’Etoile. It has the most amazing and relaxing lookout: 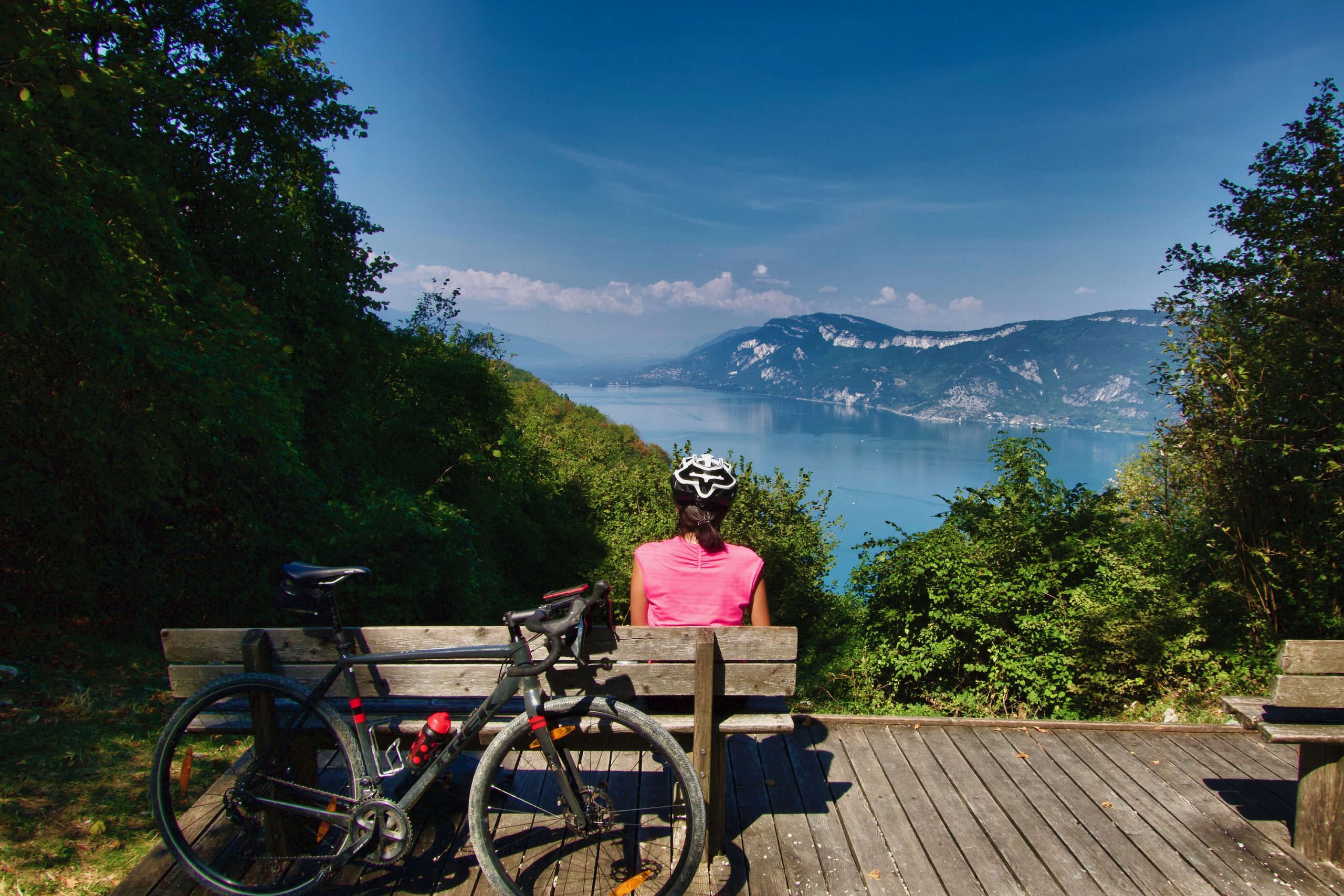 This is a super-scenic ride. Well done Doreen. Girl Power! 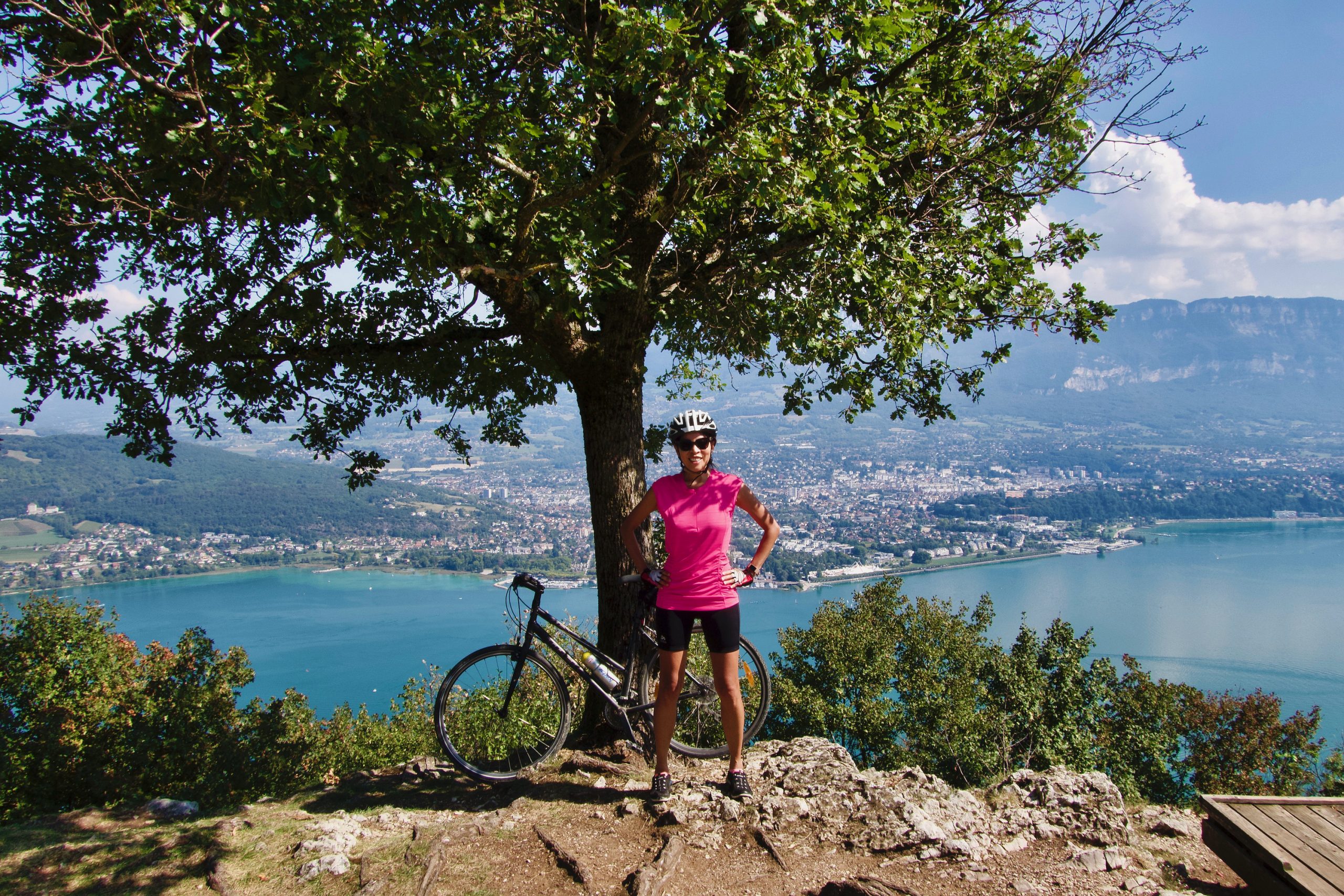