High in the Valais canton of Switzerland, Col du Sanetsch should be on anyone’s list of the toughest, most beautiful climbs in the Alps.

One weakness of the biggest/best Alpine cycling climbs? Sometimes the lower slopes are just “ok.” But the first seven kms of Col du Sanetsch are through rolling hills covered in vineyards: 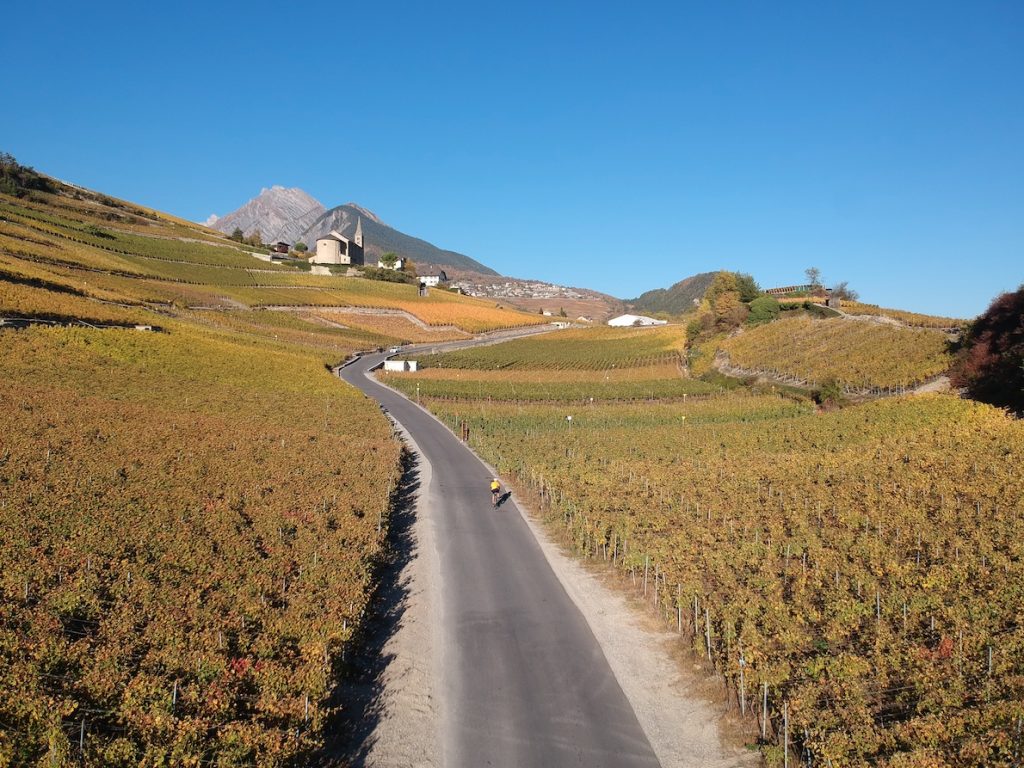 These early kilometres have a touch of traffic due to a couple of perched villages, but it’s a wide, well-surfaced road. Above these villages, things get much quieter. 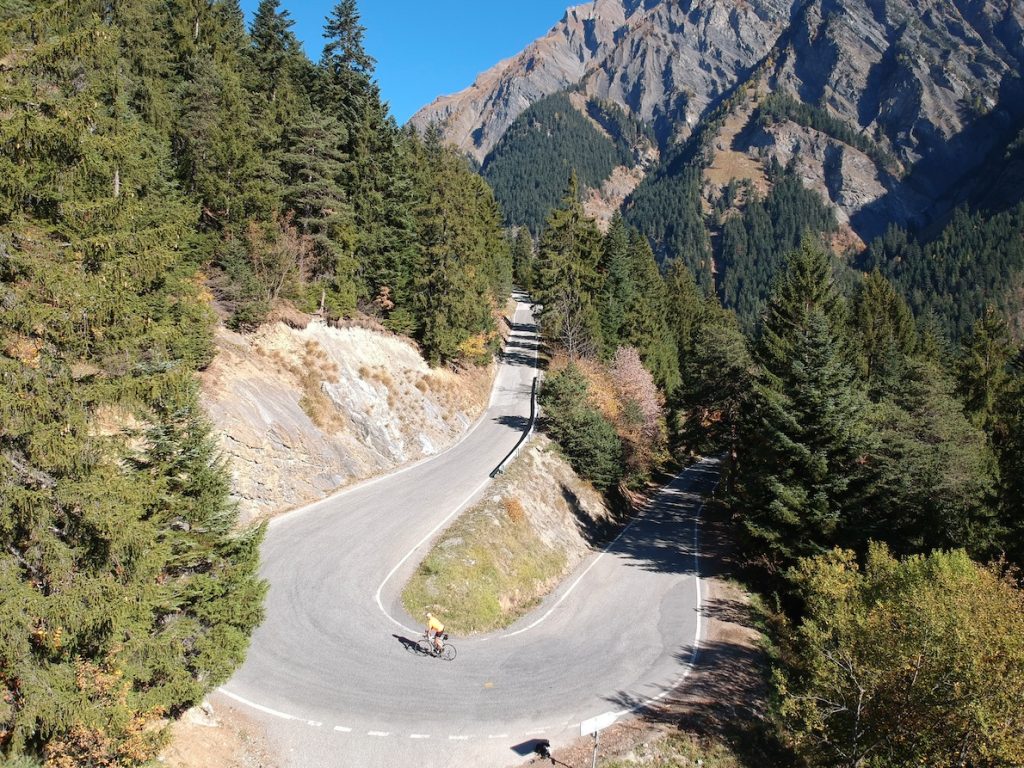 There are some fabulous hairpins: 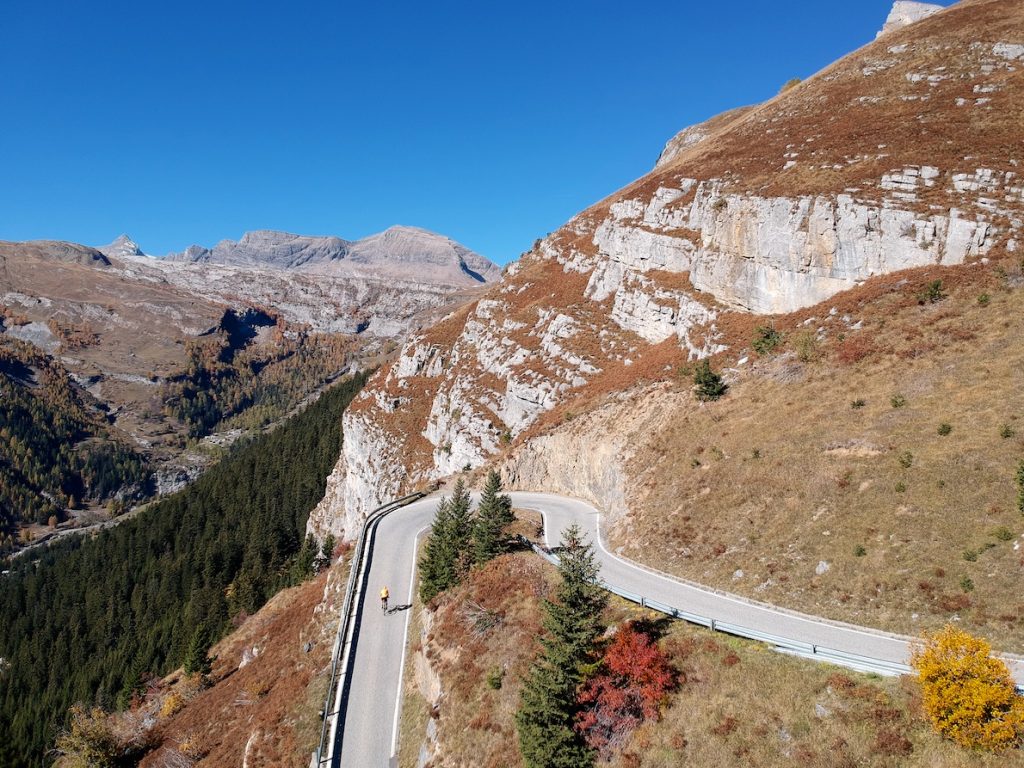 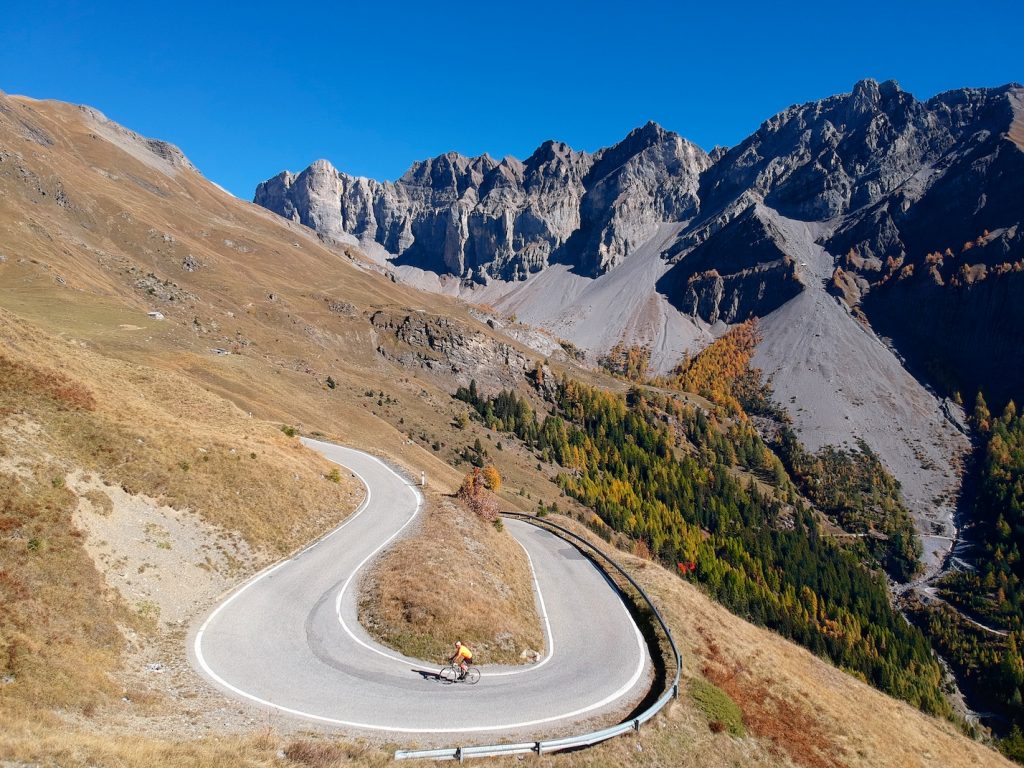 There are three tunnels, one of them almost a kilometre long. But this is Switzerland … it’s nicely lit. 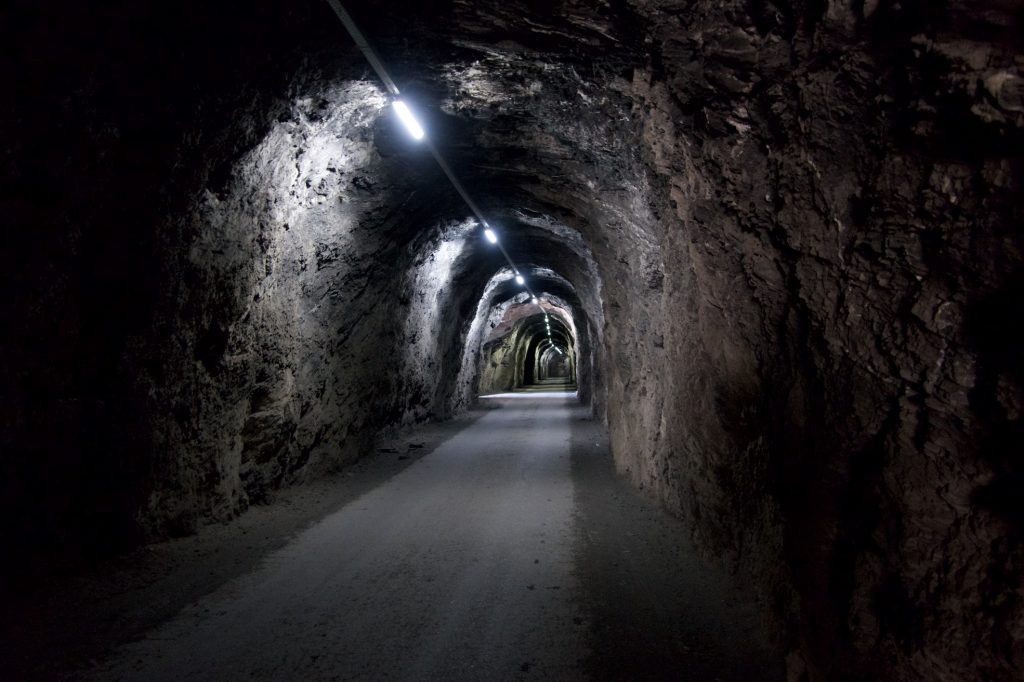 It’s 26 kilometres and almost 1800 metres of ascent to Col du Sanetsch (or Sanetschpass). But things get even better over the top. The road descends for a couple of kilometres as Lac de Sénin (or Lac de Sanetch) comes into view: 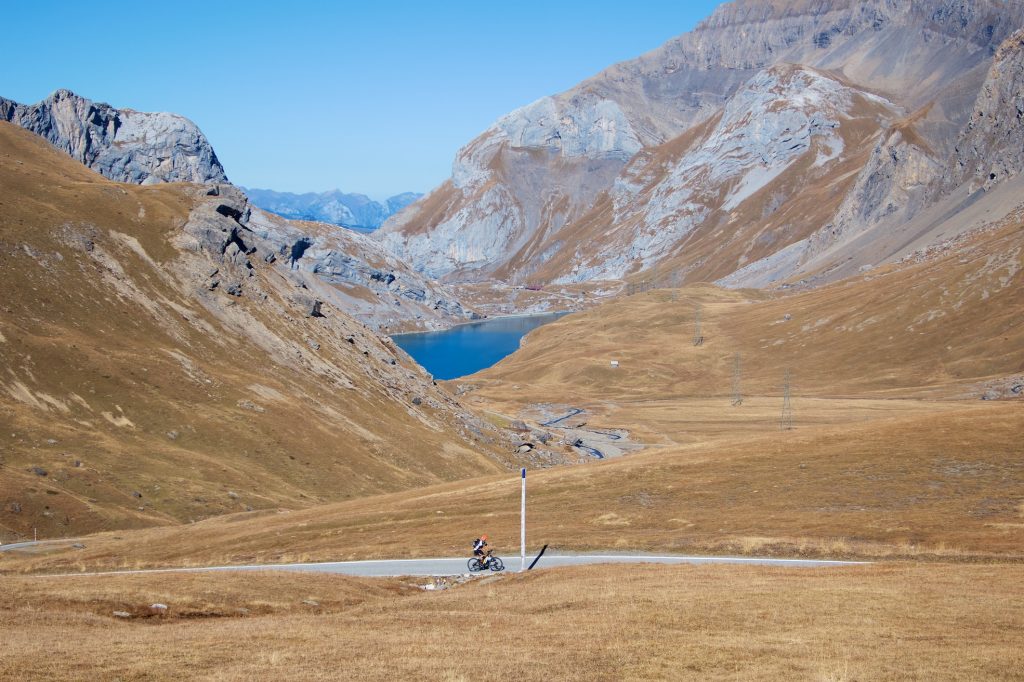 The route then rides beside the lake: 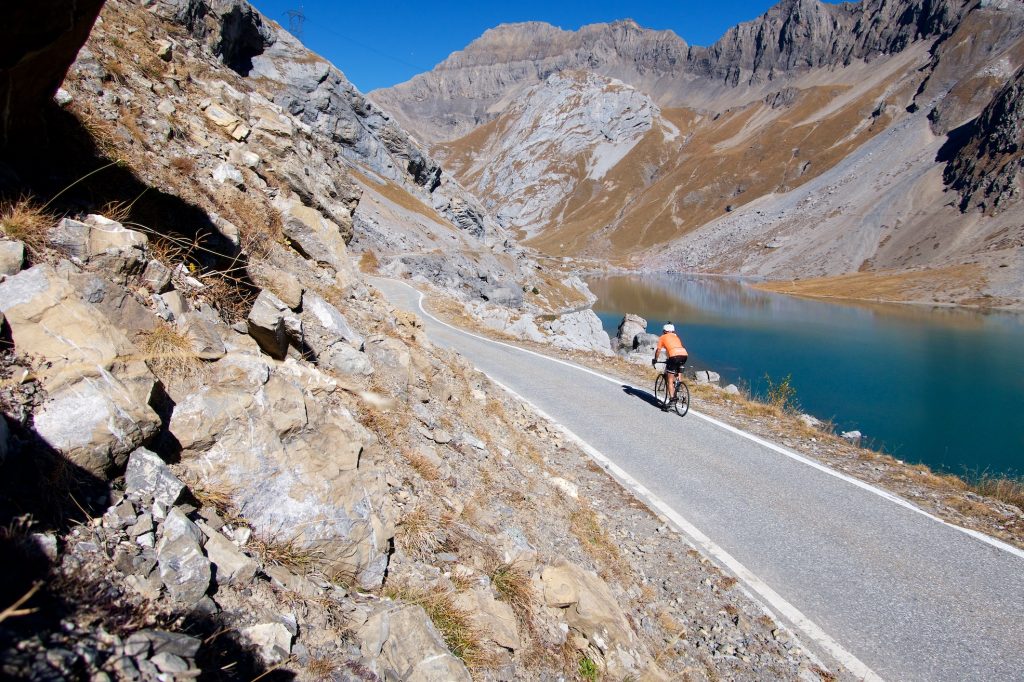 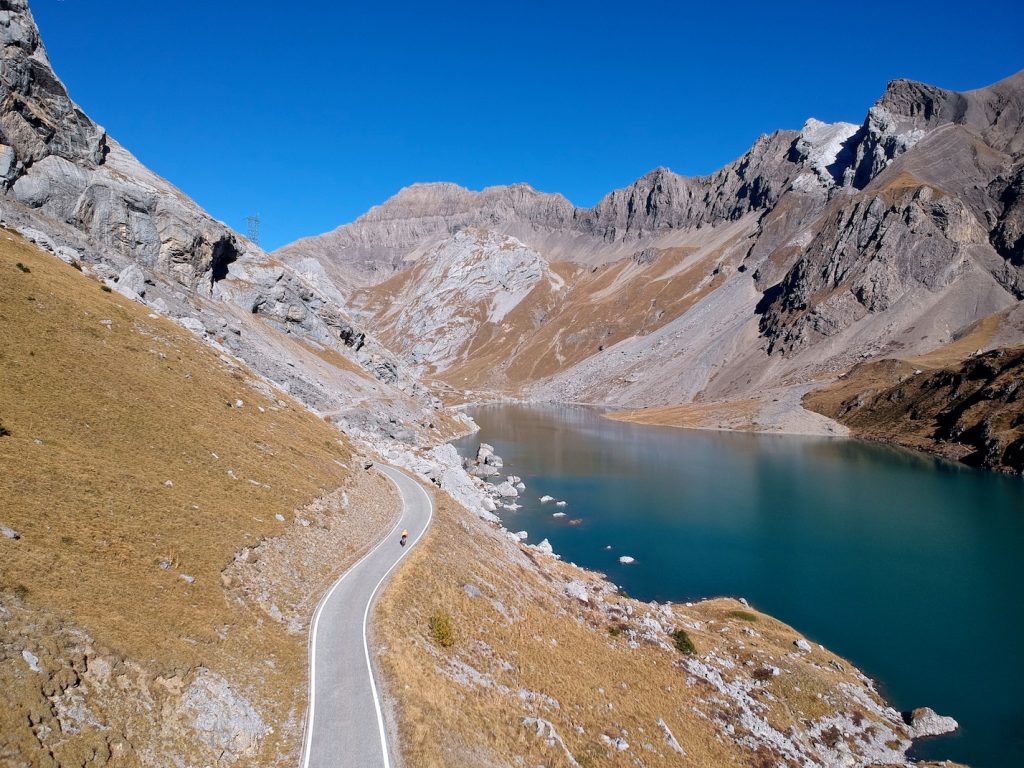 Riding across the dam: 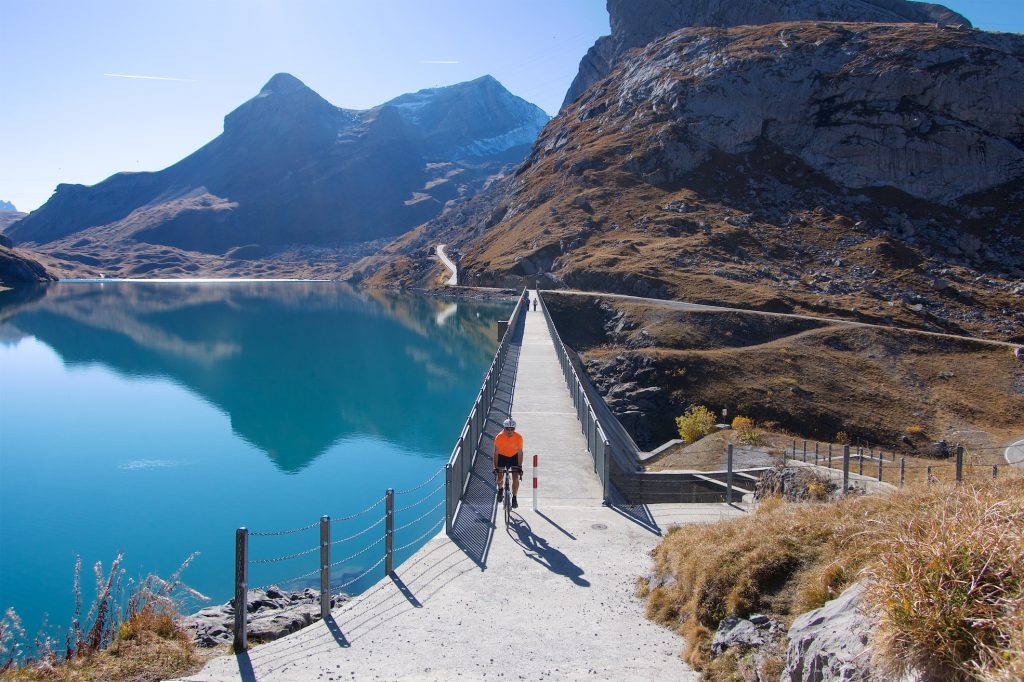 I rode Sanetsch on October 17th five years ago too. It was much colder: 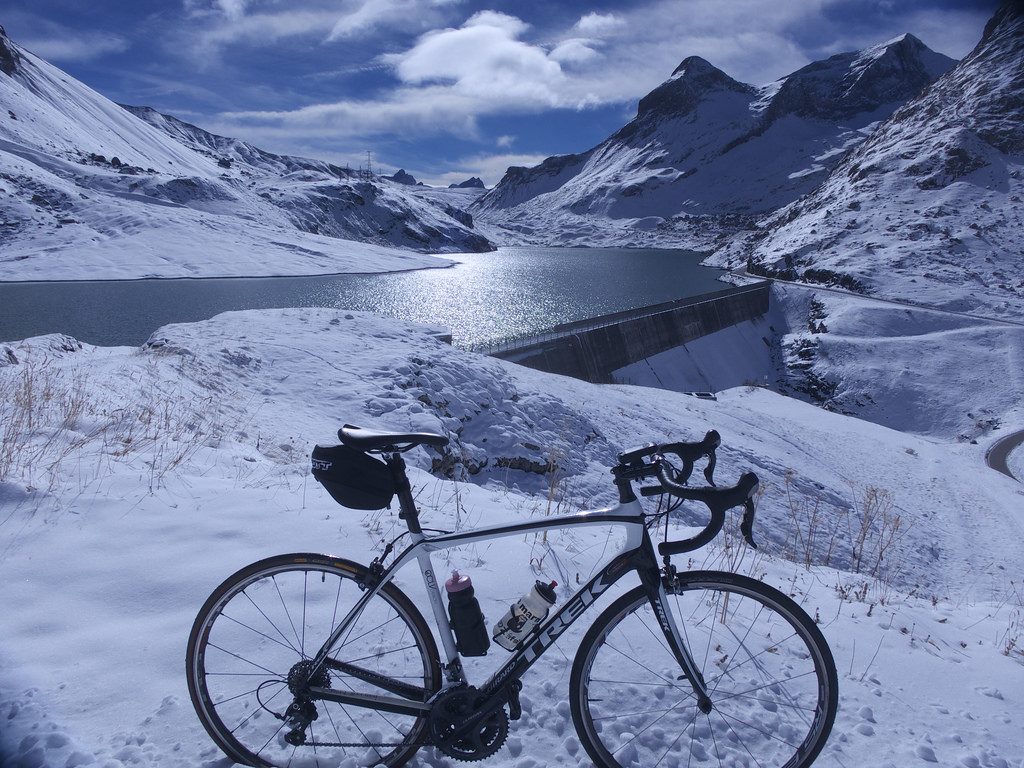 The road ends just past the dam at a restaurant. So this is a there/back climb.

BUT, in summer, at the top is a tiny cable car that descends over the top down to Gsteig. They will take your bike. From here, one can make a gigantic route by climbing the easy but lovely Col du Pillon then descending to Aigle either directly or via Col de la Croix and riding back to the base of Sanetsch (it’s a long way) in the valley floor. I know a few people that have successfully completed this great loop thanks to the cable car.

Me, I just turned around. First climbing back to Col du Sanetsch: 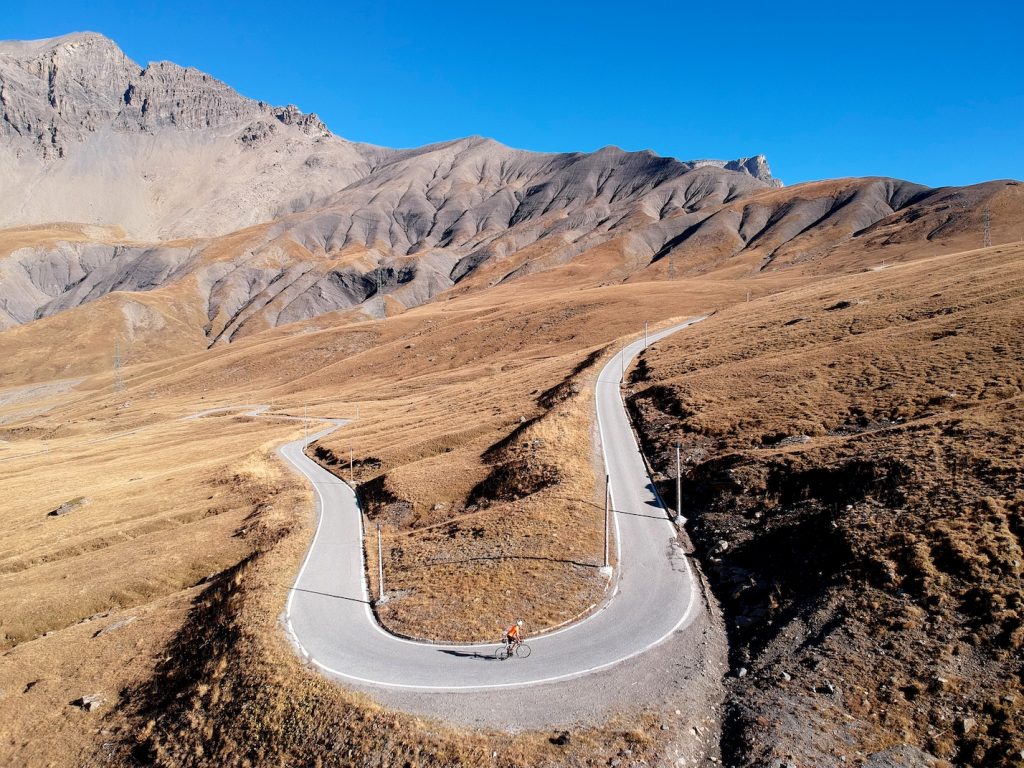 Then, just 26 kilometres down to the start far below. I was crushed this ride. One of those days without energy. But even slowly and not in great form, this is a wonderful mountain. 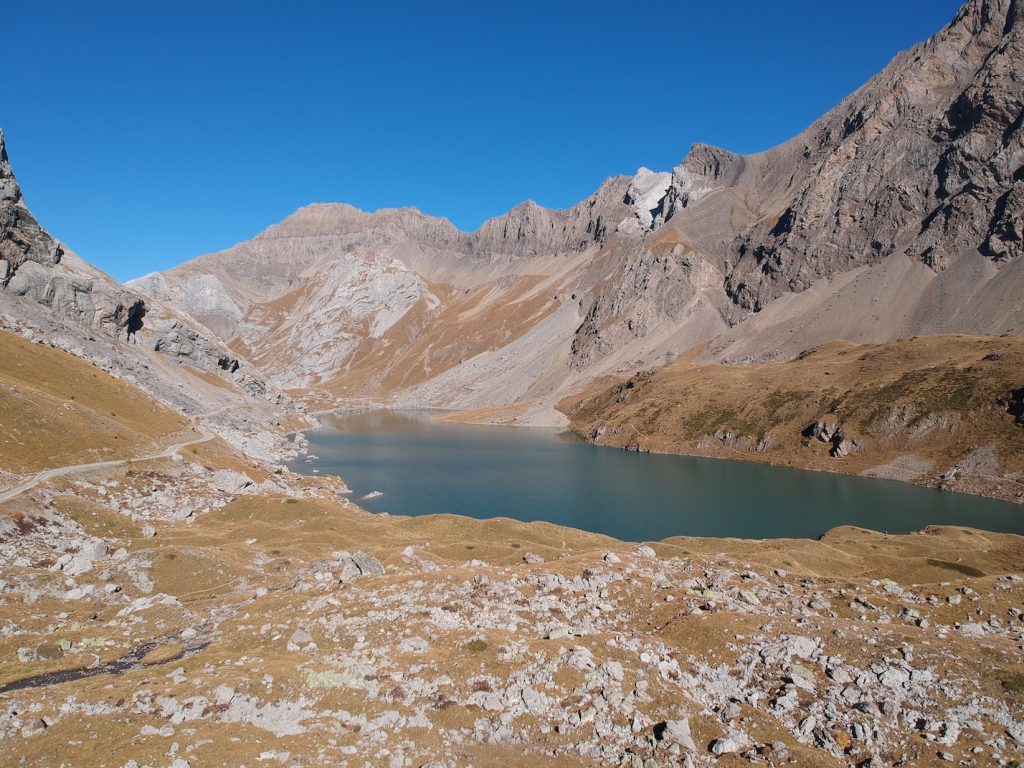 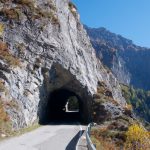 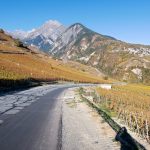 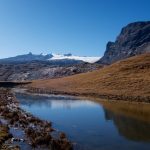 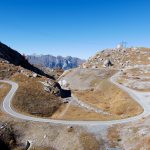