The other day I had a super fun ride in the Chartreuse Alps with a couple of Canadian friends. While pedalling I decided I’d write a quick article summarising several of the best routes in the region (feel free to suggest any other ride ideas).

The Chartreuse Alps is the big massif between Chambéry and Grenoble. It is home to the head monastery of the Carthusian order – Le Monastère de la Grande Chartreuse (built 1084) – famous for its Chartreuse liqueur. The region has plenty of great cycling most famously the main D512 road running through the middle of the massif from Chambéry over Col du Granier, Col du Cucheron, and Col de Porte, down into Grenoble.

Here’s a map of with seven rides. Click on a route below to highlight it.

The orange route on the map. 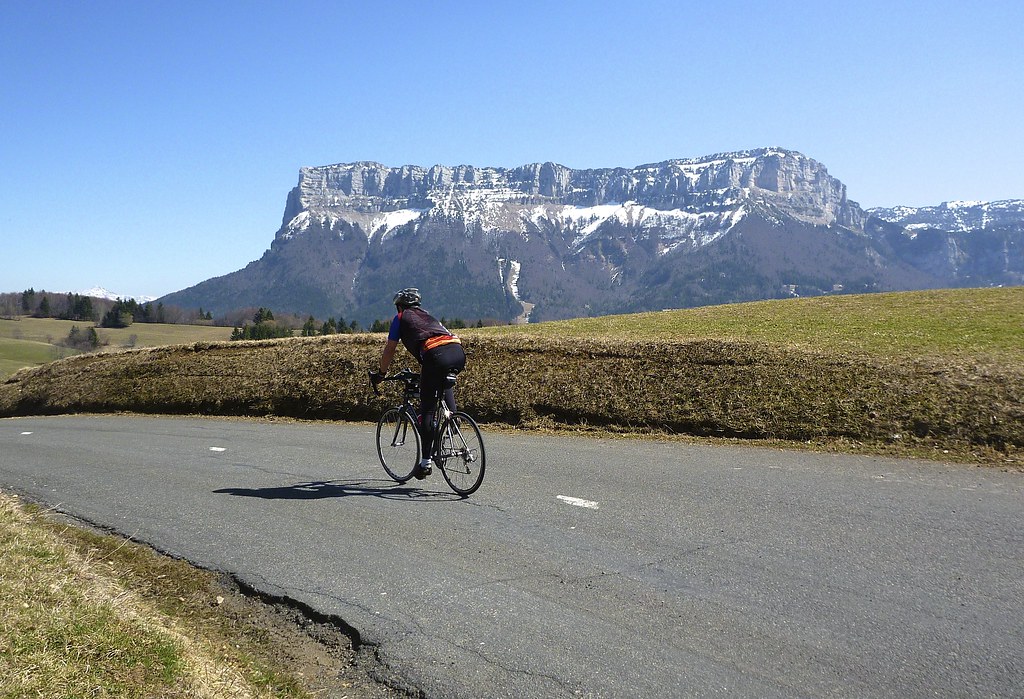 The red route on the map.
Another four Col loop (Granier, Cucheron, Coq, Marcieu) and perhaps the most challenging ride in this article. Details here.

The distinctive shape of Mont Granier (the col is in the “bite” below) comes with a sad story. In 1248, part of the mountain effectively disappeared in perhaps the largest landslide in European history. Almost 1000 people are estimated to have been killed as a village below was destroyed. May 2016, another landslide occurred (filmed here) and has closed a couple of the routes to the Col – from via Palud and Apremont (marked on map).

The purple route on the map.
This is the ride I did the other day. The St. Baldolphe route has some very steep ramps, but is the best alternative route to the two east sides marked as closed on the map.

The black route on the map.

From Grenoble, this route climbs to Charmant Som, the highest paved road in the Charteuse Massif via 4 Cols (Clemencière, Vence, Palaquit, and Porte). Details here. 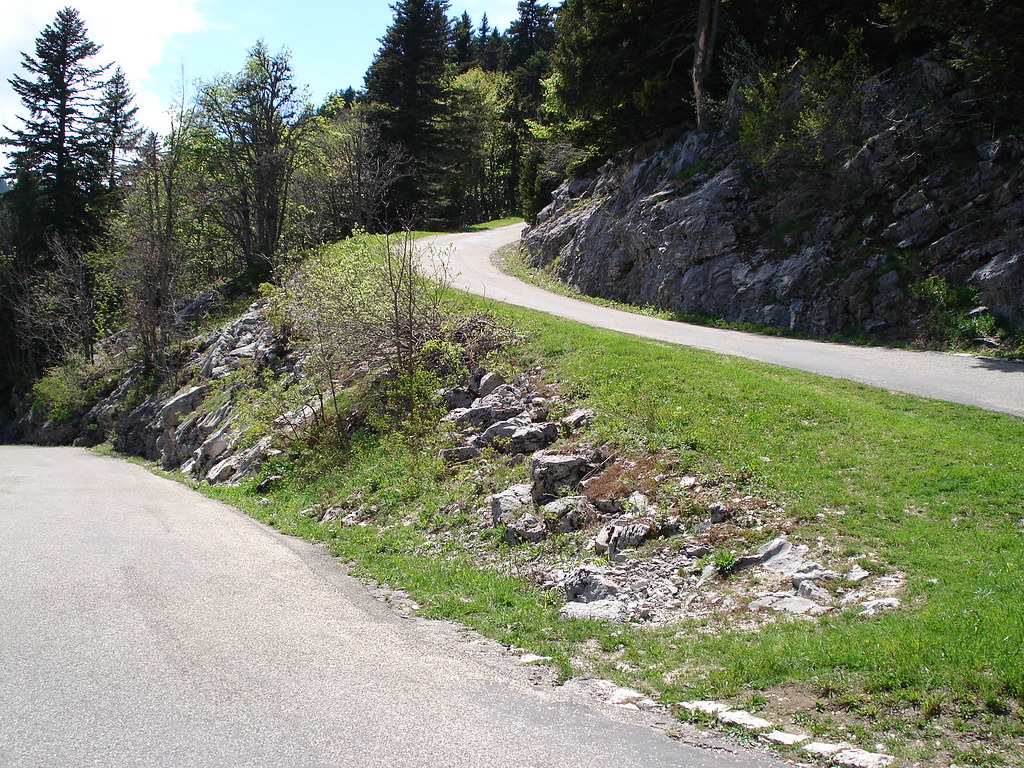 The blue route on the map.

The yellow route on the map.

This east side of Col du Coq is tough. Details of a simple up/down ride here, but you could easily combine this side of Coq by riding the Granier/Coq loop mentioned above, or some sort of loop with Col de Porte and Grenoble.

The brown route on the map.
A six col loop that climbs to Col du Mollard via a great, unpaved farm road. Details here.

There are Chartreuse Monasteries throughout the Alps. A few ride ideas:

1. Half way up the classic north side of Col de la Colombière, in Reposoir, is the Chartreuse du Reposoir monastery. Ride details here.

2. Col de Portes in the Juras has a Monastery at the summit. Ride details here.

3. Taninges, the town at the base of several climbs has a giant chair and the Chartreuse de Mélan. See here.

The Chartreuse Alps is not the highest place in the Alps by any stretch, but it’s got plenty of relaxing, scenic cycling. Again, feel free to suggest any other ride ideas. Thanks.