Every spring I plan a loop somewhere deep in the Jura mountains to visit cols that I have never cycled. It’s almost always a great ride as the region is just full of scenic, hilly roads ….. with virtually no traffic. 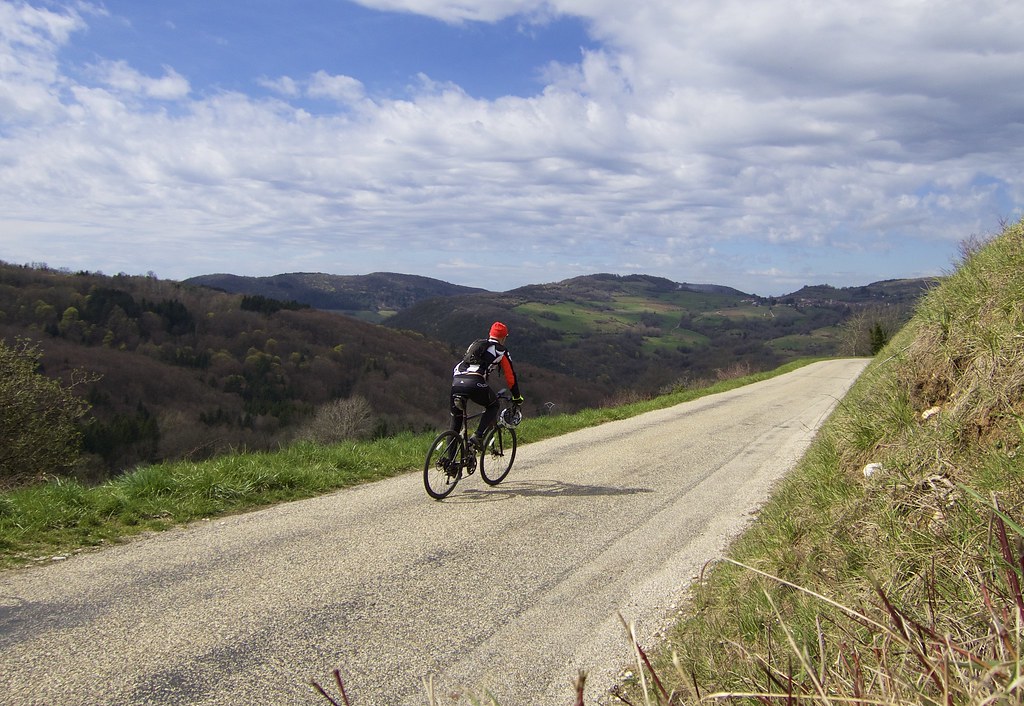 This great loop visit four cols: three new to me, and Col de Portes from a couple of new sides. This is one of those rides that I describe as having far more kilometre markers than cars. Superb cycling.

There are at least four direct way to the summit of Col des Portes (1008 metres). I had previously cycled the north-east side from Tenay along with Col de Ballon – details here. Don’t let the relatively low summit altitude fool you. Today’s climb started at 200 metres – this is a fairy big climb. And to make it harder, I added a little detour via Col de Fay (680m).

At the summit of Col de Portes (yes, this is spelled correctly) – is the Chartreuse de Portes – a 12th century Monastery. One day I’ll do a post on great cycling climbs that include a monastery along the way. 🙂

All the photos here are from this ride, except for the one below. An old favourite, these are monks from the Chartreuse de Portes that I cycled past the last time I was in this neck of the woods.

Note, on the map, as I descended from Col de Portes, I took an easy to miss turn off (I missed it at first) on a superbly deserted stretch of road to Innimond. Here I did a quick “there-back” up to Col de Petit Perthuis (1031 metres). The paved road ends at the col – but there is an orientation table and great views of the distant Alps:

Next I continued on to Col des Fosses (745m). I cheated here, virtually descending to the Col. I’ll need to come back and climb the far side, a decent 500 metres or so of ascent with a small lake part way up.

Next I started looping back on lower roads. But this was perhaps the best part. Some very fun cliff stretches, plenty of nice views, and again: no cars.

My plan was to climb the south side of Col de Portes on the way back. I joined the route 8 kilometres from the summit. It definitely seems the most scenic of the four sides. But half way the road was closed due to a land slide. Luckily, there was a little deviation road that was perfect. I climbed up to just below but beyond the Col allowing me to finally descend back to the start. 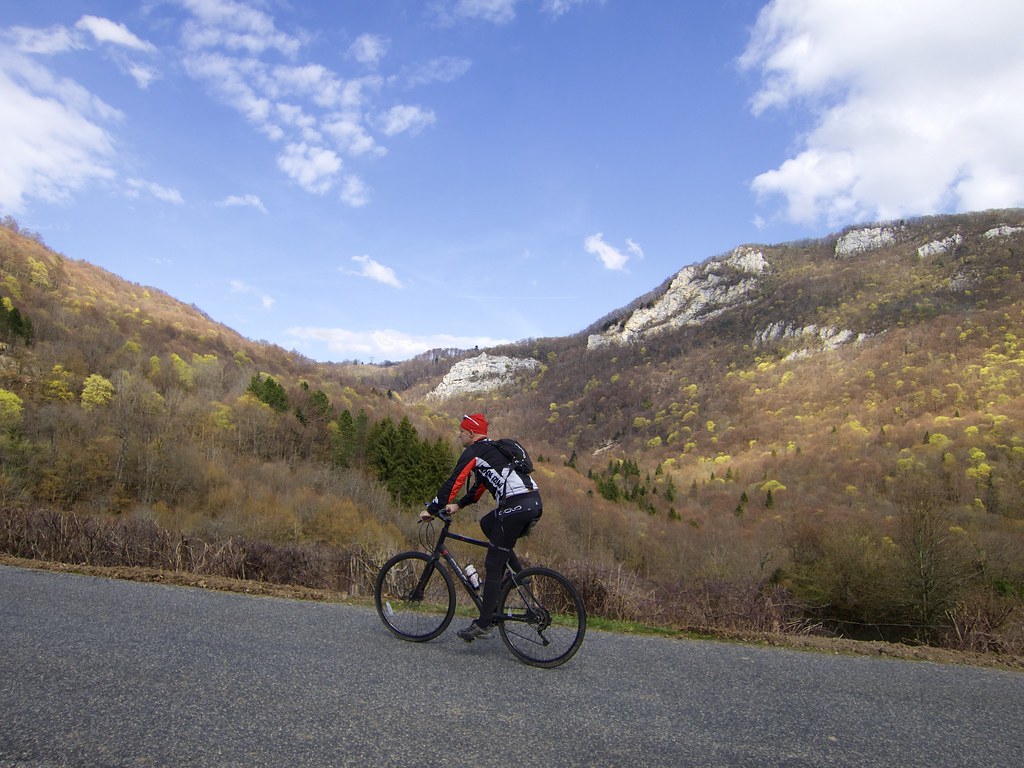 None of the above photos are Alps spectacular, but there is something supremely relaxing (yet challenging) cycling in the Jura mountains. This is yet another Jura loop that I would happily recommend.