In the French Jura mountains, Grand Colombier is one of the toughest climbs in France with four steep ways up by road bike. Details of all four here. The goal today was to find an alternate unpaved route to the summit via Col de Charbemènes.

Starting in Anglefort there is a rocky, steep farm road that just heads up and up. Even the main roads to Grand Colombier are quiet, but don’t expect to see a single living soul on this route. So quiet. Perfect. 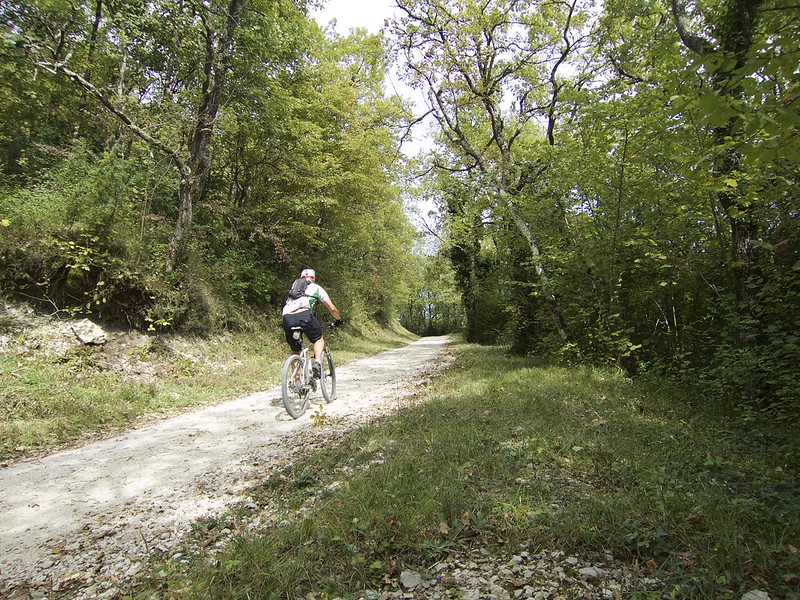 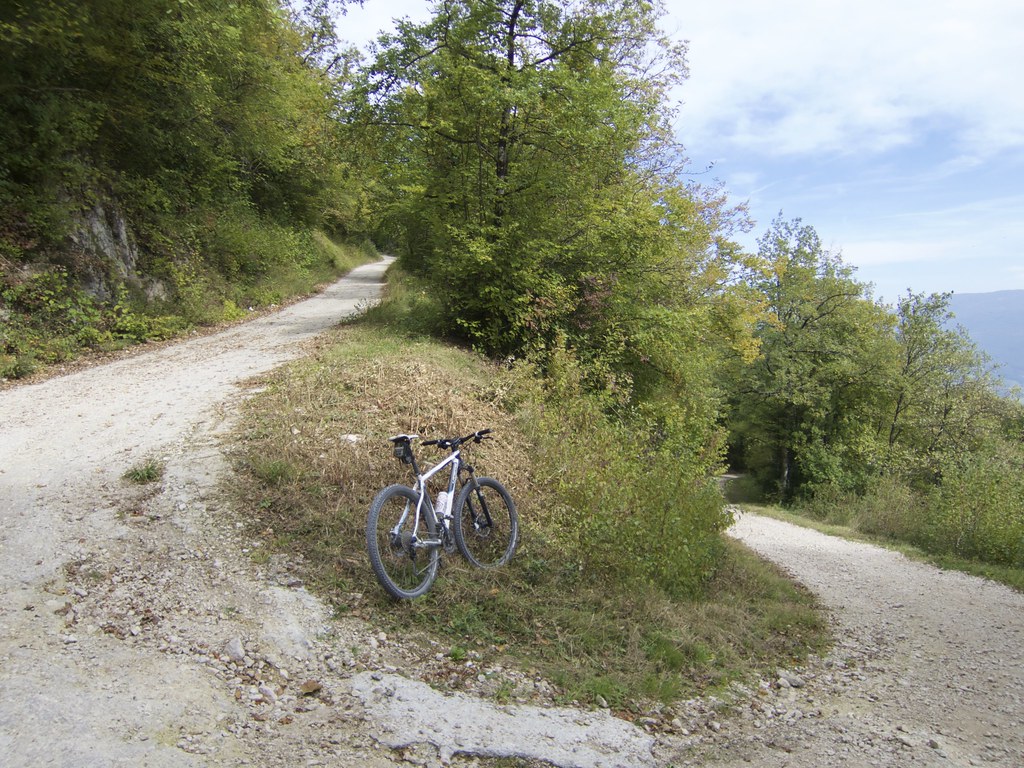 The route is generally in the woods, although a few stretches open up – see the top photo.

The route strings together a few different roads and crosses a paved route briefly twice. But again, this is a trail that avoids people. The road finally ends a few hundred metres before Col de Charbemènes (1317 metres), but I was able to cycle on a hiking path to the Col. 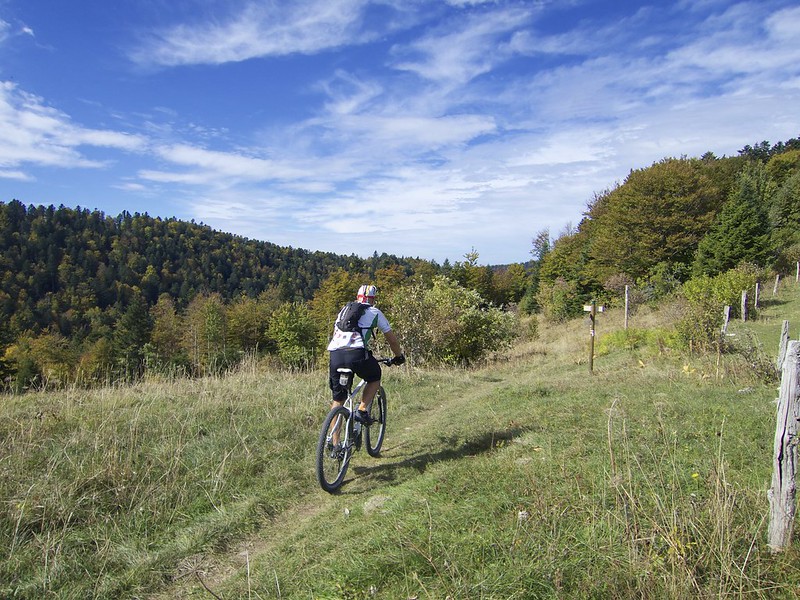 I had planned to descend down to an old monastery ruins and climb up the far side, but after the col I briefly got a little lost as a mapped trail didn’t seem to exist. But I found a trail that led to the paved back side of Col du Grand Colombier only a kilometre from the summit (1501 metres). 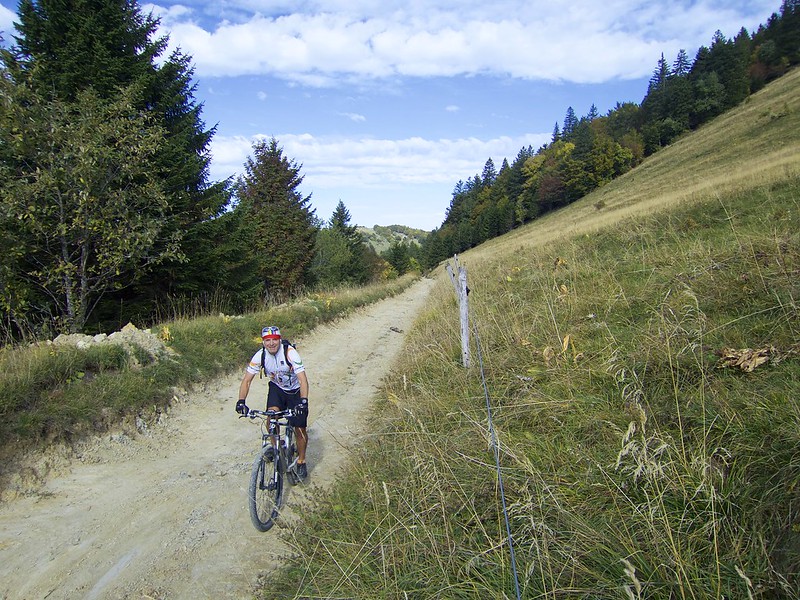 Great views of the distant Alps from the summit of Grand Colombier: 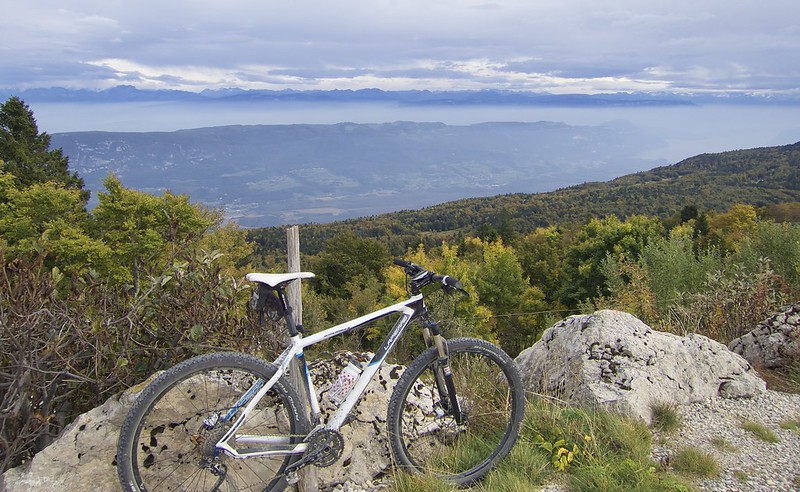 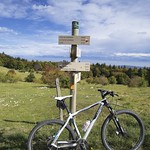 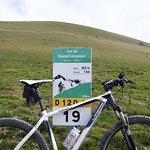 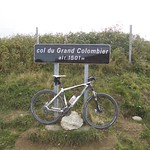 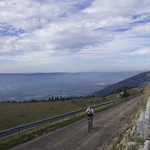 The Jura mountain are full of steep quiet roads. This 20 kilometre climb is longer and tougher than most. A pleasure.