Hyperbole Alert: This is one of the most beautiful paved roads I’ve ever cycled. I’d put it right there with my favourite Colle del Nivolet, and perhaps Passo dello Stelvio.

Sunday, I rode the Glocknerkönig. A bike-only, car-free, day up the Grossglockner-Hochalpenstrasse (High Alpine Road) below the Grossglockner mountain. At 3798 metres, it’s the highest peak in Austria. 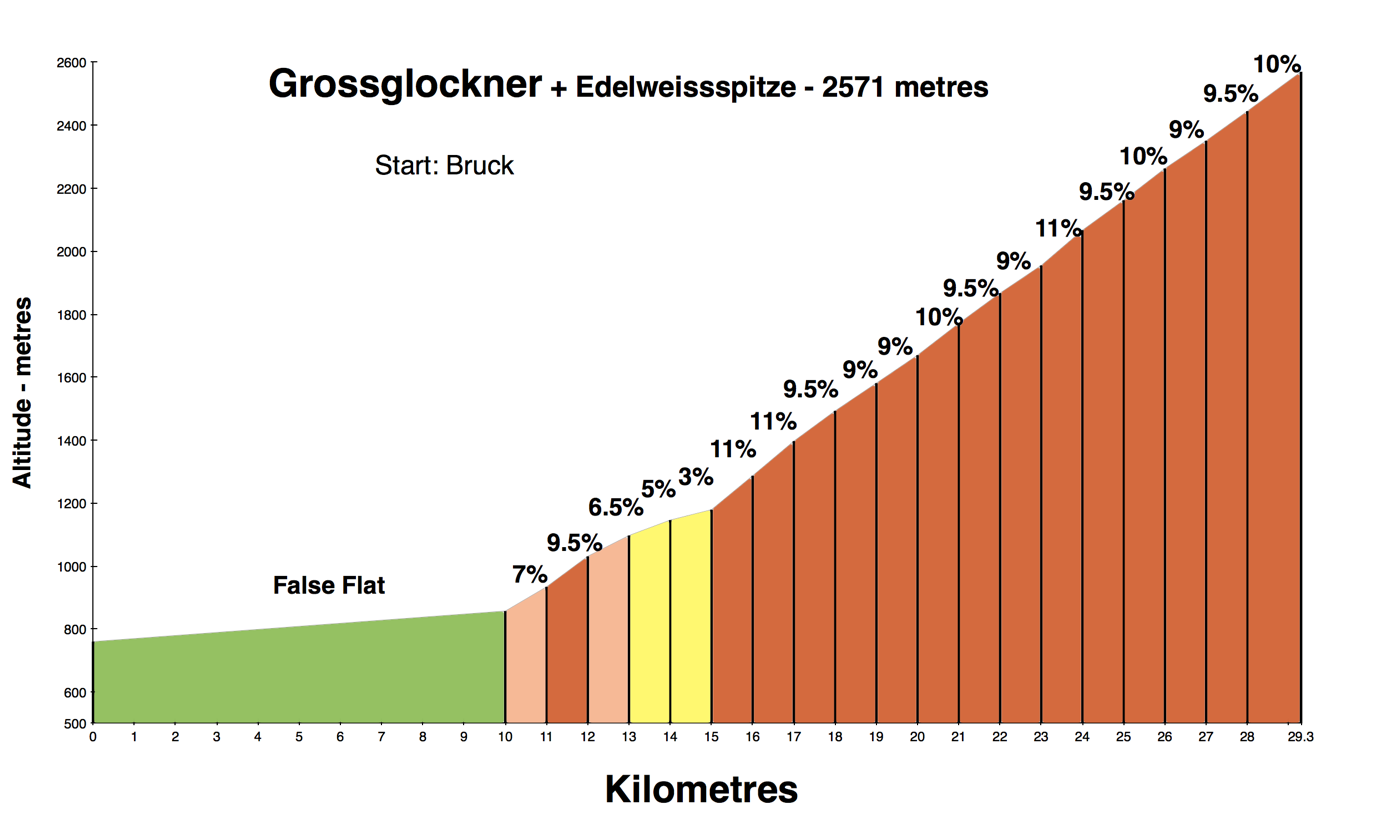 The event would climb the north side of this great road until the Fuscher Törl (2404 metres). I was enrolled in the Ultra version and would continue higher on the most amazing cobbled dead-end road, the Edelweissspitze, up to 2571 metres. Note, the high point of the main road is at a tunnel a few kms beyond the main finish at the Hochtor pass (2504 metres, marked on the map at bottom).

For more bike-only, car-free days around the Alps and Pyrenées see here.

I’ve been dreaming of cycling this road for years, but it’s far from home. A special bike day seemed the perfect way to visit. The event had 2700 entrants. It started at 7am in Bruck with the north side of the road closed until 10:30am.

The first 10 kilometres were easy, but initially, it was a zoo as I started in the middle of the pack and it took a few kilometres for everyone to find their place and form groups of similar strength riders. But it’s a wide, good quality road and once the climbing began there was plenty of room. I had super tired legs after a bunch of bigs rides on this trip and I struggled. But as the views began it was impossible not to be enthralled.

As the profile above shows, this climb is consistently very steep. Interestingly, the huge, well-engineered hairpins, were all almost flat. So I was able to shift out of my easy-gear every hairpin (excluding the cobbles up high). There is a car-toll booth early in the climbing and zero villages beyond. This is beautiful, high alpine wilderness. And today, at least, no cars or motorcycles to spoil the beauty. Some photos: 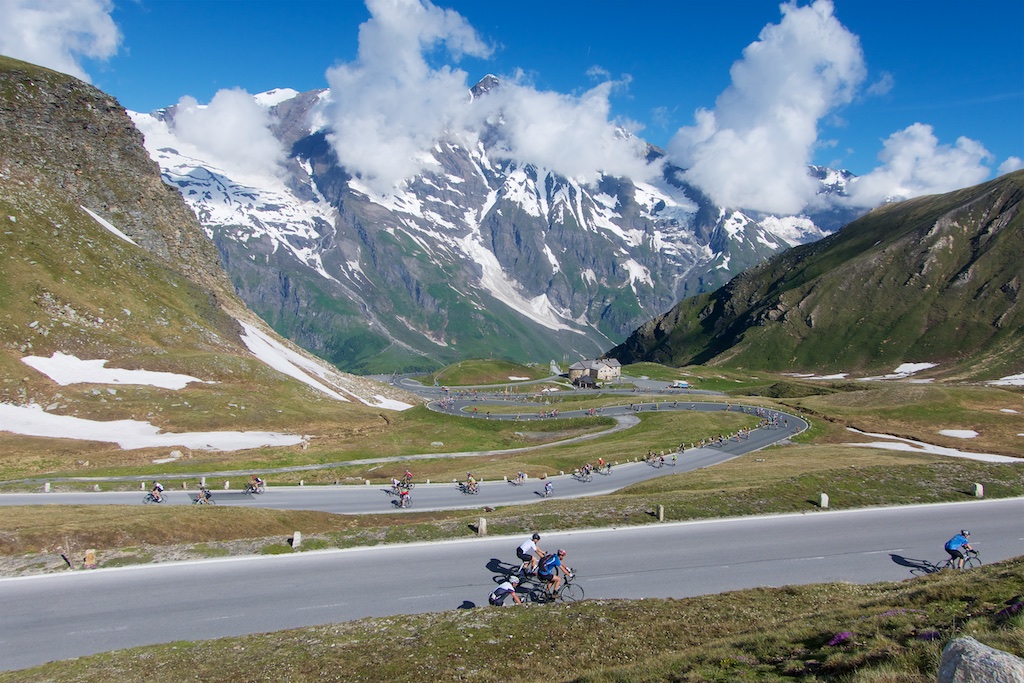 The Ultra route had a cut-off time where slower riders wouldn’t be allowed to climb the Edelweissspitze extension, and I had been paranoid that I might miss it, but I arrived with plenty of time.

The Edelweissspitze cobbles climb that mound:

Such a beautiful extension of relatively smooth cobbles: 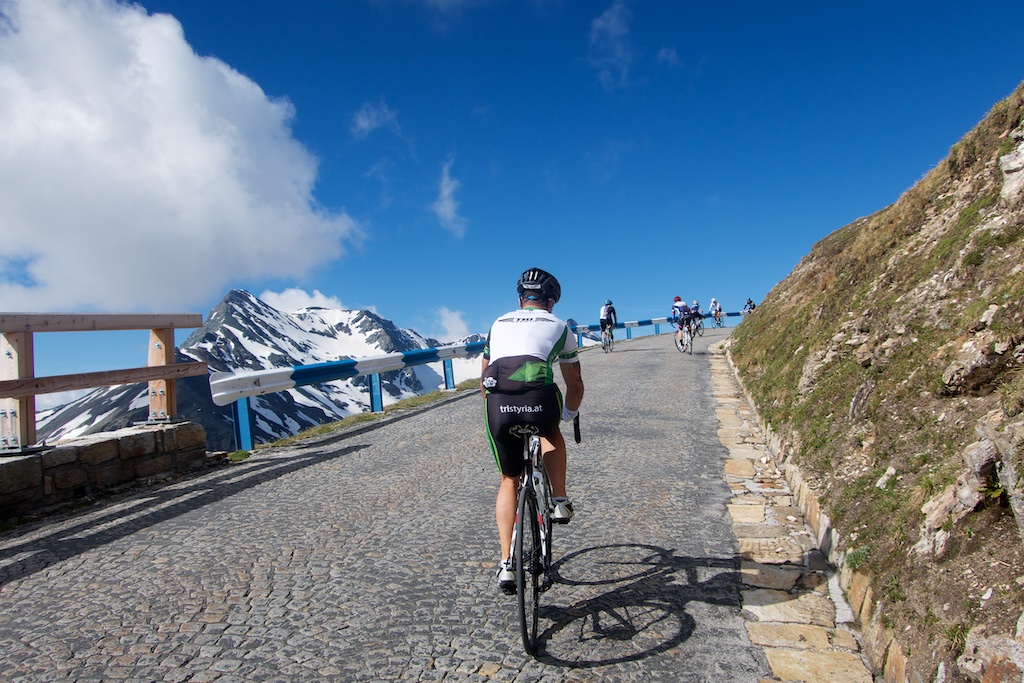 And perfect views of the main road below:

I am not certain, but I think I saw 16 signed hairpins on the main road. The Edelweissstrasse had 7 or 8 more:

I was exhausted and the cobbles were steep/tough. When I crossed the finish I was nearly in tears. It surprised me, it’s the most emotional I have ever felt at the end of an event. But I was thrilled/tired/happy/shattered. A very nice medal-giver took a photo: 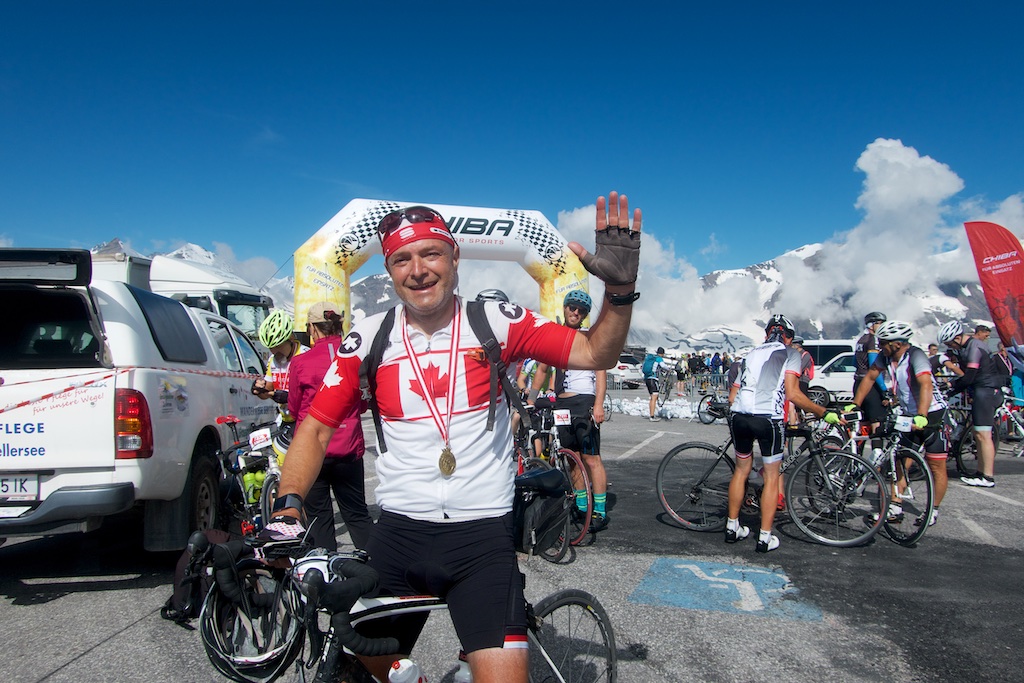 There were so many cars and motorcycles waiting for the road to re-open – and I was so tired – that descending the far side seems a poor idea. But my main thought as I descended back to the start point? “One day, I must to visit the other side of this magnificent mountain.” 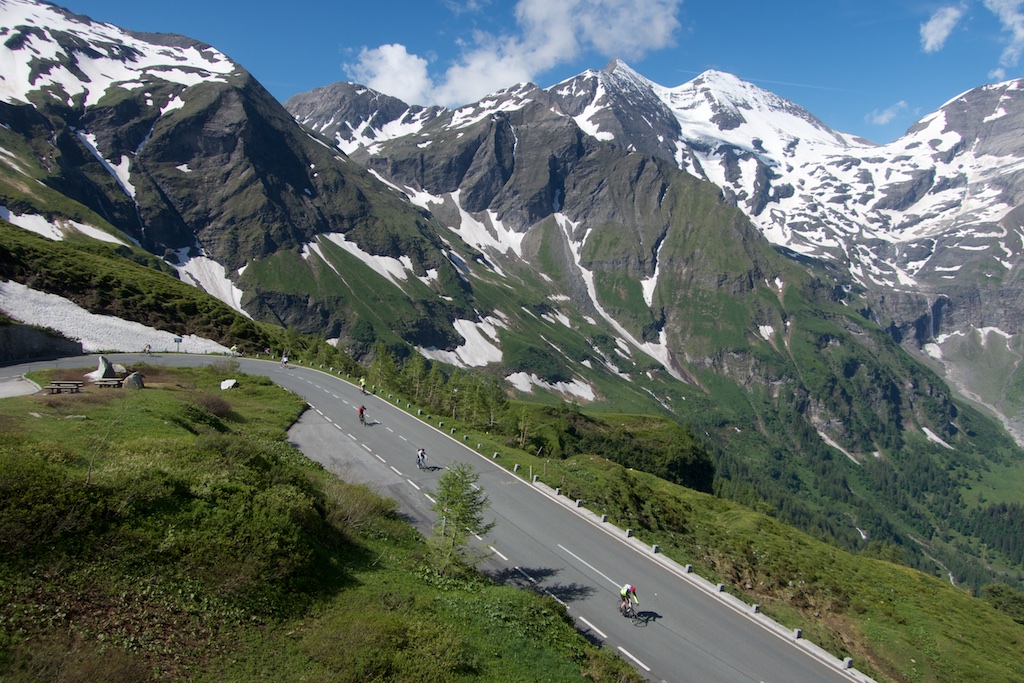 This road is truly stunning. Obviously, it can get some traffic in summer. Why not sign up for the 2019 car-free event?