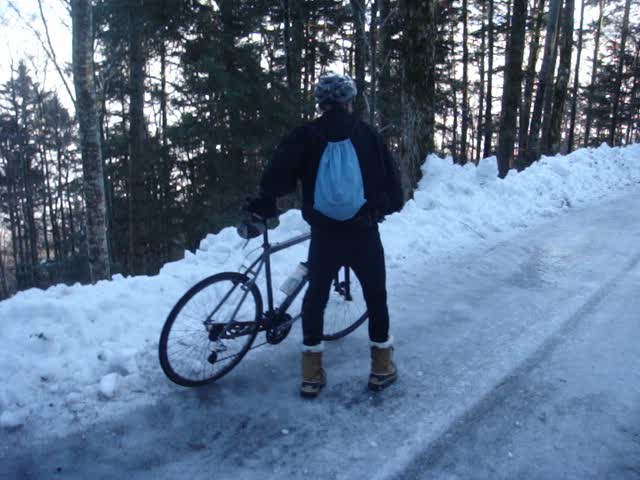 The price of this amazing Jura mountain climb above Geneva was a pretty treacherous descent.

It never occurred to me that it would be possible to ride to La Barillette in winter (or even spring) – until I saw Bastien’s incredible photos – see here. I, of course, was insanely jealous. 😉 And when I showed the photos to Eric, there was no choice but to try and climb it.

To be clear, this is not a winter climb for the faint hearted. This steep 12 km climb is icy immediately – the instant it enters the woods. Even Eric considered turning back. Frankly, only idiots would cycle here. But whenever there was a light snow covering, or by riding on the edge of the road, it was “possible” to usually ride.

It was another pea soup day in Geneva, but we soon got above the clouds. The distant Alps views were so beautiful that we forgot that the descent would be near suicidal.

Luckily about half way up, the road surface was snowier and less icy. 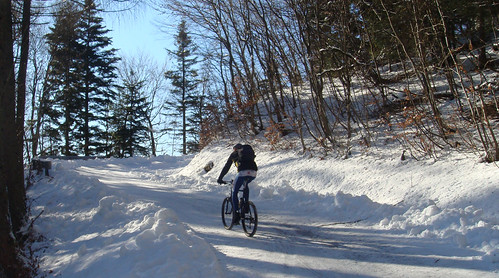 At La Barillette, we decided to hike to Col de Porte (deep snow – no bikes sadly). It was a lot further than it looked, but the views? Amazing.

I won’t say much about the descent, except to say the first half was difficult but fun, and then …… see the above video again.