Today I rode La Coppandy du Salève, a local VTT (mtb) event. There were 4 courses. Unfortunately, due to rain and a treacherous/slippery route, only 3 people did the long mountain route. But the feed station mid-route was staffed and had a fire and wine! And at the finish, very clean rested people cheered me and started buying me beers. I assume for arriving so late and muddy. 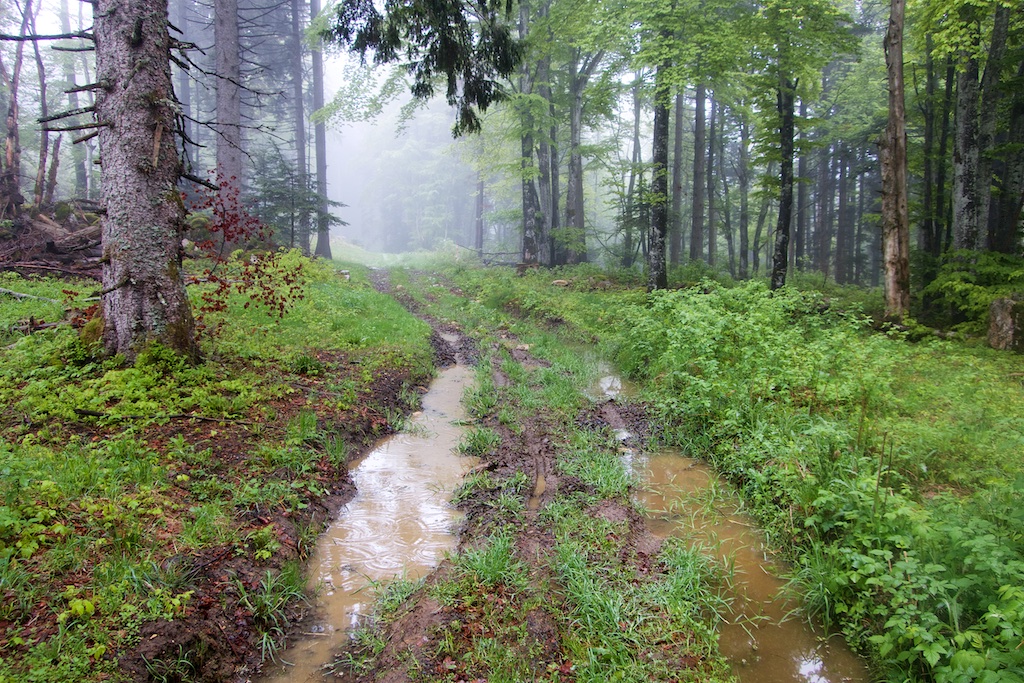 It was challenging – the route ranged from wide gravel roads to tight narrow trails. At times the route was muddy, rocky, slippery, flooded, etc. Often it was a question of balance, not strength as my back wheel slid out from under me continuously on climbs. Some descents in the deep woods higher-up required caution. The scariest part of the day was a short descent too steep and slippery for my brakes – I would fall a few times but nothing serious. Several stretches I literally ran down steep, leaf-covered trails. 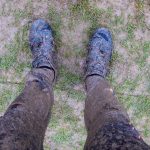 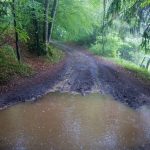 A small pond to cross 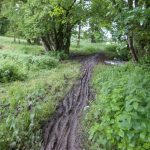 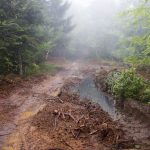 But ignore the above whining. I had a blast. The course was designed by someone that knows the region. So many beautiful trails and intelligent route choices. Fun! 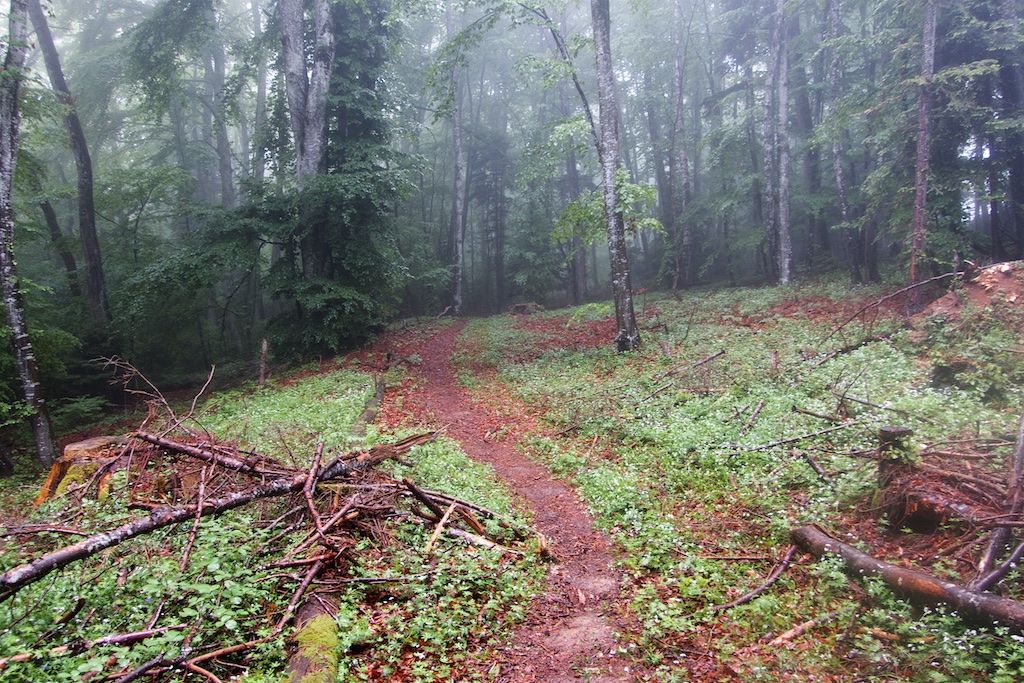 I saw absolutely no riders over the last 40 kilometres. No one passed me, I passed no-one. But plenty of cows! 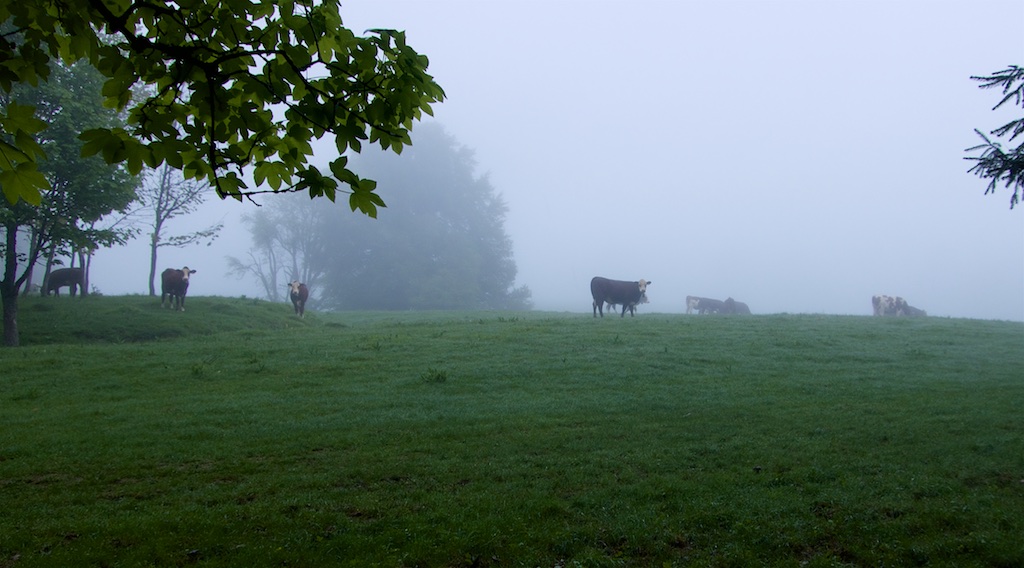 As I was surviving the slippery hairpins up a muddy old forest trail, I started heading across a little field and heard yelling. I had missed a turn and the feed station people were trying to help. Huddled around a fire, a very fun group of people fed me, gave me a small glass of red wine, and took this photo. Many thanks! 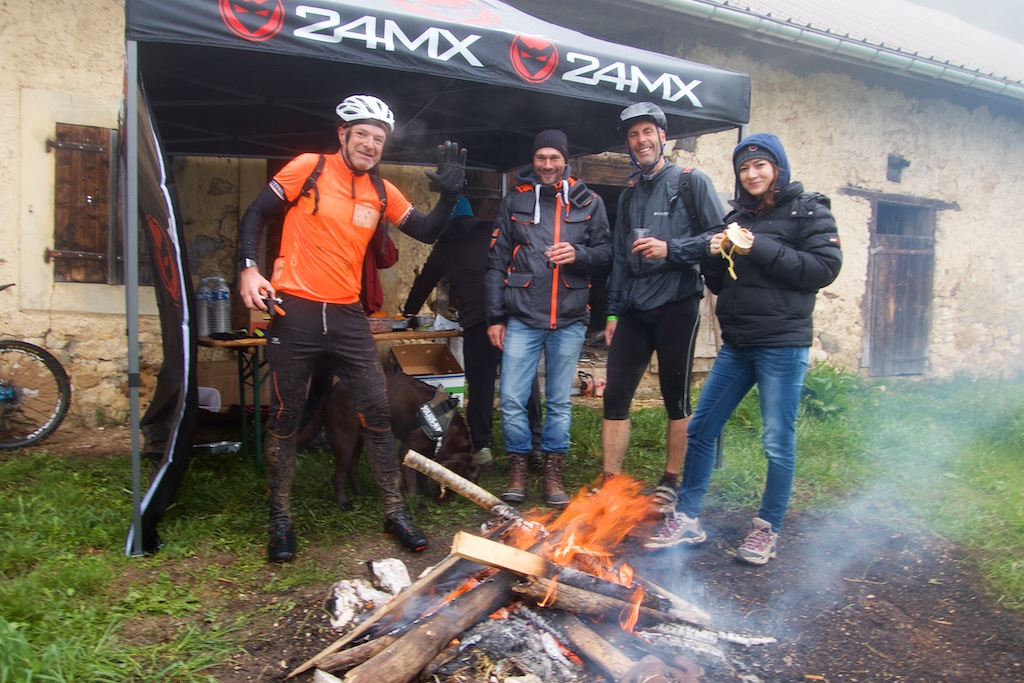 Higher up on the Salève were some of the most difficult parts of the route. Flooded forest roads, scary descents, etc. But the heavy rain had stopped and I was in a good mood. At one point descending, I found myself running down a steep, too slippery, leaf covered trail and laughing. I was making (slow) progress. 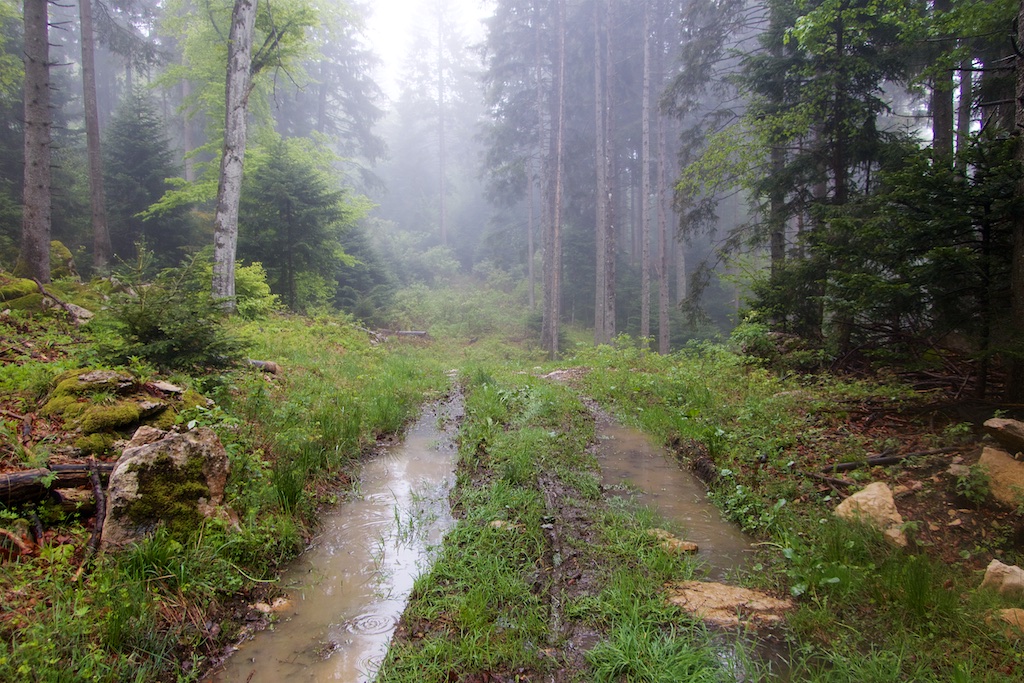 not going fast here either

Lower down, I joined some familiar local trails. Chartreuse de Pomier, Mont Sion, etc. I was as close to home as I was to the start. At this point though, I had forgotten any abandon strategies and knew I’d soon be finished. 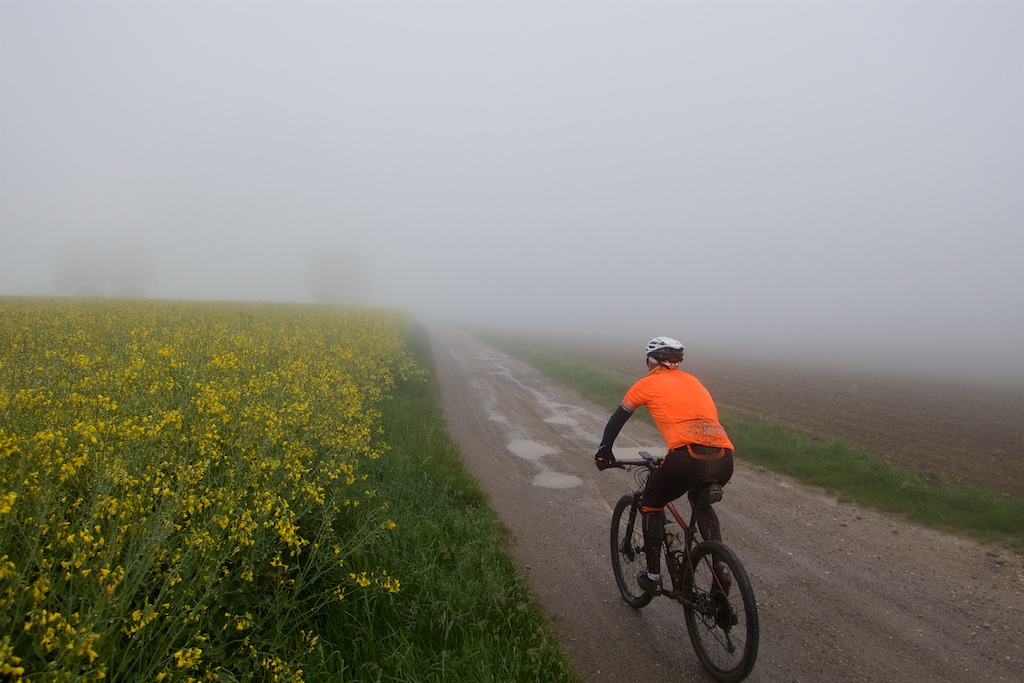 In addition to three other shorter bike routes (10 kms, 20 kms, 30 kms), the event included some family hiking/walking routes. So when I finally arrived at the finish there were a couple of hundred non-muddy people eating, drinking, and being merry. As I rode in, they looked at me. I wasn’t certain what to do. Suddenly, a few guys started waving at me to come over. As I walked over people cheered (and laughed) and the guys handed me a beer. People were very friendly and curious how the higher route was (“any snow?” … “no thankfully”). I stayed for a 2nd free beer, chatted a little and started to really shiver. I was soaked and cold and needed to move. So I said my goodbyes and turned the car heat on extra high and headed home. 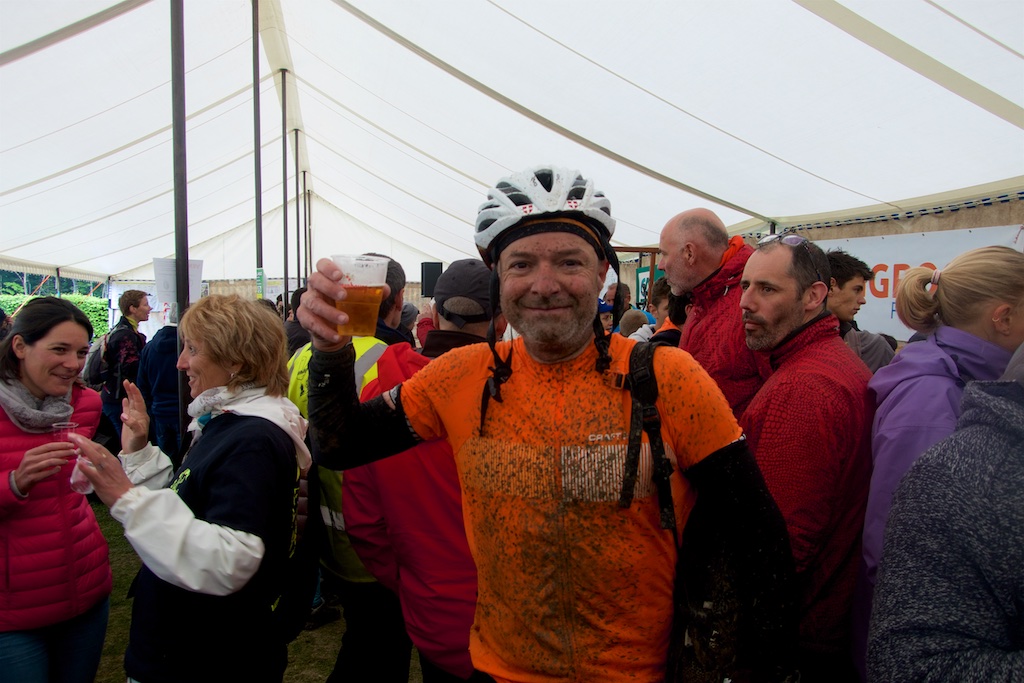 If you live in the area, this is a fantastic route. But save it until after a few dry days. Many thanks to the organisers of this very fun event. People were so friendly and helpful. I can’t imagine the work involved in signing/marking the 30 kms of the black route extension that apparently only 3 people rode. Hopefully better weather next year.

Here’s an old post discussing the best mountain bike routes up Mont Salève … it includes parts of this event (which only visited the south part of the mountain) and several more.