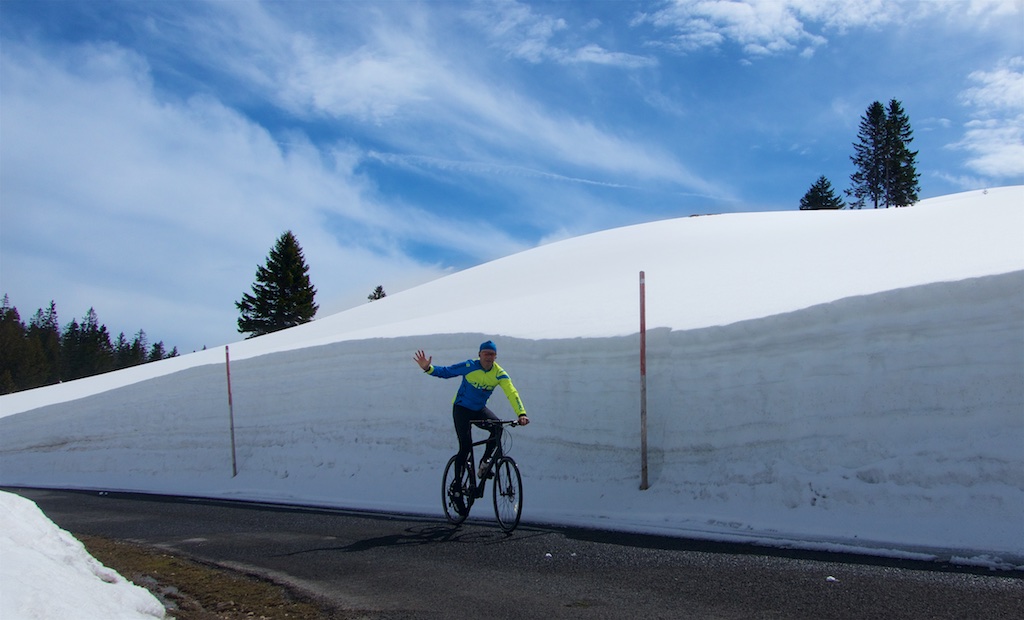 I am not the most social person on Strava.com – I use it mainly as a log book. But over the last couple of years, I have tried to curate who I follow to mainly include friends or adventurous people that live relatively near me that can provide ride ideas/inspiration.

So I was excited to see someone on Strava had cycled to La Dôle even though it was officially still closed for winter. I love this route. Usually deserted, I find it far more interesting than the nearby, better known, but lower and (much) busier Col de la Faucille. I think the road gets an early snow clearing to provide access to an air radar tower (at La Dôle), and a giant telecommunication tower at the end of the paved road (La Barillette).

See here for the ten highest paved climbs in the Jura mountains.

I didn’t take many photos but while the first half of the climb was completely snow-free, the last few kilometres while dry/clear had plenty of snow. 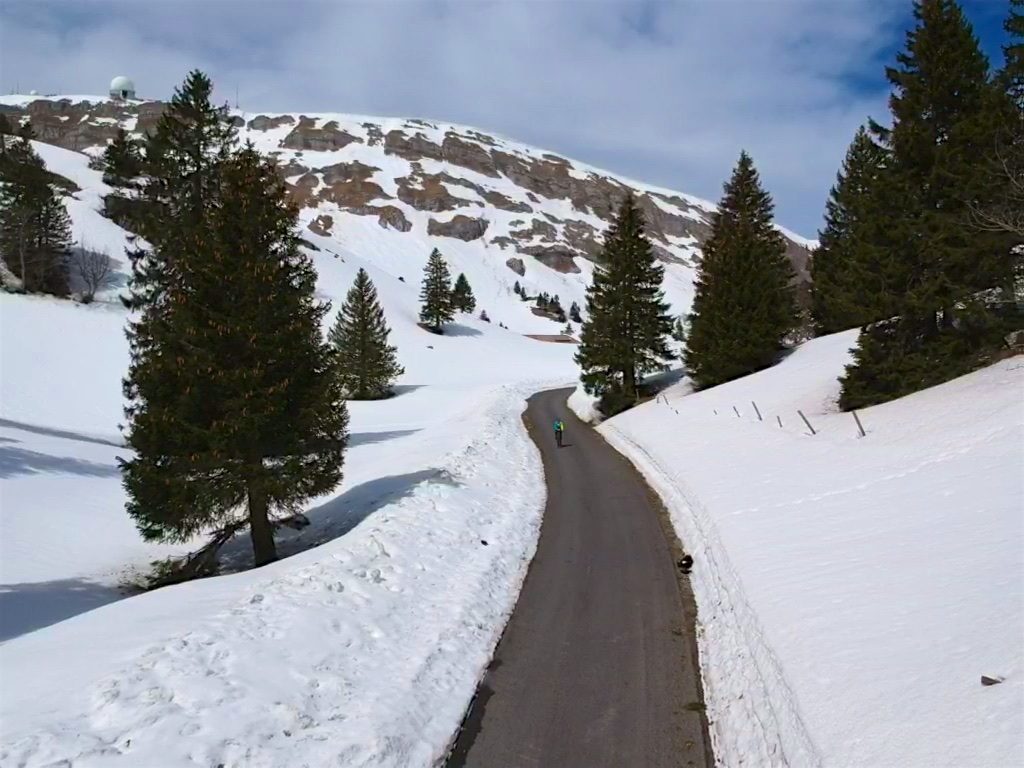 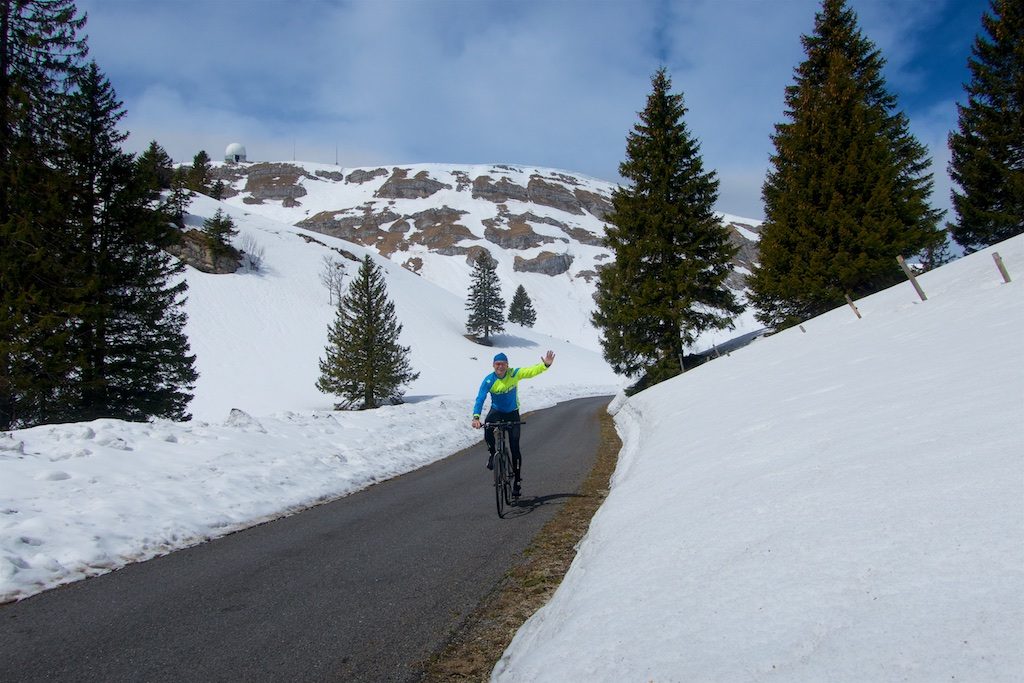 At La Barillette are terrific views of Lac Léman (Lake Geneva) and the distant Alps. It’s possible to continue on mountain bike here in summer, but for me, it was time to turn around and head down. (I saw a huge wild boar crossing the road while climbing and was even more cautious than usual on the descent).

It’s lots of fun when favourite climbs start re-opening after a long winter.