The Plateau des Bornes is the hilly region between Mont Salève and the north edge of the French Alps (massif des Bornes). It’s sparsely populated with lots of scenic, quiet roads.

The first easy 15 kilometres of my route mapped below is the least interesting as I snuck into Switzerland briefly and rounded Mont Salève. But after Etrembières it gets quieter and more enjoyable. I designed the route to hit four cols, all labelled on the map below: Col d’Evires (810m), Le Pas de Cheval (923m), Col Le Parc (915m), and finally leaving the plateau I crossed Mont Salève via Col de la Croisette (1176m).

There are five road bike routes up Mont Salève (my home mountain), I’ve detailed all five here. Four of these routes have signed start/finishes and kilometre markers for cyclists. This La Muraz side is the easiest of the routes. 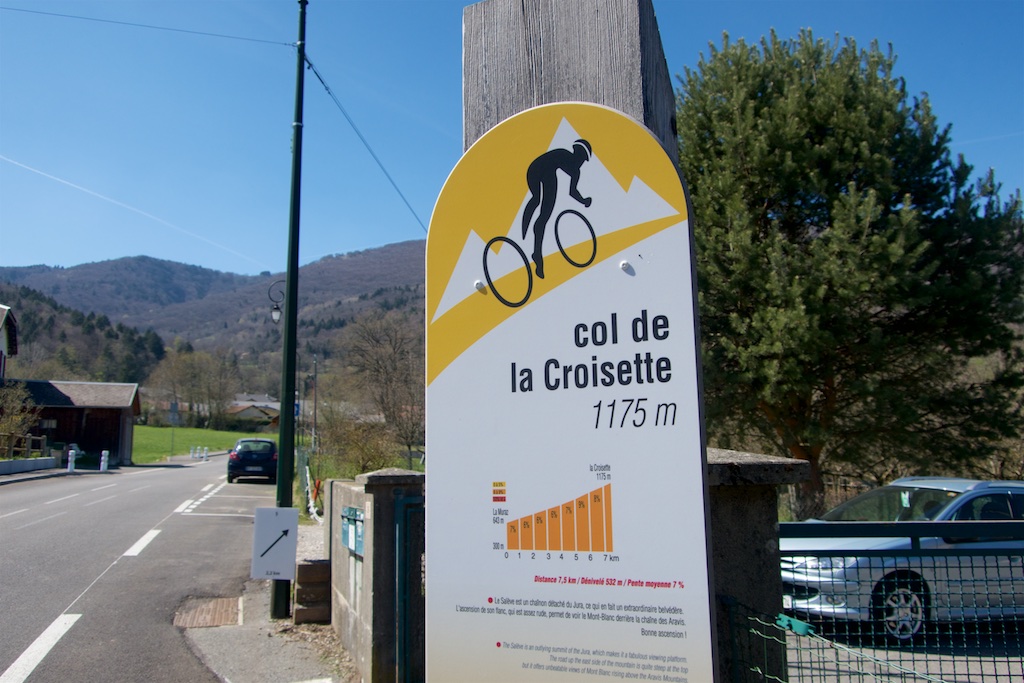 Throughout the route are nice views of the nearby Alps: 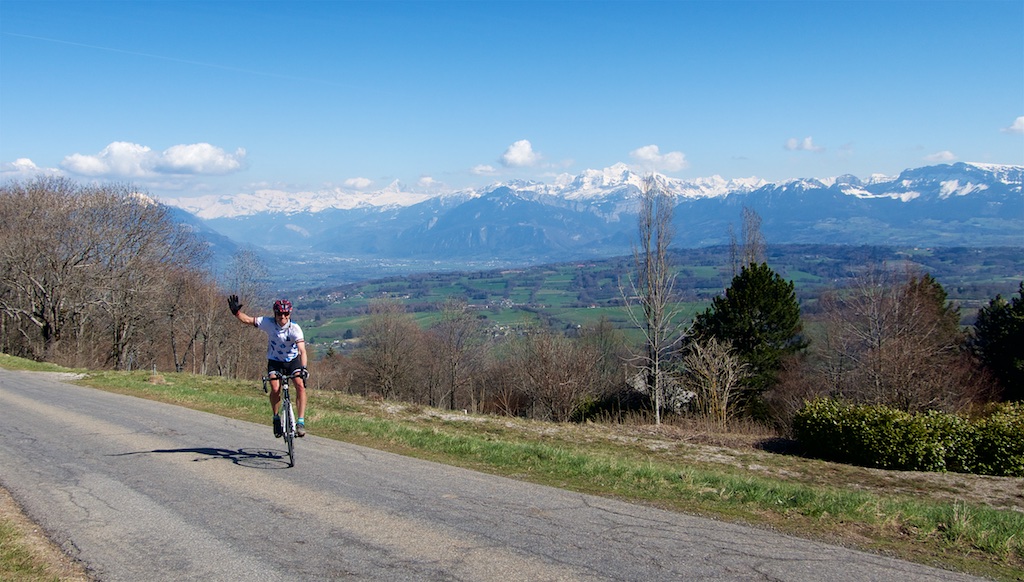 All in all an enjoyable loop that allows “Col Hunters” to pad their collection. 🙂