An early easter ride with Eric and the wives.

My three faithful companions wanted to help me with my 100 Col challenge – and today’s route included five (see map)! But I think only the Col des Pitons will count towards the challenge as the direction of today’s route passed three and actually descended to one.

This is my favorite way up Le Salève, entirely on quiet, scenic roads. We started by riding to Col de la Croix Biche, then Col du Mont Sion, before beginning a great steep stretch on both sides of St Blaise.

The plan was just to cycle up through the woods for 7 more kms to the Alps lookout and turn around – as the road across the top was still closed. But as we arrived, we saw that despite a barrier for cars, the route was perfectly clear.

This was a very nice surprise, as it allowed us to ride along the top of the mountain for several kilometres with (hazy) Alps views to the south and Geneva to the north. 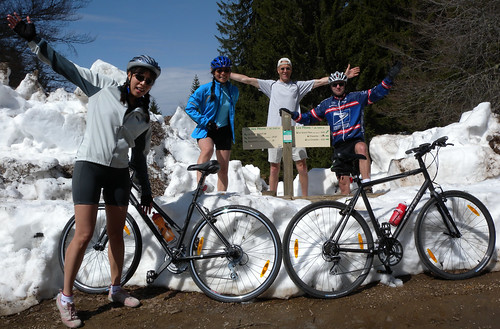 Still Plenty of snow up high: 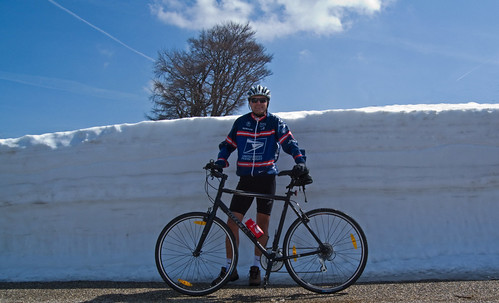 After riding along the top of the Saleve for a few kilometres we descended to Col de la Croisette – an awesome climb from three other directions. Including the north side that we then carefully descended – 4 middle kms averaging +12% – steep. 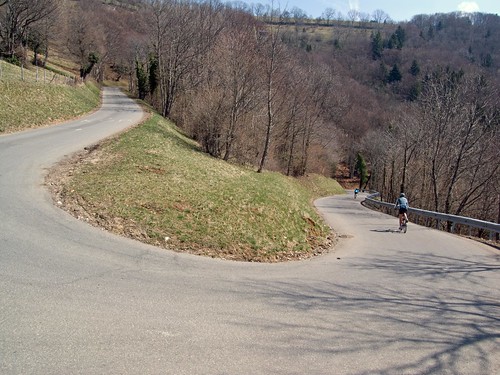 A great loop, I like living at the foot of a mountain.