Another of my favourite early season climbs.

Le Semnoz is the huge massif to the west of Lake Annecy – the summit is called Crêt de Châtillon and is home to a little ski station with both downhill and XC skiing. It is the biggest/highest climb in the region. The difficult 18 kilometre north side featured in the 2013 Tour de France. But I prefer the more scenic, quieter, and longer (thus less steep) south side via and St. Eustache and Col de Leschaux. It’s a big climb: 26 kilometres, +1300 metres ascent. Detailed map at very bottom of post.

First a 3D video of ride:

I began from the north shore of beautiful Lake Annecy following the Annecy bike path along the west side of the lake for approximately 10 kilometres. I turned off the bike path at the Route #8 bike route sign joining a small road that hairpins up to St. Eustache and eventually Col de Leschaux (897 metres).

This is quieter than the direct way to Leschaux, with plenty of views including the Lake behind.

Just before Col de Leschaux one can easily see the hairpins in the distance continuing higher. 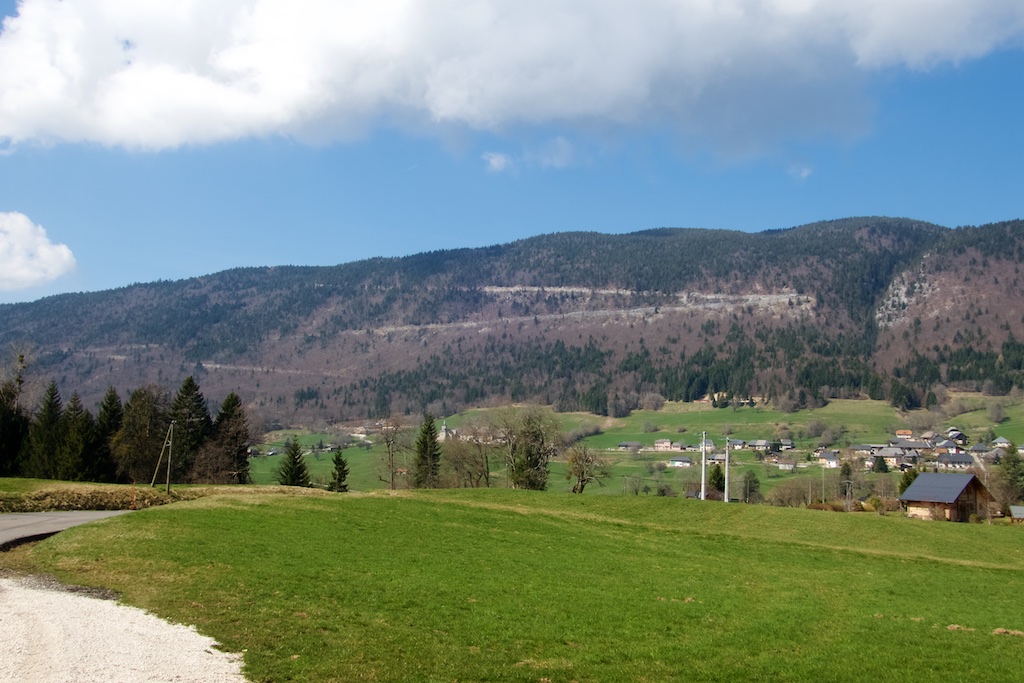 It’s wide enough road but always very quiet, much quieter than the not-that-busy north side. The first five or so hairpins have plenty of views. 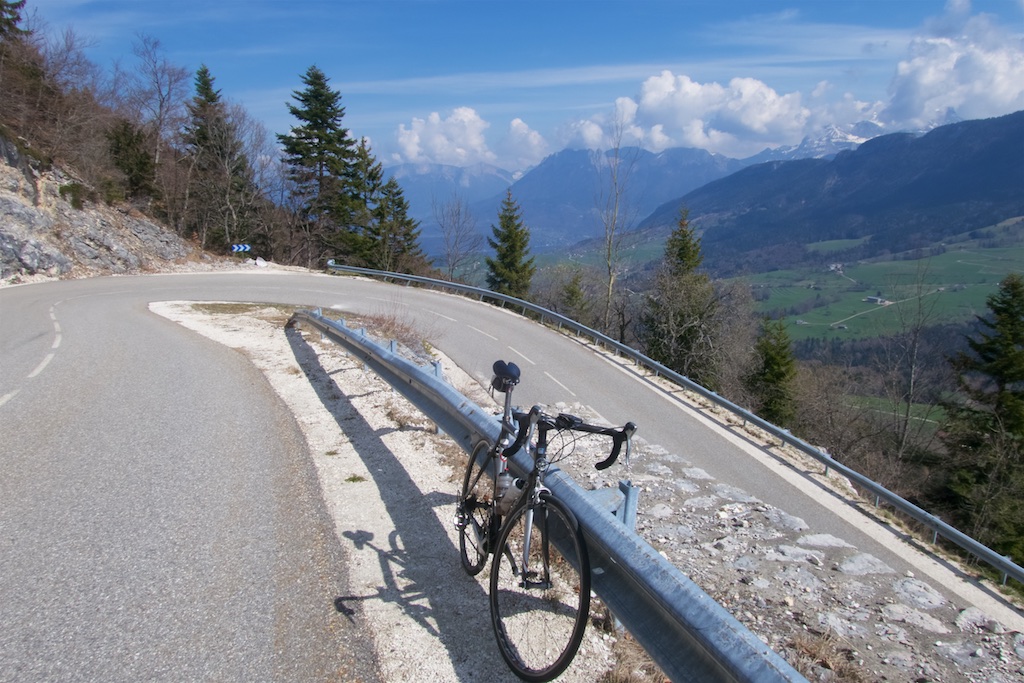 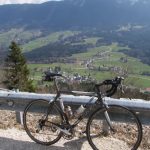 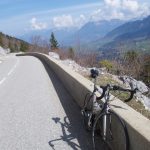 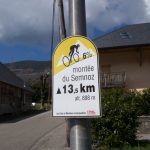 13.5 kms from Leschaux to summit 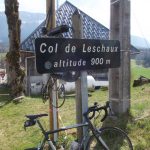 The last few kilometres weave through a forest before reaching the treeless summit/ski station. Not surprisingly given the recent heat wave, there was very little snow. But I found some: 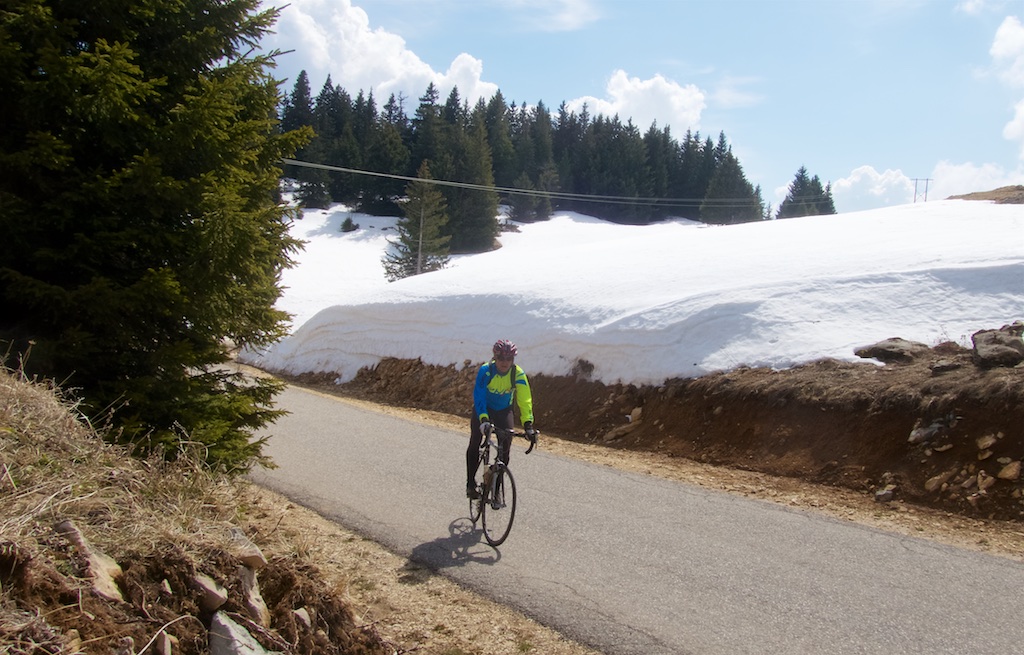 I always enjoy the very last ramp to to the high point of the road. Beautiful.

It’s just about possible to see the distant lake from the summit: 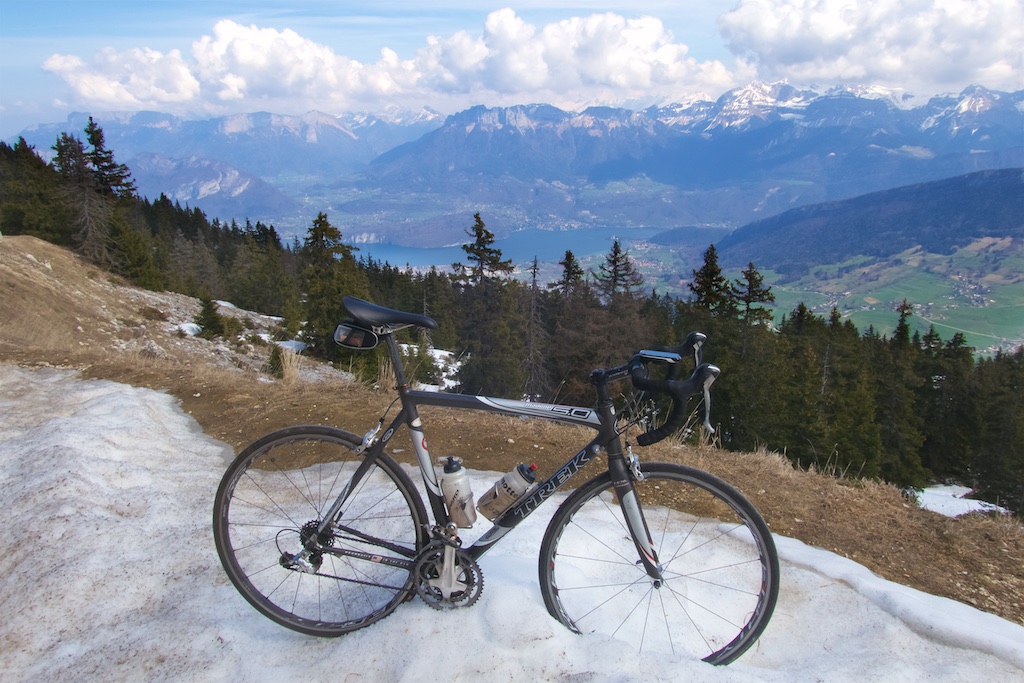 I descended the steep north side. It’s almost entirely in the woods. No views, but a good surface. Here is an old 20 second video of the descent:

The descent conveniently ends very close to Annecy and my start point. 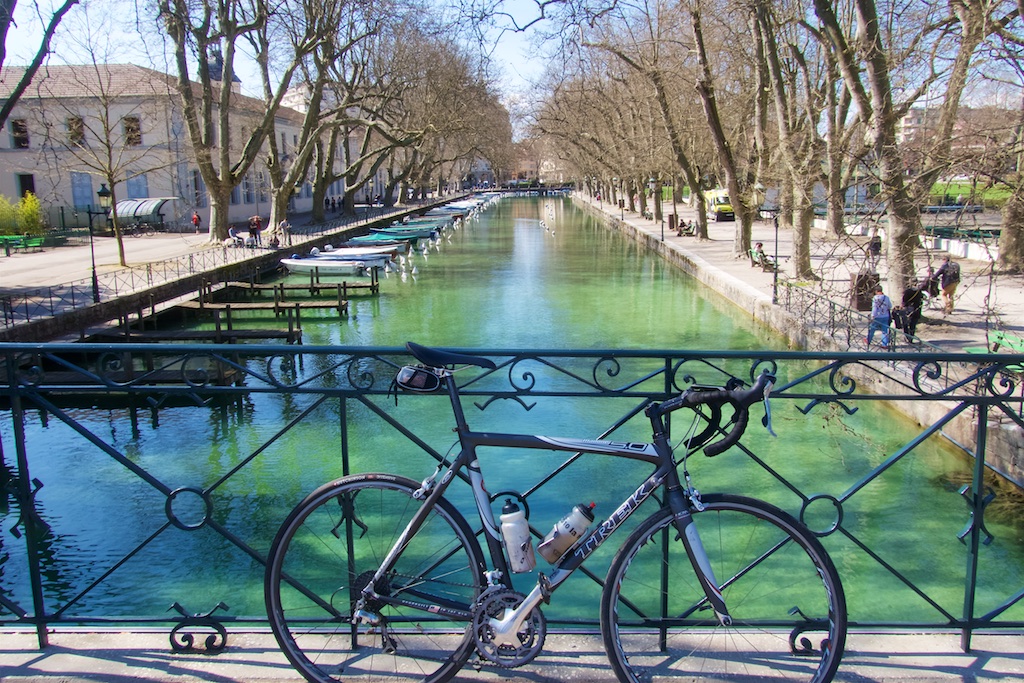 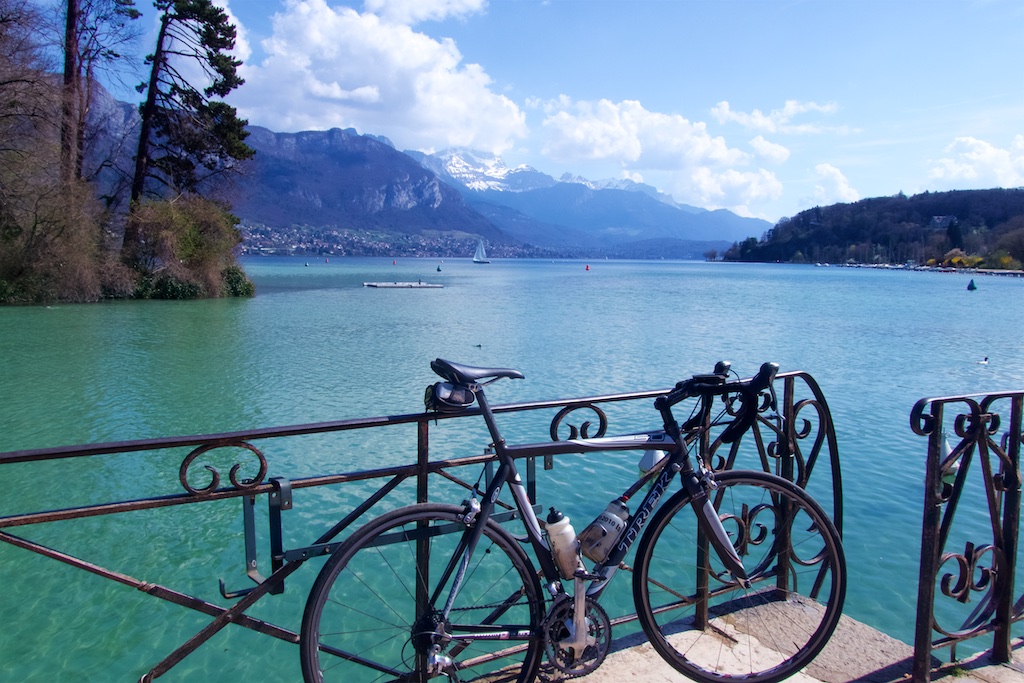