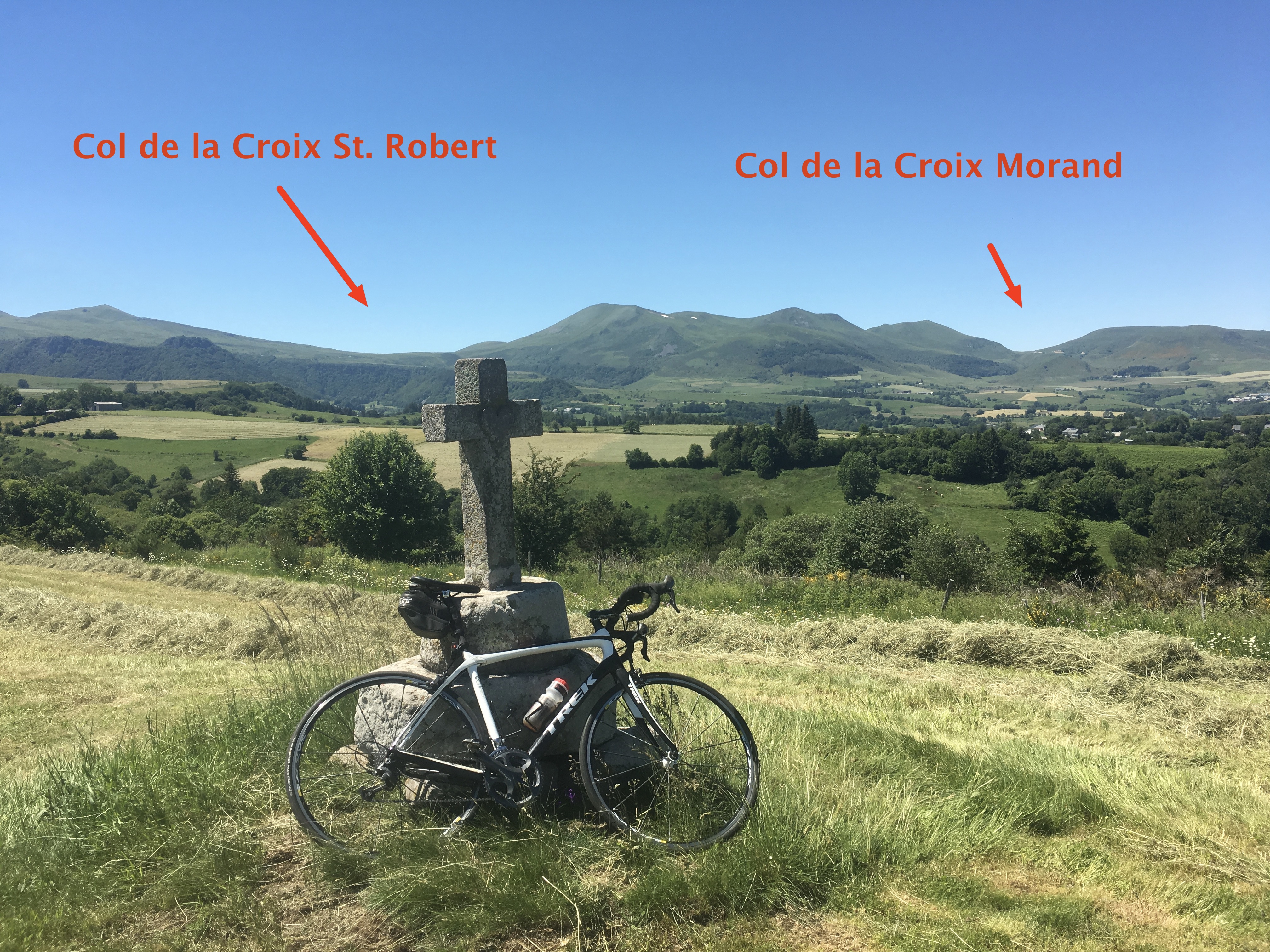 The Massif Central is the mountain range in the middle of southern France. It covers roughly 15% of the country. It’s separated from the Alps by the Rhône river. I’ve cycled a few parts of it close to the Rhône but this is my first visit to the Puy-de-Dôme department (province).

The Puy-de-Dôme department has an excellent network of signed road bike routes.
Tourist offices will give you a map. All the signed routes are all also listed online with gpx files available.

This ride crosses 4 cols and passes in sight of the highest peak in the Massif Central: Puy de Sancy (1886 metres).

I started from the old spa/ski/tourist town of La Bourboule. Turning up immediately on a quiet, forest road to Col de Vendeix (1107 metres). 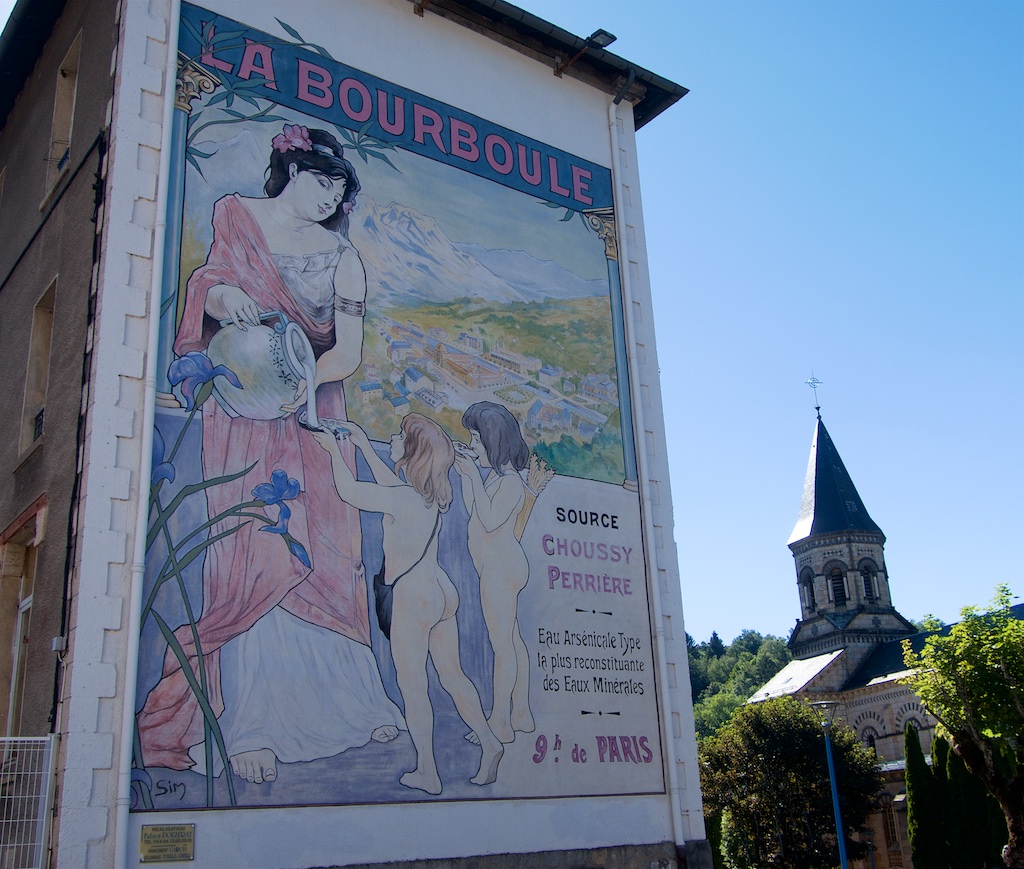 After passing through the bigger thermal-baths resort of Mont-Dore, I headed up the easy side of Col de Guéry (1268 metres). Just before the col is Lac de Guéry. Apparently, the lake is very famous in Europe for its ice fishing. As a Canadian, I was unimpressed. 🙂

I forgot my camera, so all photos taken with an iphone. Boo!

On the climb to Guèry, I had passed the turn-off to Col de la Croix Morand, so I doubled back and headed up. Croix Morand has been in the Tour de France 6 times, most recently in the 2008 stage to nearby Super Besse.

It’s not the steepest road but climbs between pretty, treeless mountains. 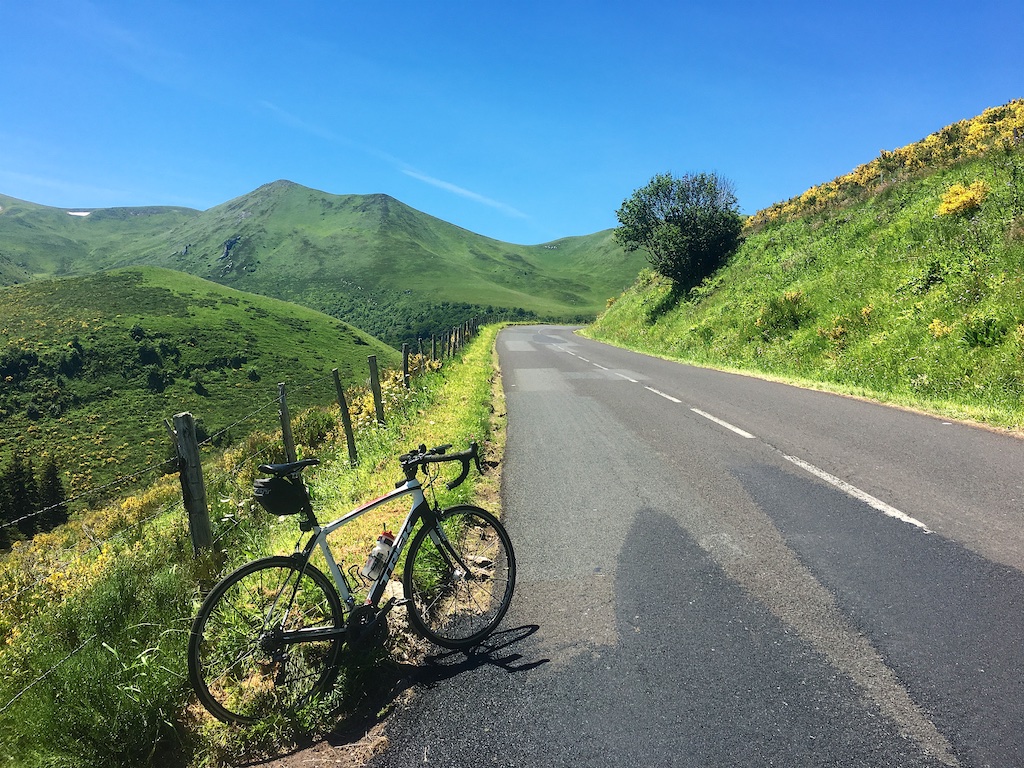 Next, I descended to Lac de Chambon for a snack and then looped around towards Puy de Sancy before beginning the climb to Col de la Croix St. Robert. 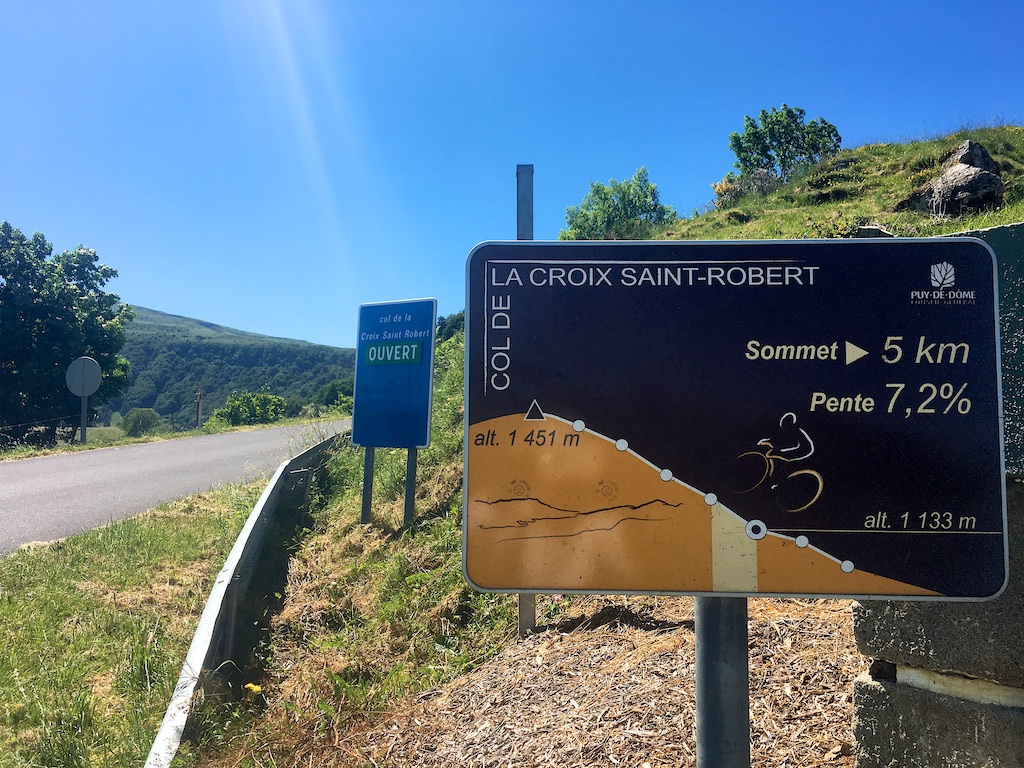 The climb to Col de la Croix St. Robert is again wide open, peaceful, pretty. It’s pleasant riding. It has only appeared once in the Tour de France (2011). 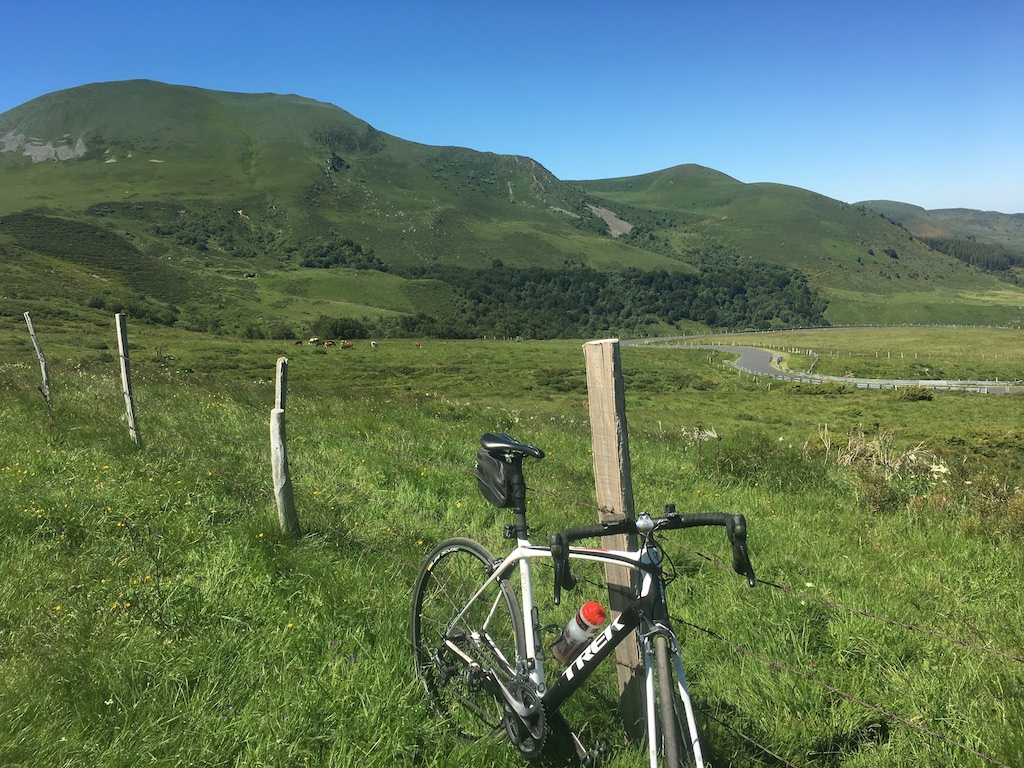 Finally, I descended the west side back passing again through Mont Dore on the way back to La Bourboule. This was a very enjoyable loop. It’s not Alps spectacular, but relaxing riding through beautiful countryside.