Trending
You are at:Home»History»Mont Cenis: From Elephants to Emperors to … Cyclists

Many of the great Alps roads owe much of their celebrity to cycling (Stelvio, Gavia, Galibier, Tourmalet, etc). Whereas Mont Cenis is a famous passage that just happens to occasionally welcome a bike race. 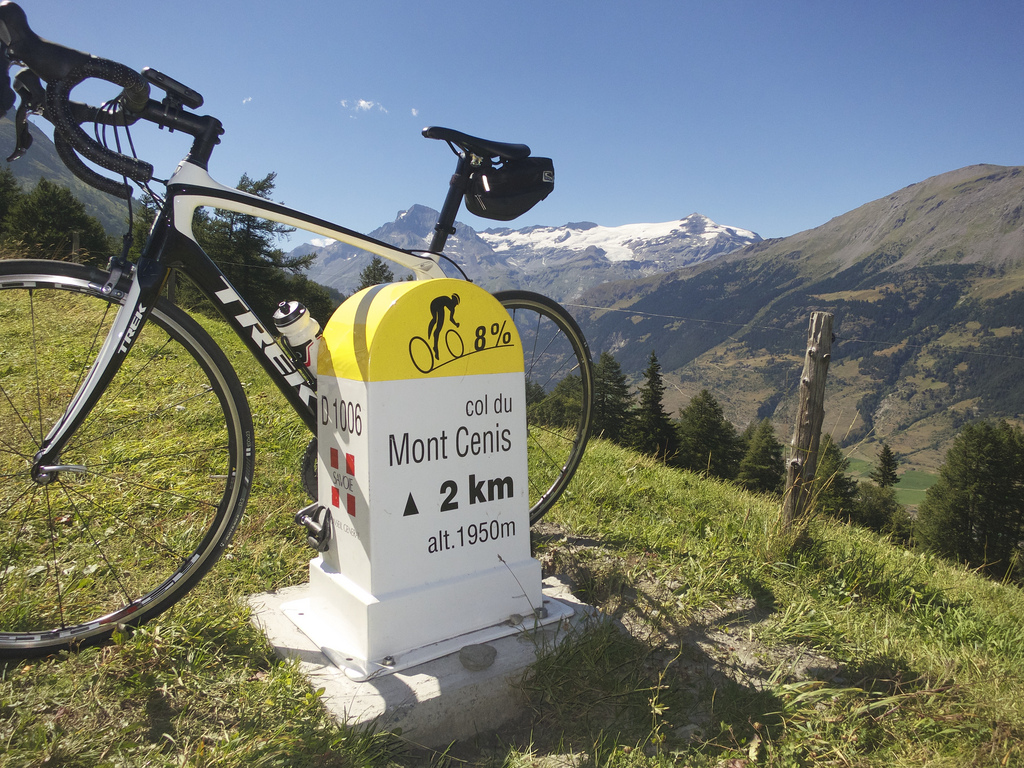 This post will give a little history of this amazing pass. If you just want cycling info scroll down.

At 2081 metres, The Col du Mont Cenis separates Lanslebourg, France with Susa, Italy. It is the border between the Cottian and Graian alps.

According to French wikipedia, the name Cenis derives from the french word “cendres” (ashes). Apparently there was an ancient forest fire that left the Col covered in ashes.

The summit/plateau with the lake has changed hands many times. Traditionally a part of the Kingdom of Savoie, occasionally part of Italy, from the 1860s usually the border between Italy and France. However, after World War Two, the plateau was ceded to France thus the border with Italy is currently a few kilometres down the Italian side, below the dam and lake.

French Hairpins that used to be Italian hairpins: 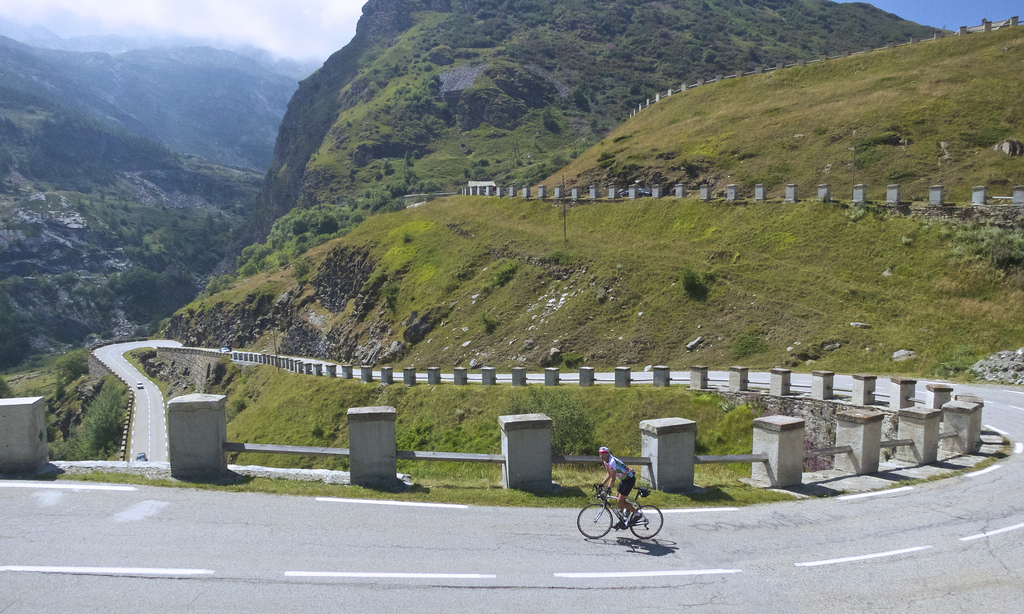 The Lake and Dam

There was always a small lake on the plateau said to be poisonous to fish. In the 1920’s, Italy built a small dam for hydro electricity, enlarging the lake. In the 1960s, France built a far bigger dam, increasing the lake size by a factor of ten. Currently, the hydro-electric power produced is shared between Italy and France. (Fish now thrive in the lake). 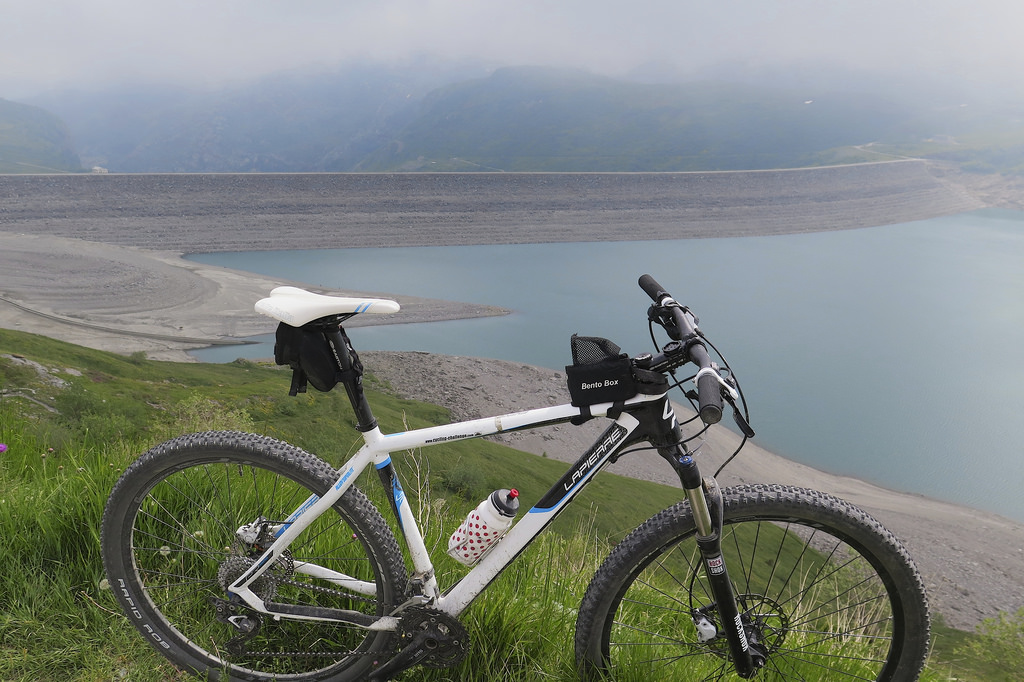 A Route for Armies and Pilgrims

In 218 B.C. The Carthagian General Hannibal led an army of nearly 40,000 soldiers and a few elephants over the Alps to attack Rome, beginning the Second Punic war. Historians today still debate which route Hannibal used to traverse the mountains. But leading theories include the region around Mont Cenis as one of three serious candidates. Of course the official tourist office is quick to mention Hannibal. In 1959 a slightly loopy British expedition successfully led a poor elephant over the Mont Cenis pass (most or all of Hannibal’s elephant did not survive their journey).

Start of the shorter French side

The Col du Mont Cenis has been a major route linking Italy and France for thousands of years. From approximately the 12th century, it supplanted Petit St. Bernard and Mont Genèvre as the most used passage.

In the 4th century, the Emperor Constantine the 1st would lead an army over the pass to attack Maxentius.

In 773, the Emperor Charlemagne would lead an army across Mont Cenis, as he attacked the Lombards. There is a famous French painting of the crossing.

The first hospice for travellers was built in 825 by Lothaire the 1st. Destroyed by Sarrasins in the 10th century, the hospice was rebuilt in the 13th century and maintained until the 18th century by Augustin monks. Significantly enlarged by Napoleon it was submerged in the 1960s when Electricité de France constructed a dam enlarging the lake. The foundations of the old hospice can still be seen when water levels are very low.

The Emperor Napoleon Builds A Road

Prior to the Napoleonic wars, the route was primarily a mule path used by pilgrims and merchants – although remains of a Roman road have been found crossing the nearby Col du Petit Mont Cenis.

In 1794, during the French Revolution – just before the Napoleonic wars – a French army crossed Mont Cenis to invade Italy.

After the Battle of the Nile in 1798, the British blockaded the French controlled Mediterranean ports and the Col du Mont Cenis became the major route into Italy. Napoleon – who crossed the pass himself at least twice – in 1803 ordered a road be built to improve the movement of supplies. Completed in 1810, it henceforth became possible for wheeled carts and carriages to make the traverse.

The road was maintained by “cantonniers,” who were each responsible for a stretch of 5 kilometres or so and would live in little huts beside “their” piece of road. Many of these huts still exist – see here. For the interested here is a link to an 1811 rule book that the Cantonniers of Mont Cenis had to follow. They would be responsible for keeping the road maintained all year … including clearing snow in winter. Fascinating (to me at least).

From 1868 to 1871 a train service crossed over the pass, but was closed with the completion of — what was then — the longest tunnel in the world – tunnel ferroviaire du Mont-Cenis in 1871. But up high on the Italian side one can still little tunnels and avalanche protectors of the train line. In 1980, a new Fréjus tunnel opened allowing motor traffic to quickly pass between Italy and France, leaving the road over the mountain pass free of trucks and not too busy – good for cyclotourists.

Fréjus Tunnel museum, near old tunnel exit on French side.

the Tunnel of Mont Cenis was such a “wonder” in the 19th centure that in Jules Verne’s “Around the World in 80 Days” it was said that one could go around the world by using the Suez canal …. and The Fréjus Tunnel.

Both sides of this climb are beautiful. Although the Italian side is a huge 25.5 kilometres long, versus less than 10 kms up the French side. The summits of each side are separated by a few kilometres of fairly level road that runs beside and above the lake. The valleys on either side are just full of great cycling climbs. (eg. Colle delle Finestre, Sestrières in Italy; Col de l’Iseran, Col du Galibier in France – to name but a few). For maps, and profiles of both sides of the climb to Col du Mont Cenis see here.

Tourist offices on both sides will supply free maps of cycling routes in the region. The French side – the Maurienne Valley – bills itself as the largest Cycling region in the world – and is home to probably half of the 10 best climbs in France.

Hot Tip: Near the top of the French side of Mont Cenis is a turn off to the Col du Petit Mont Cenis. A well paved little road that gently climbs for 7 km before ending at the old 19th century French/Italian border. Simply Beautiful. 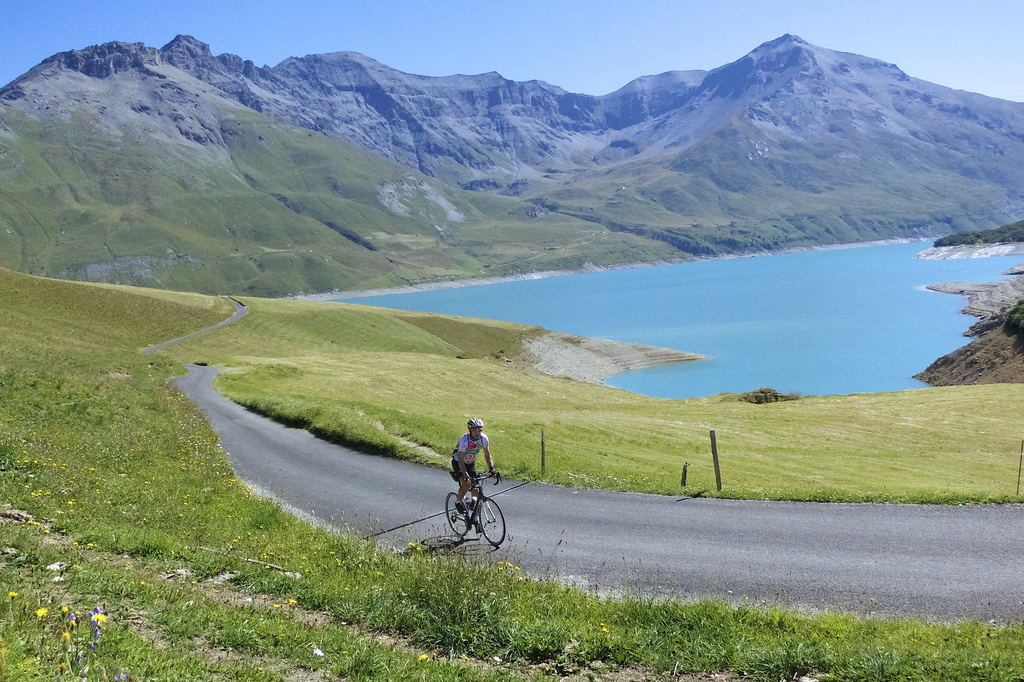 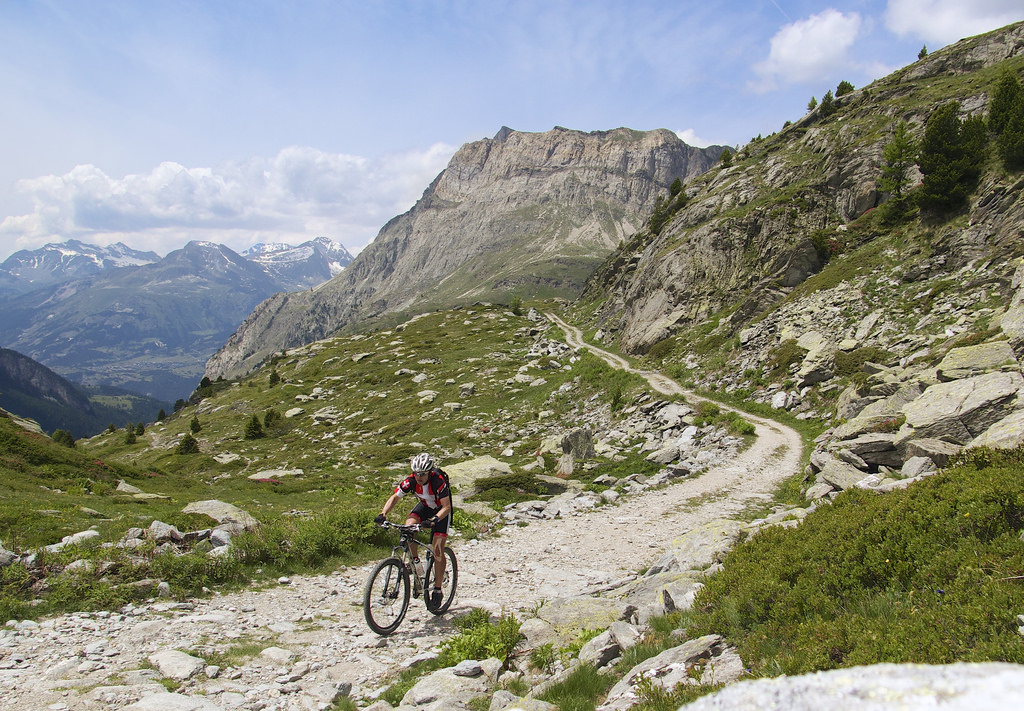 For more than a decade in the 1930s, Flambeau the post-dog assured daily mail service between the french Valley below and the summit of Mont Froid up above. Woof.

In winter, the French side becomes the longest Green (beginner) ski trail in Europe – called l’Escargot.

For the geologists see here and have fun (no idea what it’s all about).

Beside the lake is the Pyramide museum – recounting the history of Mont Cenis. Additionally, there are six old forts surrounding the lake.

Finally, here is a link to a video of coverage of stage 10 of the 1961 Tour de France, climbing Mont Cenis. You need to watch at the linked site, and it’s a little small, but quite fun. Click here.

OK, I’m thirsty. Now that you know a little about Mont Cenis, I suggest you pour yourself a beer and plan a visit. 🙂 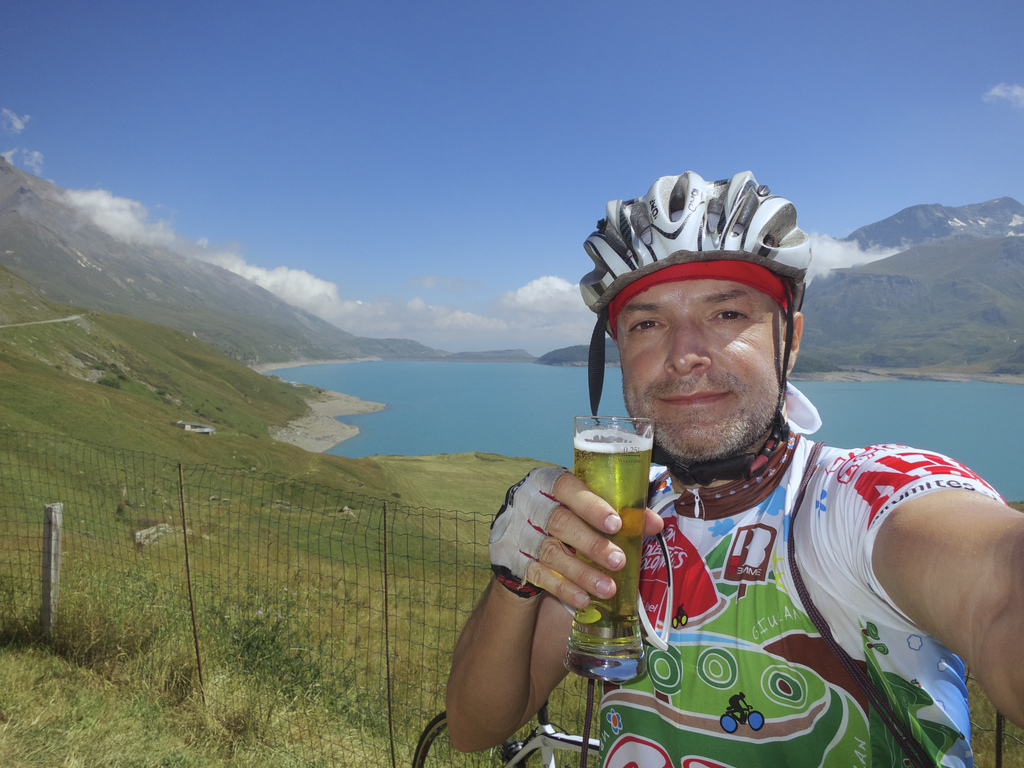