A fabulous day col hunting in the Vercors Massif (one of my very favourite places to cycle) – with three French friends. For the first time in ages (years?), I followed with no idea where I was going as I was with a group of expert route planners.

Click here for more loops in the Vercors region.

Many thanks to Philippe, Bastien, and Simon for a great day out. A sudden cold spell and dark clouds in the area, but we were lucky and stayed dry.

I think Philippe had spent a lot of time searching for a route with cols that were new to me ….. now that is a friend that knows me!

We passed five signed Cols …. but by far the hardest climb of the day was the road up to Relais (telecommunication tower) de Musan. Just look at the first climb on the map profile above. Yikes. It was a very steep (often 12% & steeper) AND rough road …. the descent was probably too bumpy for road bikes, but it was deserted and we took our time.

A short walk behind the tower revealed terrifying cliff views: 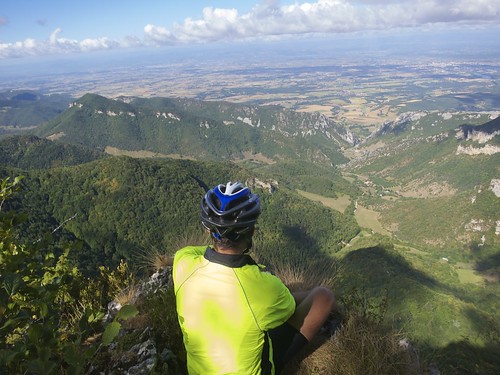 Several of the Cols featured cows at the top …. I went for a small ride with some friendly ladies at Col de Bioux:

Without a doubt the feature climb of the day was Col de la Bataille. The views from both sides of this magnificent col are incredible. 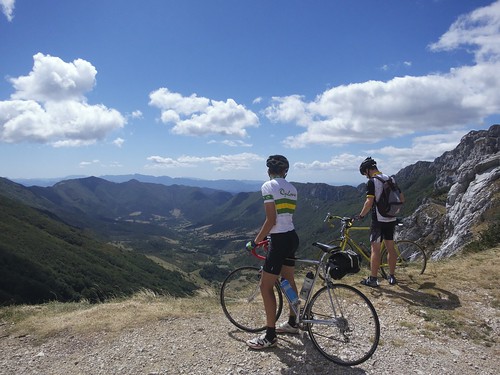 Also, I loved this group Col photo (with a new sign too!): 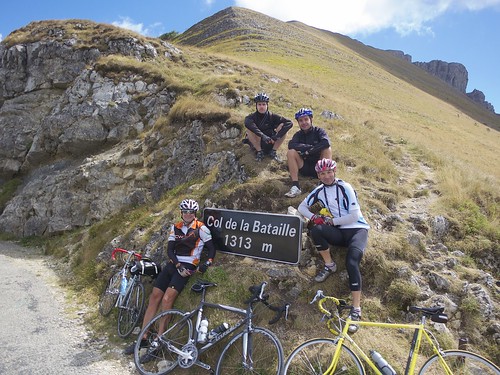 Near Bataille Philippe gave me a handy tip: Alway look for udders before approaching cows. This fella looked scary. Even the fence between us didn’t seem adequate. I made sure the camera had the flash off. 🙂 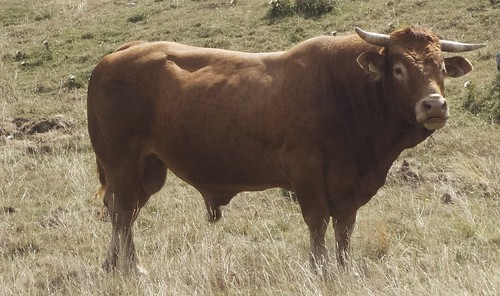 An excellent day with excellent company. The lads even let me have their beers. I think they hoped it would improve my French. 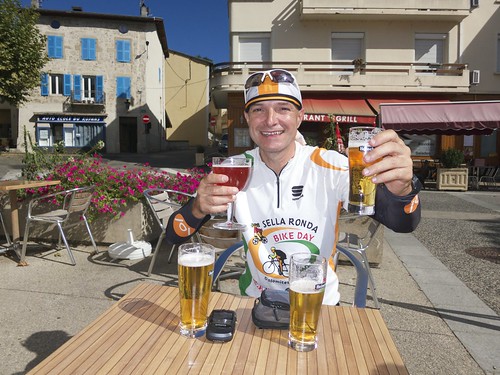