It’s a dead end, which helps explain why it has never been used by the Tour, but it will appear in the 2014 Tour de l’Avenir. Ignoring the first and last kilometres, the middle 11 kilometres average 9% – it’s steep. 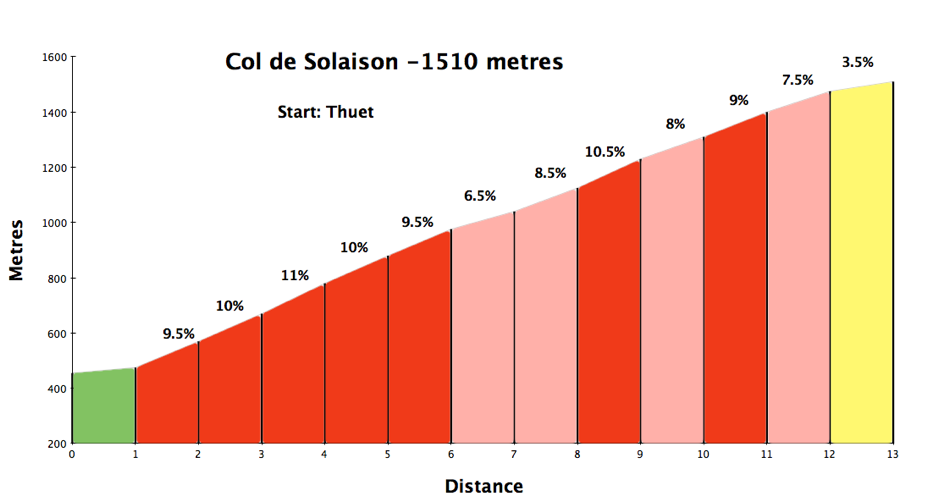 The climb starts near the little village of Thuet. North facing, this climb gets little sun in winter and it can be extremely cold. An old snow post here.

From the Autoroute, I always glance at the great cliff road about 4 kms up.

These early kilometres are tough. 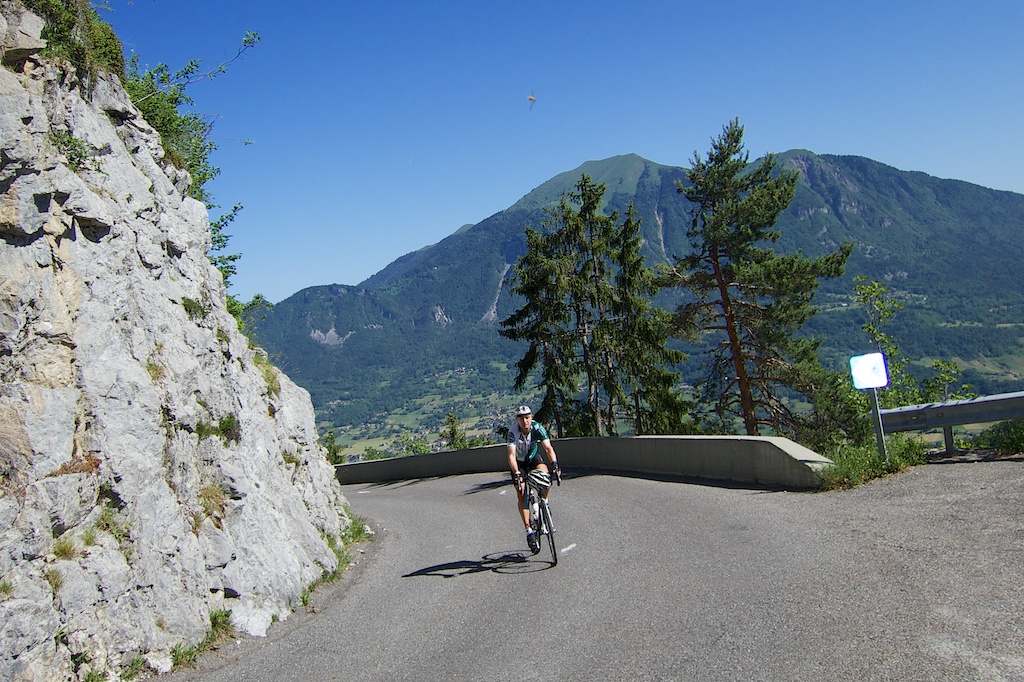 The road reaches Plateau de Solaison after 12 kilometres. The summit sign and a restaurant are here – it is also the Cross Country Ski hut in winter. But for the geographic Col de Solaison, continue for approximately one kilometre. The paved road ends at the col sign – see map below.

Cross Country Skiing atop the Plateau

I climbed faster than usual and was feeling pleased. But when I turned around at the summit, I realized I had enjoyed a strong tailwind. 🙂

I descended on a slightly different route through the Gorges du Bronze (labeled on map). This is a great little road winding up a tight gorge. Well worth climbing too.

I was just looking for a quick up/down ride, but one could combine this climb with other nearby roads. For example: Colombière, Plateau d’Andey, Col du Cenise, etc.