This is a great loop in either direction. Especially fun in late winter.

Plateau des Glières is at the top of my list of big climbs that have never appeared in the Tour de France. It is home to the Monument de la Resistance. Both the east and west sides up are steep and beautiful.

The Tenth Great Ride of the Year

I started near the entrance to the Gorges du Bormes (Evaux). This is a narrow, fun road but can have fast traffic. To skip some of it I took a detour up a very steep cliff road that over-looks the main road, eventually rejoining it (see map below).

After Le-Petit-Bornand the route turns right and climbs a crazy, steep road up the east side to Plateau des Glières. Too much fun. 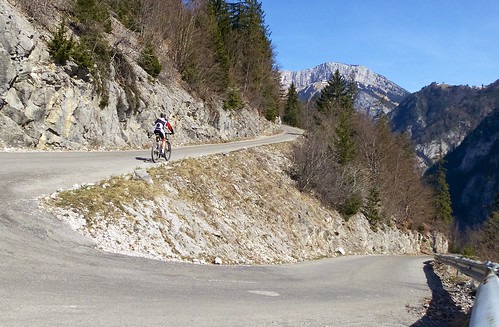 At the top, in summer there are a couple of kilometres of gravel road that cross the plateau. In winter, it’s all snow, and great cross country skiing. The snow was mushy, I had to walk most of it. 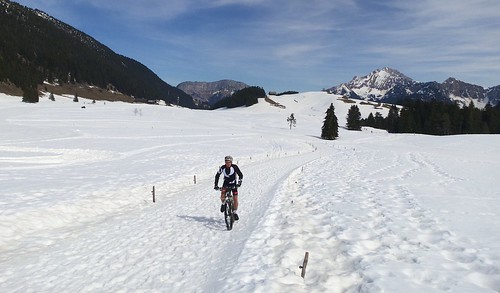 I was in shorts but it was warm. Even the fantastic, and long, descent of the other side required only a light wind-breaker. Spring!

Here are details of the loop in the opposite direction including the west side climb profile.

After descending, I turned right on a very nice, deserted road and climbed a few not-steep kilometres to Col des Fleuries – see map.

Next, I tried to stay on high roads as I returned to St. Pierre. There are a couple of tiny, rope-tow ski stations (closed), and I hit a dead-end on my first attempt.

There are a couple of other ways up Col des Glières that are only possible by mountain bike — and very challenging, but fun. See here.

Next I climbed to Orange where a nice old man told me the paved road ended here but there was an unpaved forest road over the top, but it was only possible after the snow melted.

Hmmmm, intriguing. I easily found the path, not much snow. What an amazing little road. High, over-looking the valley below. Good quality gravel, and in stretches paved. I have marked it on the map. A perfect direct way back to the start.

I love this entire loop. The last 500 metres I ran into a touch of traffic — which only reminded me how quiet, and beautiful the rest of the route was.

Old photo of me at the Monument de la Resistance. 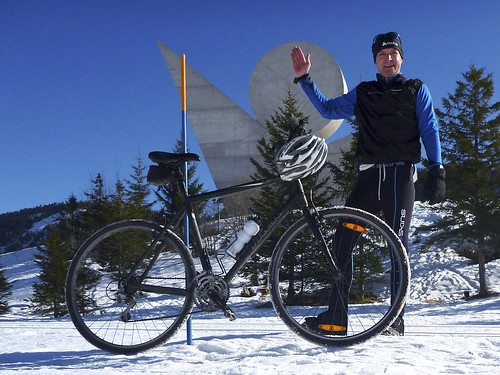 Plateau des Glières is at the top of my list of big climbs that have never appeared in the Tour de France.

This is a great loop in either direction. Especially fun in late winter. But ready carefully before bringing a road bike.