This post describes the east side of Mont du Chat. In 2017, the Tour de France and Dauphiné will climb the equally ferocious west side – see here.

At the top is a telecommunications tower. Locals will call the climb Relais du Chat to avoid confusion with the easy but scenic Col du Chat nearby.

Today’s goal was to beat my previous two times to the top while using my hybrid. I had my heart rate between 91% and 93% of max the whole way – so although I am not fast, I certainly tried hard. 🙂

After one and a half kilometres from the lake, the route becomes a quiet forest road. It’s steep from the beginning until the end. With longer and longer gaps between hairpins, but with ever improving views of Lac du Bourget (largest lake in France) and Mont Revard across the way.

Sadly, this climb has only appeared once in the Tour de France. In 1974, Poulidor dropped 5x champion Merckx going up only to be caught on the descent

Shattered: seconds after I reached the top:

A couple of minutes after catching my breath. Posing in my new Canadian Native Inuksuit jersey that my sweet mum sent me for my birthday a while back (thanks mum!). 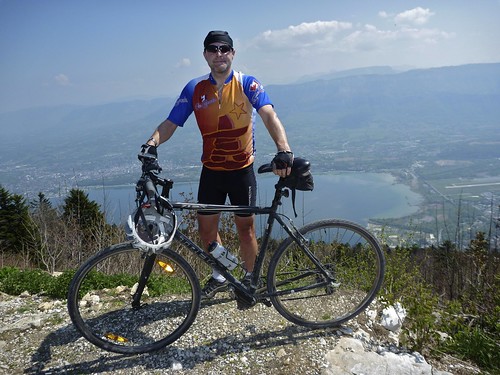 The other side is also extremely steep. I passed 3 markers showing average kilometres of 12% (!) among others. Details of that side are here. 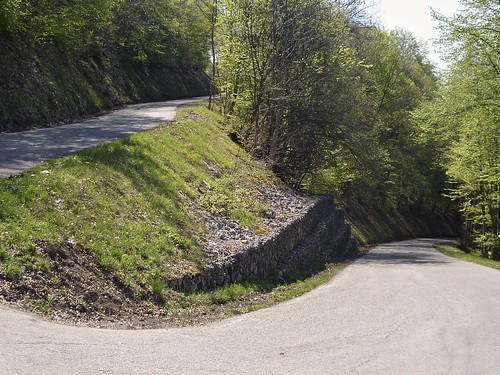 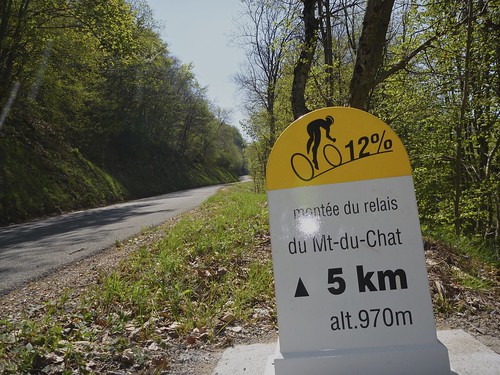 After descending part way down the west side I turned onto a superb little road to Pas de Lièvres and Col de l’Epine (see map). Thanks to Bastien for showing this route – see here for his col hunting loop in this region.

While I used a hybrid, this terrific and challenging loop is well paved and do-able on a road bike (except for the skippable little there/back detour visiting Passage de Barbiset).

For another great Relais du Mont du Chat loop, you can return by the very scenic but not very hard Col du Chat. See here.