This is the fifth article in a series detailing the 684 kilometre Route des Grandes Alpes. A great cyclo-tourist route through the French Alps, over 16 mountain passes, on a road linking Lake Geneva (Lac Léman) to the Mediterranean Sea. The main goal of these articles is to highlight alternate route options and interesting detours.

I have no major detours to recommend for this stage. It’s straightforward. Up and down two bigs climbs: the legendary Col d’Izoard (2360 metres), and Col de Vars (2108 metres).

However, the route does pass by some huge climbs, that I have highlighted on the map and will briefly discuss below.

There are six Refuges Napoléon near the summit of high Cols in the Hautes Alpes region. Napolèon ordered them built in thanks to the people during his return from exile on Elba. They were actually built during Napoléon the 3rd’s reign. This stage passes two of the refuges, one on each climb.

While the north side of Izoard is fairly lush and green, just over the summit, the south side is the famous Casse Déserte. Arid, eerie, spectacular. The route descends then briefly turns up, passing Col de Platrière. Keep your eyes open. On the right, just before the road turns up, is the monument to Louison Bobet and Fausto Coppi – very easy to miss. I’ve marked it on the map. 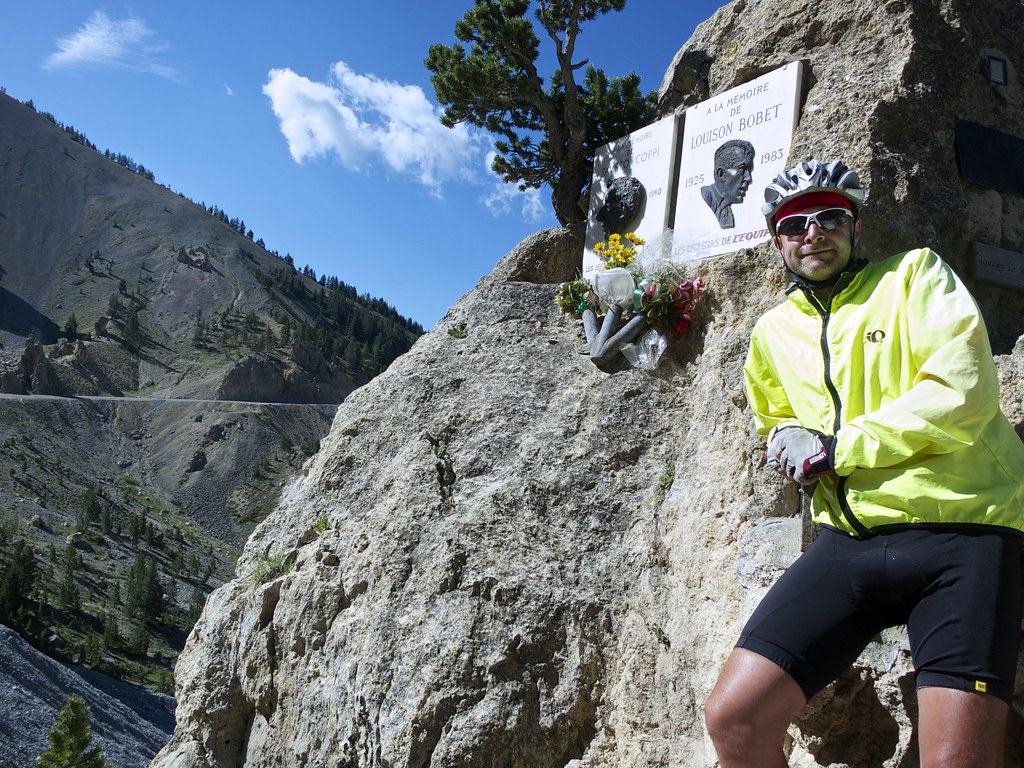 The Izoard descent is very fun: hairpins up high, a straight steep stretch for speed-burners, then through a cool gorge lower down.

Col de Vars is a little less interesting than Izoard, but sill a nice climb. 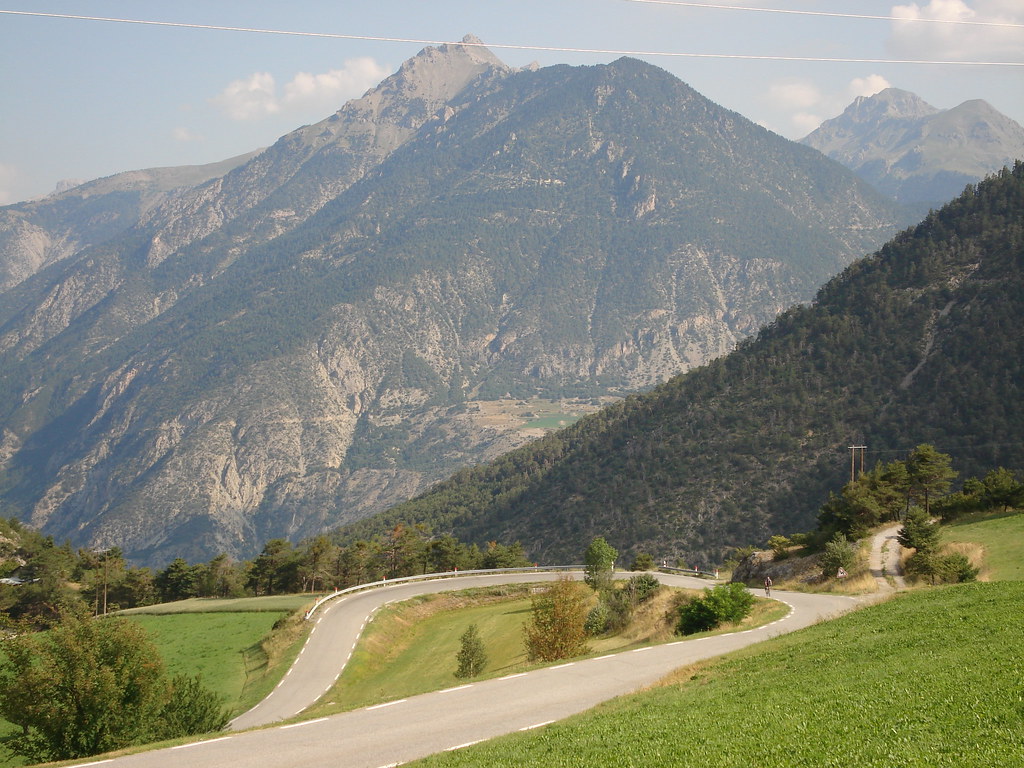 Barcelonnette as a Base

This stage ends in the charming village of Barcelonnette. It is an absolute perfect place to stay for an extra day or two. The road signs there bring joy to my legs: Cols in absolutely every direction.

In fact, to the south, are three of the best in France: Col de la Cayolle, Col (and Cime) de la Bonette, and Col d’Allos. And the route des Grandes Alpes can only take one – I’ll discuss the options in the next, stage 6 post. But for now, just let me suggest, if you have the time, stay an extra night or two in this cycling Mecca.

Here is an old; not great, article – Barcelonnette Alpine Cycling Paradise – (I’ll try and update) that gives more info on the cycling options in Barcelonnette. Or click on any of the red stars on the above map for links to ride details.

Famous Climbs Along the Stage Route

Of course, the route is passing many interesting roads, but a few highlights:

1. Just north of Briançon, the start of the stage, is the super steep road to Col du Granon. At 2413 metres, it hosted the highest ever stage finish in the Tour de France (until Galibier recently).

2. When descending Izoard, the stage passes the road that leads to Col Agnel – at 2744 metres it’s the 3rd highest paved mountain pass in Europe. The Giro d’Italia will cross it in 2016.

3. Starting in Guillestre is the climb to the ski station of Risoul (1850 metres). It hosted a TdF stage the other year, and will host a Giro stage in 2016.

4. Starting near the end of the stage is the road to St-Anne-la-Condamine. Above, is an unpaved road to Col du Parpaillon. In the 19th century, this old military road was the highest road in France. I have only climbed the huge, far side. An amazing adventure if you rent a mountain bike in town.

7. Not the most interesting climb, but just above Barcelonnette is the ski station of Pra Loup that hosted a Tour stage in 2015.

Road Openings/Closings: The official Hautes Alpes traffic web site forecasts the opening of Col d’Izoard (2360 metres) between May 15th and June 1st. Col de Vars is far more likely to be open earlier and longer as a fairly key road (currently open in February). Izoard can be bypassed by taking the N94 national route (and perhaps occasional quieter roads just parallel; eg. D36) down low that links Briançon and Guillestre.

Enjoy the historic Izoard and my top tip: Stay an extra night or two in Barcelonnette.