I am not used to being here without skis on. But I was plotting this challenging route last winter while slaloming (!?) the slopes at Flaine ski station. 😉

Mountain biking for a change of pace, up high in Le Grand Massif. Only 33 kilometres but extremely difficult.

We started in Les Carroz initially following the road for Col de Pierre-Carrée. They have just added new cycling signs for each kilometre – a nice touch. For details of the 21.5 km road-bike climb to Col de Pierre Carrée click here. 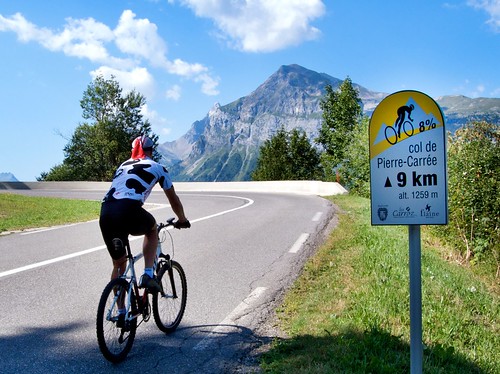 A few kilometres from Pierre Carrée we left the paved road following a trail towards Tête du Pré des Saix @ 2107 metres (see map). This is a great route – but understand it is VERY steep and on gravel. Especially the second half – after Col de l’Airon – with long stretches above 20% on tough terrain – it’s really not a bike route – but fun.

Eric managed to ride almost the entire stretch. Me? Quite a bit of bike pushing, but well worth the effort. It was a little hazy today, but fantastic 360 degree panoramic views from the top.

We then descended the road below to the Col de Vernant (1967 metres). And immediately started climbing up to Les Grands Vans – and even better views. 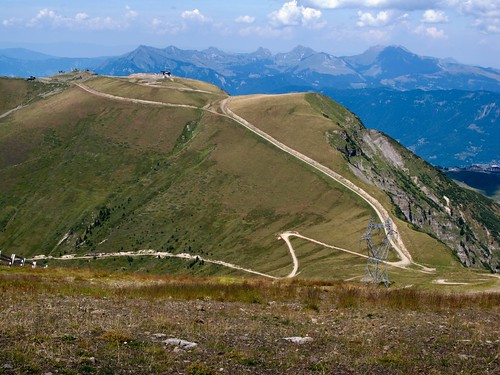 The road up to Les Grands Vans (2208 metres) was perhaps even more steep & difficult – again lots of bike pushing. 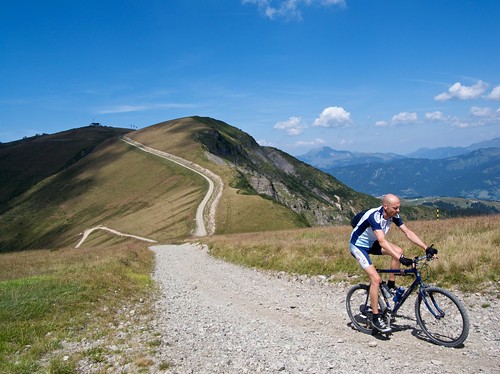 Up top is pretty awesome. From the top it’s just a short descent to Col des Grands Vans (2173 metres). We then descended a “blue ski piste” down to Flaine. From Flaine it’s a short climb up the back side of Col de Pierre-Carrée and then a fast descent back to Les Carroz.

All in all a very worth-while loop that I had been thinking of doing for a long time.

One of our favourite hikes is to climb to Les Grands Vans from just below Lac de Vernant any November after some fresh snow. It has to be November as it means the ski-ing hasn’t opened and the mountains are white, beautiful, and deserted.

Note, we always colour co-ordinate before any hike: 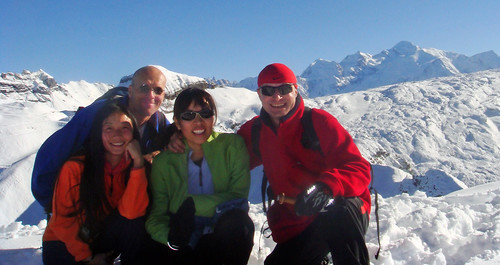 One of the toughest short rides you may ever do.