I am in Alsace, France meeting up with several Americans and a Canadian for some cycling in the Vosges mountains. All very nice guys – ranging from good to VERY strong cyclists.

Sunday – to “warm-up” – we rode in the Col des Vosgiens cyclosportif. The route was 173 kms and well over 2,000 metres of vertical climb including the famous “Grand Ballon” – (my GPS says a little less as I forgot to return it on during a food break). This equaled the longest ride of my life and considering the climbing – it was the hardest. But a fairly measured pace, eating and drinking copious amounts, and fairly good preparation left me feeling good throughout the day.

It’s a great route through rolling mountains, forest paths and the occasional picture post-card village. And seven Col signs for the effort (which pleased me no end!!) – but it meant I had to ride like a mad-man to catch up after taking photos of the signs and I am the slowest descender ever born.. 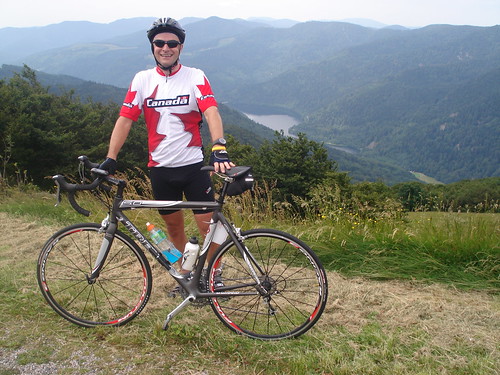 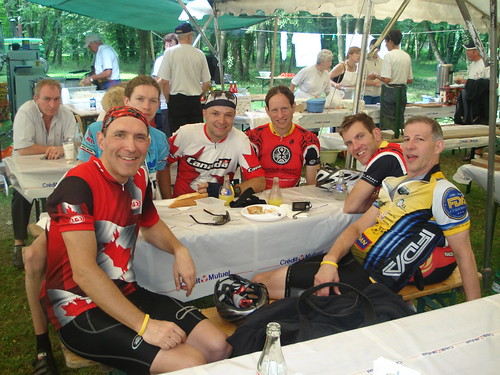