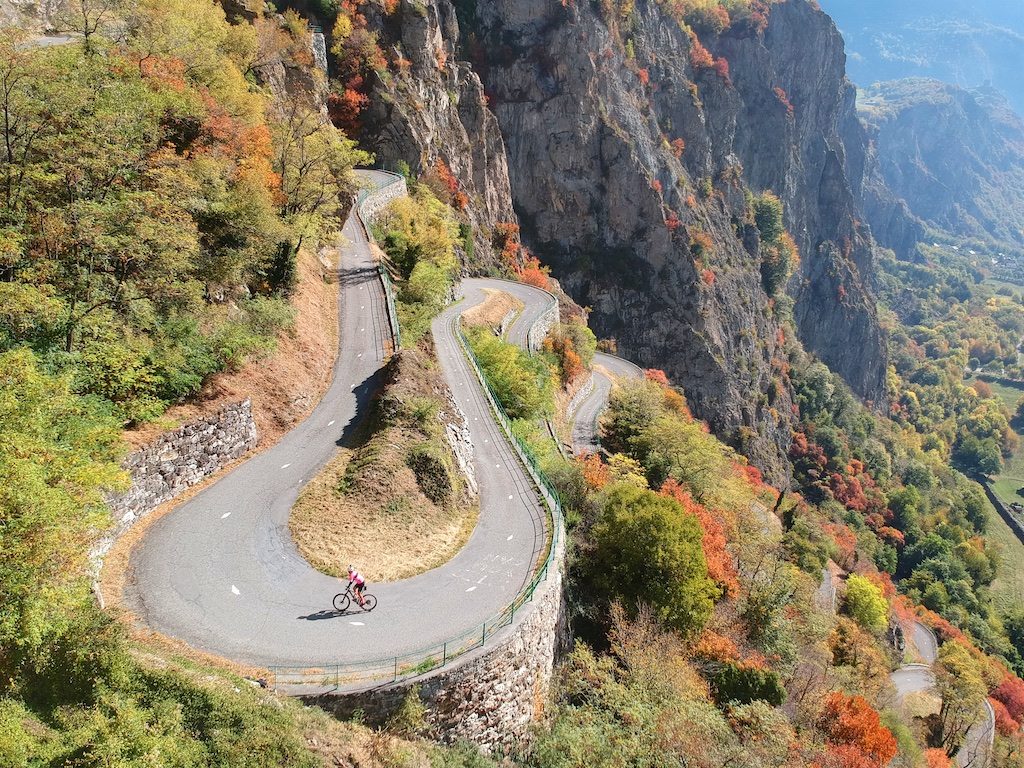 Lacets means hairpins (think shoes laces). Les Lacets de Montvernier has 17 hairpins (lots of publications say 18, but one is questionable and off in its own #hairpinpolice). The 17 hairpins all come in a stretch of only 2.5 kilometres. That’s a hairpin every 150 metres. The road is narrow, the hairpins sharp, and large vehicles are forbidden. It’s a steady incline, roughly 8% average. Woohoo!

Here is a video including some drone footage: 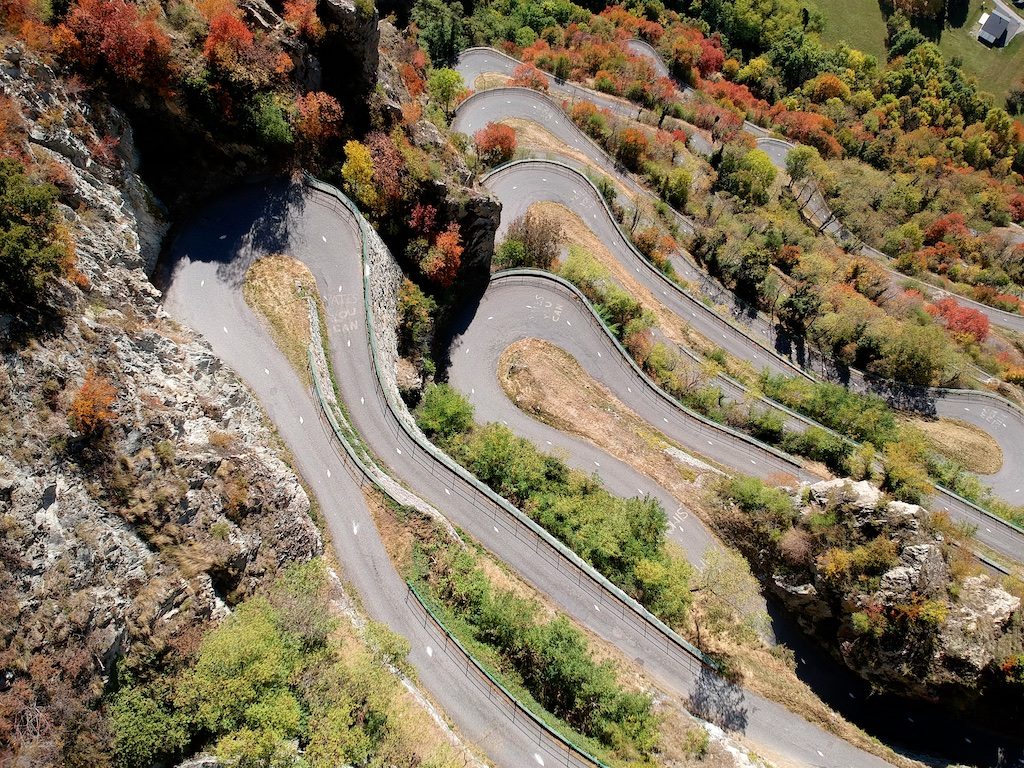 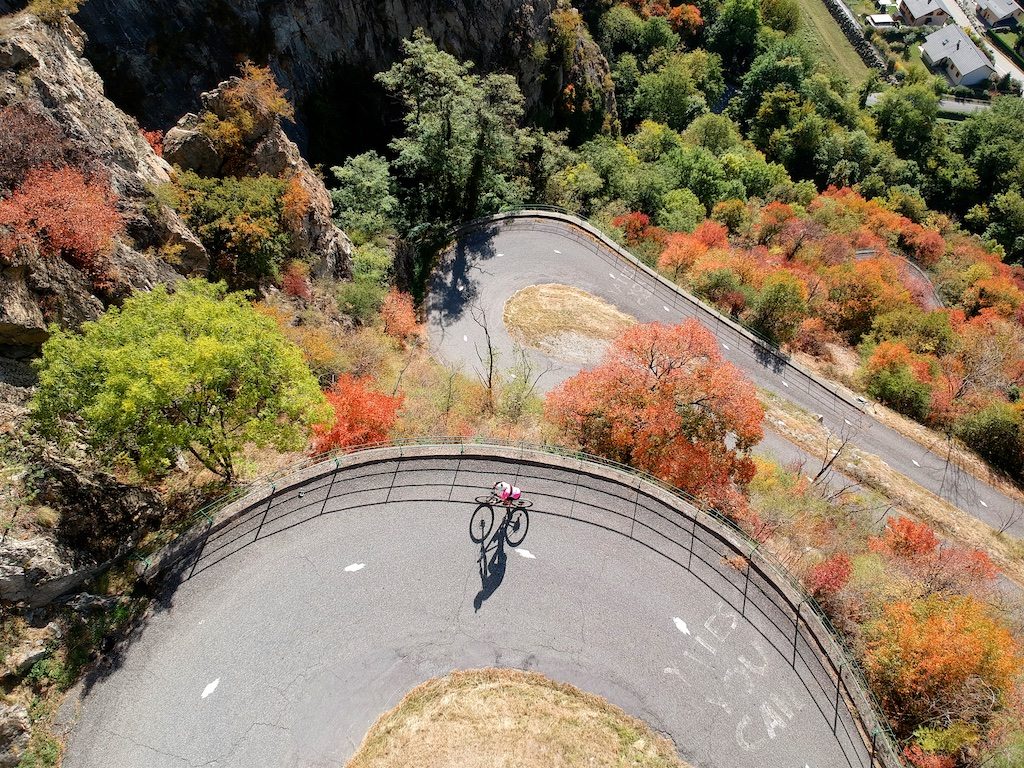 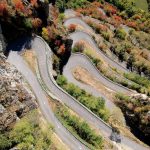 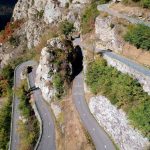 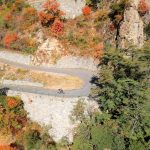 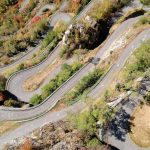 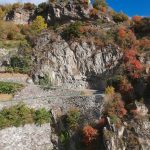 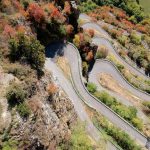 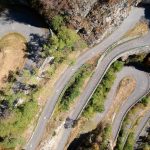 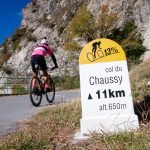 It’s tough to photograph the hairpins while you are riding them (without a drone). But once you are above, there is a trail on the right to a cliff lookout. It’s a few hundred metres off the road along a trail, but road bikers could brave it. See map at bottom. 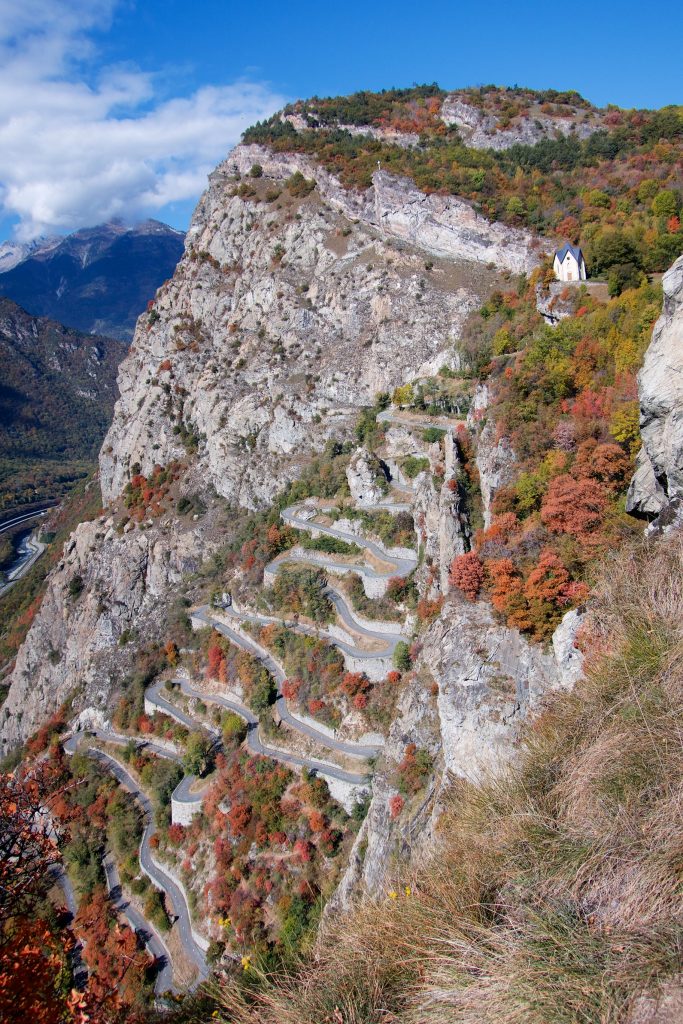 After the hairpins, it’s roughly 10 challenging kilometres to Col du Chaussy. Very quiet and scenic. The highlight is a fantastic cliff stretch half way: 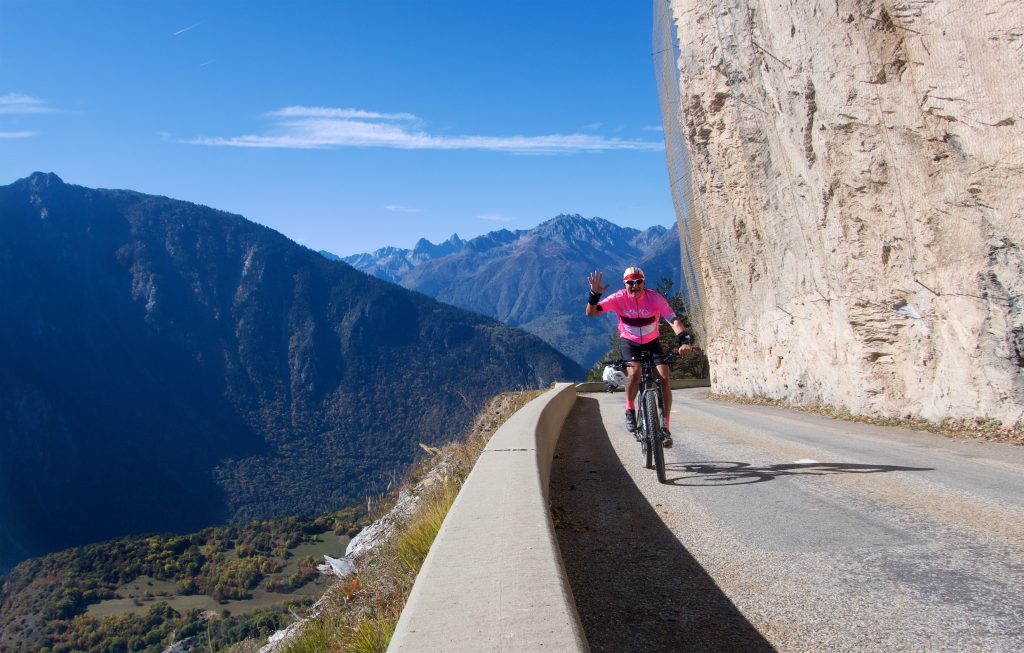 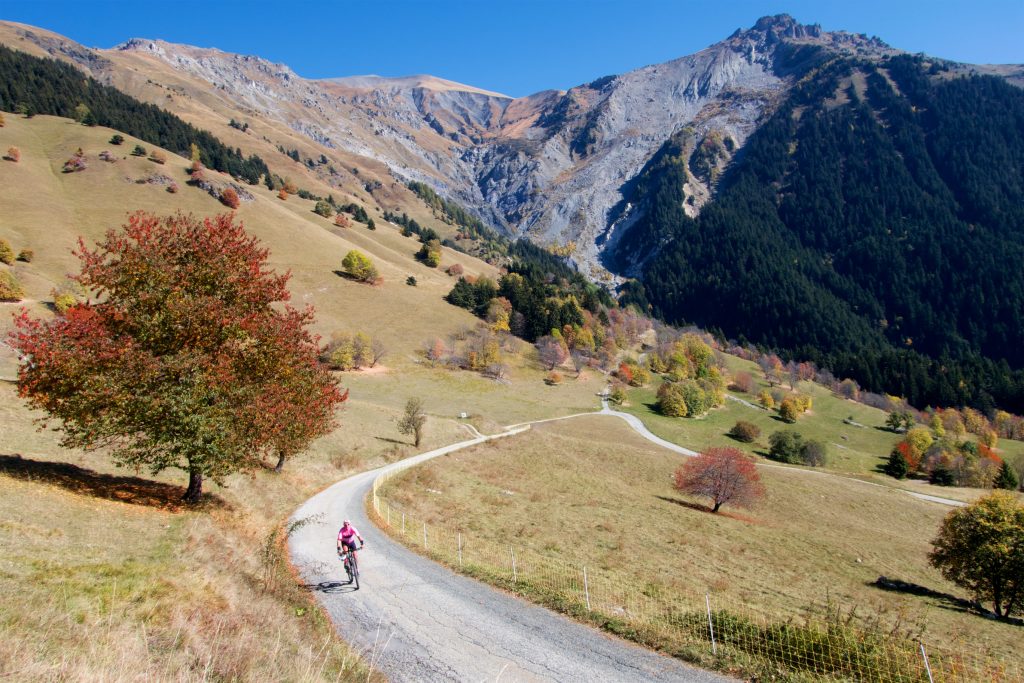 The far (north) side of Chaussy was only paved a few years ago. My route descends it briefly then, at Bonvillard, turns up towards Lac du Loup (Wolf Lake!). It’s paved until just past the lake, but then there are 8 kilometres of gravel.

Road cyclists: You can do this loop! At Bonvillard, instead of turning up to Lac du Loup, stay on the D99 descending to roughly 850 metres where it meets the main D213 road up to Col de la Madeleine. 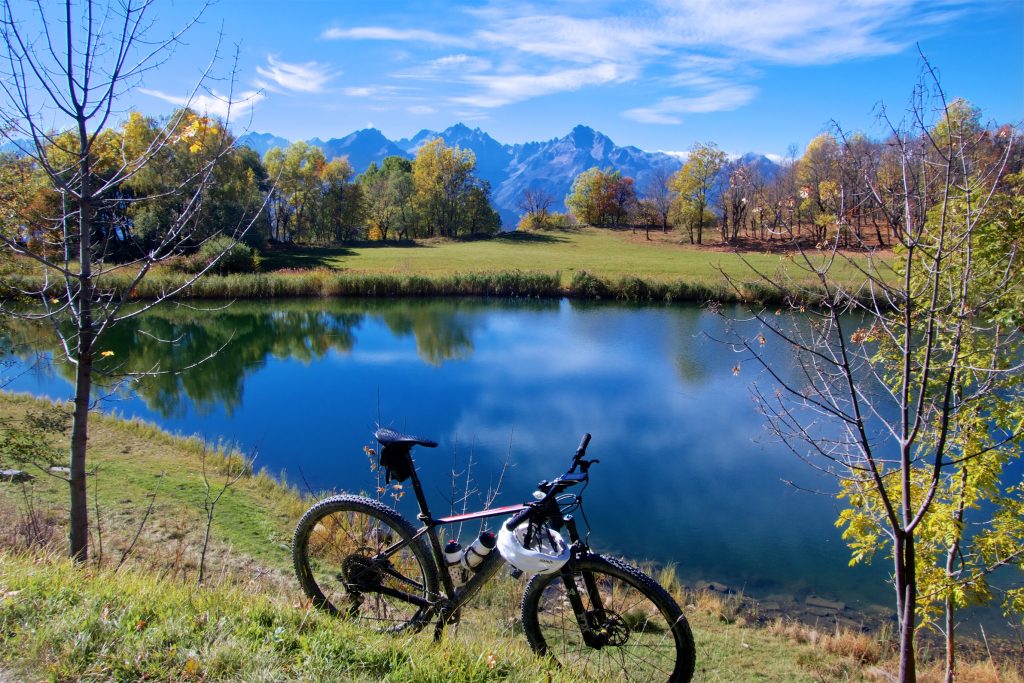 But I prefer the gravel. So quiet and scenic. 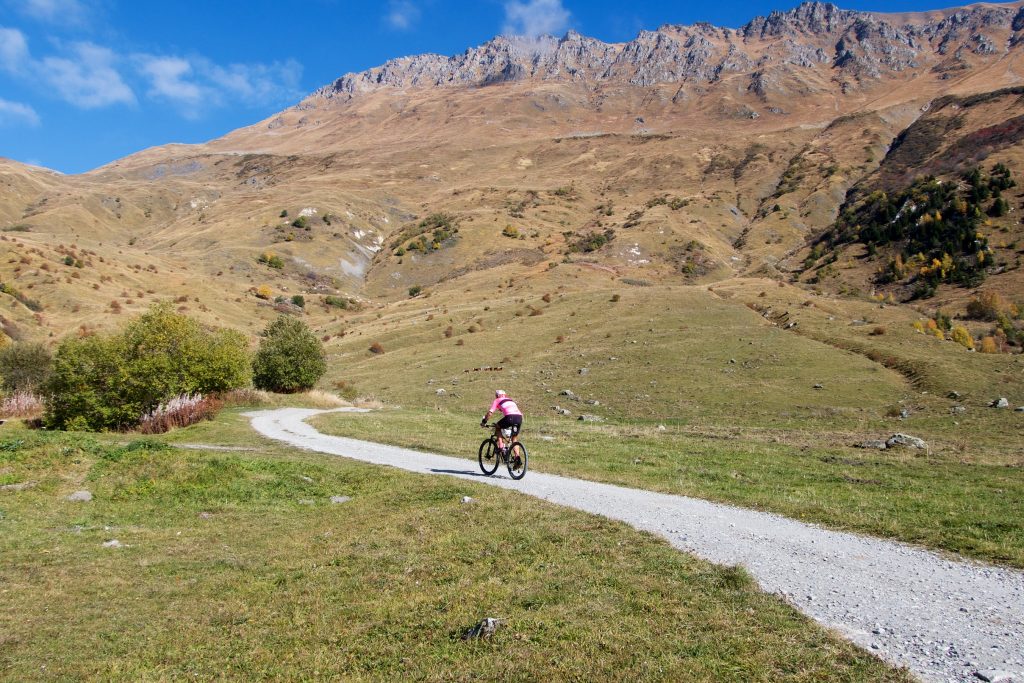 At roughly 1800 metres the road crosses into the valley with Col de la Madeleine. But it continues up high on gravel for a couple of kilometres before descending to join the paved Madeleine road a touch more than 2 kms from the summit. 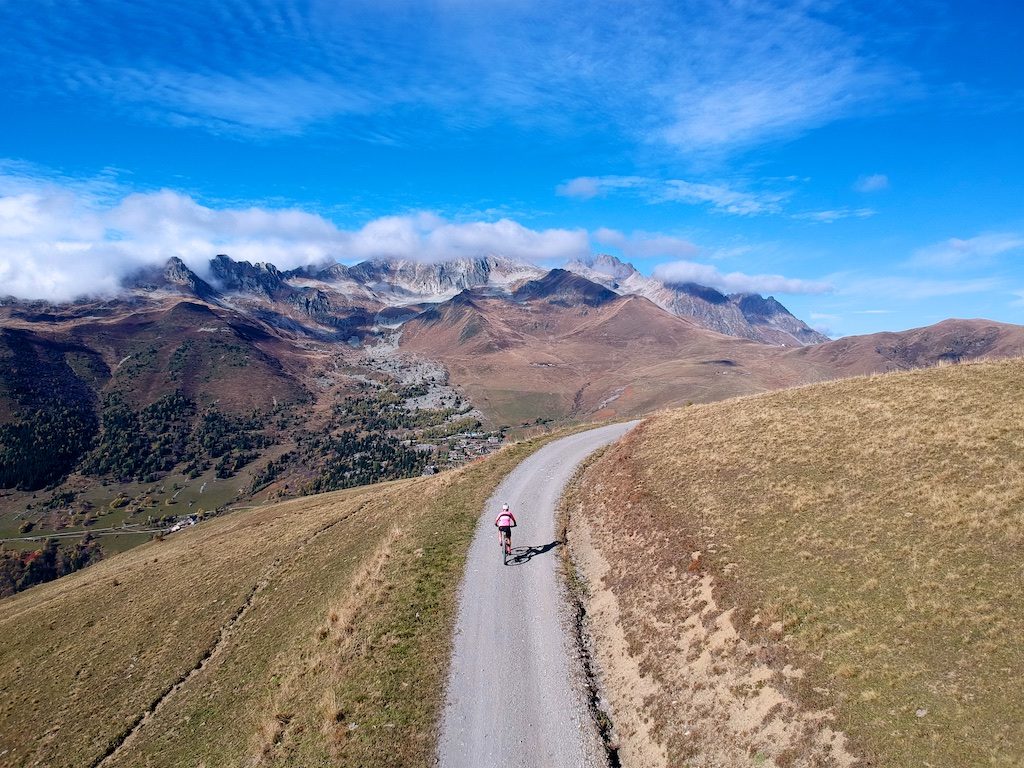 Is the 8 km gravel stretch rideable with a road bike? I don’t know. It’s not the worst surface. How fussy are you? The worst part is the last stretch, a rough descent. I’d recommend thicker tires, but if you are not fussy ….. why not? 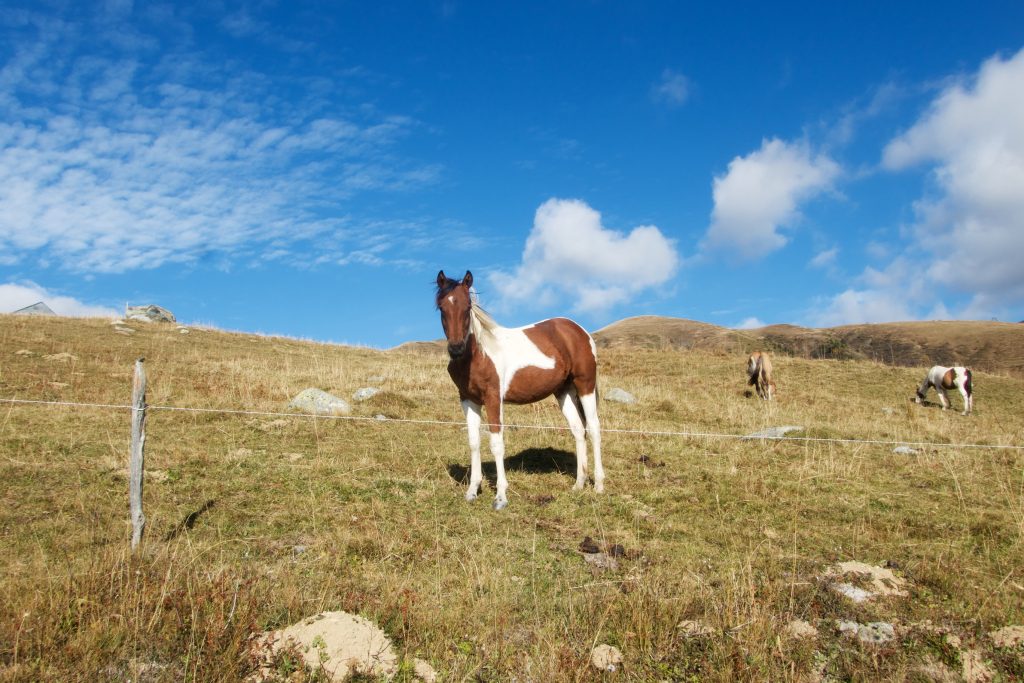 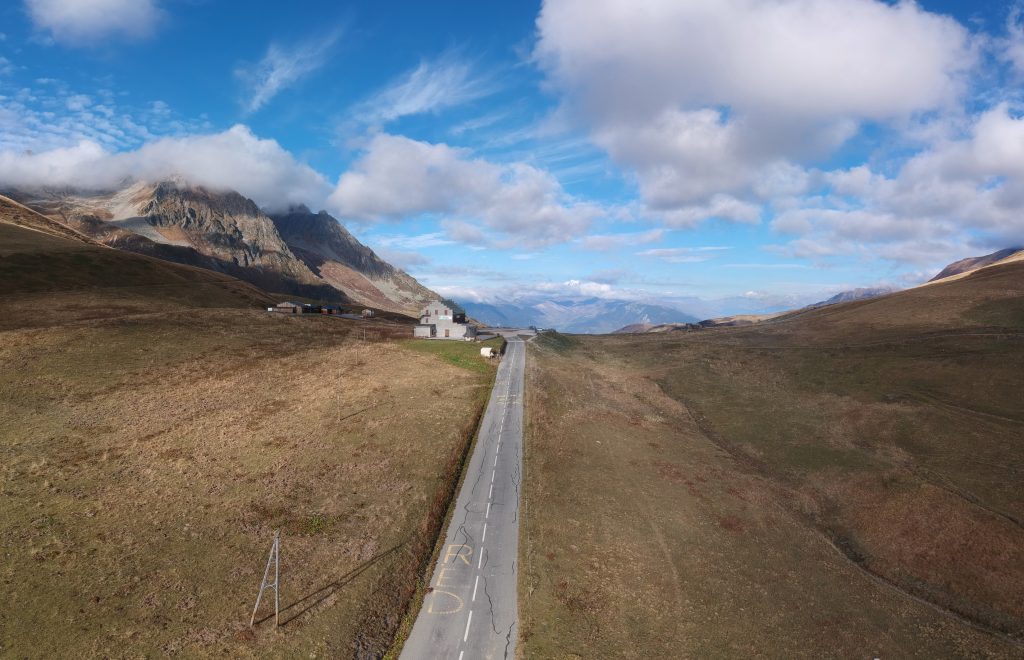 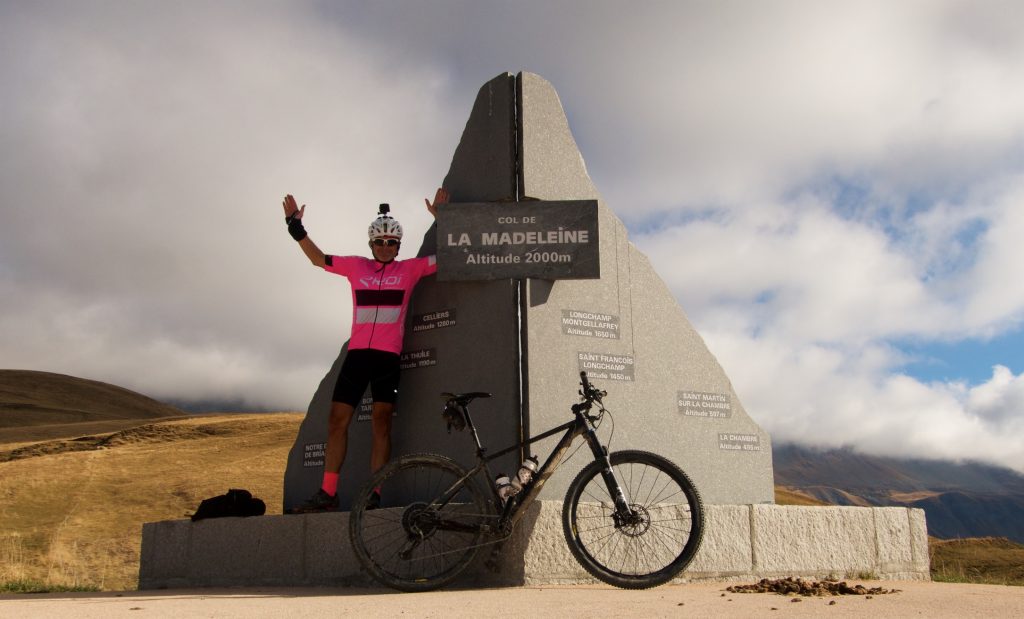 Here are 4 routes up to Col de la Madeleine.

This … is … a … fantastic ride. On the climb, I saw more cyclists than cars, and I only saw three cyclists. And again, with a slight adjustment, road bikers can enjoy this loop. Great.

The final 5 kilometres between La Chambre and the base of Les Lacets are unfortunately on a busy road. Just be careful.

A challenging, beautiful, huge climb. Remember the Les Lacets are only the appetizer.