Today I saw more waterfalls, glaciers, hairpins, and tunnels than I have ever seen in a single day. As Martin and I cycled the Silver course of the Alpen Brevet cyclosportive in the high Swiss Alps.

First we started with the north side of the Grimsel pass.

A long challenging road with high snow covered peaks on both sides. Nearing the top the road hairpins by three dams and 2 large glacier lakes. Beautiful. 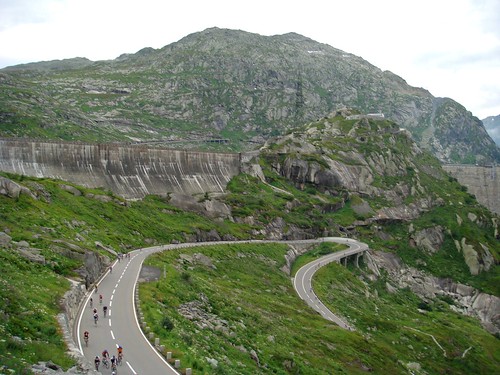 The descent of Grimsel is pretty amazing. Huge hairpins down the side of the mountain into a picturesque valley. In the distance is the Rhone glacier and the Furka Pass (which appeared in the James Bond film “Goldfinger).” 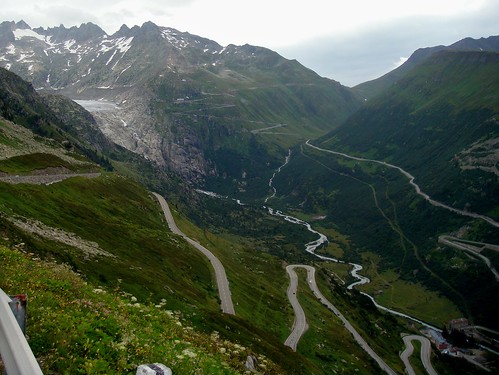 After descending Grimsel, we joined the route for the Furka pass. In the elevation profile below, we joined about half way up. 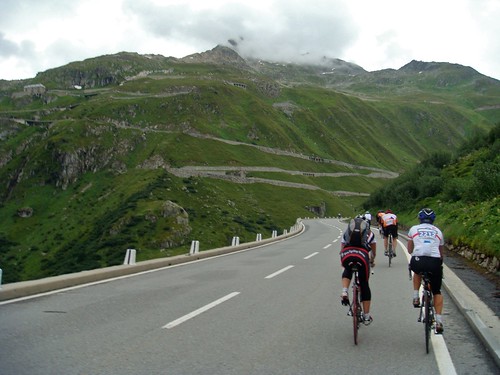 The descent of Furka all the way to Andermatt was one of the most hair-raising experiences of my life. Fast and scenic. I’ll have to climb this side someday. No photos, as I was trying not to fall too far behind Martin. After a traffic-filled descent on to Wassen, it was time for the last challenge of the day. The Susten Pass.

I found the first half of this climb a long, straight slog – I was getting tired. But the second half is far more interesting as the road hairpins up high. How tired was I? I forgot to take a photo of the altitude sign at the top! The shame. 🙁 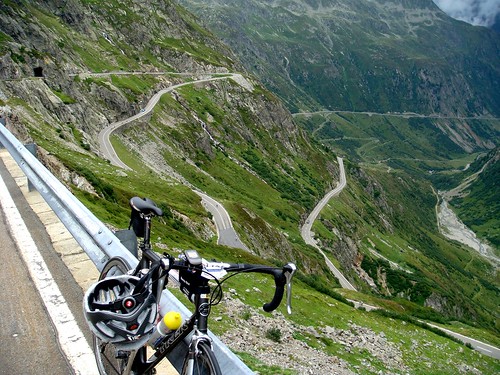 I have no idea if the descent of Susten is interesting. The first several kilometres were in a pea-soup fog. It was easier to see in the numerous unlit tunnels than in the open air. A little scary at times.

And finally, with 25 kilometres to the finish. The skies opened and it started pouring. Luckily it was warm enough, and I was pleased to have finished all the climbing – so I enjoyed the soaking as much as I could.

Martin was waiting for me after the Furka descent, and I somehow rode right by him. He waited 25 minutes and spent the rest of the race assuming i had crashed. Meanwhile, I was waiting at the finish – certain that I hadn’t passed him. So I briefly feared he had flown off a cliff in the fog. Needless to say, we were pleased to see each other when he crossed the line.

This event is superb. And there are longer versions with even more climbing. If it’s sunny next August, we “might” try the Gold next year.