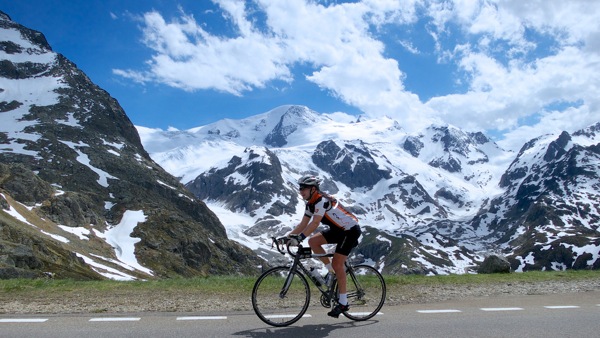 The west side of Sustenpass is rarely too steep. But it is a giant climb – 27.5 kilometres long. And it’s beautiful.

Descending from Lac d’Engstlen, I joined the road to Sustenpass about 4kms into the climb. The early part is fairly easy, and I stuffed some food and refilled the bottles and plugged away at this giant. Early on is a very unfortunately named little Swiss place.

One of the truly great loops in the Swiss Alps includes Sustenpass but from the other side. Also starting in Innertkirchen the loop climbs the huge Grimselpass, then the awesome Furkapass, and finally the east side of Sustenpass. I cycled it as part of the Alpenbrevet.ch — Details of this loop are here. It’s better done counterclockwise as the short stretch below Andermatt before Susten usually has traffic jams in summer and it’s best doing this downhill.

There are a bunch of tunnels along the route, more than ten – another reason to do the above loop counterclockwise. But none are too long, and there was virtually no traffic so it wasn’t too terrible for this tunnel wimp. And for those that really hate tunnels there are little side-walks that are rideable. 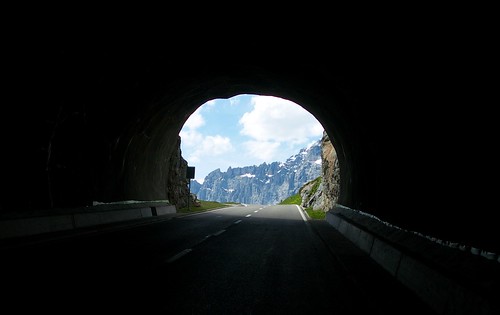 The entire climb is nice, but the higher I got, the better the views, I thoroughly enjoyed the entire route and hadn’t realized just how great a climb this is.

Some of the tunnels are very small: 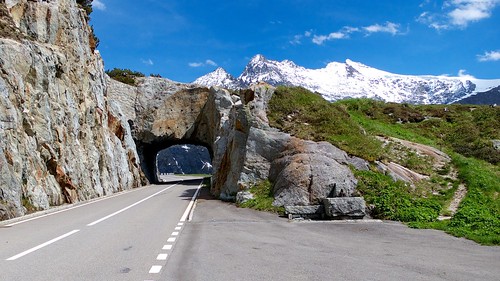 Anyway, the only other time I was here, in the other direction it was pouring with rain so I forgot a Col sign photo, so I was pleased to snap a shot for my collection and catch my breath. Just a dream day on the bike. This climb should be included on any list as one of the great Swiss climbs

And still some snow at the summit: 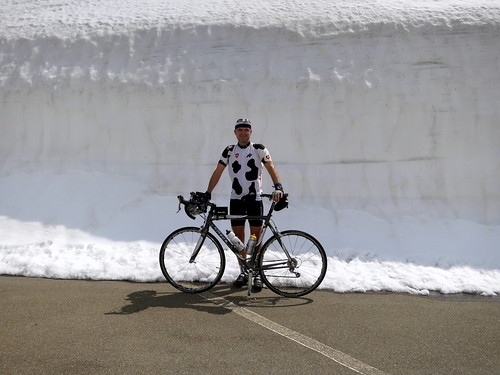