With the unseasonably warm November weather I was trying to think of a beautiful ride as close to high mountains as possible. The short, but very steep climb up to Col de Balme (near Chamonix) was perfect. 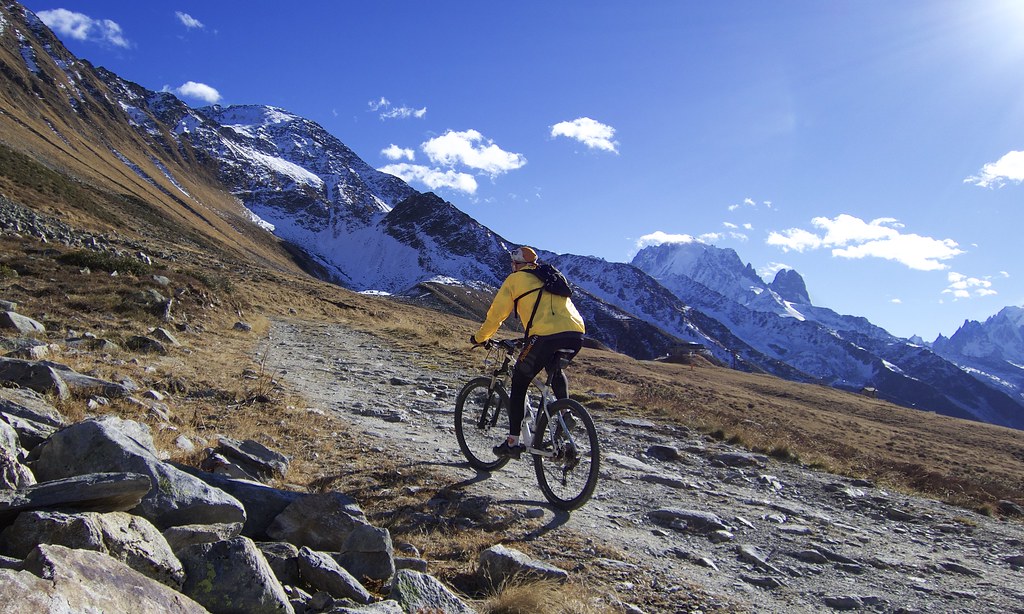 I’ve cycled this before and had planned to climb from the far side of Col des Posettes for a change, but realised as I arrived that this late in the season an east-facing climb would be dark/cold. So I kept things simple, going up and down the west side in glorious sunshine.

I started at the bottom of the ski-lift just above Argentière. The gravel service road is very steep until the top of the chair lift (see map below). 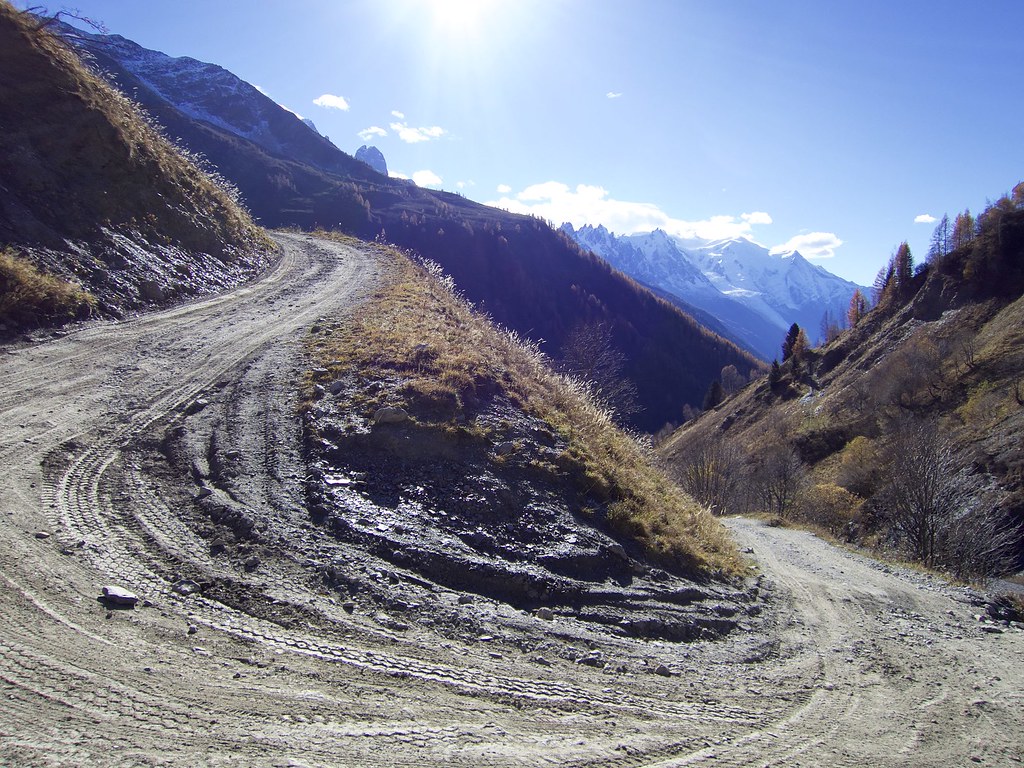 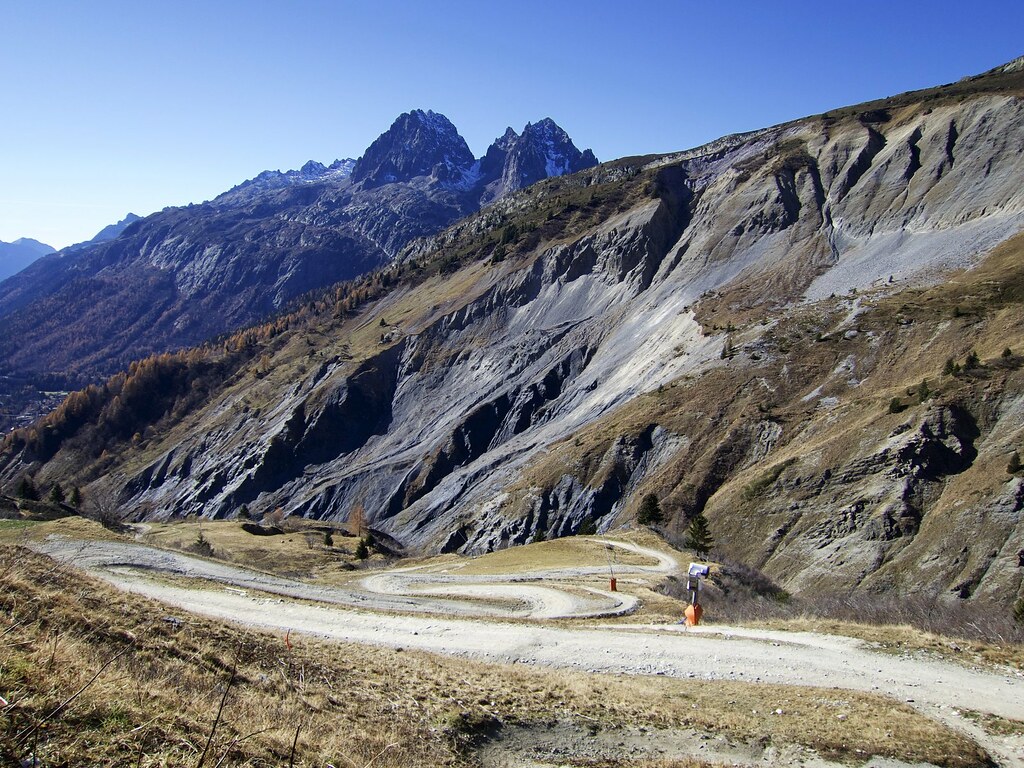 The road then gets more ride-able as it approaches Col des Posettes (1997 metres). It’s a beautiful place with snowy peaks, and glaciers just above. That’s the top of the ski lift below me just to the right. 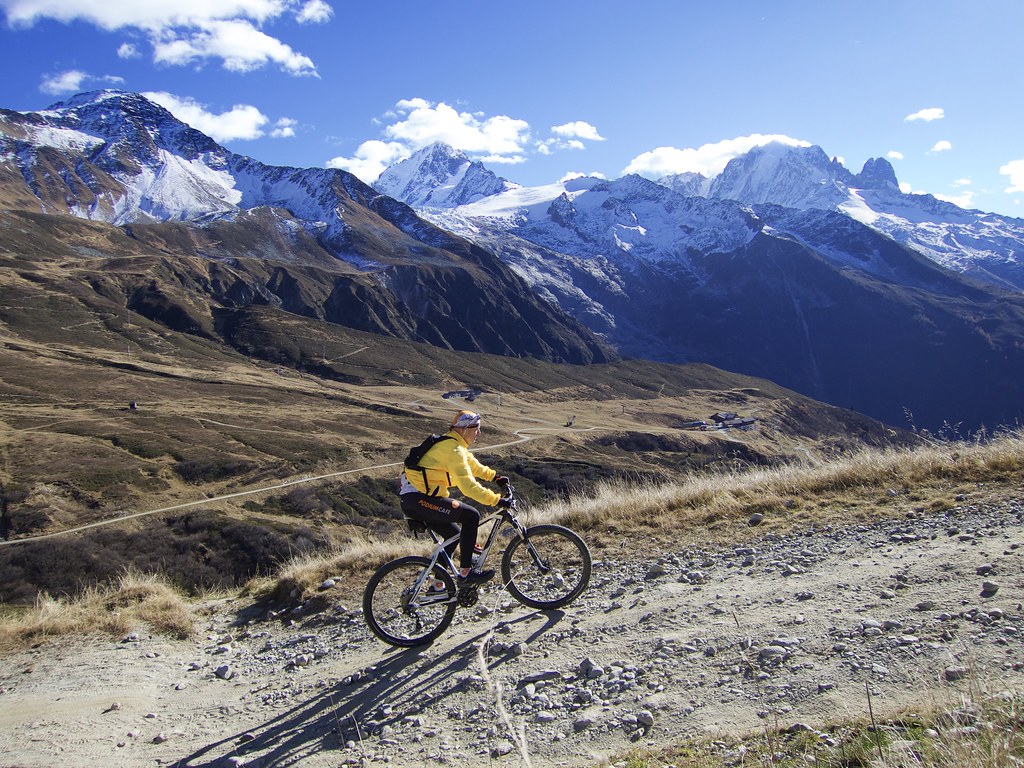 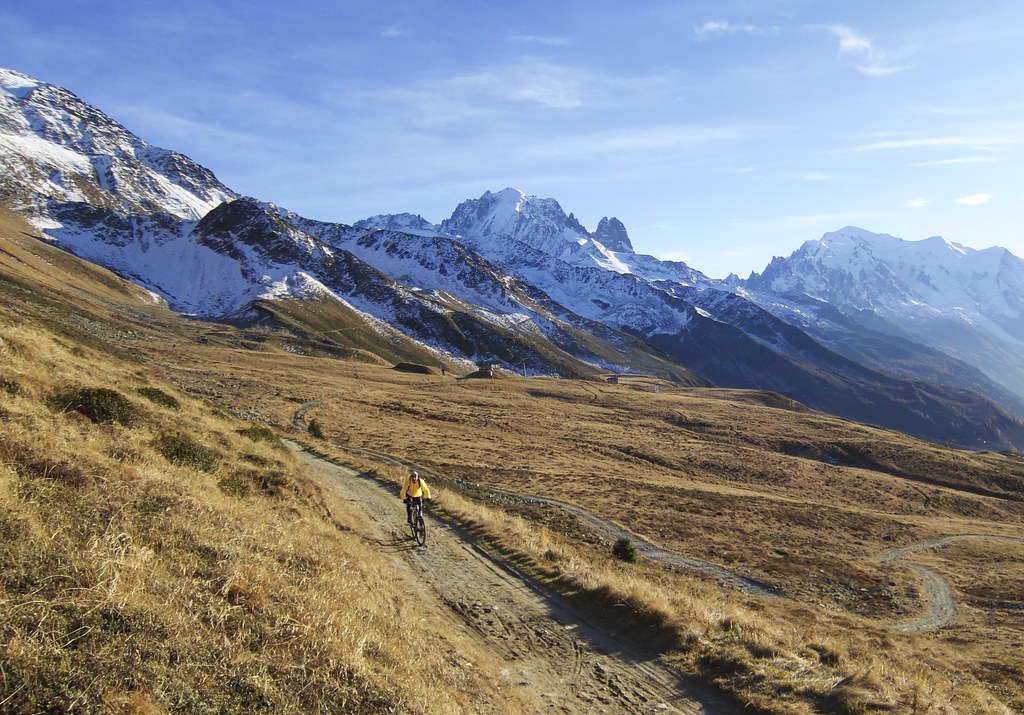 The road splits at Posettes but I kept heading higher to Col de Balme. 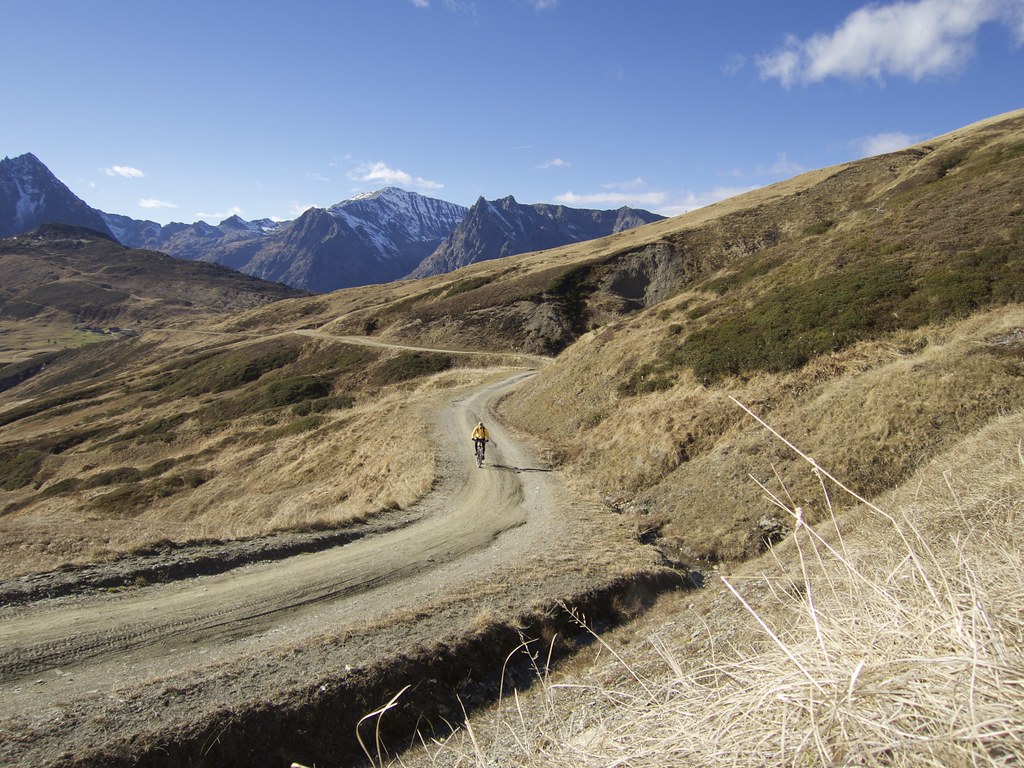 Col de Balme (2204 metres) is the French / Swiss border. While today the road linking Chamonix and the Swiss Valais is much lower, via Col des Montets, historically this was the route taken – to avoid the then impassable gorges below. There is a little board with some history. For example French refugees crossing the Col in deep snow as defeated Napoleonic forces fled the Austrians. 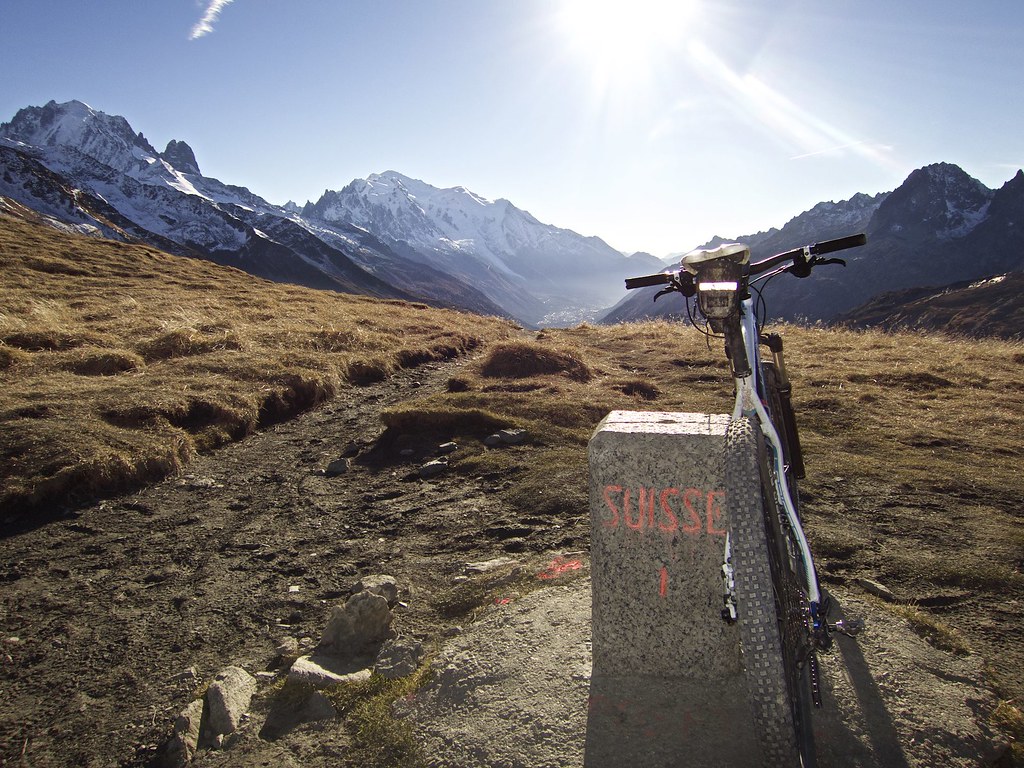 Before reaching Col de Balme, I explored a hiking trail that heads towards the Glacier du Tour. 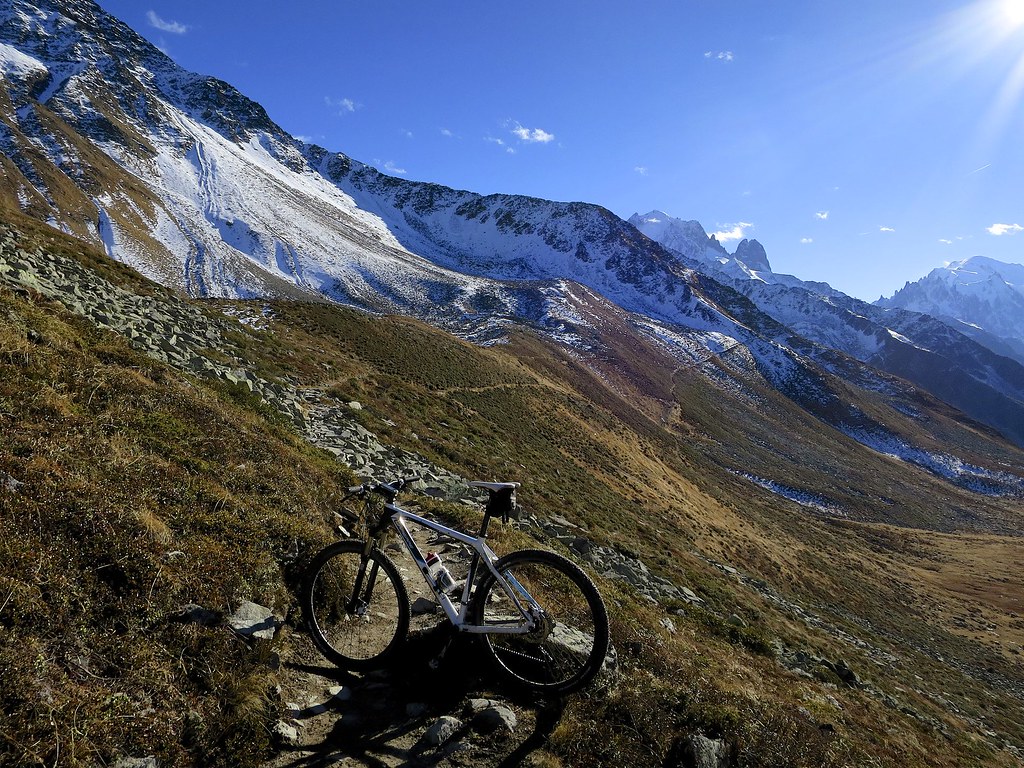 This short stretch in the shade was a little scary/icy: 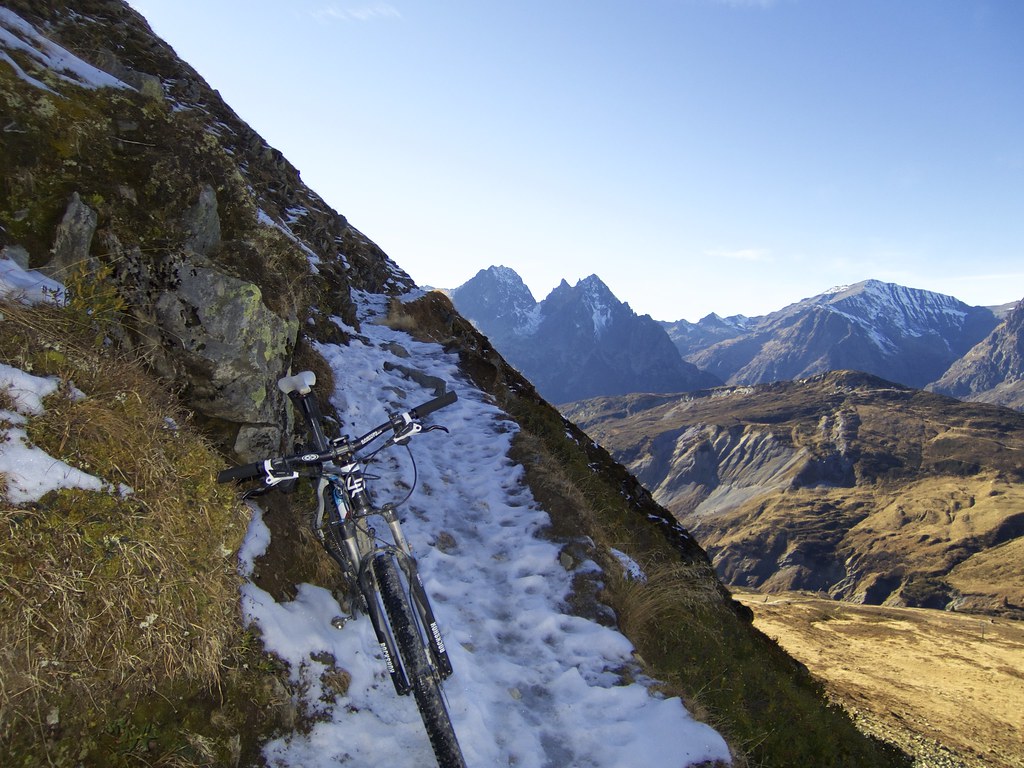 I left my GPS on the bike, so it doesn’t show on the map, but I decided a bike here made little sense, so I just hiked as far as Lac de Charamillon. A hiker told me he used to visit here as a child and it was full of water. Not these days: 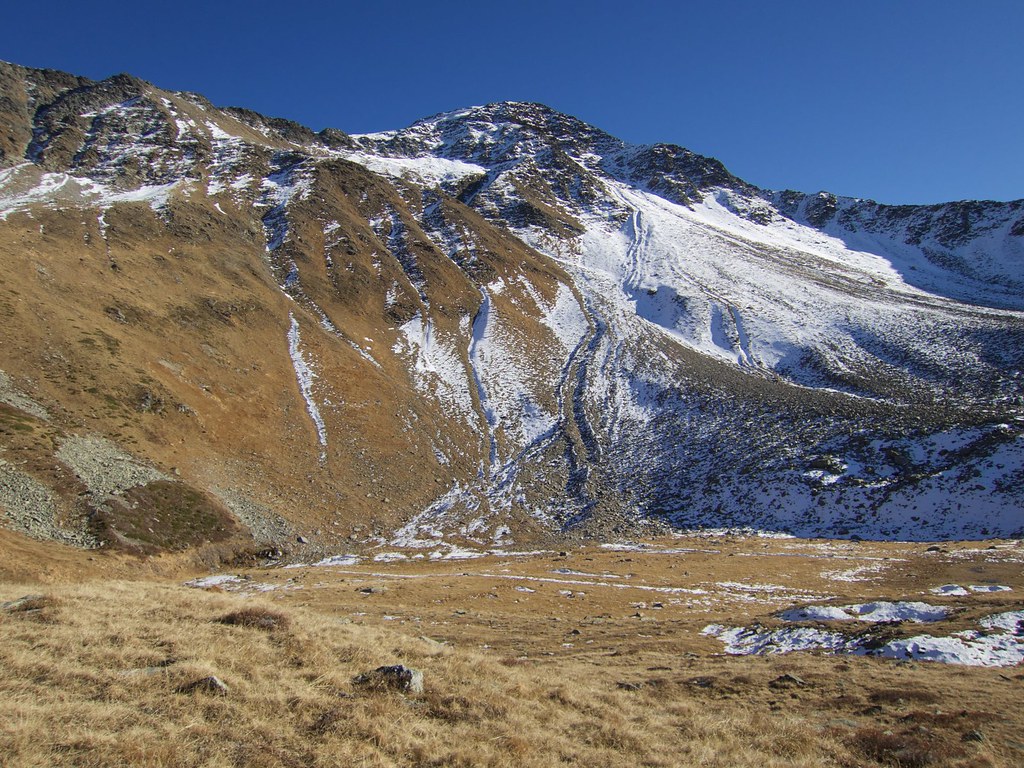 From Col de Balme, there is a trail higher up to the top of a ridge near the “Croix de Fer (2343 metres)”. Not completely rideable, but the views over the top are worth the effort. Especially the view of the dam and Lac d’Emosson – a favourite cycling destination of mine that will be in the 2016 Tour de France. I took this trail last year. Photo from 2014:

But this time, I instead took an easier trails along the French/Suisse border: Fun. 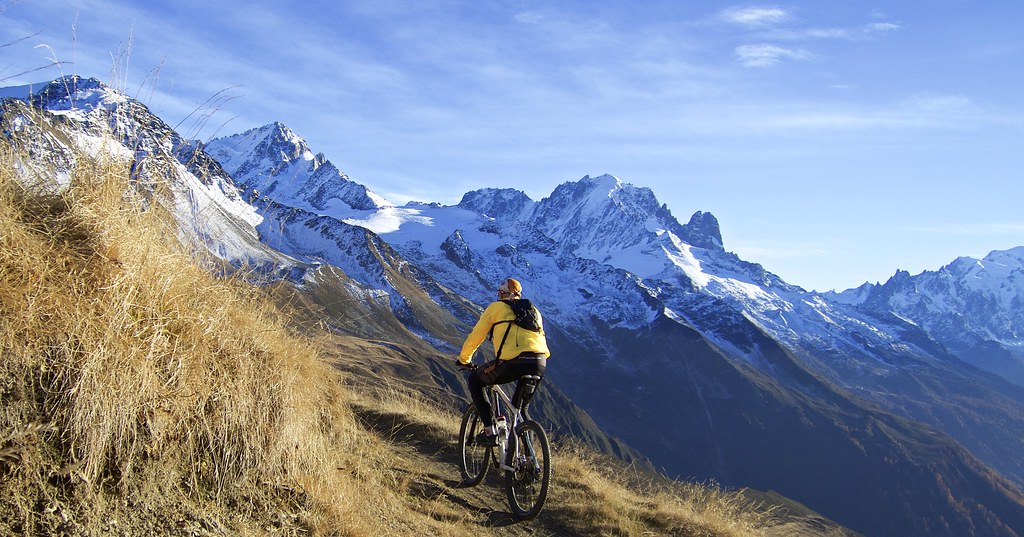 I was pushing the bike and chatting with an interesting old Savoyard and again briefly left the bike as we searched for and finally found Lac de Catogne.

At this point, the sun was getting low so I decided to just call it a day and descend the way I had climbed. But there is certainly a big loop to plan next year that includes exploring the Swiss side of this truly beautiful Col. 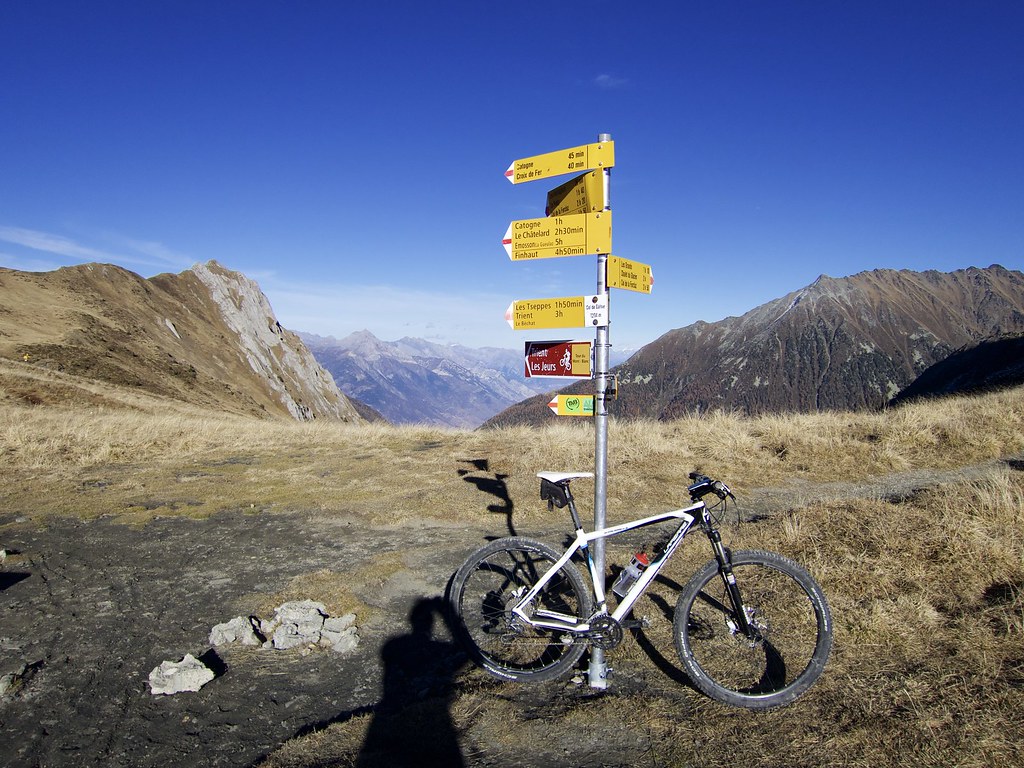