Every year the Geneva basin spends much of late autumn under low inversion clouds. Below, the world feels dank, foggy, miserable. But some of us know that the sun is only a climb away.

Col de Crozet, in the French Jura mountains, is an excellent, very quiet, unpaved road up through a small ski station. This is a perfect climb to get “above the clouds” 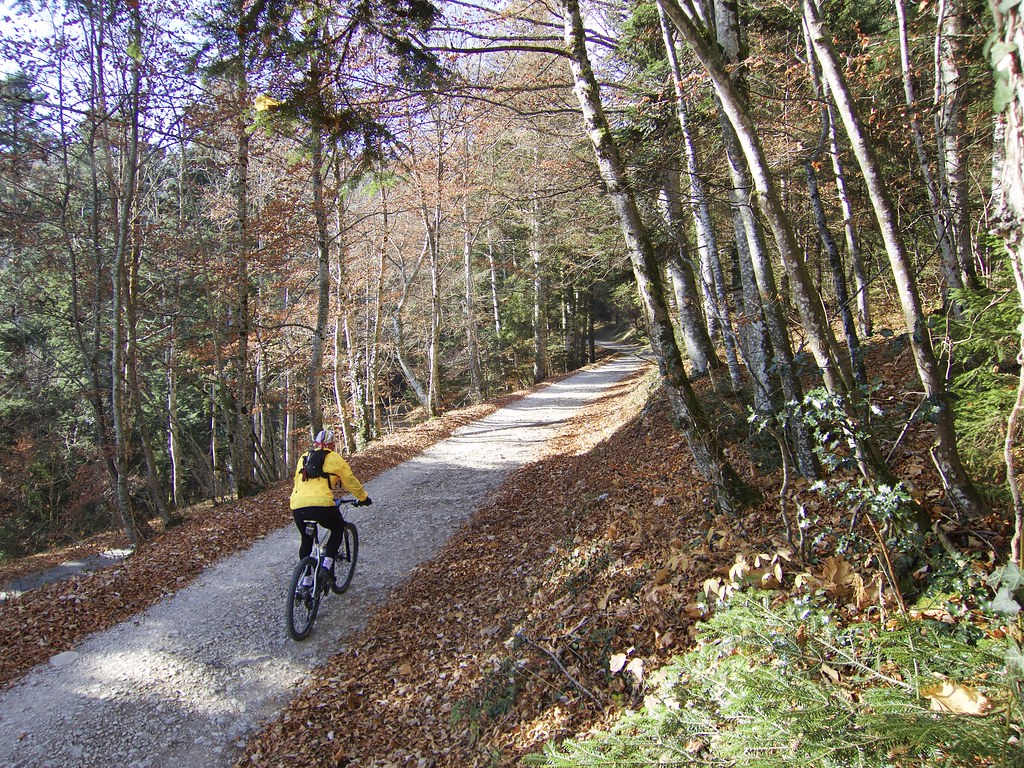 Much of the climb winds up through the mountain woods, but eventually gets above the trees. Always nice views of the distant Alps. Above the clouds: 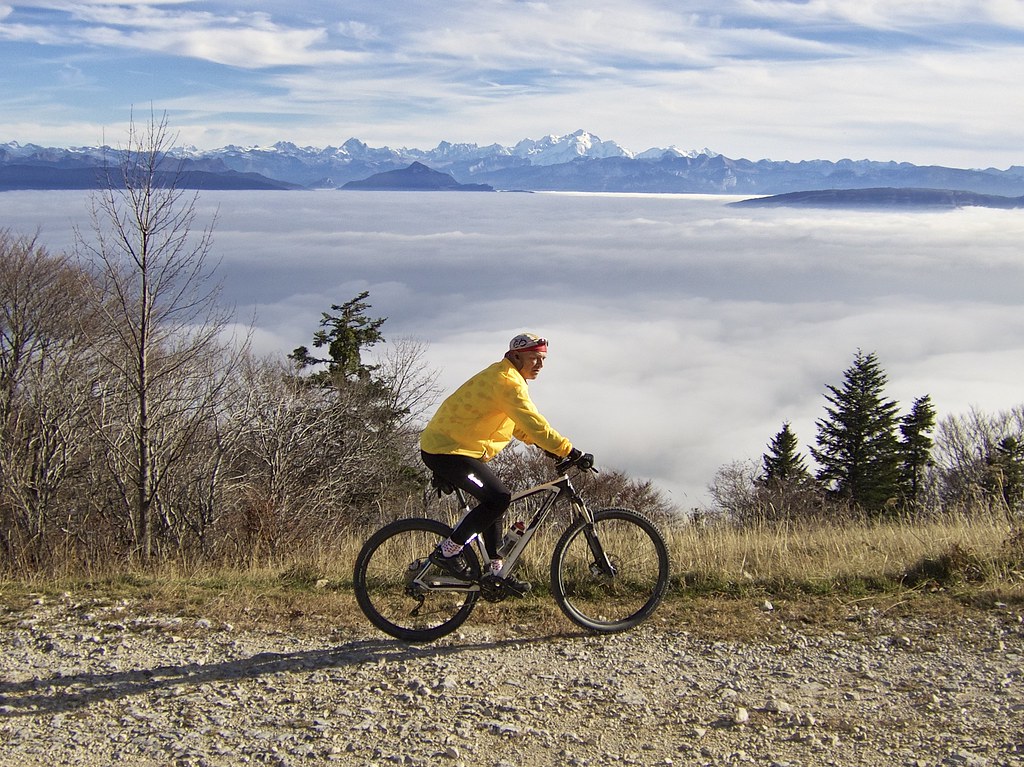 View from Col de Crozet (1485 metres) down the ski slopes: 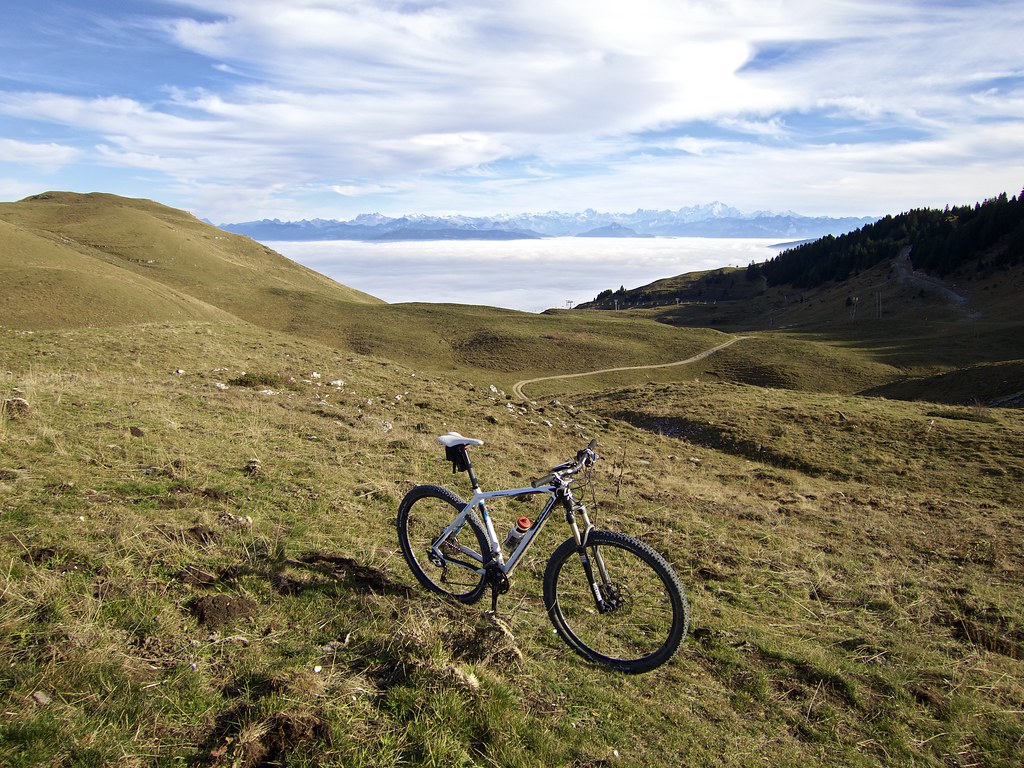 At the Col, a short walk across a field, is an artificial lake probably used for snow making. Beautiful: 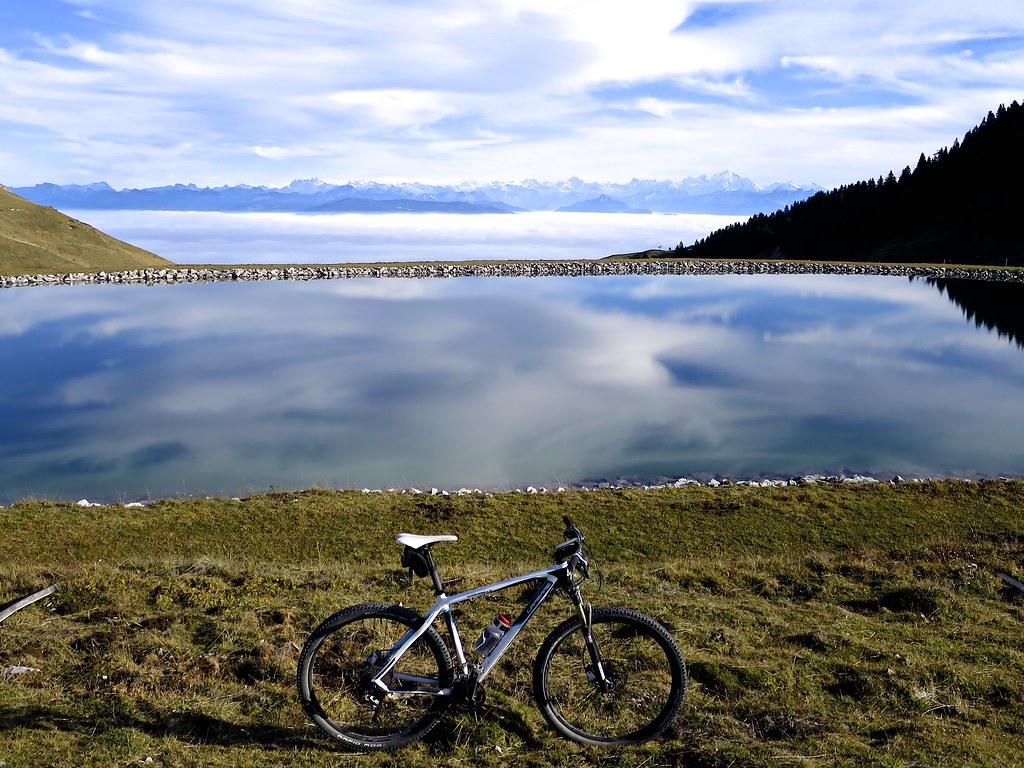 The profile above extends perhaps a kilometre above the geographic col. The high point of the route is roughly 1510 metres. From here, the road becomes paved again. In fact, this far side is one of the highest paved roads in the Jura mountains. See here for the ten highest.

It’s a fun, gentle, quiet descent for several kilometres to Col de la Faucille (1323m). Col de la Faucille, while one of the best known Jura climbs, is far from my favourite. The road can have fast traffic, with trucks. Don’t get me wrong: It’s not terrible, and quite popular among local cyclists (who perhaps don’t know the other, far quieter, paved options nearby like La Barillete, La Vattay, or La Baudichonne). Anyway, I enjoyed the fast descent.

The last time I climbed Col de Crozet, I descended via Col de Combe Blanche (Col de la Vattay). A longer, but much quieter way down. Recommended if you have the time. See here.