Starting from Chamonix in the shadow of Mont Blanc, this fantastic loop is almost entirely on trails or unpaved roads. Views to die for and occasionally very, very steep.

Chamonix is sometimes called the adventure capital of Europe. Skiing, mountain climbing, parapente, etc. But it’s a lousy place for road biking – a busy main road through and not much else. Mountain-biking can also be tough as steep mountains on each side of the valley limit roads. But there are definitely a few spectacular options with some planning. And this route is one of the best.

I started near the trail-head of a few signed mtb trails and followed one through interesting, quiet, forest gravel roads/trails towards Argentière. I didn’t take many photos lower down, but this 12 kilometre stretch was a lot of fun. 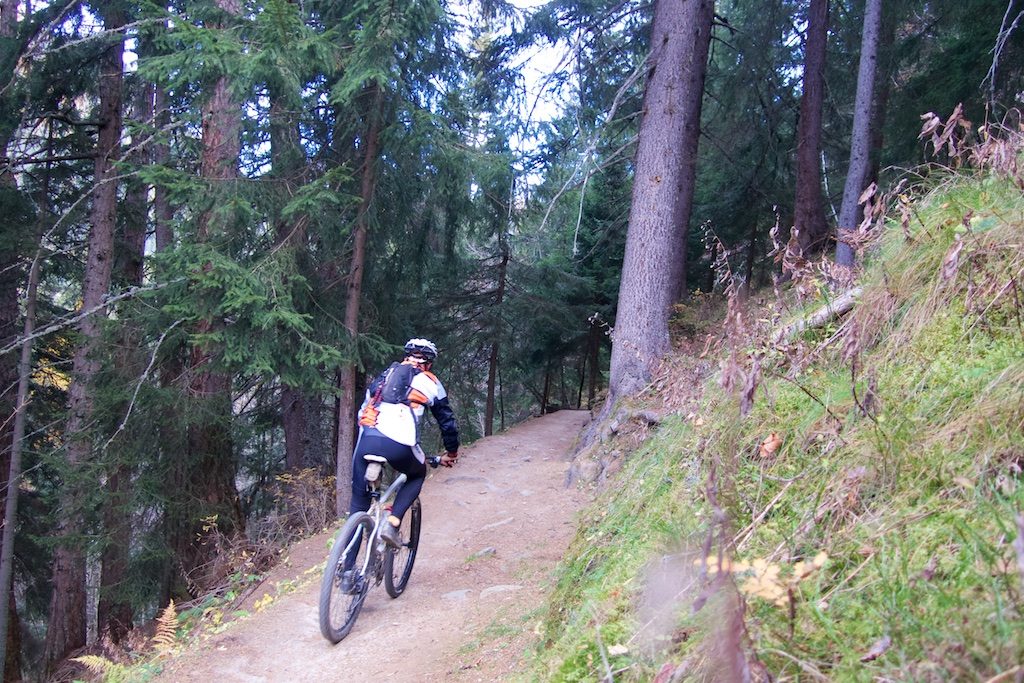 Above Argentière, I very briefly joined the main road for a few hairpins leading to Col des Montets (note a trail option is possible just right of the paved road, a touch steep). Just short of the Col I noticed a little lake with great views:

From the Col, I immediately left the main road joining a superb trail descending towards Vallorcine. Great autumn colours, even the coniferous trees go orange here. 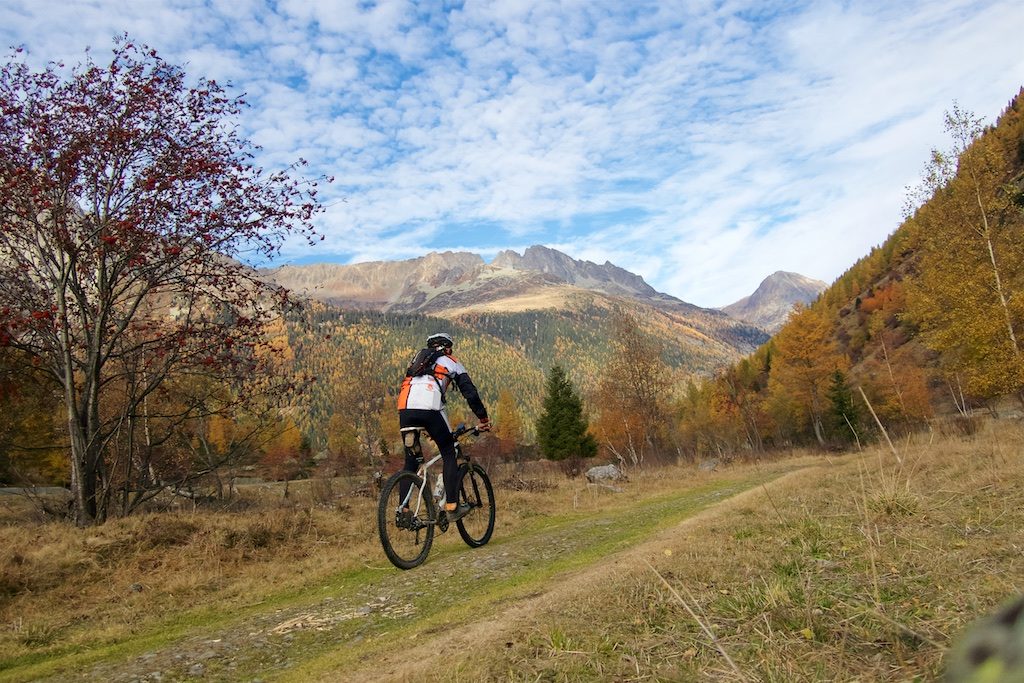 I left this trail near Vallorcine turning up onto a gravel road that is basically a ski-lift service road leading all the way up to Col des Posettes (1997 metres) and then Col de Balme (2204 metres) – both labeled on the map. It’s bumpy and occasionally very steep, but deserted and increasingly beautiful. The route runs against the Swiss border and I could see the beautiful Barrage (dam) d’Emosson in the distance (it was in the Tour de France in 2016 – climb details here).

I found a fantastic bench beside a hairpin looking straight at the dam so I enjoyed a nice break.

Reaching Col des Posettes the views change as the snow covered peaks of Mont Blanc and Les Grandes Jorasses come into view over the far side.

It’s a magnificent environment. Col de Balme is exactly the French / Swiss border. While today the road linking Chamonix and the Swiss Valais is much lower, via Col des Montets, historically this was the route taken – to avoid the then impassable gorges below. There is a little board with some history. For example French refugees crossing the Col in deep snow as defeated Napoleonic forces fled the Austrians. 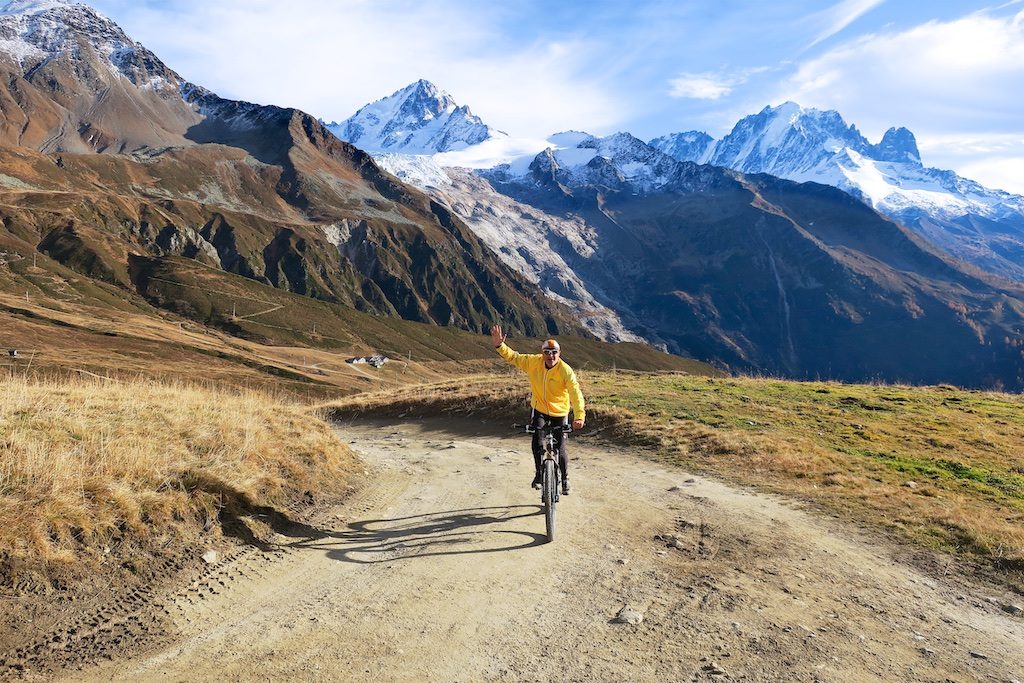 From Col de Balme I began the long journey back to Chamonix. The top half of the descent is super scenic, the bottom half scarily steep. I have cycled up it a couple of times – see here. Both previous times were simple up/downs, but this loop via Montets is far superior and I’d say climbing to Balme from the Vallorcine side is a little bit more ride-able than directly from Argentière ….. but both are awesome.

Again, returning to Chamonix I mainly took trails. In fact, I was super pleased with the lower trails at both the start and end of this ride. So much better than the busy-ish main road. See map at top for details.

I loved this loop. I can't recommend it enough.