Yes, I have been going through an “Alpine Lake” phase recently. 🙂 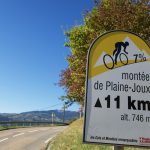 This is another route that starts with an interesting road bike climb but then continues much higher on gravel roads. So I’ve added profiles at right for both the paved climb, and the entire climb to the high point near Le Refuge Moëde.

The ride starts near Sallanches but climbs the other side of the valley from the climbs to Bettex and to Megève that both appeared in the 2016 Tour de France. It’s roughly 14 paved kilometres to the little ski station at Plaine Joux. There are a few choices for the early kilometres but I soon joined the main road that include nice cycling kilometre markers – see map below. It’s not the steepest climb, but interesting: plenty of hairpins and killer views of nearby Mont Blanc. 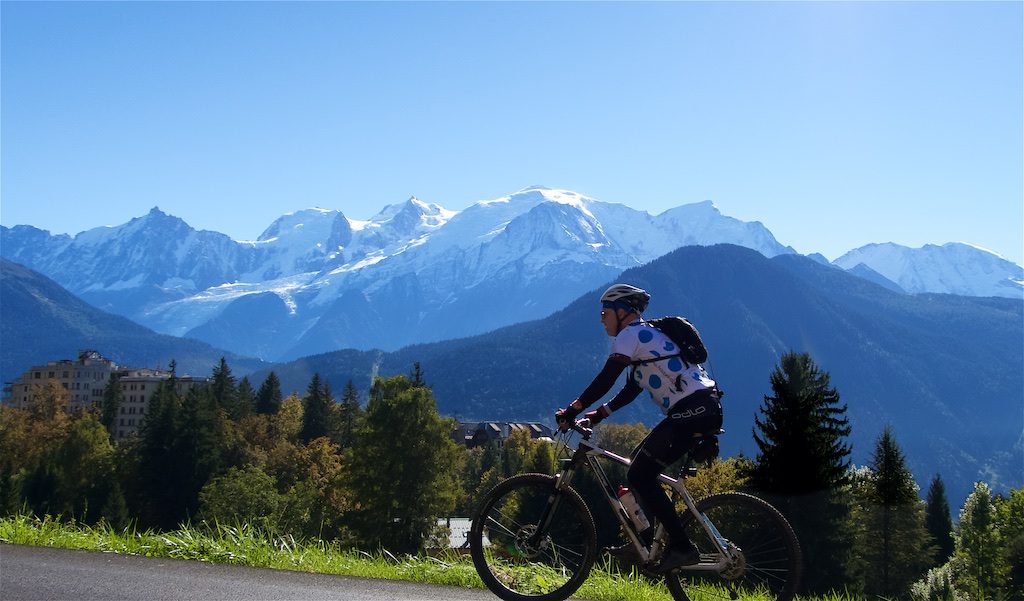 At Plaine Joux (1352 metres) are several restaurants, parking, and an incredible launch spot for parapenters – so I stopped to enjoy.

The real fun begins here. From Plaine Joux I joined a gravel road that initially steeply heads up a little ski slope. Throughout this climb I would have Mont Blanc far to the right and on my immediate left the imposing Rochers des Fiz mountain ridge/wall above me on my immediate left. I wouldn’t get a good photo of this huge dolomite-looking ridge until I was much higher.

At roughly 1600 metres there is a fun, flattish stretch, through the rocks, then passing some farms/chalets. And then the gravel road gets super steep – see profile above. While the route is generally completely ride-able, I had to walk some stretches here. But it’s a fantastic road. 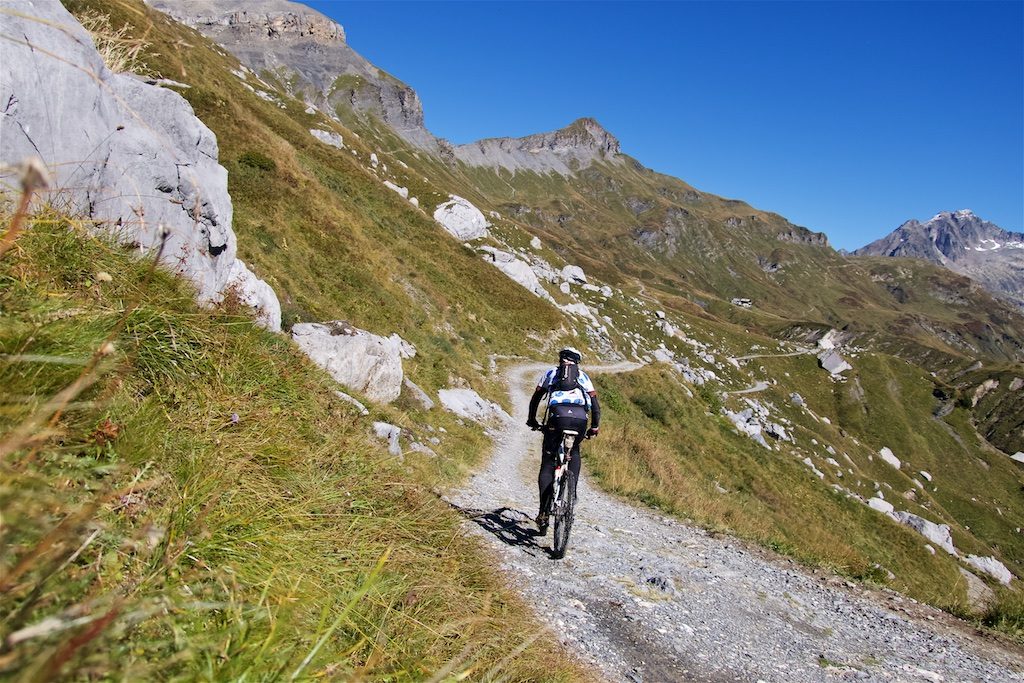 The high point of the road is just above 2000 metres. It then traverses to Le Refuge Moëde at 2002 metres. Here there are trails in all directions: straight up to Col d’Anterne, continuing to Chalet d’Ecuelle, down the far valley, etc. But I chose a fun ridge trail that leads to Lac de Pormenaz. 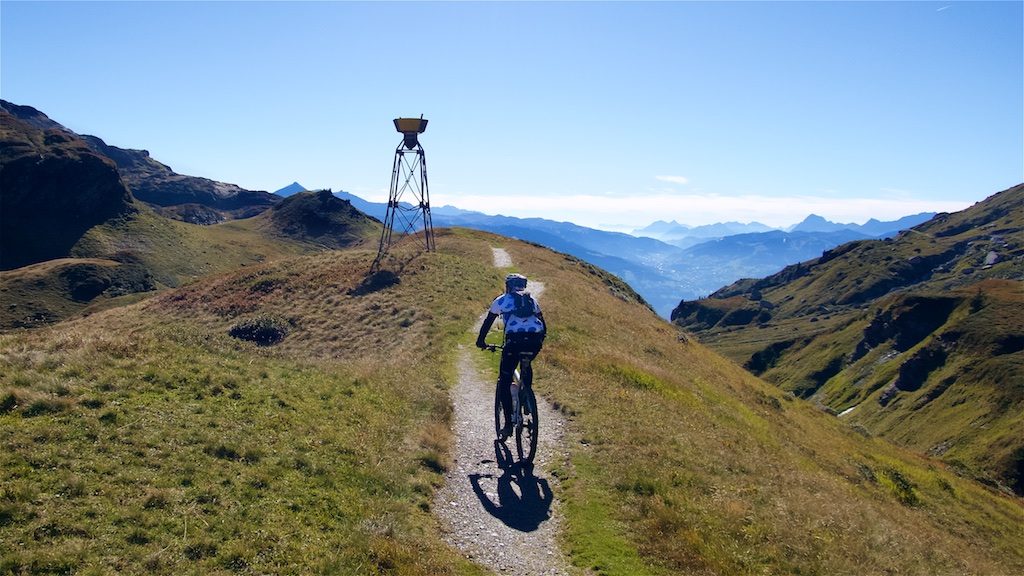 It’s perhaps 70% ride-able and passes Col de Laouchet (1940) along the way. “Bagging a Col” of course made me very happy:

I would hike around the lake on a small trail. But BEWARE there are a few places that require very tricky bike carrying scrambling up and down some rocks. So avoid this tiny loop if this is not your thing.

The lake is beautiful and worth the detour. While views of Mont Blanc are blocked, views of Les Rochers des Fiz are perfect. 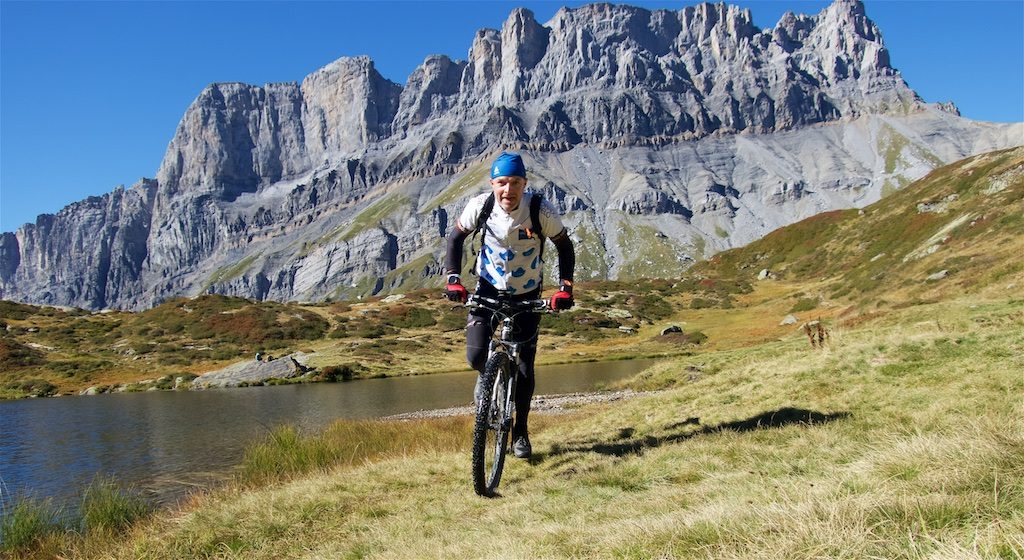 I double back from the lake to Refuge Moëde passing a few smaller lakes along the way: 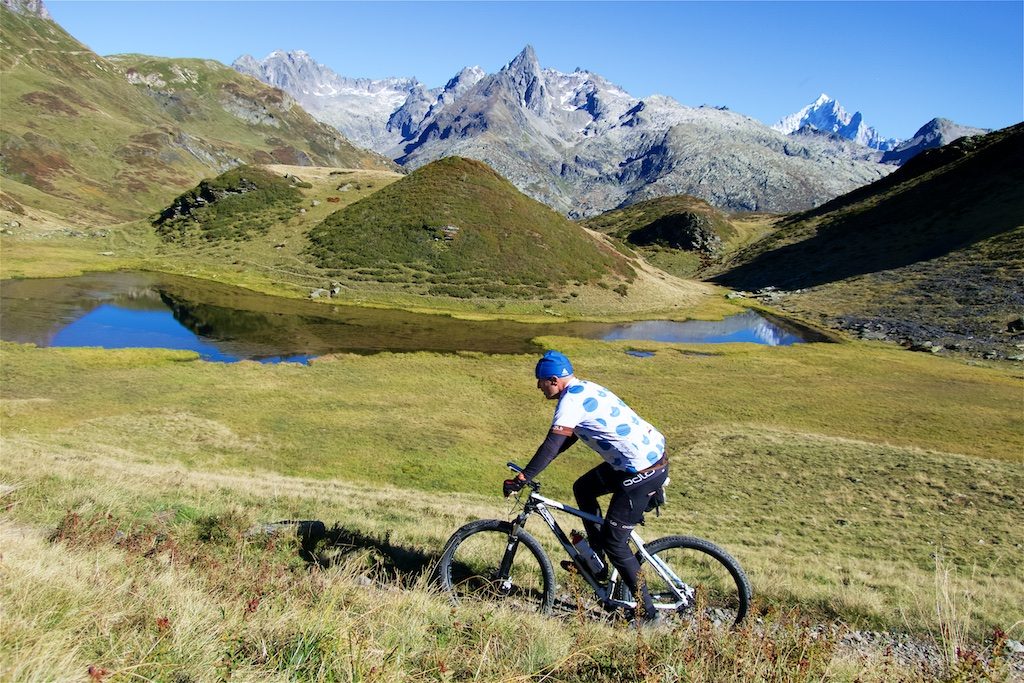 It’s occasionally a tricky descent on the steep stretches so jogged here and there. But it’s so much fun despite the occasional traffic: 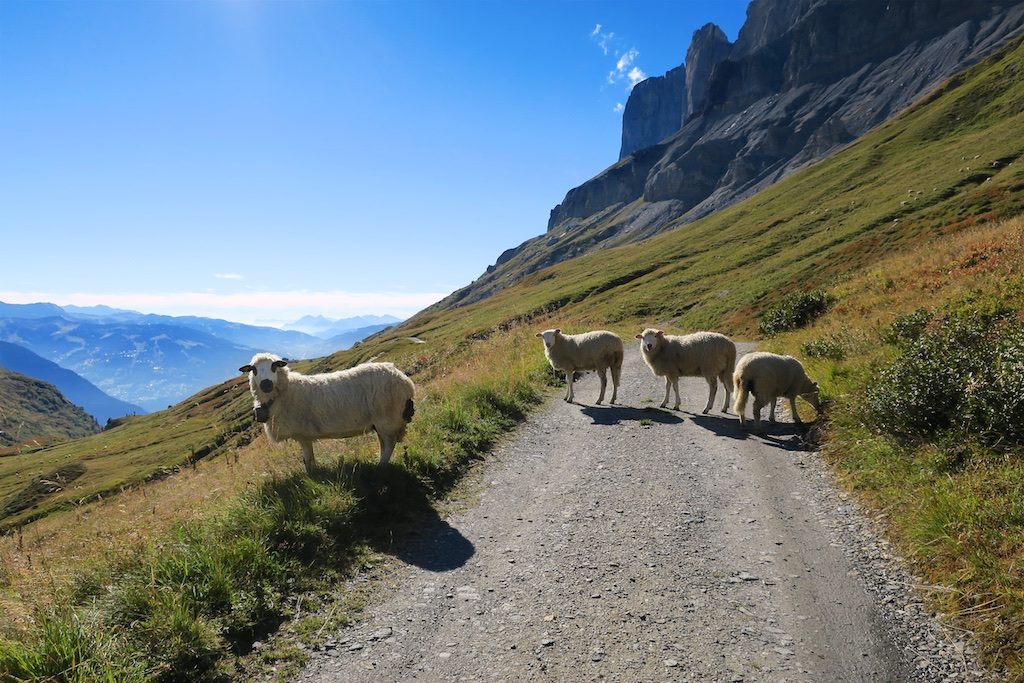 As I reached the little plateau near 1600 metres with the old buildings I turned down onto a different gravel road – see map below. This eventually reaches a stretch that has been closed due to avalanches. It’s fenced off but passable/fine on bike.

I reached Plaine Joux and returned to the parapenter take-off zone to enjoy the views. 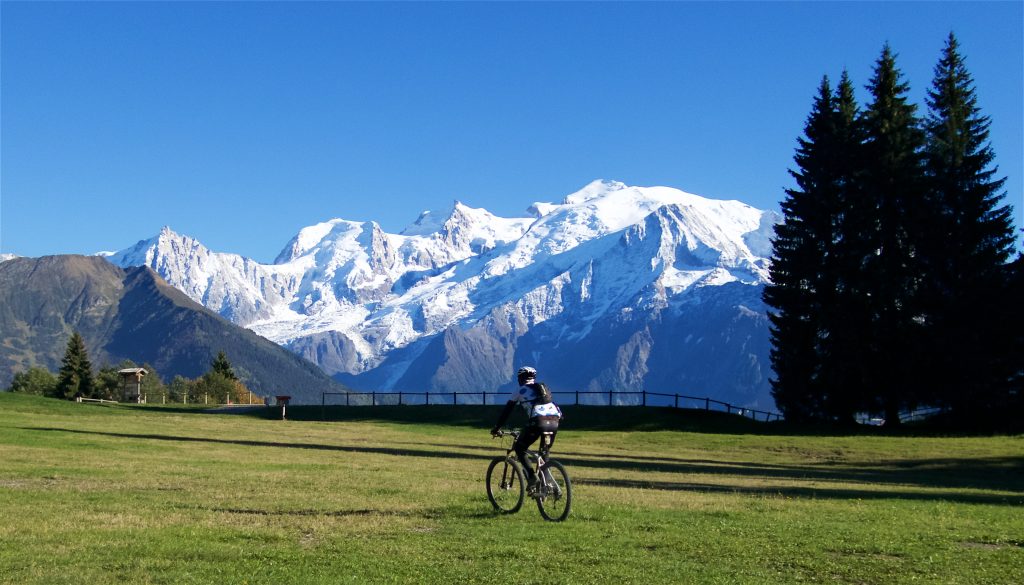 Finally, descending the paved road I took an alternate route (there are several for the lower 2/3s). They are all fine.

This fantastic route is one to save for a sunny day as it’s spectacular throughout and it would be a shame if clouds blocked Mont Blanc. Again, the 14 kilometre paved climb is good, but as is often the case, the real fun is higher on unpaved “roads.”