This is a very tough, quiet climb on the north edge of the French Alps, on the other side of the big mountains one rides beside while climbing Col de la Colombière.

I started from the village of Thuet at 450 metres. The first few kilometres are also on the way to Plateau de Solaison. It’s consistently 10% or higher as the road climbs through the woods. 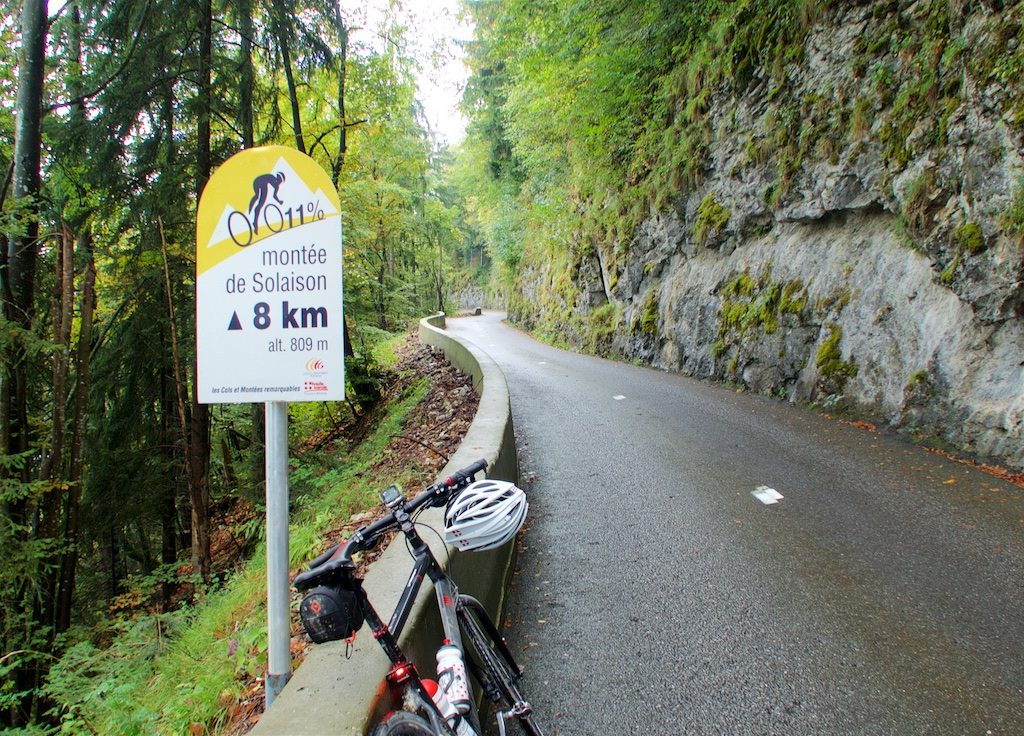 I had planned to take the D286 through the Gorges du Bronze, but it is currently closed for a month for construction. So instead I stayed on the Solaison road until Brizon and traversed across to Mont-Saxonnex (see map at bottom). No worries, this is a terrific cliff road, in fact the plan was to climb one way and descend the other. 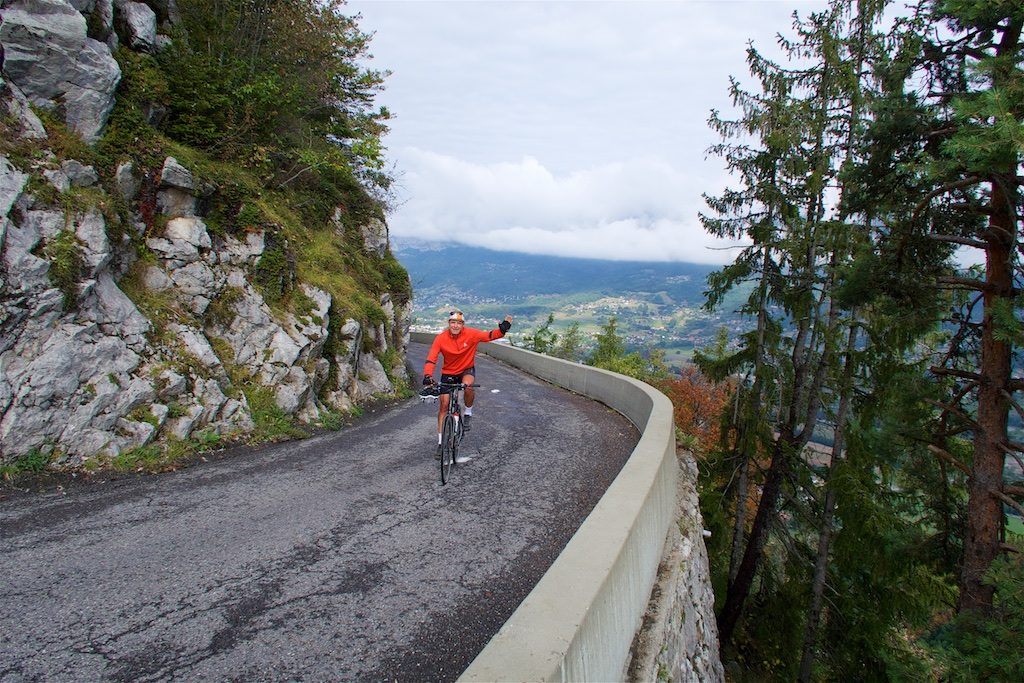 A couple of kms above Mont-Saxonnex (roughly 1150 metres) I turned onto an unpaved road leading to Lac Bénit. This is steep, slippery gravel – frequently 20% or so. With the recent rain, I found it too slippery to ride very much. But I wanted to see the lake so I kept going.

The lake backs against a big wall of mountains – tough to photo. It’s a popular hiking spot apparently. Plenty of picnic tables, etc. 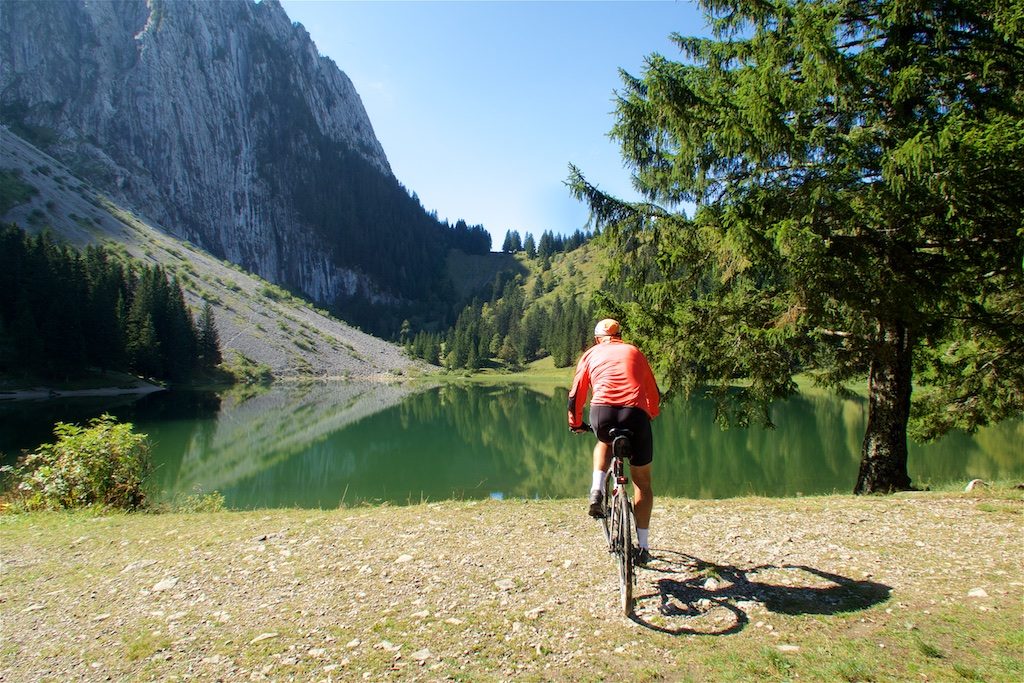 From here, i briefly doubled back and took a rideable trail until the top of a little ski-lift – maybe 1540 metres. I then took a steep, well-marked but completely unride-able (40%?), hiking trail down to the road that leads to Col de Cenise. At 1250 metres I re-joined the paved road.

Let’s be clear: the road to Col de Cenise is great. But my detour to the lake? I can’t recommend it for cycling. It’s mainly unride-able up, and absolutely unride-able down. But I enjoyed the chance to visit for the forst time. I like alpine lakes. 🙂

Here’s a link to a ride/map where I climbed directly to Col de Cenise via Gorges du Bronze.

You may not be interested in Lac Bénit, but the top kilometres to Col de Cenise are fantastic. It’s a beautiful road with great views: 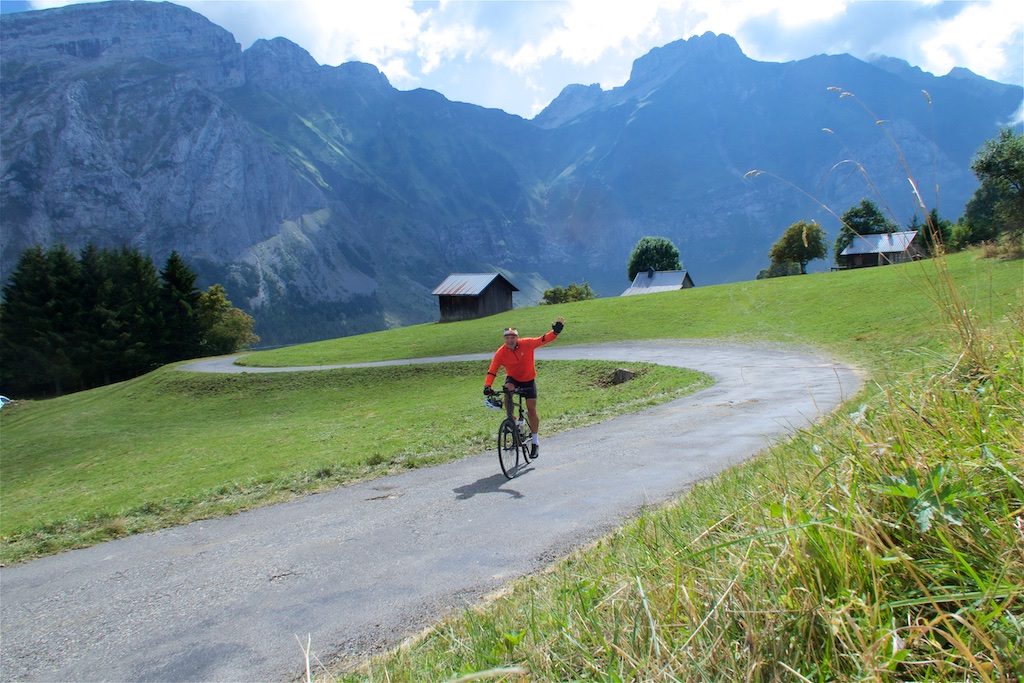 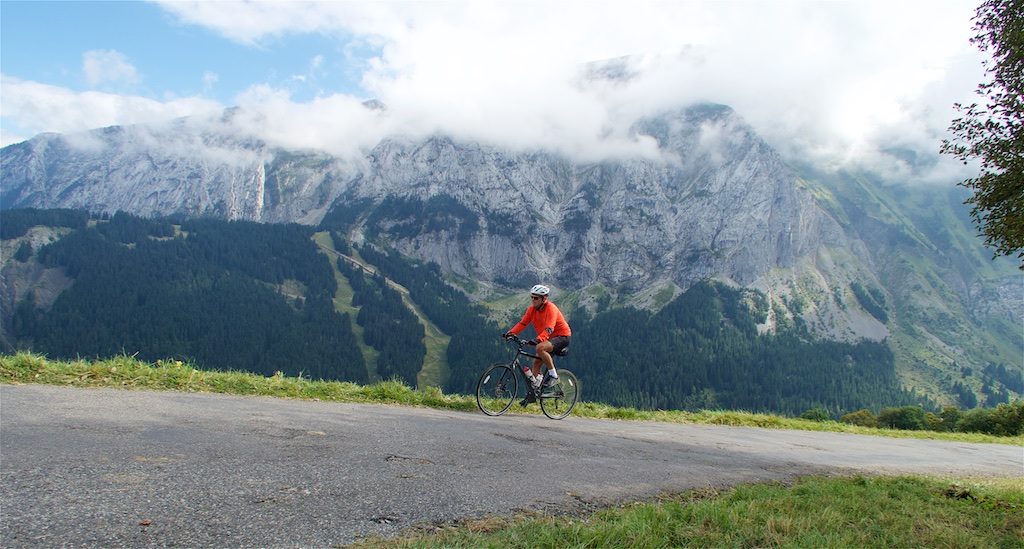 It is paved until 1570 metres, two kilometres from the Col. The last two kms are a rough, narrow farm road. Perfectly ride-able. 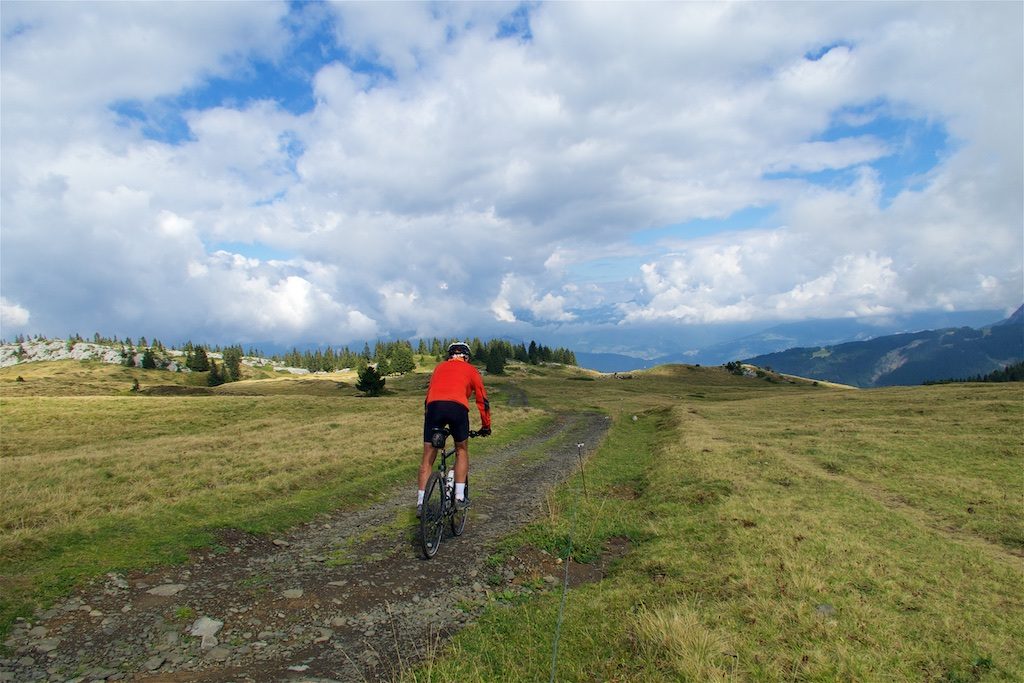 I decided to just turn around at the col and descend the same way I climbed. But I could’ve (should’ve) gone over the top and looped back to the start via Plateau d’Andey. Here’s a ride where I did this loop but in the other direction. Note: the far side of Col de Cenise is also steep, and very interesting – starting from Le Petit Bornand. Note: the top couple of kilometres on that side are also unpaved.

Finally, here is a link to a slightly crazy ride that gets to Col de Cenise via Lac de Lessy and Col de Sosay (1994 metres). Tip: don’t descend Sosay when it’s covered in snow :).